I have been slacking in the writing department lately. My only excuse is that we finally got some summer-like weather and I have been taking advantage of it by spending as much time as possible outdoors.

So far, I have weeded the garden (which, was no easy task when one realizes that the only thing currently growing in the garden is weeds), and I have taken a number of long walks in the park (because the Fitbit continues to control me like a puppet on a string; I am not ashamed to admit it).

I'm glad I spent the time outside because the weatherman is predicting a very rainy weekend, again. On the bright side, maybe I will catch up with some posts.

Anyway, today I want to write about some more of my favorite girls-The Girls, to be exact.

As you know, The Girls and I go way, way back. In fact, I think I calculated that we have now been friends for just shy of thirty years.

That's a lot of years. Which, means that I have a huge inventory of pictures of all of us together at my disposal. One day, I will get around to scanning all of them before they completely disintegrate along with the albums they are stored in (some are so permanently adhered to the pages, I fear ruining them simply by trying to remove them), until then, I will scan a few here and there for entertainment purposes, and, to serve as a reminder of just how old we are all getting. 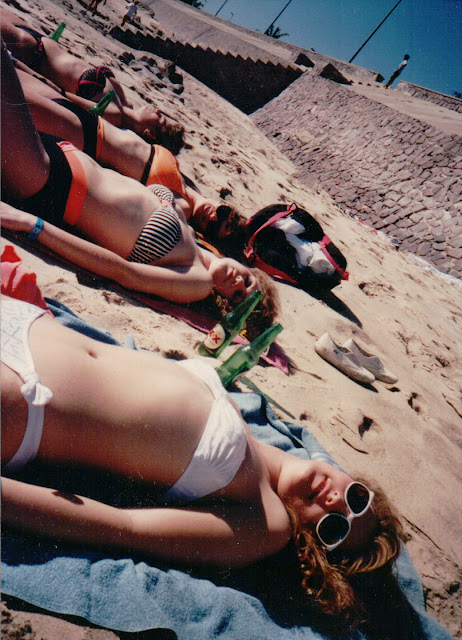 Ah, Spring Break 1989? 1990? Something like that. Mazatlan, which was the first solo trip out of the country that any of us had ever taken. There was a lot of alcohol involved as well as some brief nudity and minor profanity. All in all, I would rate it just north of PG-13. You know, if it were a movie.

As an aside, can you believe that, when this picture was taken, we all thought that we looked fat? Ridiculous. 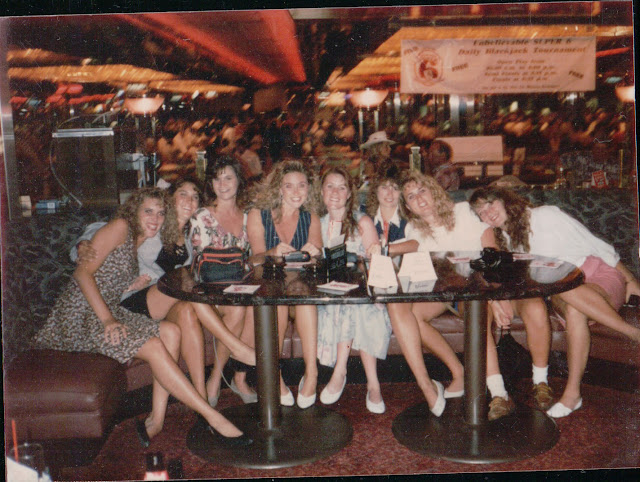 Las Vegas 1993. Reese and I were getting married the following month (no, not to each other; the US had yet to reach that level of progressiveness) and The Girls wanted to celebrate in style. My sister, Barbie, joined us as well.

That week was a blur of hysterical laughter, poolside fruity drinks with colorful umbrellas, the loud clanging of slot machines, and stomach cramps caused by laughing too hard for too long. It remains one of my favorite trips, ever. 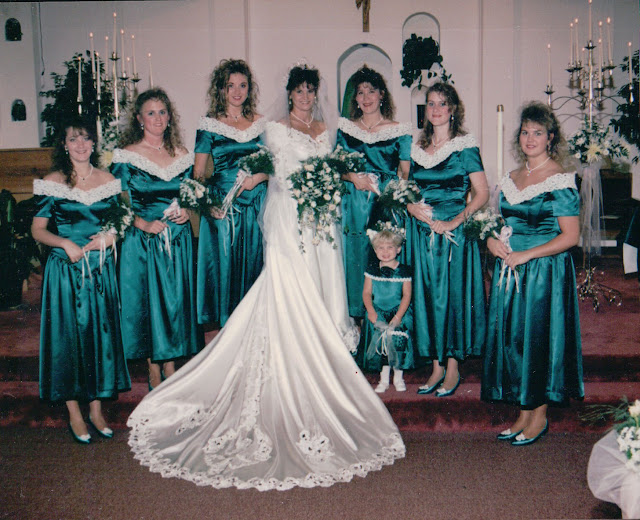 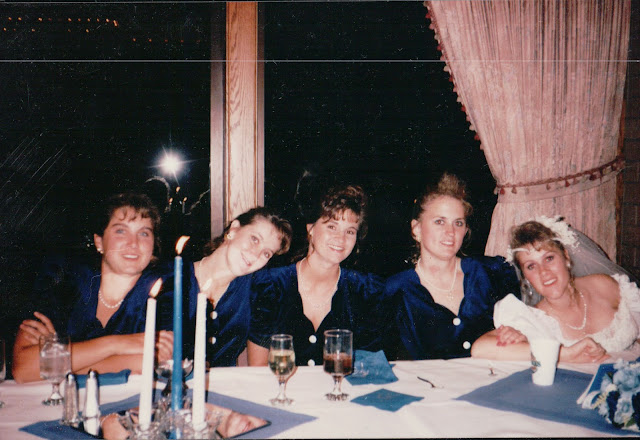 We took a little break in between weddings at that point and Reese and I both started families, which, cut into girl bonding time, as it does. We managed to see each other in small groups and one-on-one as often as possible, but, it was a few years before we would all reunite as a large group... 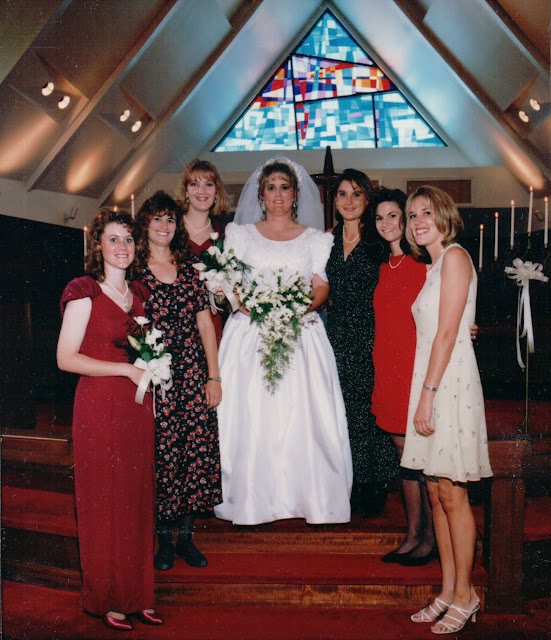 September 28, 1996. Jules' wedding in the town of our Alma Mater. The party the night before this wedding will go down in history as one of the rowdiest of our friendship. I missed most of it because I had The Teenager with me and, being that she was seven months old at the time, I was still snagging sleep at every possible opportunity. The rest of The Girls, however, rolled in just before dawn; I have no idea how they managed to look so radiant later in the day, but they managed. 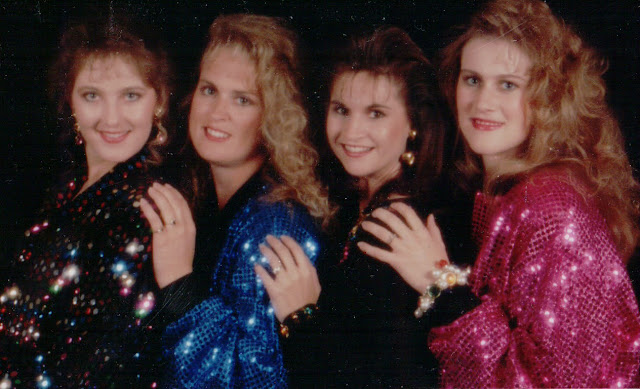 Speaking of looking radiant. Glamour Shots, circa 1994. I just had to throw that one in for kicks and grins. I mean, what self-respecting woman of the nineties didn't have a Glamour Shot proudly displayed in her living room?﻿ Again, a short break from weddings while we waited for Phoebe to realize that she actually was in love with the boy next door. Literally, she and the groom had grown up together, it just took them a while to notice each other.

Actually, Reese was about nine months pregnant at the time, so, she partied more like it was 1899, but, she gets a pass. 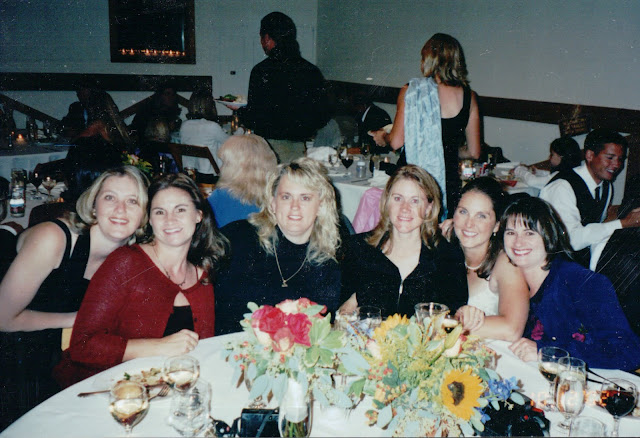 October 12, 2002. We were all together again at James' wedding. By this time, we had ten children between us (including Di's two girls. That's Di on the far right; I don't have pictures of her wedding because The Teenager had an ear infection and I missed the party. Boo), so, you would think that we would be over the party phase of our lives.
You would be wrong. 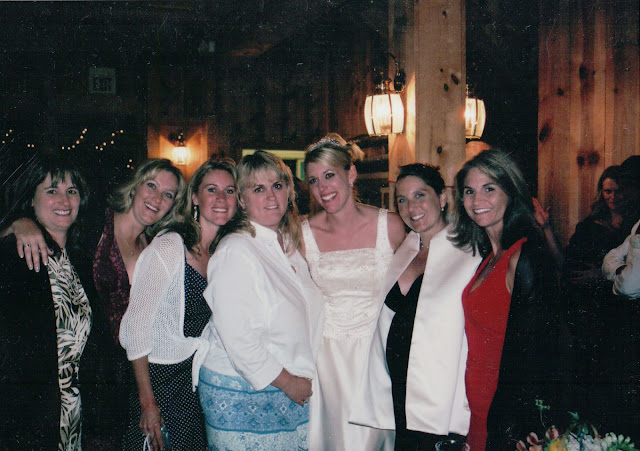 July 08, 2006. Tee's wedding, which was also held in the town of our Alma Mater. This was the first wedding that all of the husbands attended and it is to their credit that we all made it home alive, with all of our clothing, shoes, and accessories intact.
It was just that kind of night. 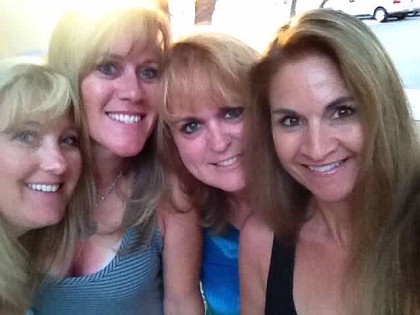 This is Phoebe, Reese, Jules and me last year around this time. We were in Phoenix for our spa weekend. Although we were missing Tee, James, and Di, we still had a good time  (in yet another aside, the selfie is the Glamour Shot of the new century; please feel free to discuss).
Currently, we are all engaged in a rather long Messenger conversation debating the possible locations and dates for our next Girl's Weekend. The cabin is in the front running and I am hoping that we finalize our plans soon. I am dying to see my friends.
I bet you couldn't tell, right? 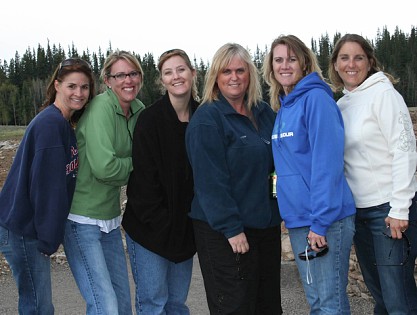 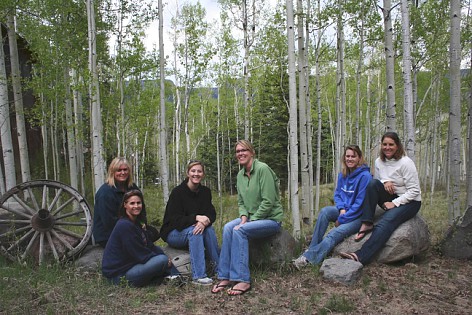 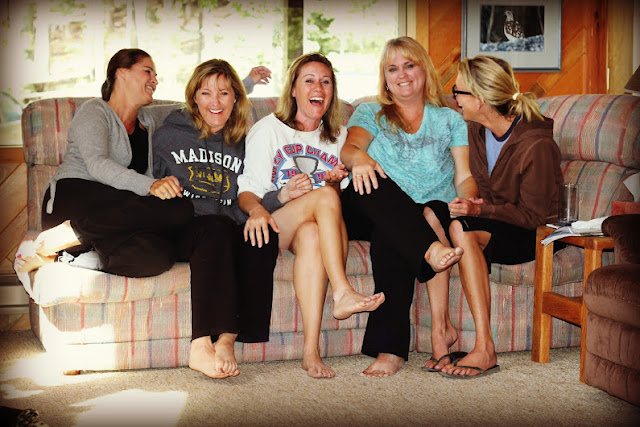 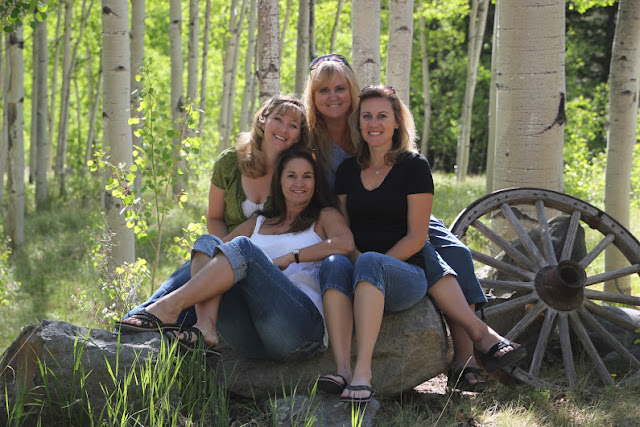