Here in the Real World

This morning, I awoke to our hot water heater spewing water onto the floor. The metal pan that Hugh situated the tank on when we remodeled the house was filled to almost overflowing, and, had we not caught it when we did, the living room and front entryway would have flooded, which, might have ruined the carpeting and most certainly would have ruined the hardwood.

The problem was thankfully not in the tank itself, but rather a result of corrosion in one of the hoses, and Hugh was able to replace it with a minimum of fuss or expense, so, it could have been a lot worse. Still sucks, of course.

You know what doesn't suck?

I got to spend three days with my best friends in the world this past weekend! That's what!

The six of us-Jules, Phoebe, Tee, Di, Reese, and I- journeyed to the cabin on Friday. We traveled from four different directions and met at a local bar and grill for an early dinner and a pitcher of margaritas prior to heading to the cabin. Cue the hysterical laughter; which started around that table and didn't let up until we parted ways on Sunday afternoon. Typical of our time together.

I love my time with the girls, but it was especially nice to be able to spend our time together at the cabin, considering the fact that it was surrounded by a raging inferno just a couple of years ago. Happily, the wilderness surrounding the cabin has rebounded from the fire and the cabin was unscathed. 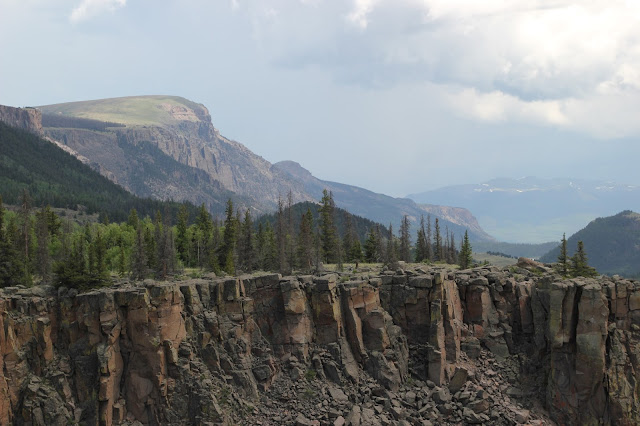 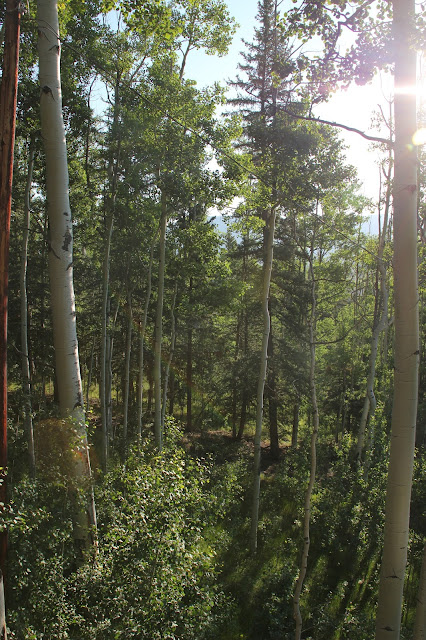 The bar and grill was also very lucky to emerge from the fire without damage, although, more of the financial variety than the structural type (the cabin is located outside of a tourist town that really depends on the summer traffic, one bad summer could devastate a small business there,) and we toasted to it's longevity during dinner. Then, when we had licked the last bit of salt from the margarita glasses, we jumped in our cars and made our way to the cabin, convoy-style.

Now, anyone who has ever traveled with a group of females will tell you that there is no such thing as traveling "light", and, we are certainly no exception to that rule. 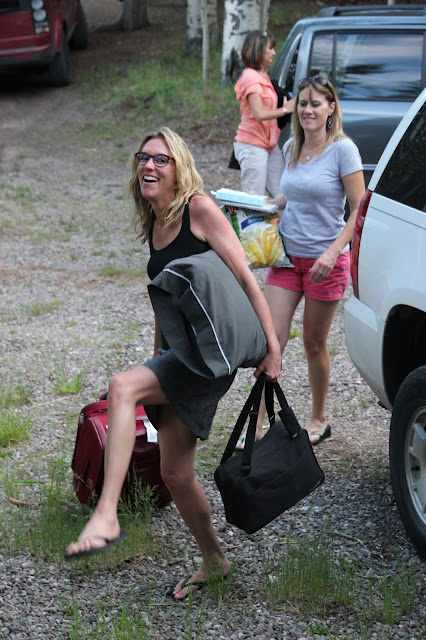 In our defense, one out of every two boxes, bags, or suitcases contain alcohol. That is a suitable defense, right? 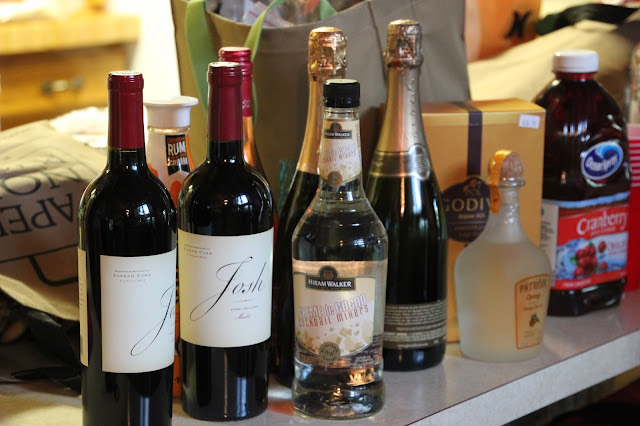 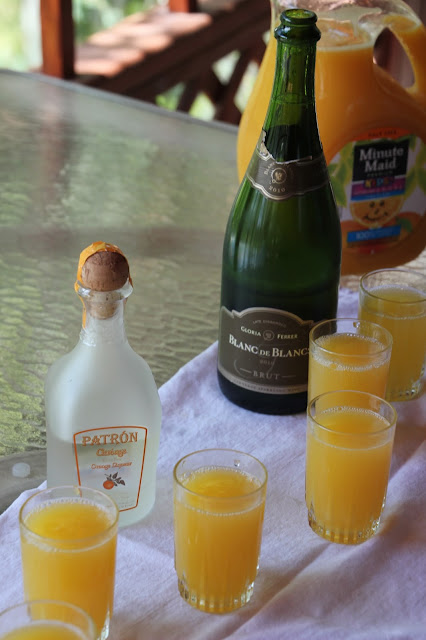 Yes. Yes it is. How else are you supposed to toast to almost thirty years of friendship? 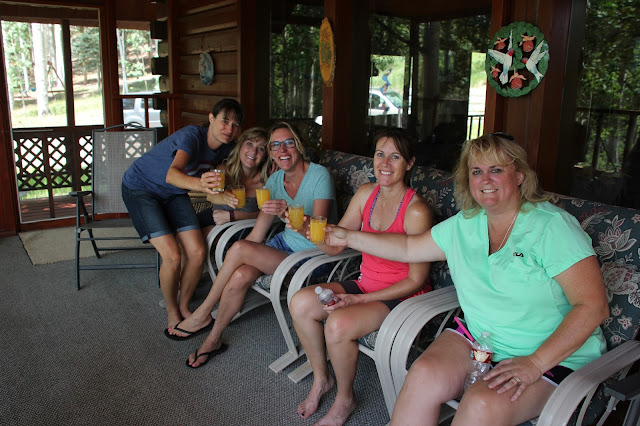 More often than not, when I mention that I am going to spend a weekend with my friends from college, people react with shock; apparently, there are not a lot of people in this world who maintain friendships for life, which, really? Trust me, I'm just as surprised to hear people say that they don't have those kinds of friends as they are to hear me say that I do.

The other question that people ask when I say that I am going to spend a weekend with my girlfriends is "What are you going to do?". The answer varies, of course, depending on where we are going, but, I can always answer three things with confidence: We will laugh. We will cry. And we will laugh some more. This trip was no exception.

We also cooked, watched a truly horrible movie (I'm looking at you, Fifty Shades of Grey), took long walks (where we experienced 99.999% of the laughter), caught each other up on our various lives, reminisced about the past, and, when the spirit moved us, we took a long 4-wheeler ride, after which we each required a hot shower to remove the dirt. 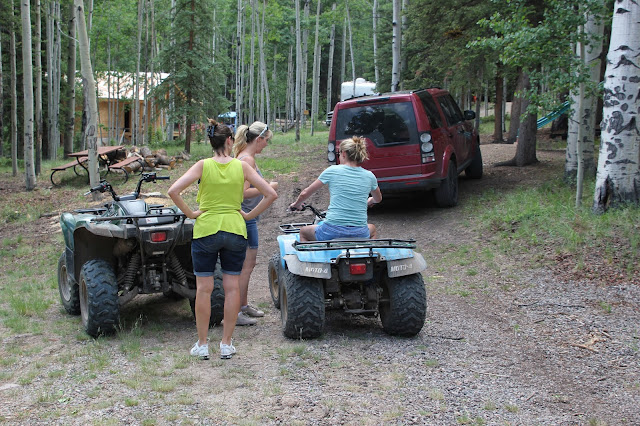 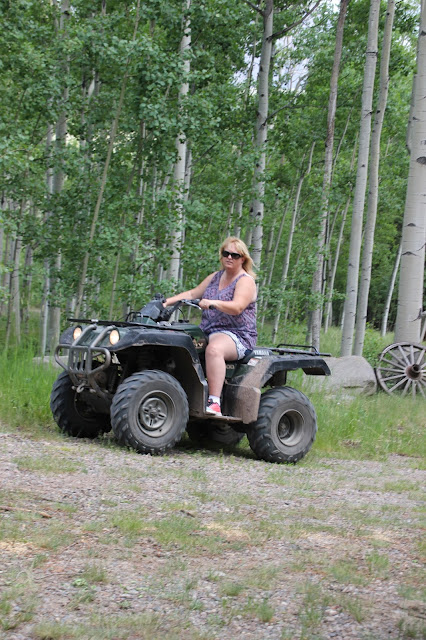 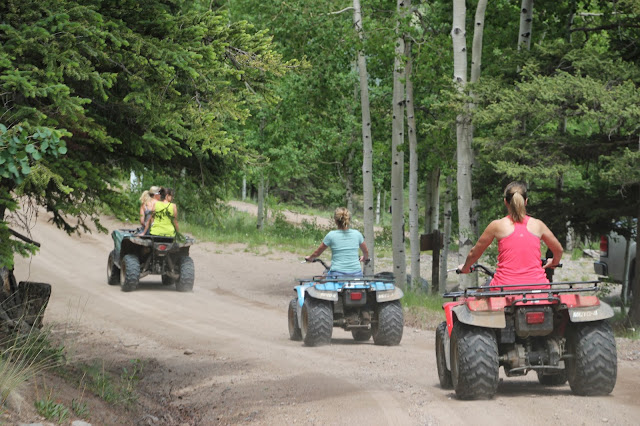 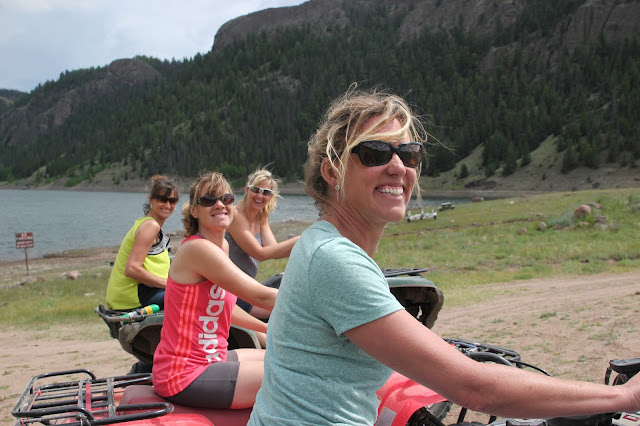 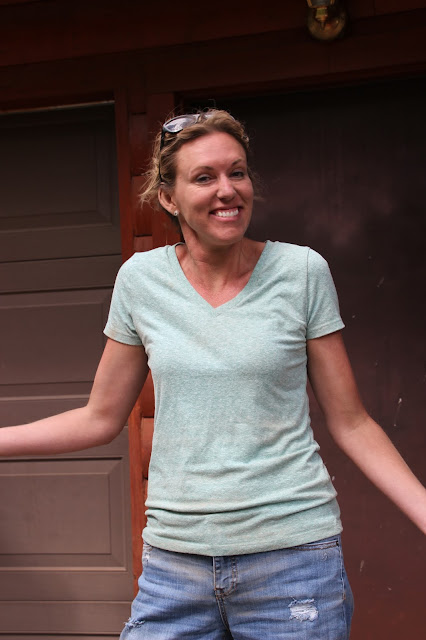 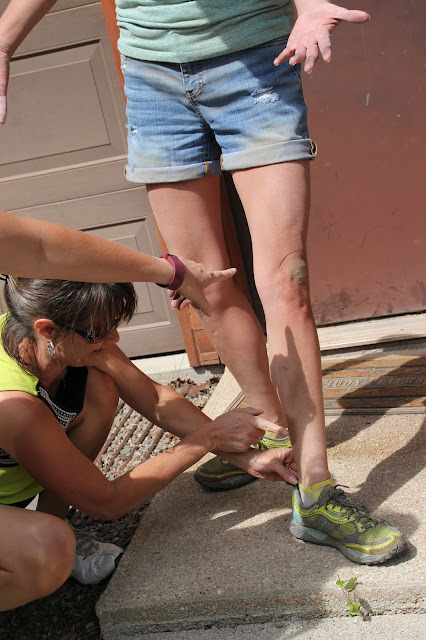 In a lot of instances, we are the least girlie girls that I know. 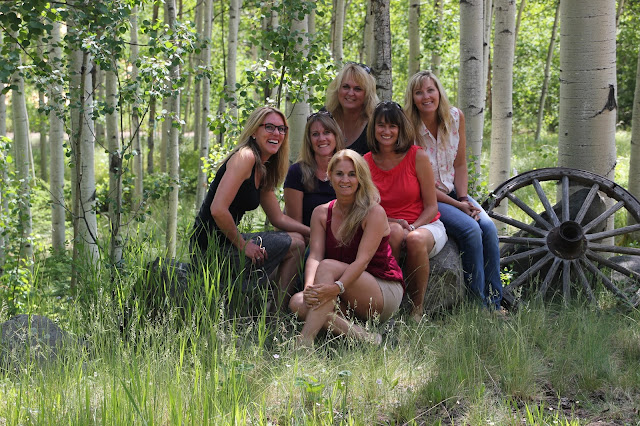 We don't, however, do serious very well. At least, not for extended lengths of time. Thank God. 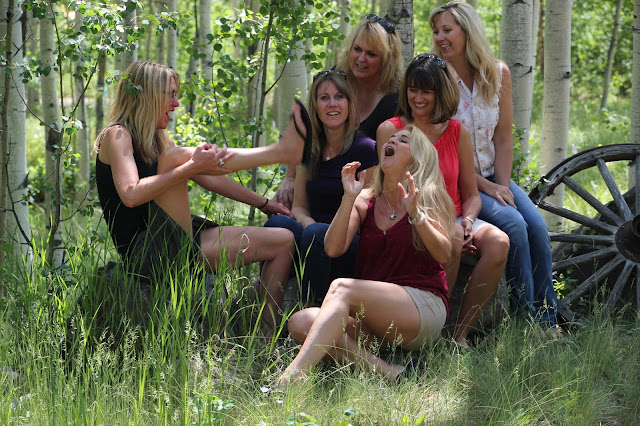 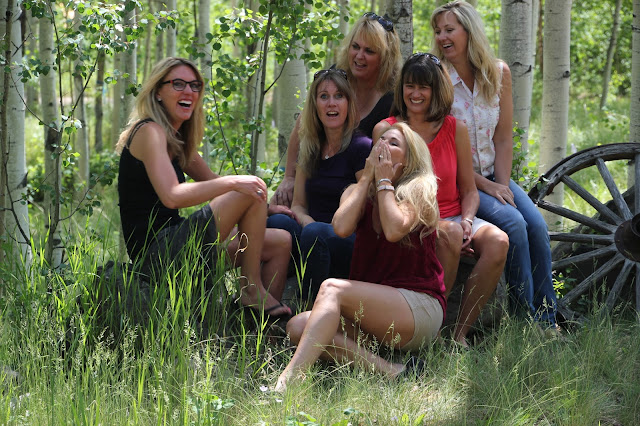 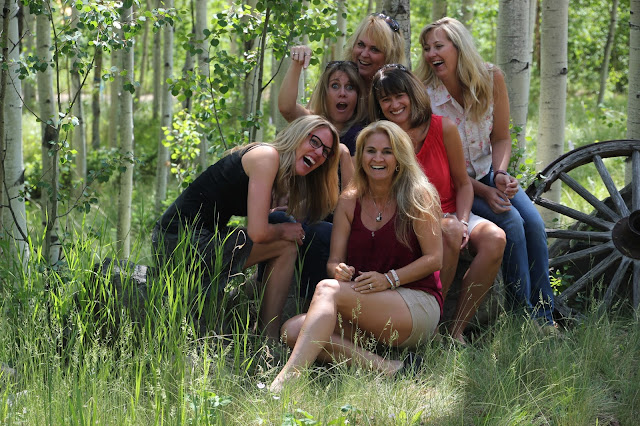 I love these girls with my whole heart, and, that's what I tell people when they ask the third inevitable question "What keeps you all together?"

Everyone should be so lucky. 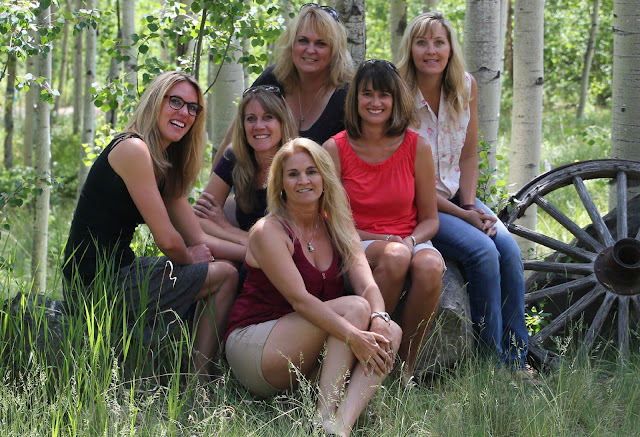 Shortly after these pictures were taken, we packed up our cars, said our goodbyes (often, this is where the tears come in), and went our separate ways for re-entry into the real world.

As I mentioned earlier, my reality includes laundering a pile of wet towels and mopping. At least I had a good weekend, right?