Last night, the Man-Cub umpired his first little league baseball game. He was the behind-the-plate ump and word on the street is he did a great job. I'm not surprised, the child has lived and breathed baseball since he was strong enough to hold a bat; I am, however, ridiculously proud.

The parents currently running the little league are saints (I say this with no small degree of certainty, having been in their position once upon a time) for offering the Cub the position, and I know that he will think fondly of them as he spends the $30 that he earns at each game.

Also, that's $30 less that he will request from his poor, broke parents. That right there is what we call a parenting homerun, folks. 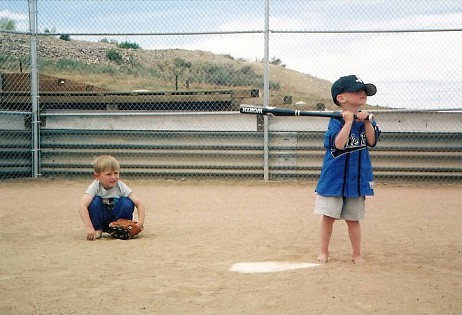