A Night in China. Or, Japan. You know, One of Those Oriental Countries

Prom 2016 was a success. It was chilly and rainy, but that didn't seem to bother the kids very much; they grabbed colorful umbrellas and headed out into the sleet like champs.

The Man-Cub opted for a black umbrella with which to shelter his date; he thought it would go with their chosen attire, and he was not wrong. Score one for the color blind kid! 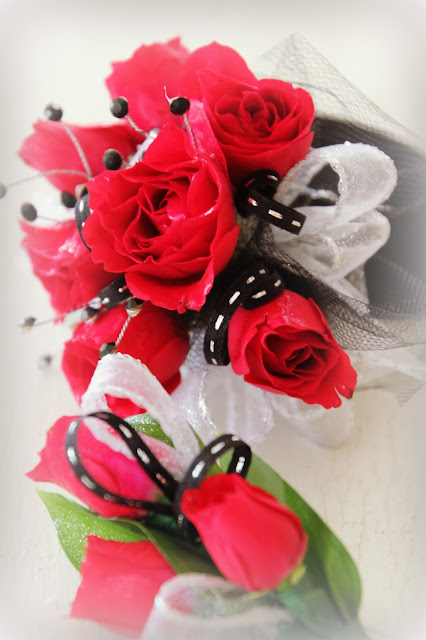 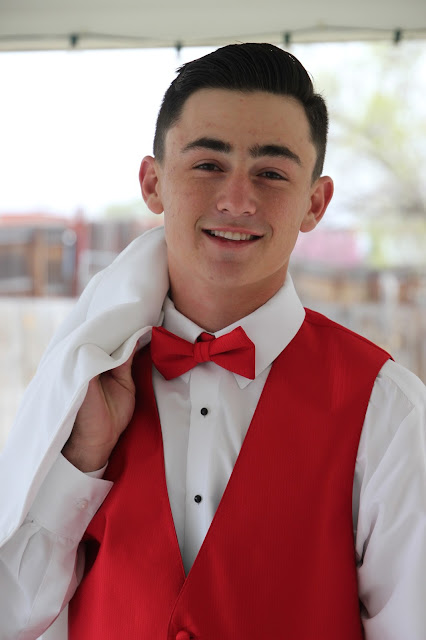 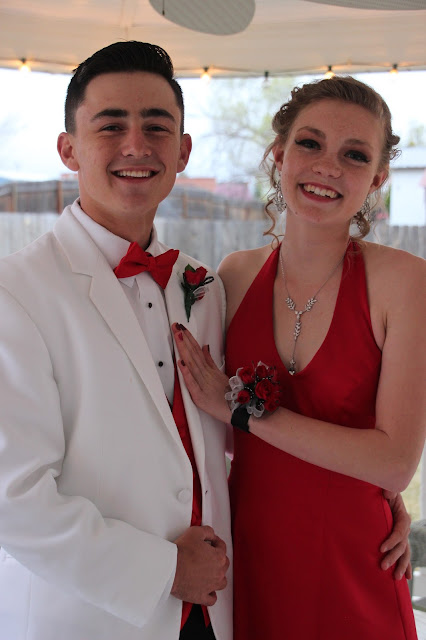 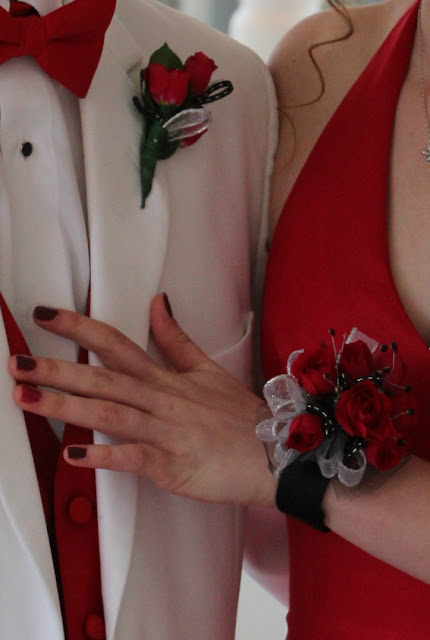 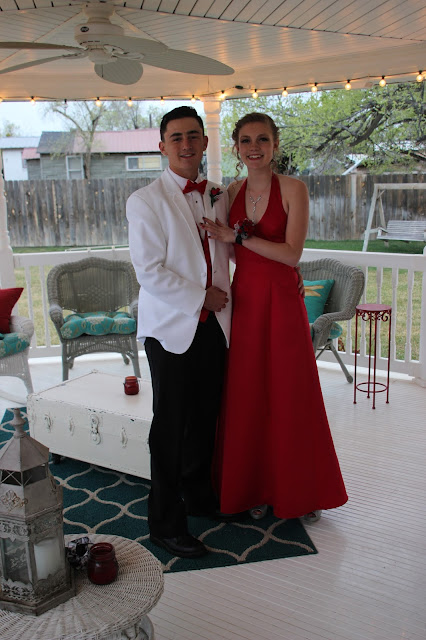 The Cub and his date looked adorable. With his new haircut, and wearing a white jacket, he reminded me a lot of the photos of my dad taken at his and my mom's prom. It really is funny how genetics work, but, in this case, I sure am grateful.

I didn't get a lot of pictures this year, but I'm pleased with the ones that I did get. The kids were great sports about standing in the freezing cold while I took the pictures that I did, and I didn't want them to turn blue before the Grand March, so I sent them off fairly quickly. Then, I met Hugh, QB, the grandparents, and some friends at the school to watch the Grand March.

The Prom theme, according to the tickets, was A night in China, however, the decorations at the school were decidedly Japanese, so, I'm going to call this one An Evening in the Orient; I like to cover all my bases.

The decorations were really lovely; they featured Japanese lanterns, a silhouette of Mount Fiji, Japanese cherry blossoms, Chinese symbols and a couple of pagodas to pull it all together (apparently, the kids also like to cover all the bases). The lighting, while nightmarish for photography purposes, was also flattering to the décor. 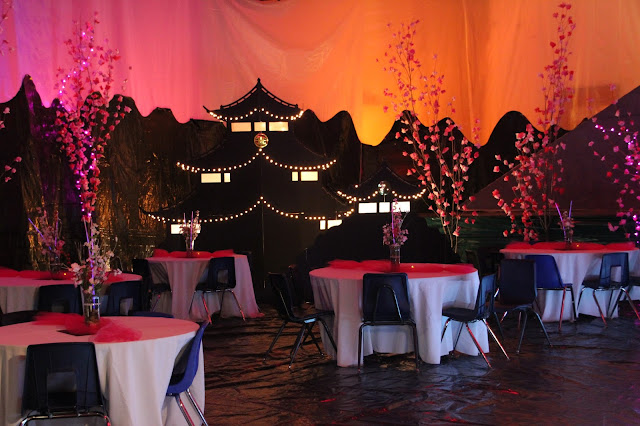 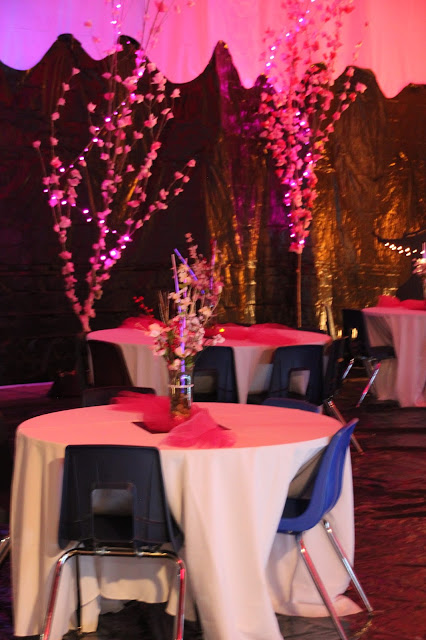 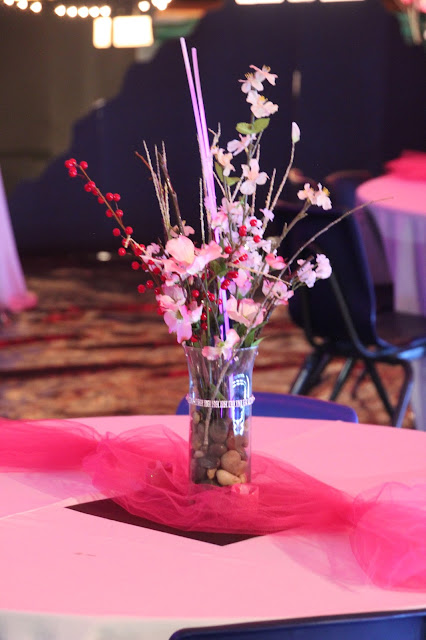 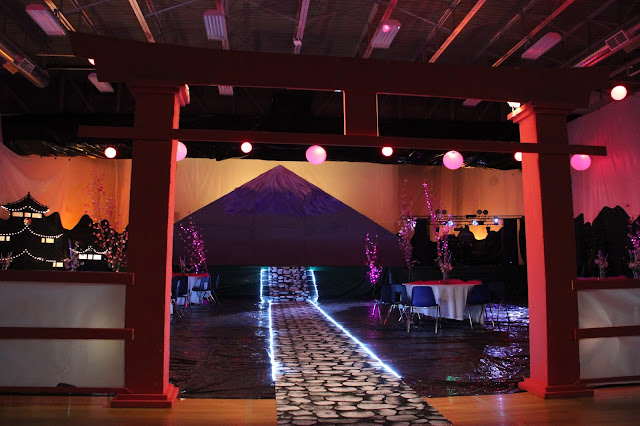 Apparently, the spotlight that the school usually uses for the Grand March was not functioning correctly-it was creating a bullseye effect on the couples (not kosher in a climate of fear thanks to school shootings and general violence), so we had to make due with runway lighting, which, as I said, was a nightmare to photograph. I did my best, though. 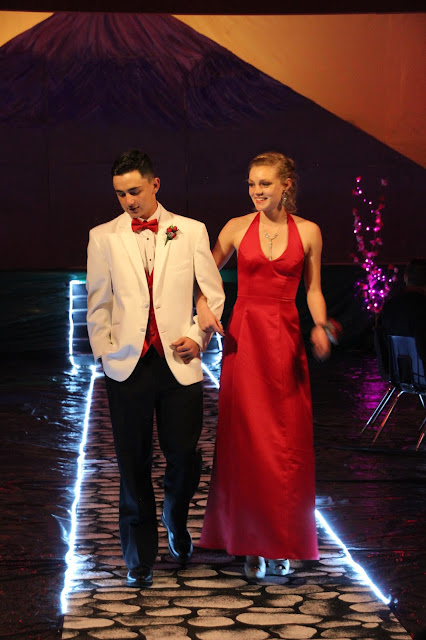 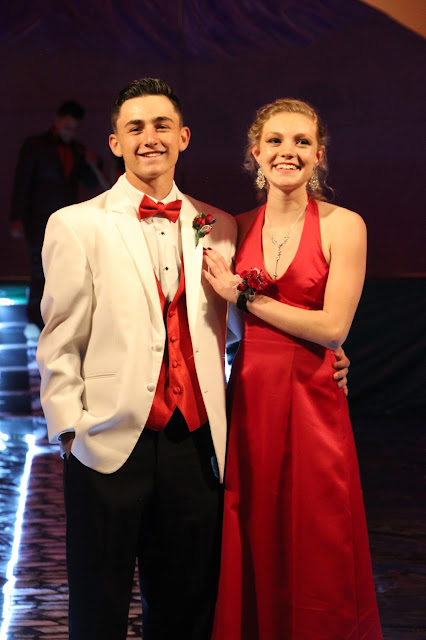 After the Grand March, I gathered the Cub and some of his friends for pictures, and, they were on their best behavior, posing in a calm and appropriate manner... 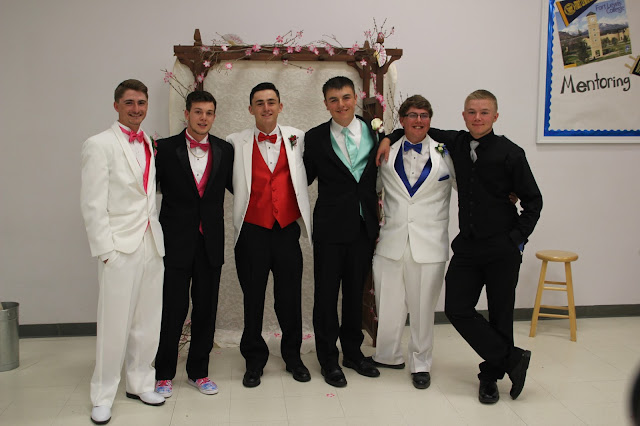 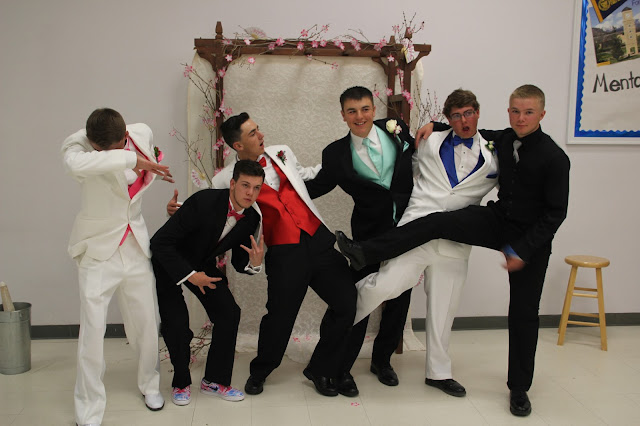 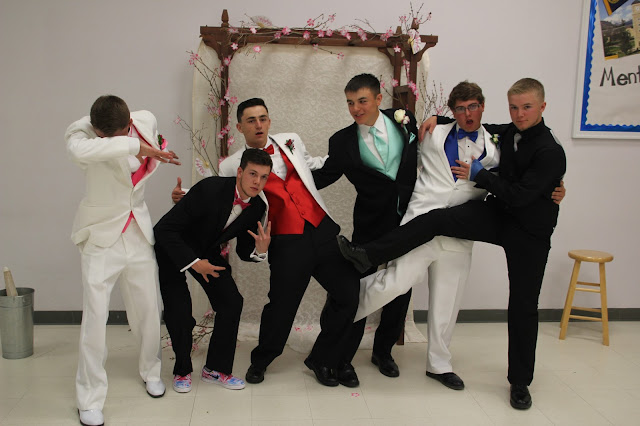 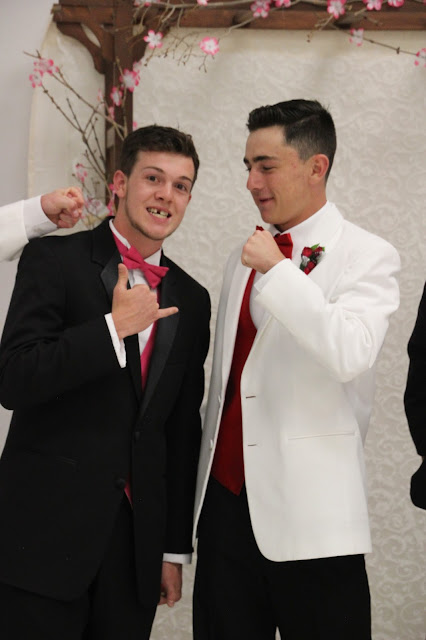 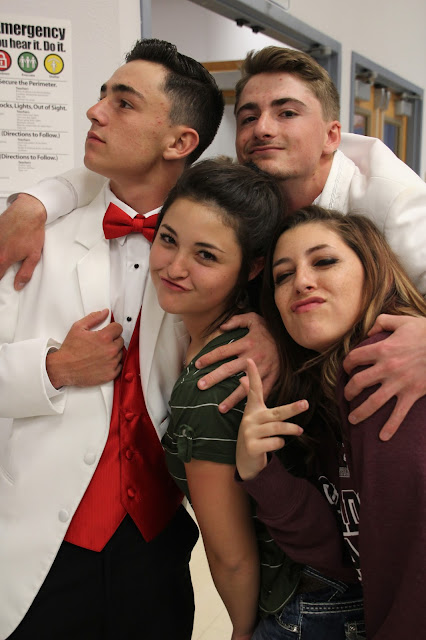 The Cub even humored us with some pictures with his parents-always a treat. 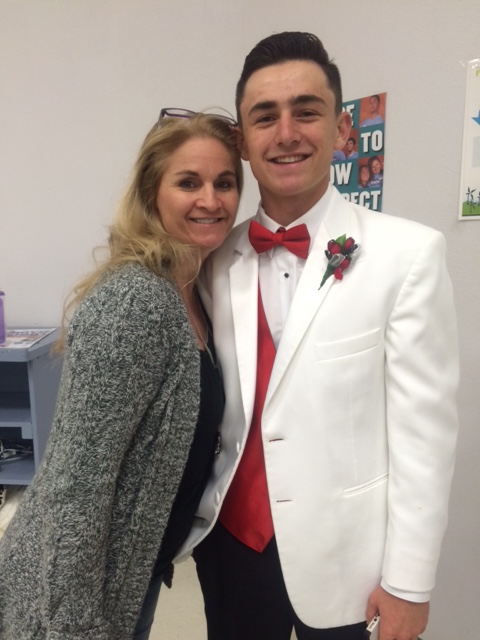 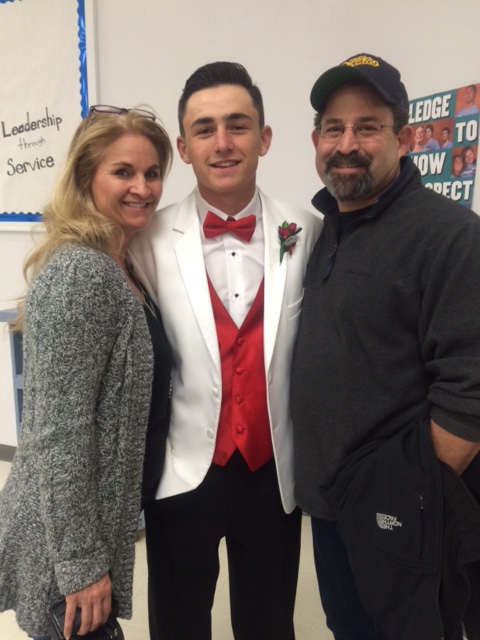 And, one that I don't take lightly. I was super careful not to do anything to embarrass him. 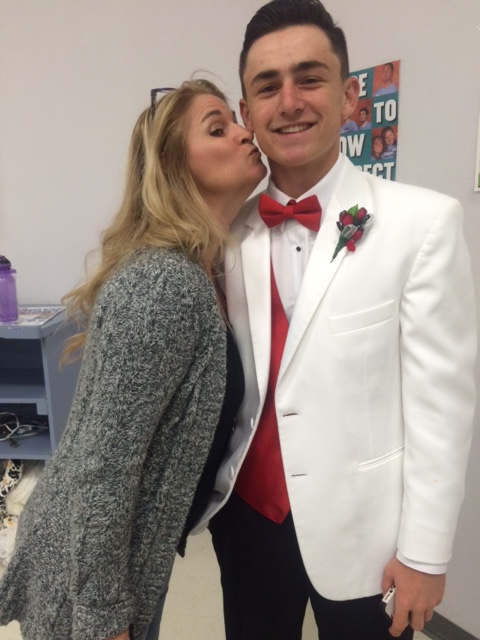 Ok, no I wasn't. He survived, though.

After the Grand March, we said goodbye to the kids and joined four other couples for a late dinner at Applebees before heading home to wait up for the Cub. He was home by 2:30, which, is practically early in Prom-time, and I was able to crawl into bed for a good night's sleep.

Another awesome memory made.
Posted by Chelle at 7:07 AM