I got back from Phoenix late yesterday evening, after a whirlwind weekend with The Girls (say that ten times, fast); I'm in full recover mode today, but, thanks to The Girls, I have the motive and energy to get back on track.

It's going to be a great week.

The weekend, was, of course, wonderful. I flew out of Neighboring City Friday afternoon, arriving in Phoenix at 4:00, local time. Reese picked me up at the airport and, after checking into the Arizona Grand Resort and Spa, we ran a few errands before returning to the airport to pick up Phoebe and Jules, who had arranged a flight together.

By the time their flight crew finally let them off their plane, we were all starving, so our first stop was a Mexican restaurant that Reese recommended. Once we had our fill of taco salads, burritos, flautas, and margaritas, we ventured back to the resort, where, thanks to the pillowy-softness of the beds, we fell into an early sleep. 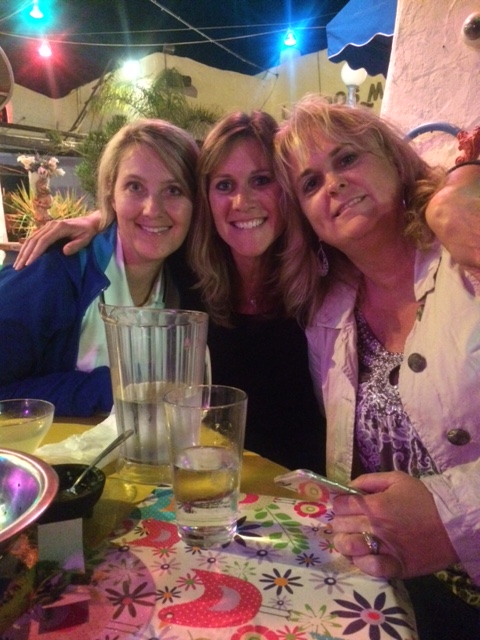 This allowed us to rise bright and early Saturday morning for mimosas, or, in Jules case, for an endless glass of champagne (Jules is rocking a low-carb plan put together by a nutritionist she is working with and, apparently, champagne has zero carbs and zero sugars. Who knew?). Reese poured the mimosas, which helps to explain how we ended up with an empty bottle of champagne while still having three-quarters of a bottle of orange juice left. It also explains the buzz that we were all sporting when we left the resort to get lunch and pedicures. 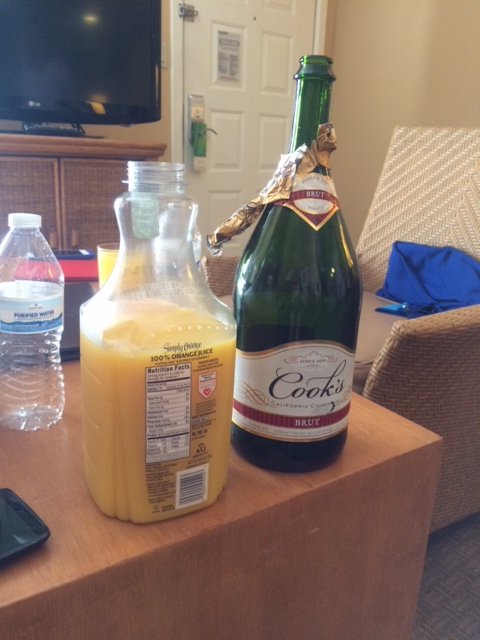 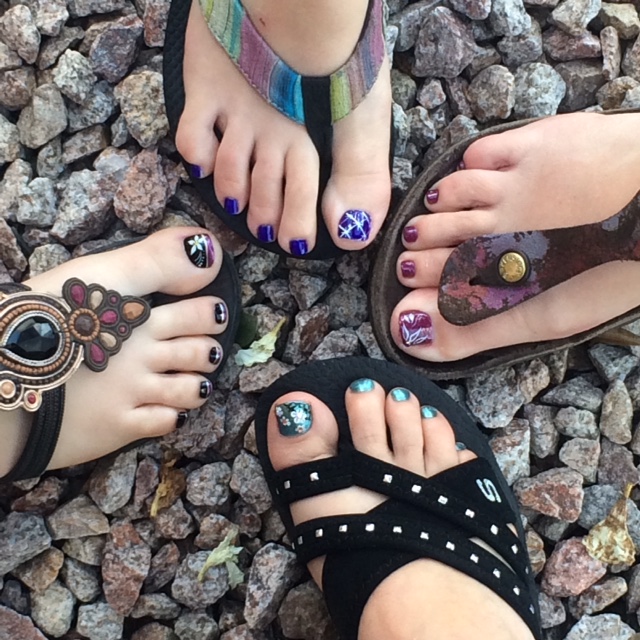 The buzz also explained a shopping spree at the outlet mall, where we may-or may not-have spent a small (discounted!) fortune on purses at the Coach and Michael Kors stores. We regret nothing! 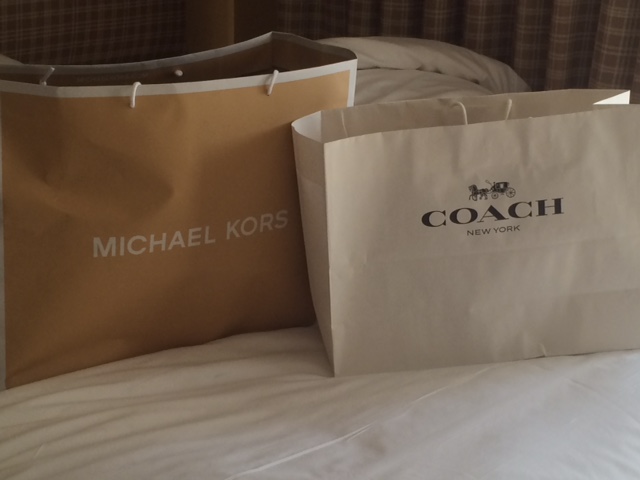 We spent the remainder of the afternoon lounging poolside at the resort, which was relaxing and energizing at the same time. 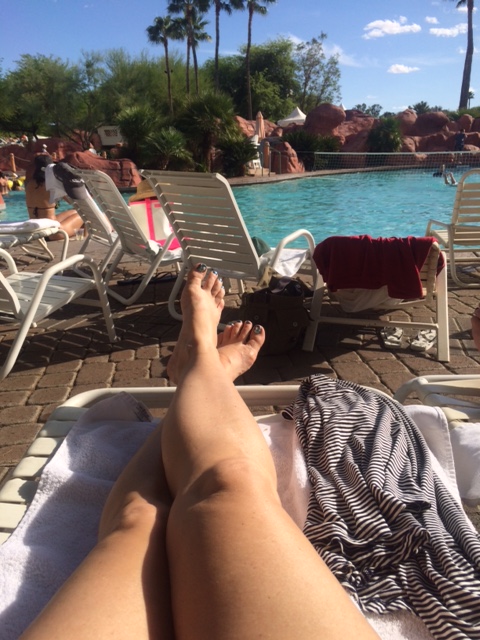 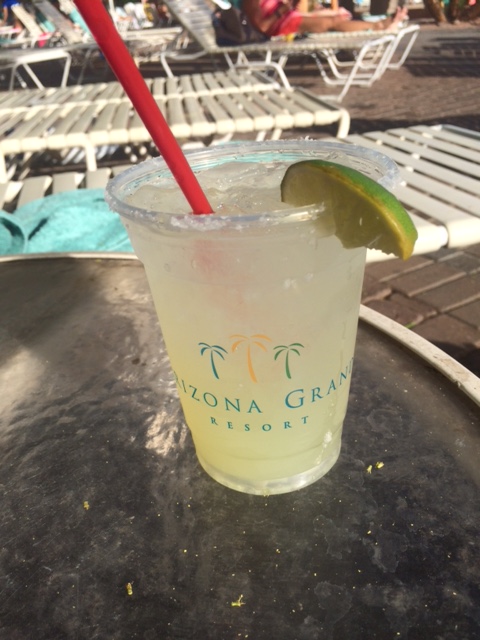 We needed the extra rest and energy for our evening expedition: a visit to the Phoenix Escape Room, where we matched our wits against a scenario that involved us being shackled to a wall in a sinking ship.

If you've never been to an escape room (or, you know, never even heard of any such thing; hand raised!), it is an intellectual exercise in escapism. You are locked in a room, given a scenario, and one hour to find clues and to solve riddles and puzzles, all in an effort to unlock the room and to escape before the time runs out. Our scenario, The Crimson Storm, was a pirate theme, the gist of which was that we had been captured by pirates and thrown into the brig of a sinking ship. If we could find all of the necessary clues and solve all of the riddles and puzzles in the room, we would be able to open the numerous combination locks located within the room, and, ultimately, to escape. 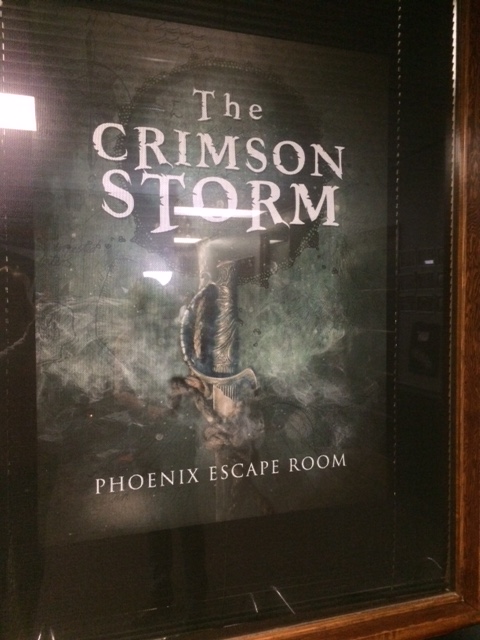 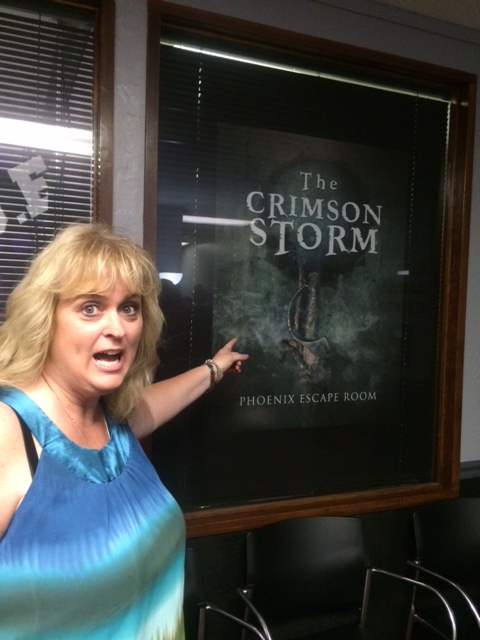 It was not easy, and, to our credit, we solved all but the final two riddles before our time ran out. It was a majorly fun thing to do and I would recommend it to anyone who is looking for a cool activity to do with a small group. In fact, The Girls and I all agreed that we would do it again in a heartbeat.

One of Reese's local friends had joined us for the Escape Room, which brought our group to five; a perfect number for the size of the room and for the brain power needed to solve the mysteries. 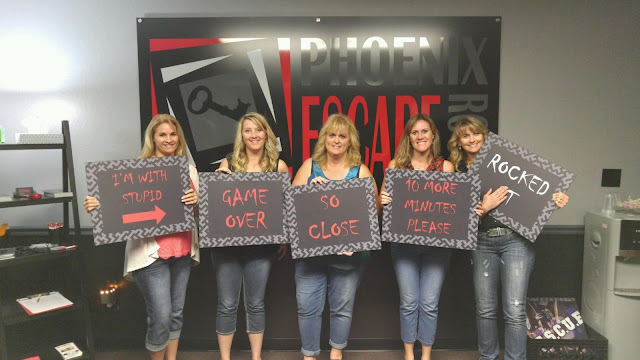 After our pseudo-death in the escape room, we decided to drown our sorrows at a local bar, where the music was loud, the drinks were strong, and the people watching was epic; a break-up and a hook-up played out right in front of us! It was like an episode of Honky-Tonk Melrose Place and we loved it.

It was a great evening; we even managed to stay up past midnight! And, I got my In 'N' Out Burger! 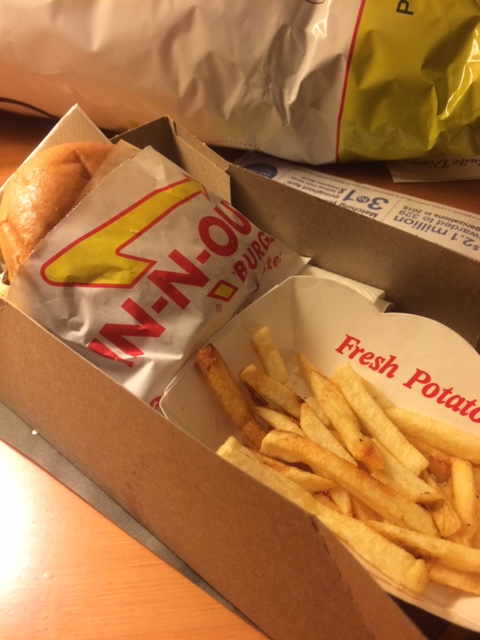 Of course, the late night made for a slow start on Sunday morning, but, we managed. My flight left the earliest, so we were off to the airport by 11:00, for yet another goodbye but, not before brainstorming a list of locations that we would all like to visit on our next Girl's Weekend; that made saying the goodbyes just a little bit easier. 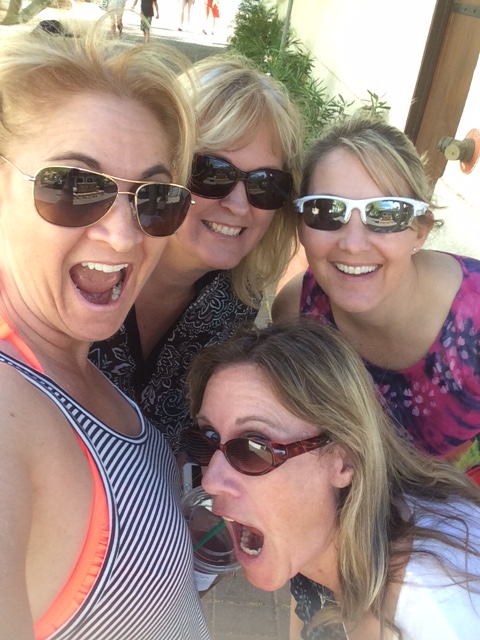 But, only a little bit. A very little, little bit.
Posted by Chelle at 8:16 AM