1.  The Queen Bee spent part of the day with me, today. A visit from her is always a pleasure, however, today that visit coincided with another trip to the dentist, where we met her new front tooth. 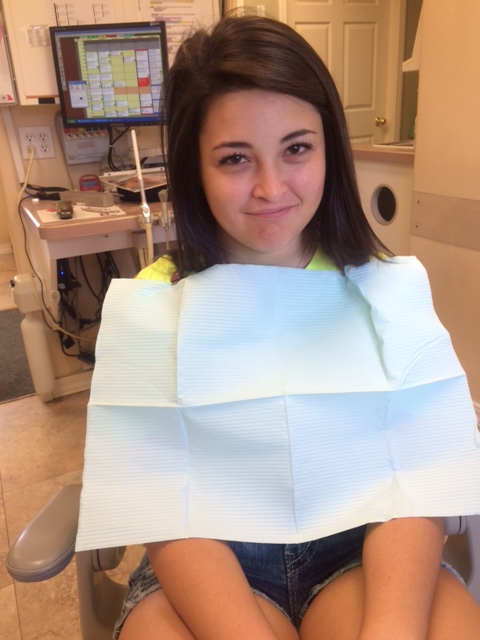 2.  Unfortunately, she won't actually get to have the new tooth installed (Is that the correct verb in this situation? I'm not convinced) for another eleven days, due to the lingering pain that she is experiencing. Instead, the dentist sent us off with a prescription for something to "calm the nerve down a bit" and instructions to call if she is still in pain in three days, at which point they will entertain the idea of a root canal. Fingers crossed that the pain subsides.

3.  After leaving the dentist's office, we went to Target to have the prescription filled. While we waited, I browsed the seasonal items that are starting to line the shelves, picking up a few sets of slate garden markers for the vegetable garden that I have not yet decided to plant. Seriously, I am undecided; last year's garden was such a disappointment, I don't think I could take another failure. On the other hand, I love fresh vegetables and gardening is almost therapeutic, so...yeah, still undecided. The garden markers are super-cute, though.

4.  When we left Target, we headed to Starbucks to visit with QB's BFF, Bradlen; QB hadn't seen him since they got back from Hawaii and she wanted to say hello.

5.  Later, we went to dinner, where, despite the numbness and discomfort, QB managed to polish off the better part of a breakfast burrito before agreeing to a selfie (or, two) with her old mom and, ultimately, heading back to her place. 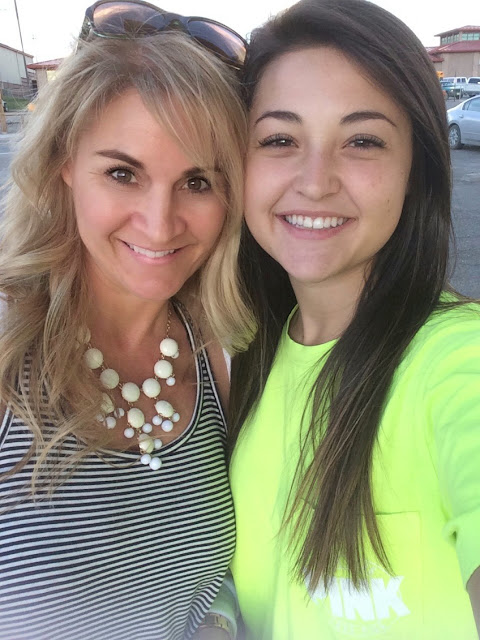 6.  While Hugh was available to join us for dinner, we were without the Man-Cub, who, as I mentioned yesterday, is off at the State FBLA Conference. His presence was felt, however, when he graced us with a text message bearing a selfie of his own. His new haircut is the bomb. Also, he is clearly wearing part of the $300 wardrobe that we purchased for him prior to the trip, so, money well spent, clearly. 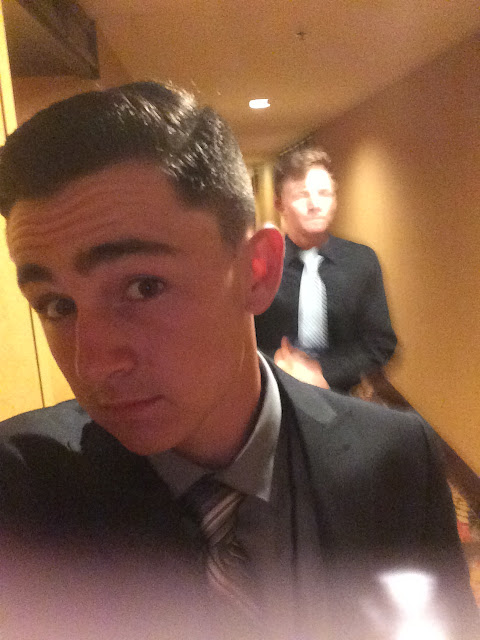 7.  The Cub will be home tomorrow, just in time to help his classmates decorate for the prom, which is Saturday. The weather is supposed to suck ass, with cold temperatures and a rain/snow mixture, which, I hope doesn't delay their trip.

8.  It also sucks ass that the weather is supposed to continue to be crappy throughout the weekend, including prom; this will significantly impact my ability to get good pictures of the Cub and his date.

9.  I am trying not to compare QB's proms to the Cub's experience; I understand that boys are different (oh, how different!), but, I would be lying if I said that I wasn't the teensiest bit sad that I won't be serving dinner to a large group of kids this year. Because, I am.

10.  Instead, the Cub and his date have reservations at one of the nicer restaurants in Hooterville, which, will be lovely, I'm sure. After dinner, they are (hopefully) going to stop by the house for pictures, and then they will continue on to the school for the Grand March.

11.  I'm hopeful that I will be able to get some pictures at the Grand March, but, since there are so few kids attending the prom as couples, I have no idea what to expect. I would be happy with group shots, as a number of the kids are going stag, but, who knows?