The weather at yesterday's baseball double-header left a lot to be desired, but, because we are gluttons for punishment awesome parents, we managed a rockin' tailgate party despite the 45 mph gusts of wind.

Or, maybe because of them; hard to tell.

Anyway, the boys appreciated our effort, as did the coaches and other parents, and we can now scratch Take RV to a sporting event off our bucket list. 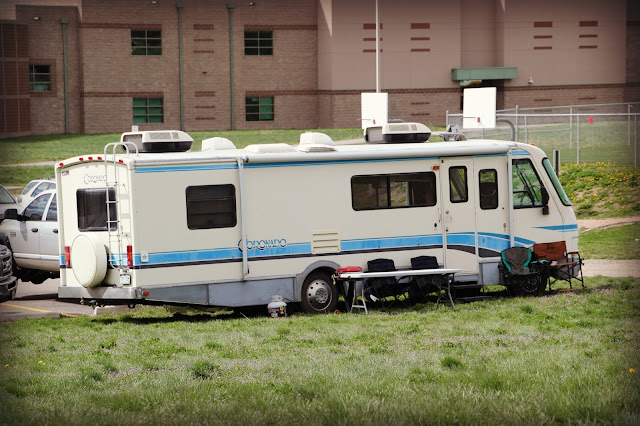 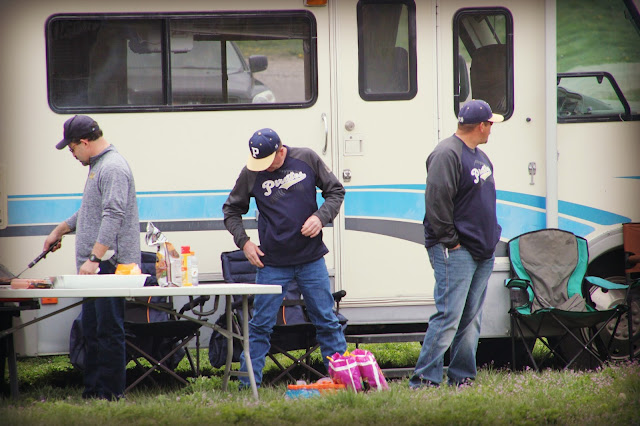 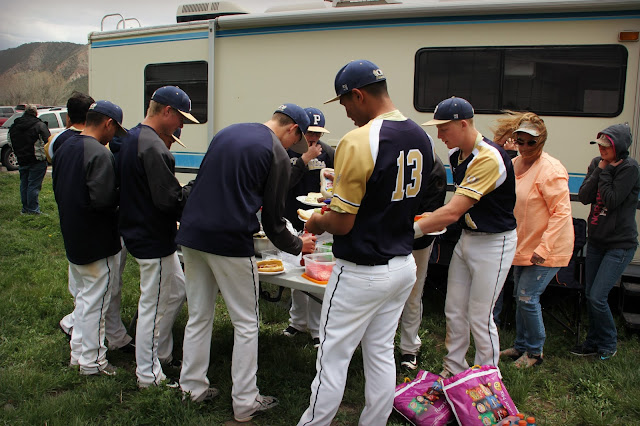 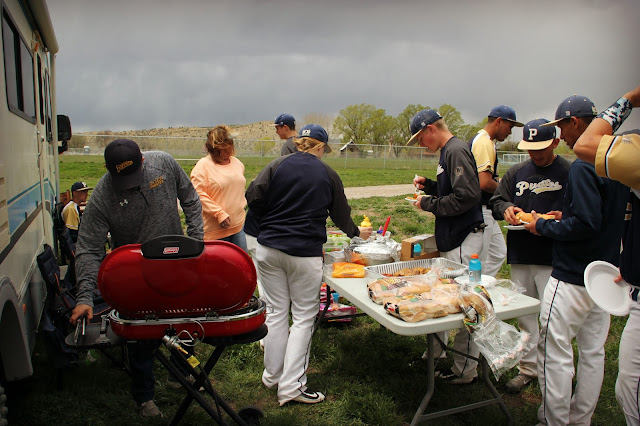 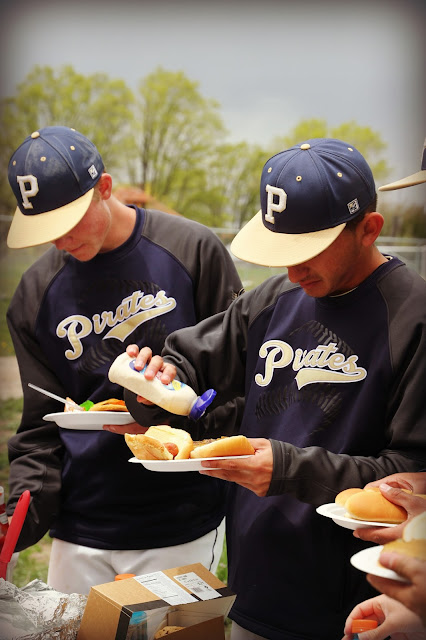 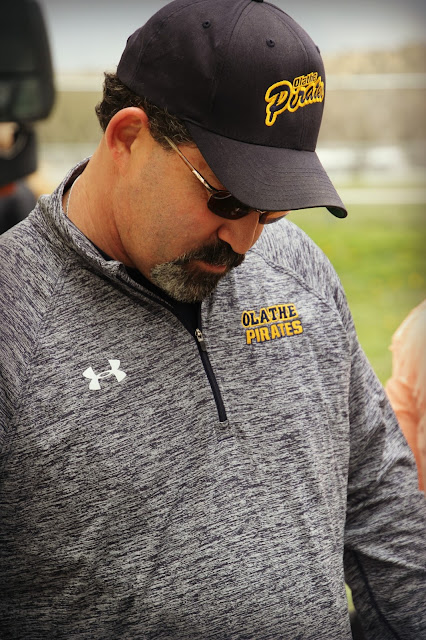 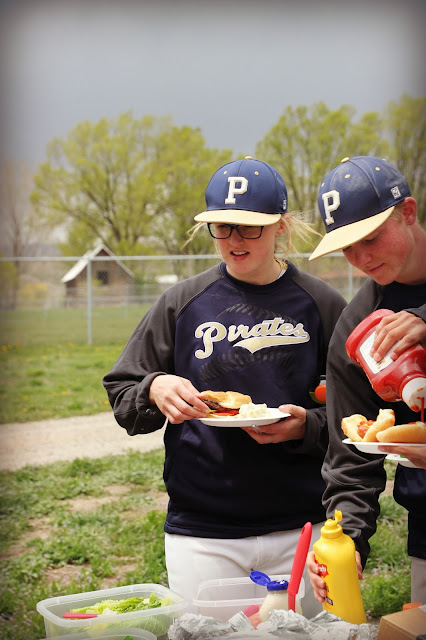 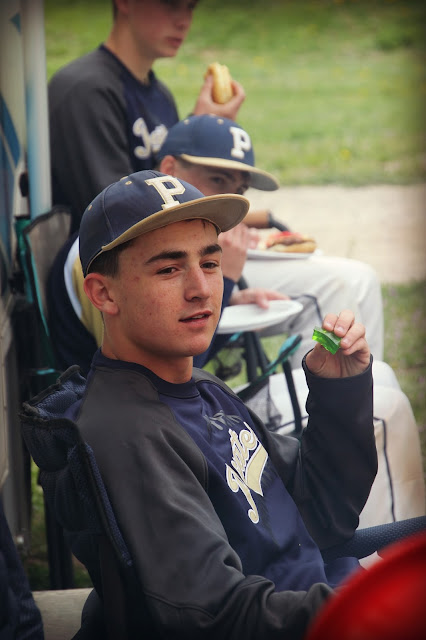 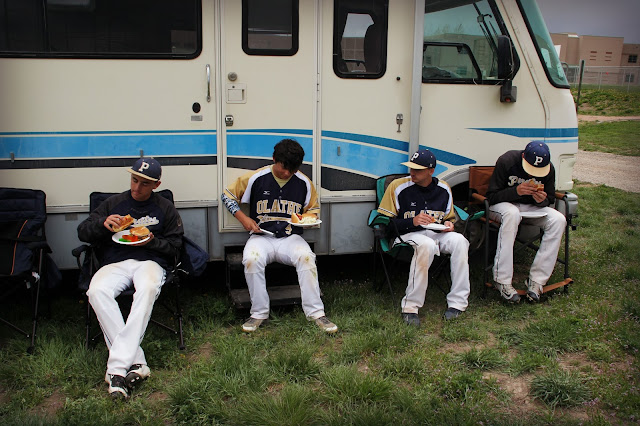 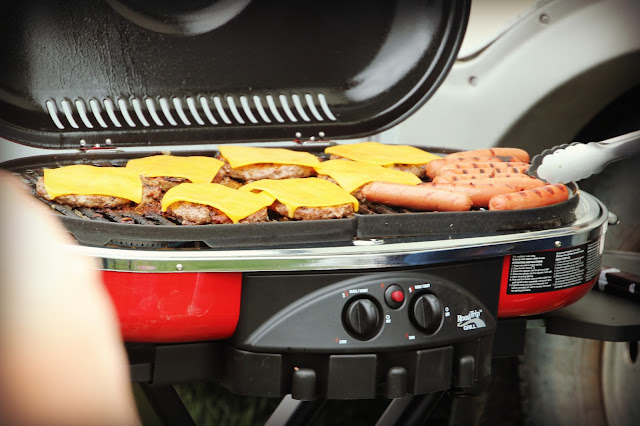 As for the games, (you know, the actual reason we were there to begin with), the boys played their hearts out and ended up splitting wins with the home team. The teams were pretty evenly matched, which made for some exciting baseball, and we got a chance to see almost every player shine in one moment or another.

The Man-Cub hit a triple, which was awesome. 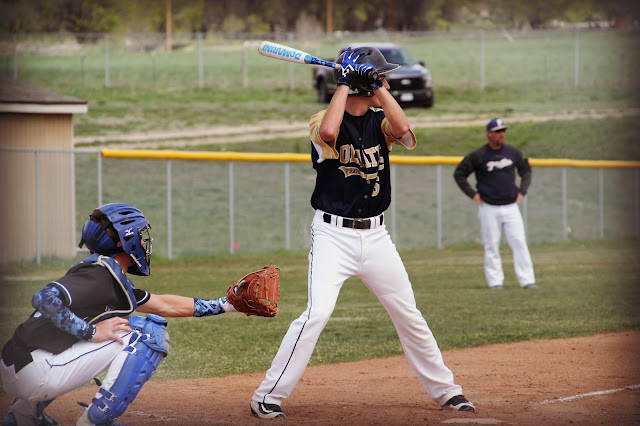 Coach was especially tickled (he's really been working with the Cub on his hitting) and made it a point to celebrate with the Cub once he hit third base. 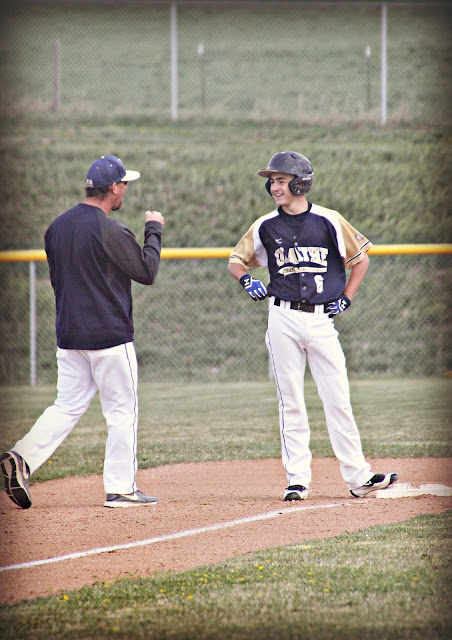 Then, it was just a matter of the Cub waiting for his teammate to bat him into home, which, he did. 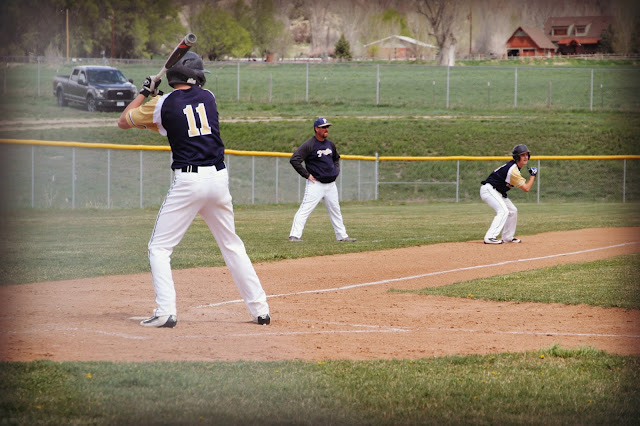 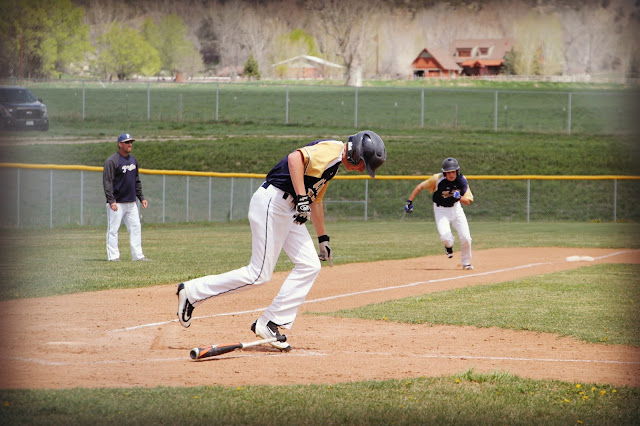 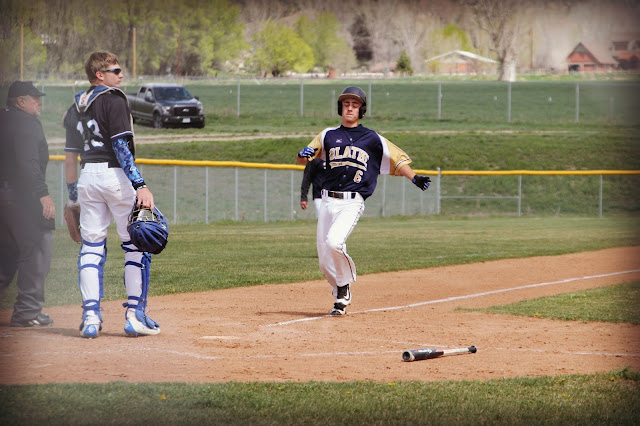 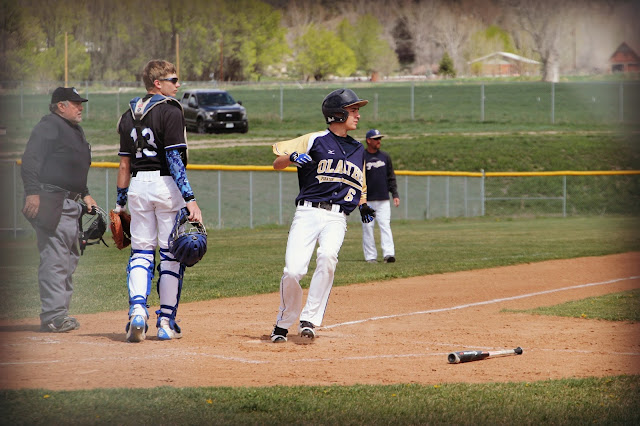 We also had some exciting plays in the outfield as well as at first and third, so, like I said; it was a good day for the entire team. 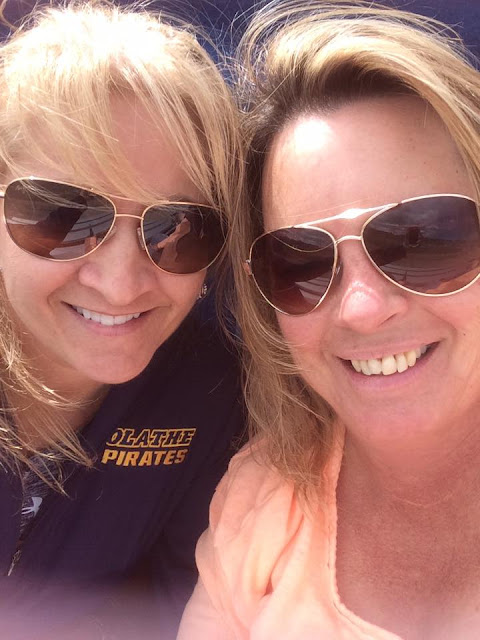 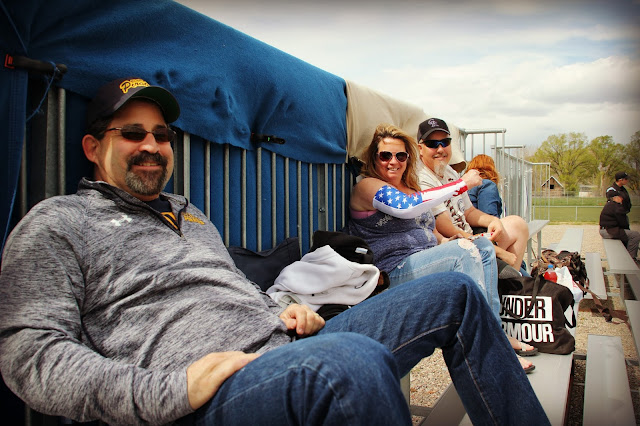 Once the games were over, we loaded up the RV and headed home, driving through an ugly storm that missed the games by mere minutes; a fact for which we were quite thankful. 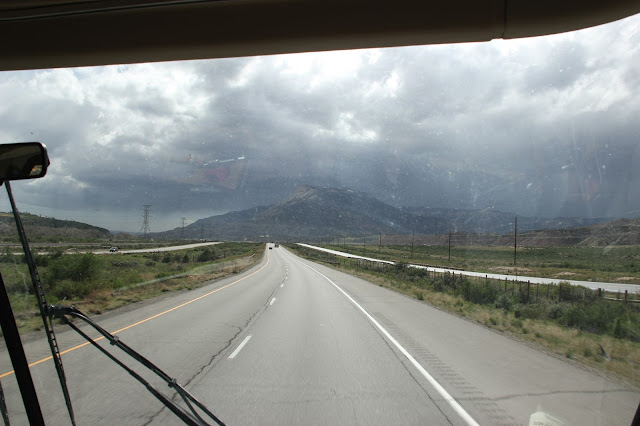 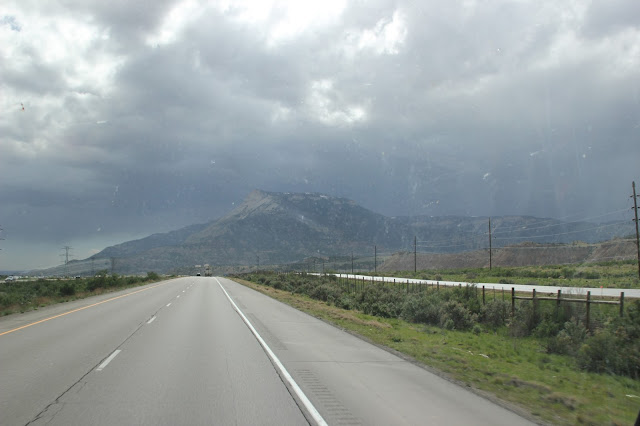 The RV handled the storm like a pro, further proving that the $9000 investment was worth every penny, so, despite my initial reservations (I wasn't entirely enthusiastic last summer when Hugh called me to say, "Hey, guess what I want to buy!"), I am now an RV convert.

Also, I'm kind of sad that we only have a few more baseball games left; RV tailgating is way more entertaining than eating out of a cooler.