Tonight, we attended the Man-Cub's final football banquet. I would mention that I got teary eyed, but, at this point, I'm pretty sure that you already just assume that, if I mention that it is the last anything, I will be teary-eyed, so, I'll spare you.

On a happy note, the Cub received another Academic All StateTeam honorable mention, which makes him four-for-four, so far. We are very proud. 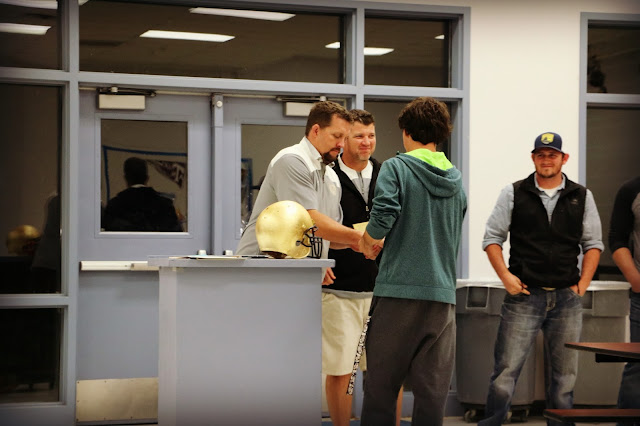 In fact, we are very proud of all of our boys; 8-out-of-10 of the seniors received All Conference Academic Team awards and the final two missed it by smidgens. They are athletic and smart.

The posters that BCPE and I worked on were a huge hit with both the boys and their parents. I think even the Cub was impressed, which, considering how many times he has been photographed over his lifetime, is saying something. 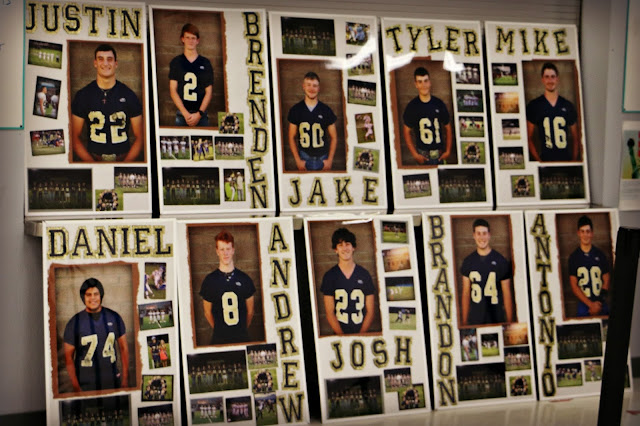 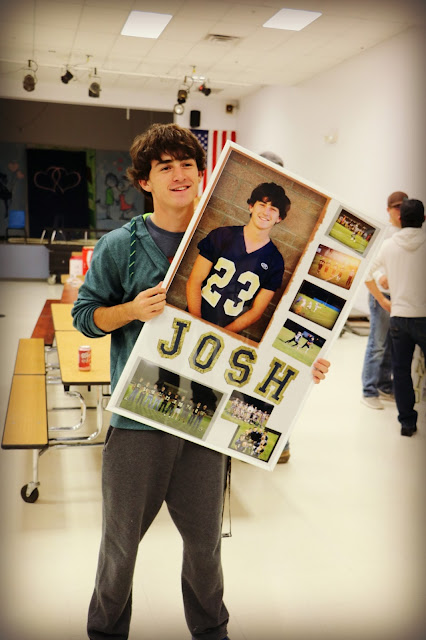 Tomorrow, the boys go in different directions, some to basketball, some to wrestling, others to part time jobs or more academic pursuits, but, they will always be a team, united by the memories they made this season, and, while it was bittersweet to acknowledge the ending tonight, it's also exciting to watch their new beginnings unfold. 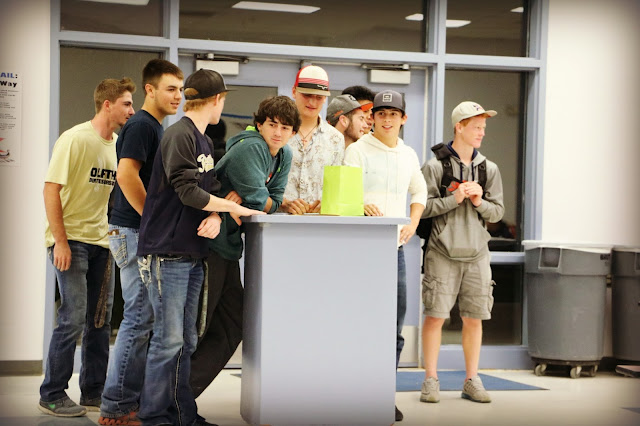 As Coach said during his speech tonight, they are going to do great things.
Posted by Chelle at 8:27 PM