The Rest of the Story

So, about that surprise party. Mama Jill's husband and youngest daughter had first proposed the idea to us late last month, and, by "us", I mean the basketball moms. We were all up for the challenge of surprising a woman who is not easily surprised, and, planning commenced; there were challenges.

The first location chosen for the party fell through.

The date chosen for the party started looking questionable when we realized that the boys might be playing in the regional tournament on that very day (not saying that we were glad the boys lost the pigtail game, thus freeing up the date, but, if they had to lose, at least we got a nice consolation prize).

Mama Jill was offered an assignment on a fire in Virginia (she's a dispatcher), for which she would have to leave the day before the party was scheduled.

Once she turned down the assignment, Mama Jill expressed a desire to attend the regional tournament to watch the two teams that beat us out go head-to-head against each other (Mama Jill likes her some basketball).

We met each challenge; Basketball Mom Deb offered her house as an alternative location for the party, inviting us all to a supposed "last basketball family get-together". With a side order of sadness that four-out-of-five of our boys will be graduating and leaving Kenzie (and, Mama Jill) behind, we were relatively confident that Mama Jill would skip the regional tournament and the Virginia assignment (we were right, but we still held our breaths until the minute she walked into the house).

The challenge of surprising her once she got to the house required the rest of us to get there half an hour earlier than she was expected to arrive. At the house, the boys acted as valets, meeting each car at the end of the drive and shuttling it to a hidden parking spot in the neighbor's field so that the only cars Mama Jill would see would be those of the Basketball Moms and their families. Then, we waited. And, waited (Mama Jill is notoriously late to every event she attends).

Once they pulled in, it was simply a matter of directing her to the front door so that we could funnel her through the kitchen, where, the first people she would see were the only people she was expecting to see, giving the other guests the opportunity to yell "surprise!" from the living room.

It worked like a charm, and, the rest of this post will be done in pictures, because, a picture really does say a thousand words. 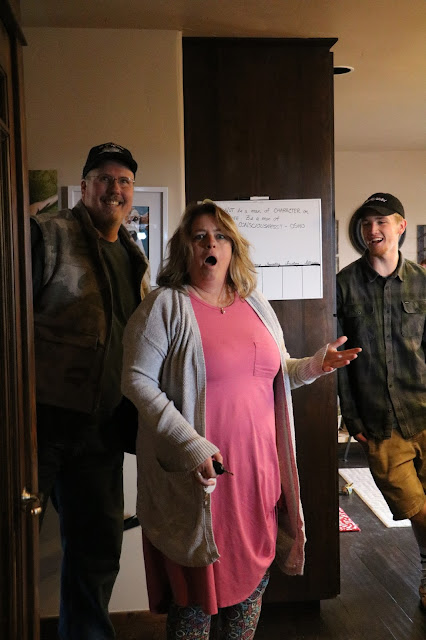 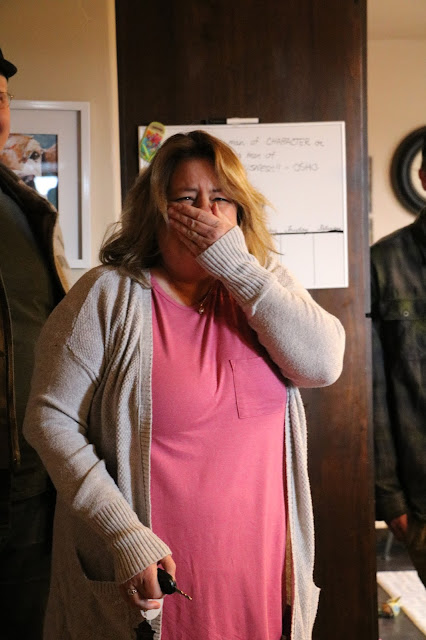 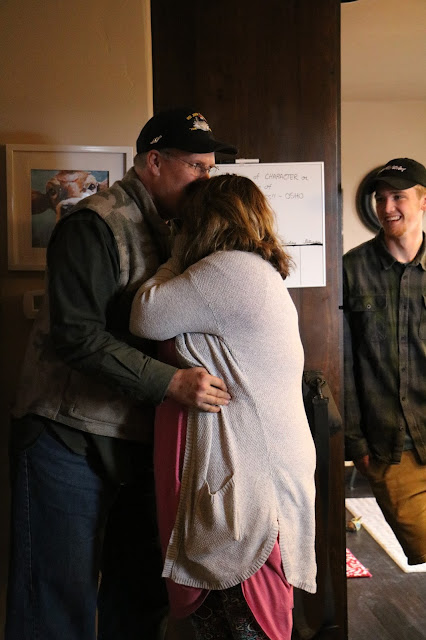 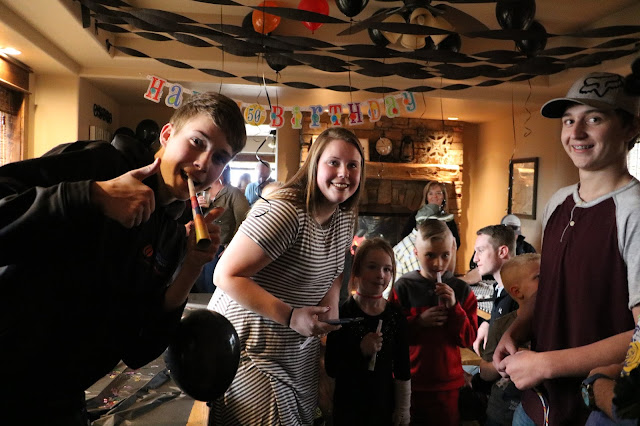 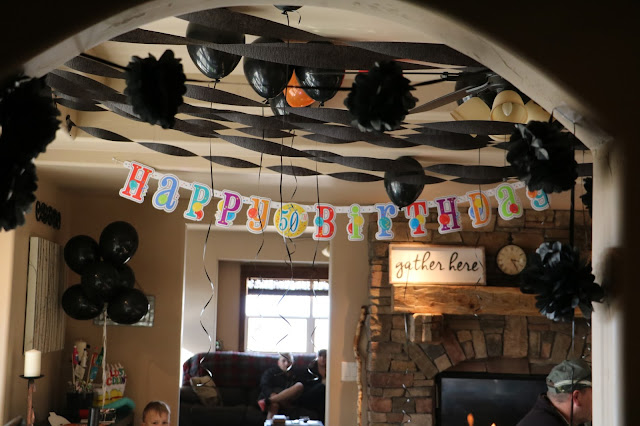 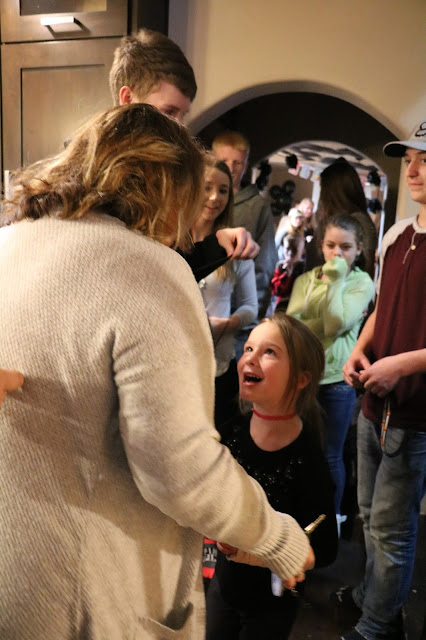 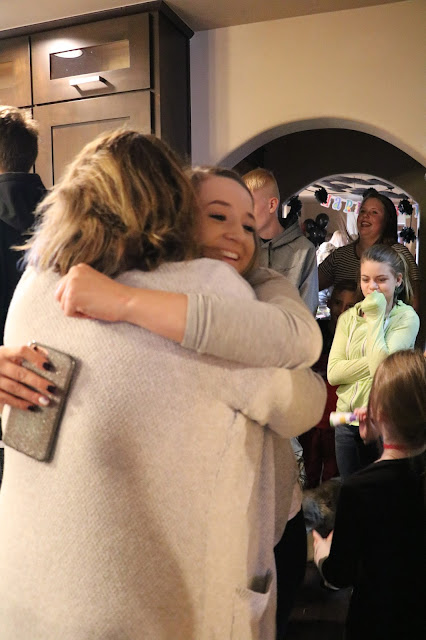 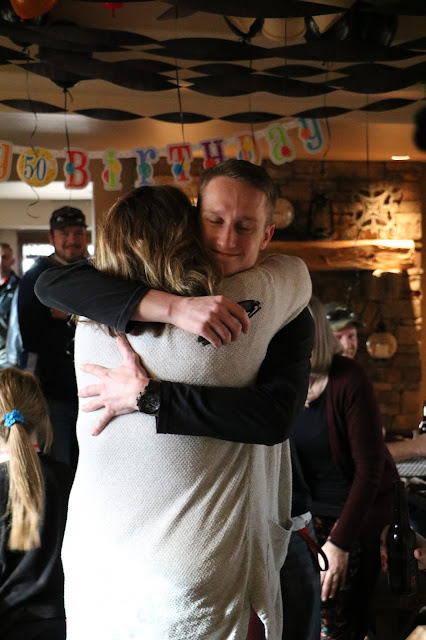 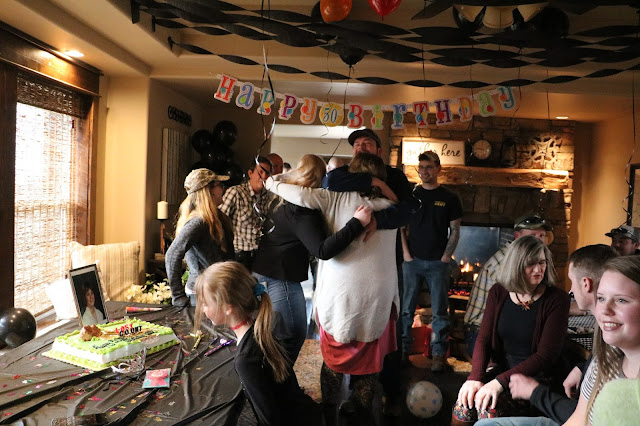 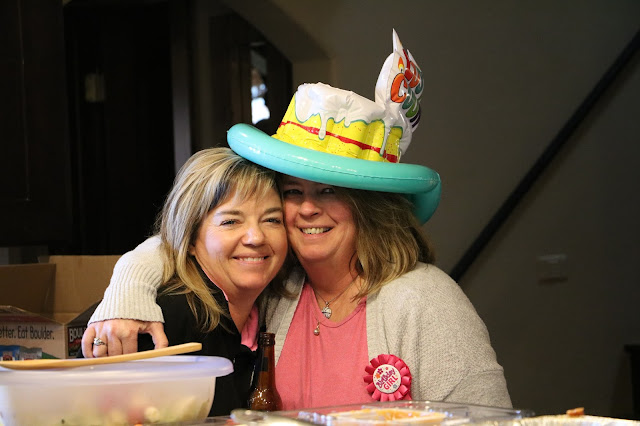 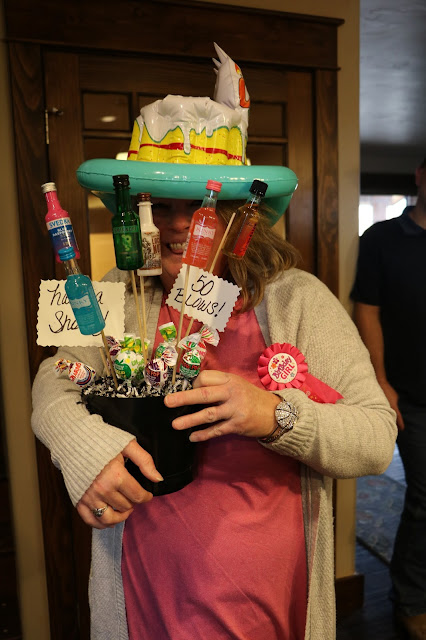 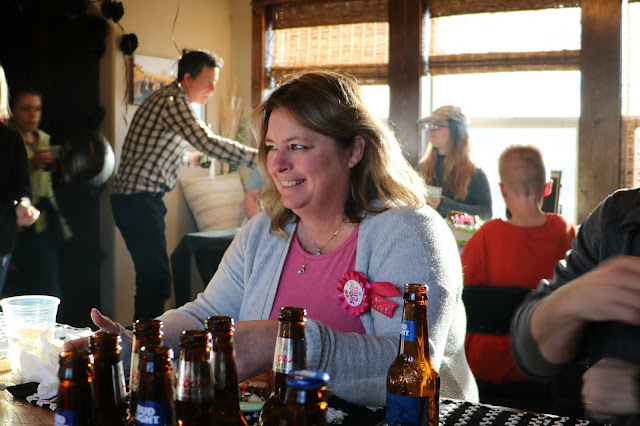 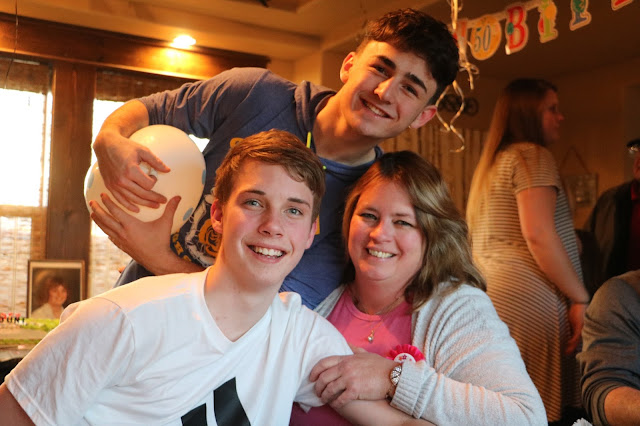 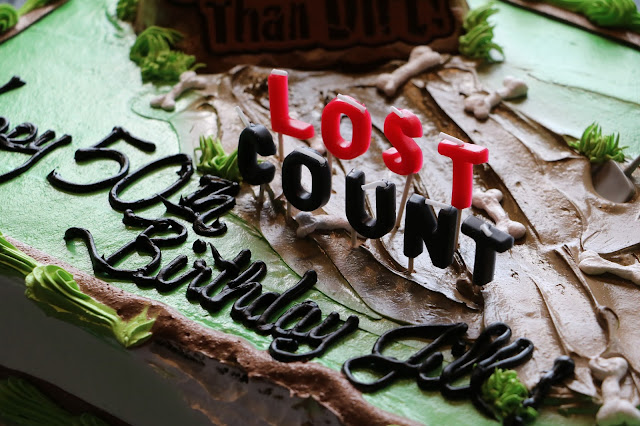 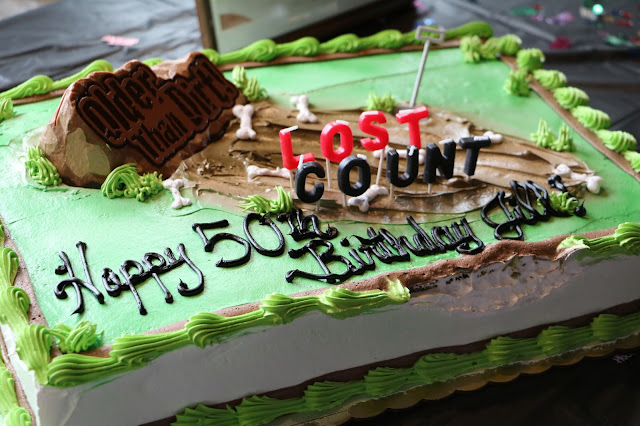 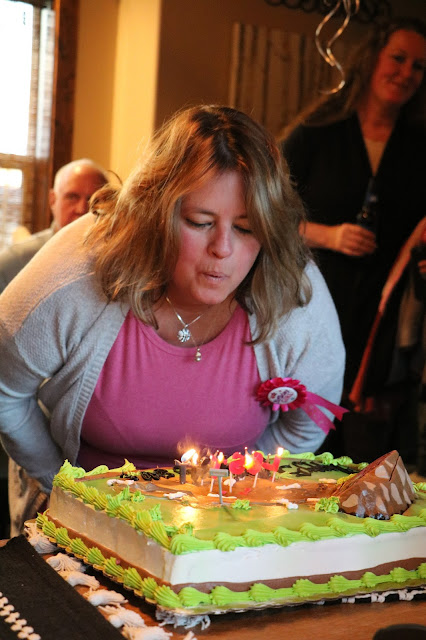 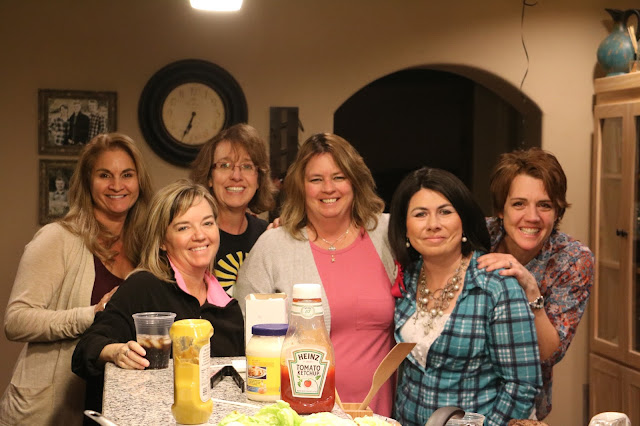 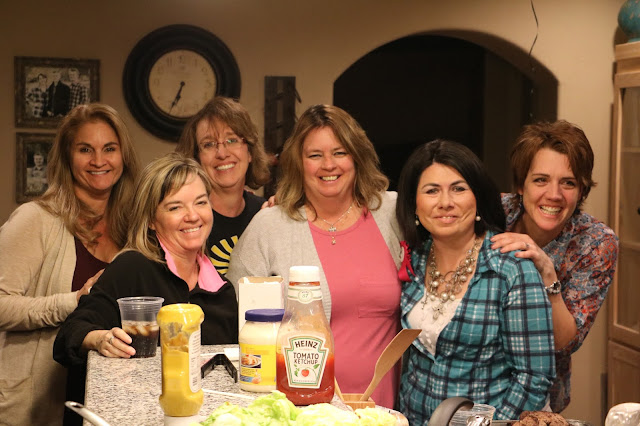 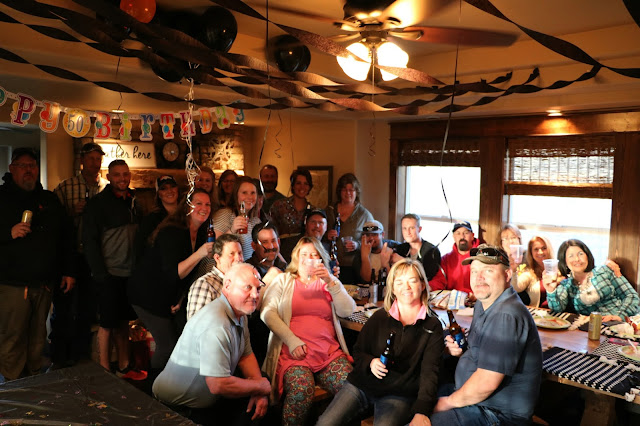 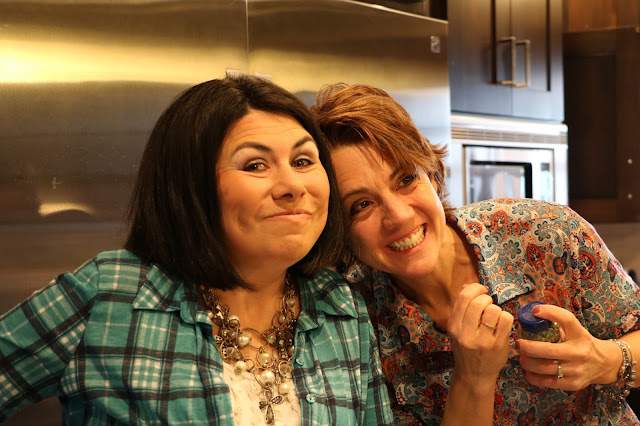