Life lately has been busy in a boringly predictable way, which, doesn't really lend itself to fresh and/or interesting blog posts, so, if what you read next seems boring and predictable, just pretend to be interested and/or entertained.

I appreciate your cooperation.

Soooo, I have a cold. Just your typical, run of the mill, winter bug, but, of course I want nothing more than to lie about (lay about? I always forget; Mrs. Richmond, where are your superior English grammar skills when I need them?! I was in Honors English, for pity's sake!) on the couch and drink hot tea while channel surfing between cooking shows and Say Yes to the Dress (Holy crap, what terrible sentence structure that was; again, what the hell, Mrs. Richmond?).

Also, I finished a really stressful month at work and now feel kind of at a loss as to how to organize what feels like an extra three hours to my day, despite there not actually being three extra hours, it just feels like that because I no longer have what essentially boiled down to three extra hours of work a day, which is what I grew accustomed to during the month of January (These sentences are not improving).

In other news, the boys won their game last night, which was especially awesome since they beat a team that had previously beaten them earlier in the season, and, this time, the win counted toward League play whereas the previous game did not. Basically, they won when it counted. The other team was less than pleased.

Also less than pleased was the Man-Cub, who did not get as much play time as he would have liked. The Mama Bear in me shared in his displeasure and seriously considered rushing to his aid in speaking to the coach. The Reasonable Parent in me talked the Mama Bear down from the ledge and convinced her to let the Cub handle advocating for himself since that is a life skill that he will need to finely hone if he is to move thousands of miles away from me to live on an island. Alone. Without me.

Anyway. Exciting game! And, as a total aside, since the Cub was accepted to HPU, I have encountered some reference to Hawaii in my daily life more often than not. I'm not kidding; cashier at the department store where we were buying Hugh new jeans mentioned that she is going to college in Hawaii in the fall, a new client at Day Job mentioned that her son lives in Hawaii, the freaking Pioneer Woman has made Hawaiian hamburgers, Hawaiin pizza, and Hawaiian stir-fry on her cooking show, and a giant Spam display magically appeared in the grocery store where I am certain I had never seen Spam before. Hawaii, Hawaii, Hawaii. It's everywhere.

The boys play at home again today, I have another busy week scheduled at Day Job, and my cold does not appear to have any intention of clearing up and moving out; I think it's safe to say that the next week will be like deja vu all over again.

I bet there are some references to Hawaii thrown in for good measure.

And, that's what's up, Buttercup.


Let's look at some recent pictures now, shall we? 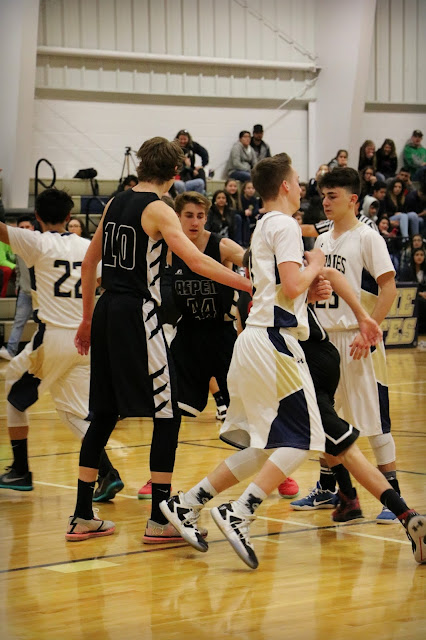 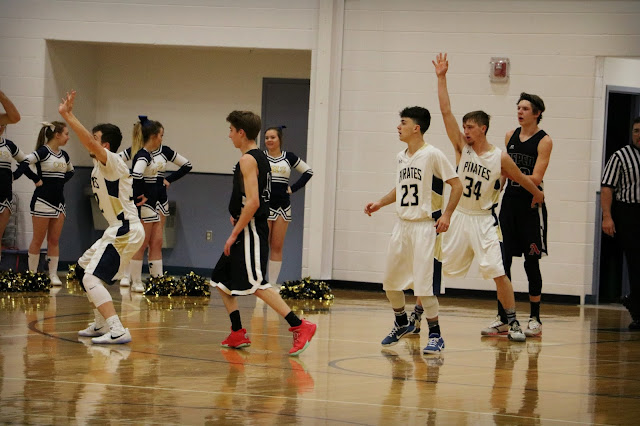 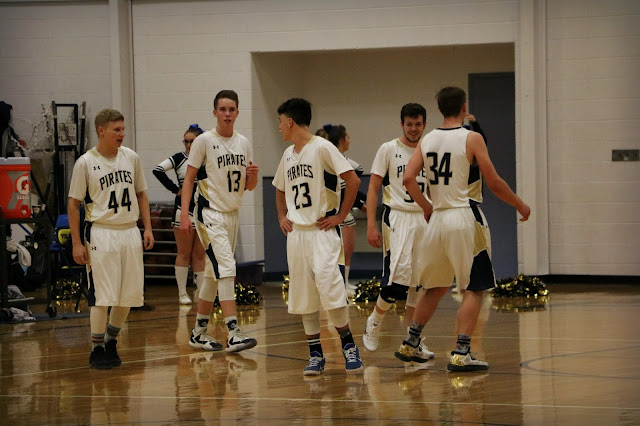 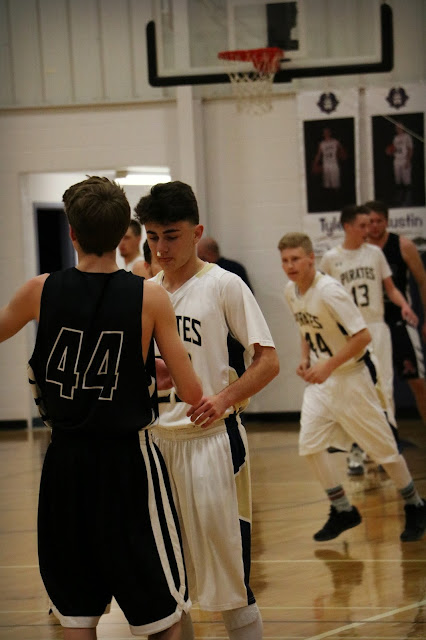 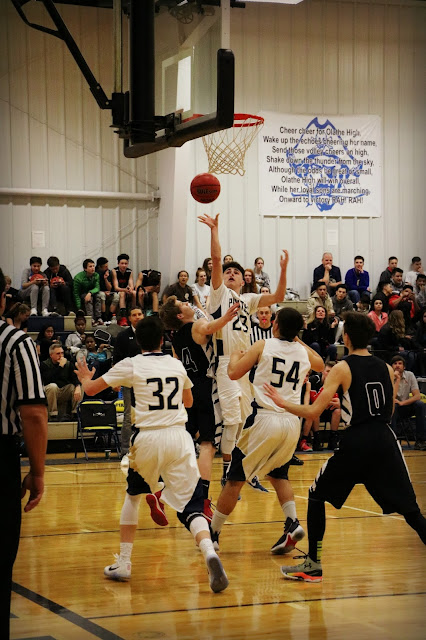 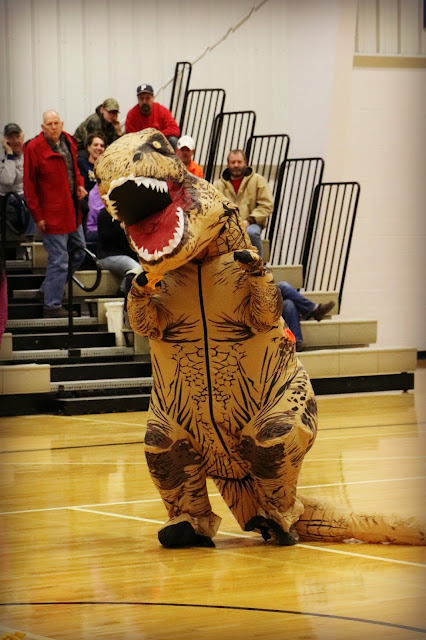 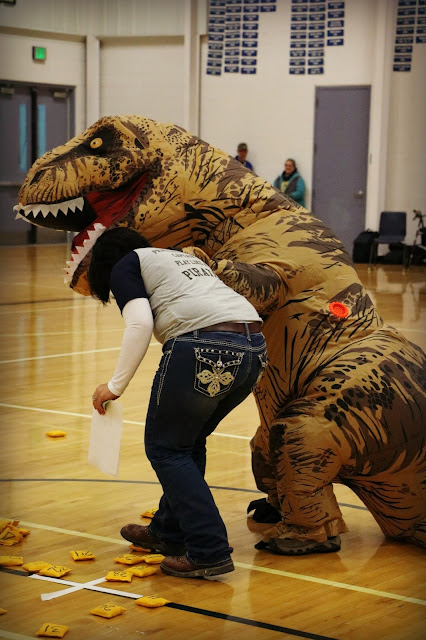 The T-Rex is a friend of ours who thought that our Booster Club's half-time bean-bag toss fundraiser needed a little excitement. The crowd loved him. I'm not sure BCPE loved having her head nearly swallowed by his giant T-Rex mouth, but, she took one for the team, which made my little heart happy.

Had either one of them donned a grass skirt and danced a hula, however, I'm pretty sure I would have had to kill them.