Did you know that, when your old frenemy Exercise Tourettes is in town, and, you've also been fighting the Crud since roughly the second the ball dropped on New Year's Eve, and, you just want to crawl under the covers and die, it's a natural fact that your life will become super busy and frantically paced?

So, yeah, I had a busy weekend. Friday night, the boys played at home, which meant that we traveled on Saturday. We lost both games, one by three points, and one by sixteen. Despite the losses, it is so apparent how much the boys have improved this year; each of the teams we played had previously beaten us by more points, so, to even be able to say that we are closing the gap is a strength. I'm just sad that this is the Man-Cub's final season, I would have loved to see how these boys would be playing with a couple more years of their current coaching.

After the game on Saturday, our small basketball family gathered for dinner, and, Queen B was able to join us, so, I got to share a meal with some of my favorite people (Hugh was out of town at a regional wrestling tournament). 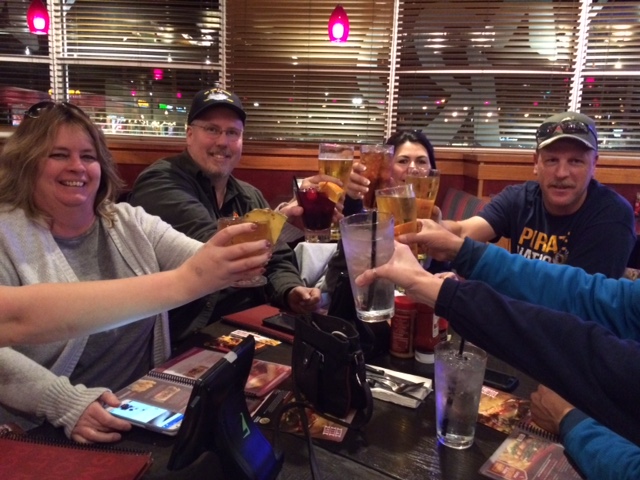 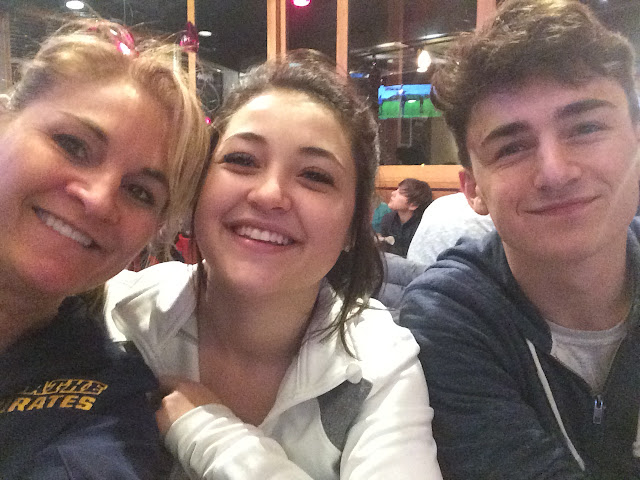 By the time we got home on Saturday night, I was wiped out. The head cold that I have been nursing has migrated to my throat and chest, and I have not been sleeping well, at all. I searched my cabinets high and low for something to take me out of my misery and finally happened upon the last two Dayquil nighttime caplets in the house, they were expired by at least a year, but I was desperate, so I took them and was able to get some sleep.

Sunday, I spent the majority of the day at the hardware store, where Emily and I went over the year-end paperwork among some other tasks. Then, I took the Cub to see A Dog's Purpose, which, was really good, but, if you're going, be sure to take some tissues.

After the movie, the Cub and I picked up some dinner and some drugs and I went home to get some rest. Hugh got home around nine or so, and, that pretty much capped my day.

In hindsight, it doesn't look like a very busy weekend, but, shitdamn, I am exhausted.  I think I may need stronger drugs.
Posted by Chelle at 6:18 AM