I meant to post this yesterday. And, by that, I mean; I meant to write it yesterday, you know, on Friday. But, as the title of this post would indicate, Friday is really just another Thursday, or, possible a Wednesday. Hey! Could be a Saturday, which, today it is. Make sense? About as much sense as anything else makes these days, amiright?

Anyhoodle, here are the things currently floating my boat.

When Mom and I were shopping at the Hellmouth earlier this week, I picked up what I thought was the monthly edition of The Food Network magazine. Imagine my surprise when I got up to the register and it rang up at $12.99, that's...not how much the magazine usually costs.

Like an idiot, I had picked up one of the special edition magazine-style cookbooks that the publishers put out each season. Now, was I about to admit that mistake to the cashier, who was patiently waiting for me to pay while a socially-distanced line of shoppers behind me waited less than patiently? No, no I was not. So, I now have an incredibly expensive magazine from which I am determined to attempt every recipe not involving seafood.

Seafood is not, has not, nor will ever be, a favorite. 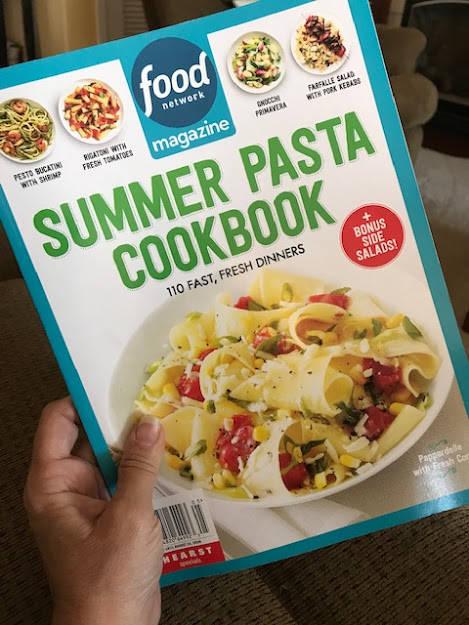 I planted two hydrangeas last year and both are coming back. One is blue and the other is light green, and, while neither has bloomed yet, I am crossing my fingers and hoping that they will. In the meanwhile, I went ahead and purchased two more to go along with the hot pink one that Hugh and the kids got me for Mother's Day, which means I now have a total of five.

Math, another thing that is not, has not, nor will ever be, a favorite. And, I digress...

... the new hydrangeas are white and purple, respectively. Hugh is going to get them planted at some point this weekend. 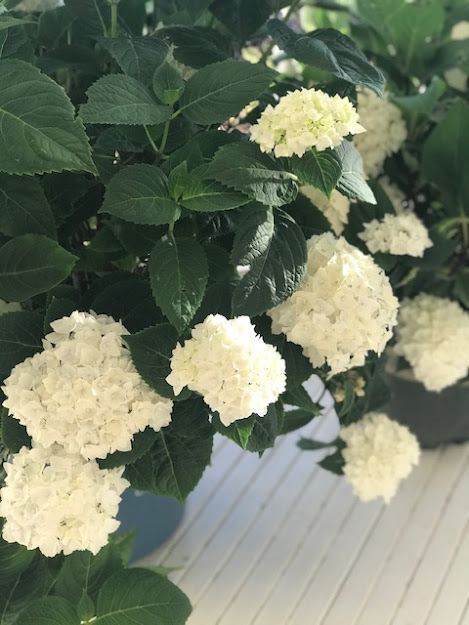 While searching for Mediterranean recipes for this week's summer potluck (which ended up not happening because Mama Jill, who was supposed to host got whisked away on a surprise weekend trip to Moab by her husband, who could have told us that was his plan but, apparently doesn't trust us to keep a secret. I'm hurt. And, digressing, again), I found a recipe for Limoncello spritzers, which, are Mediterranean because Limoncello originated on the Amalfi coast of Italy, which, is on the Mediterranean Sea.

Geography, while not a favorite, still beats math. Just sayin'.

I'm going to make the spritzers tomorrow night, when we get back from four-wheeling with The Lesbians (side note: they still insist on being referred to that way on this blog, and  I cringe every time. Obviously not because I judge their relationship but; because I worry that, without top billing, my other lesbian friends will feel less loved. It's a quandry). 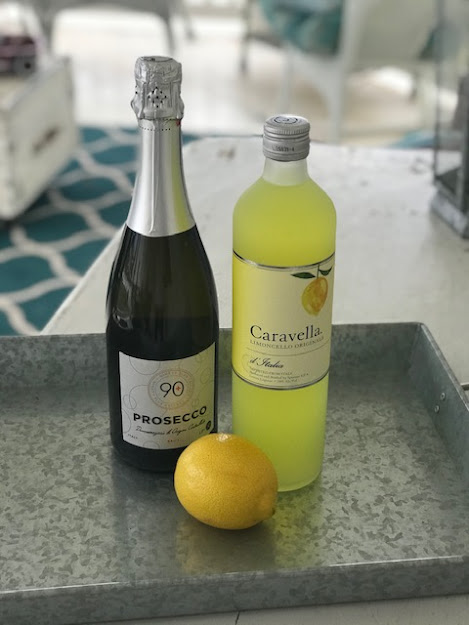 Last night, the sunset from the porch was amazing. 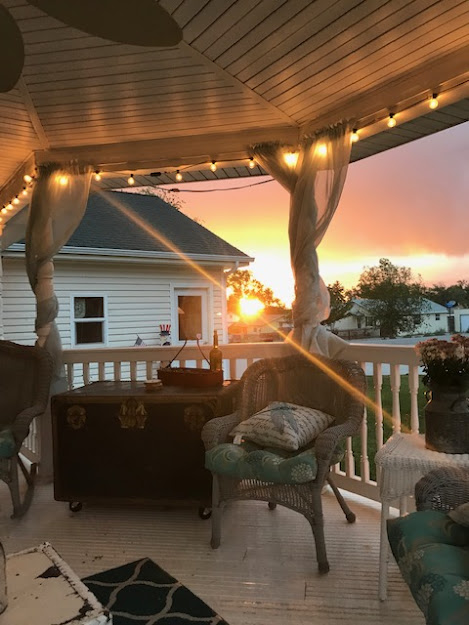 Taking in God's artwork is, has always been, and will always be, a favorite.