Saturday, during the brief time that Hugh and I had to relax on the boat, we reminisced about all the years that we have owned her. We purchased her in 2008. At the time, I was not at all convinced that we needed a boat, or, were in any way, shape, or form, boat people. Hugh, however, was hell-bent on purchasing her, and, since he had gallantly acquiesced to my desire for a wraparound porch two years earlier, despite not believing that we needed a wraparound porch; I grudgingly acquiesced to the purchase.

As we floated, I took stock of the things on the boat that have been with us for as long as we have had her, and, a few that have been around almost as long. Some things, it turns out, are very good investments. Just like the boat.

I bought this laundry bag the first summer that we had the boat. It cost all of five bucks at The Hellmouth, so, I figured, if it fell apart after one season's use, no big deal. Twelve years and counting, folks, and let me tell you, the towels that this things totes around are heavy. 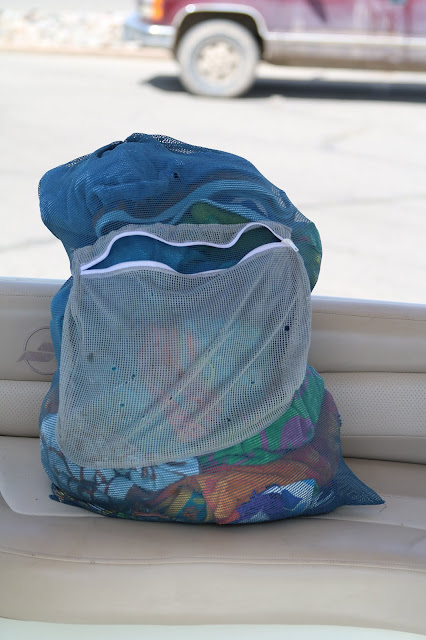 Speaking of those towels; I purchased ten or twelve of them from Target, that same year. At the time, they cost quite a bit more than I was comfortable spending on beach towels, but, they were seriously cute, thick, and seemed like they would hold up. Since then, they've been washed too many times to count and they still look almost new. 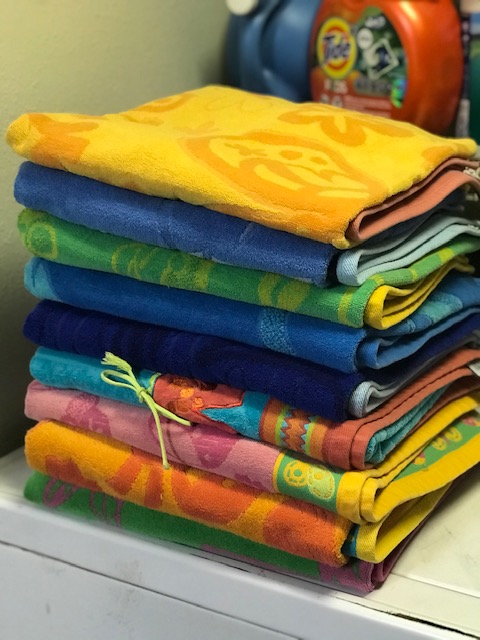 I also got these fun clips at Target around the same time that I got the towels. We have used them to clip wet towels on the boat rails ever since. You can't find them anymore, so I'm glad that they are holding up. 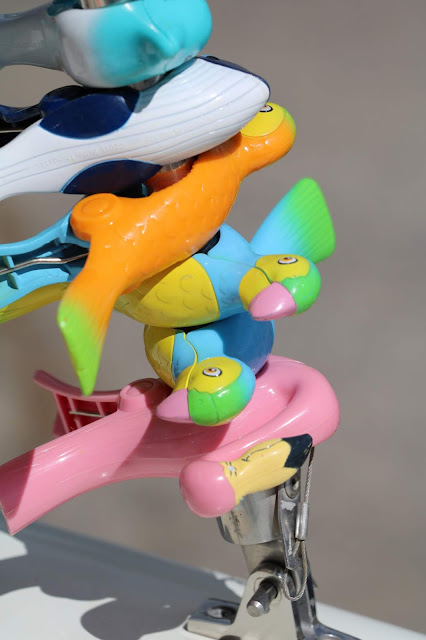 This soft-sided cooler is slightly newer than everything else; I think I purchased it about six years ago. It holds a ton, collapses for easy storage, and has several pockets and compartments for sunscreen, utensils, and other items. It's pretty dang cute, too. 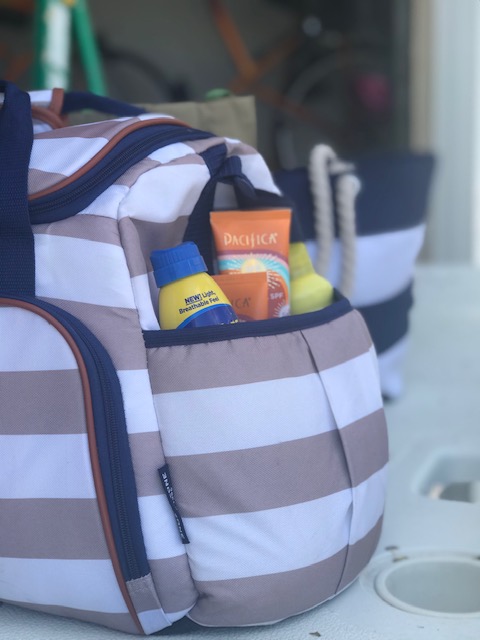 I know that these are just things-the boat included-but, it's amazing how much comfort I find in the normality that they represent. Our world has gone topsy-turvy and traditions, heirlooms, family customs, and faith are what we need to hold on to. At least, that's how I feel.

And I'm not above wrapping myself in one of those towels and allowing it to comfort me.