Two Parties in Two Days; Is This Even LEGAL?

Yesterday, we celebrated Kaley's eventual nuptials with a little bridal shower at Jana's. The current limit on large gatherings is thirty people, and, when all were said and counted, we probably had just shy of that, so we were well within compliance.

The wedding itself isn't scheduled until January, so, with any luck, Kaley and her intended won't be worrying about how many guests to cut off the list and will be able to throw the shindig of Kaley's dreams. In the meanwhile, she had a nice little gathering of friends and family to get the celebration shenanigans off and running.

The theme for the day was tropical, which was a nod to the Bahamian honeymoon that Kaley and her intended will be taking following the wedding. Jana did a fantastic job transforming her deck for the occasion. 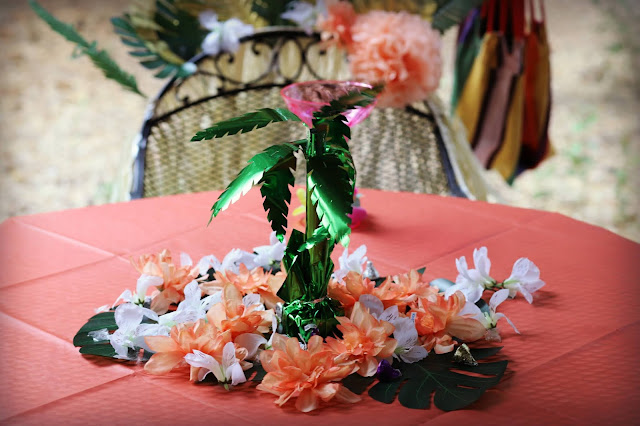 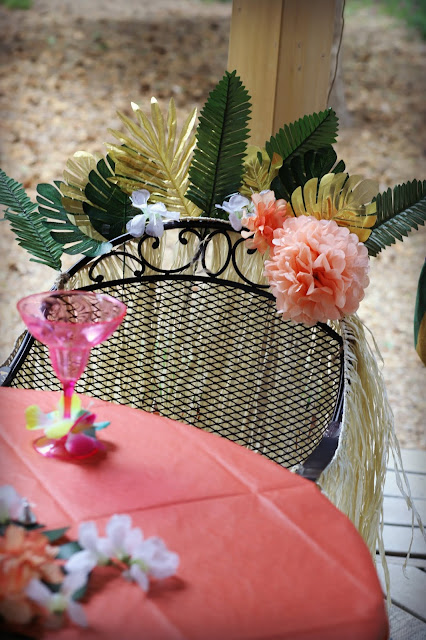 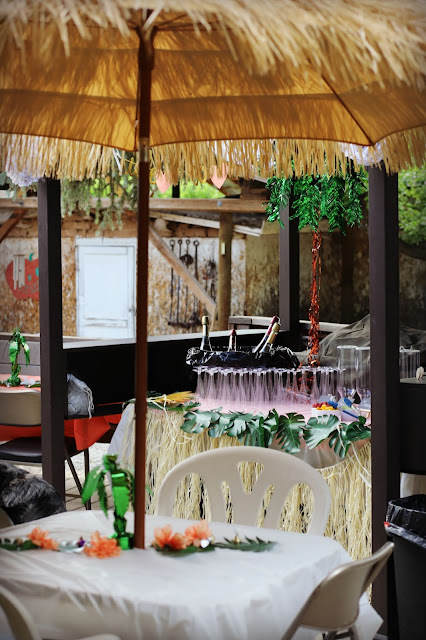 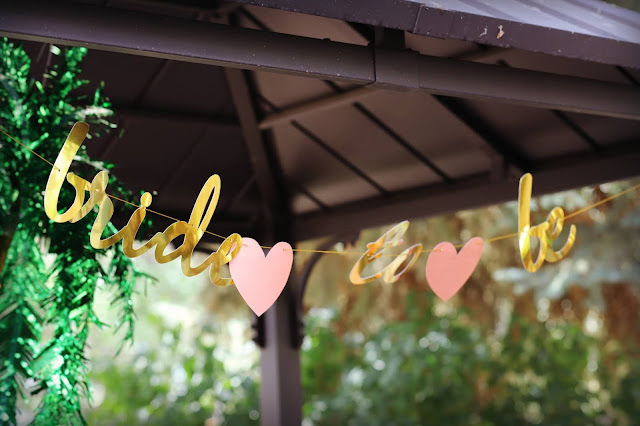 Since the shower started at 11:00, Jana went with brunch foods, to which she added an impressive cheese tray (I have taught her well; she used to turn her nose up at the "fancy" cheeses) and hand-decorated cookies. The food went quite well with the many flavors represented on the mimosa bar that Jana also prepared. 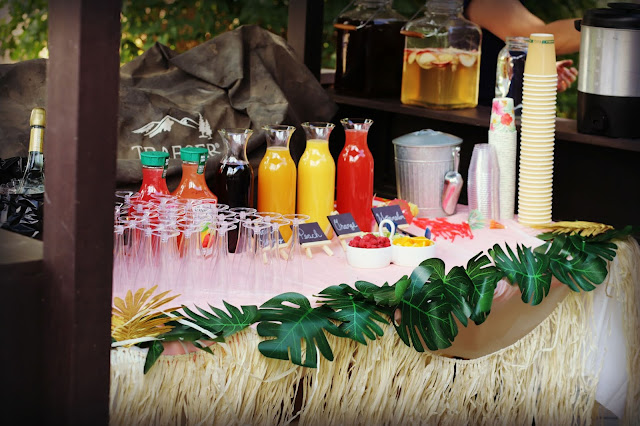 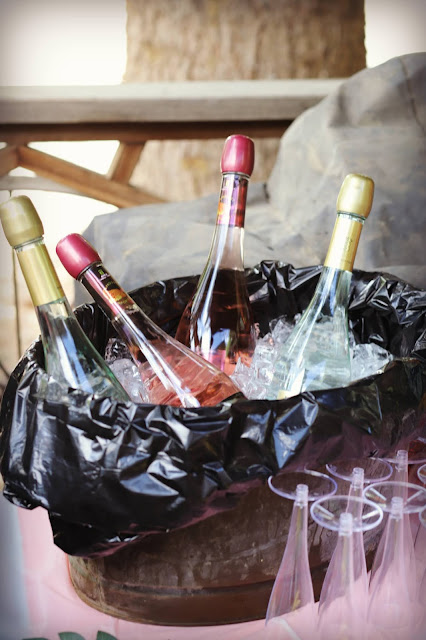 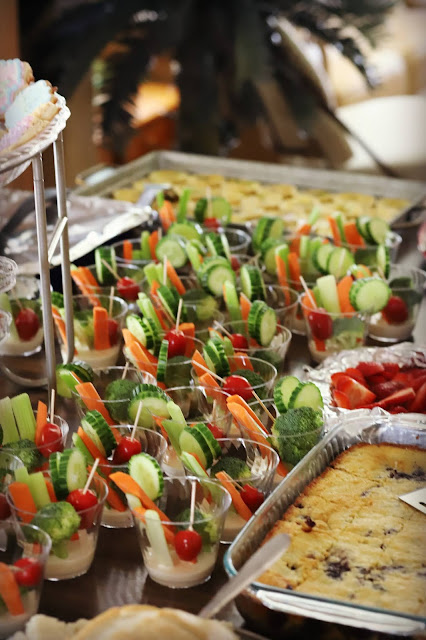 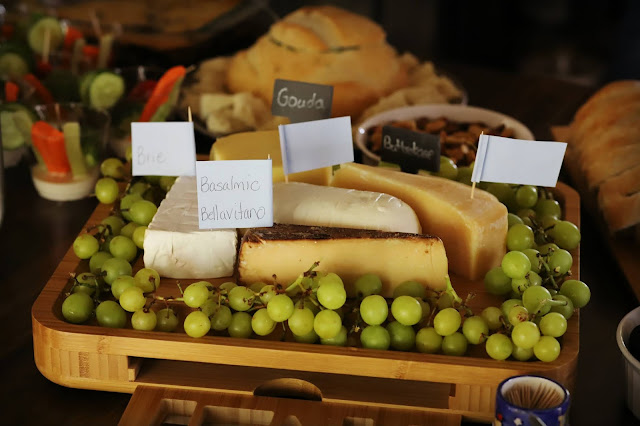 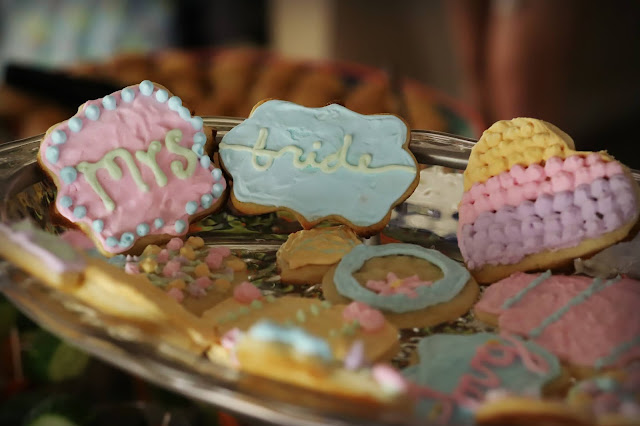 Of course, the best part of any party is the crowd that it draws, and, Kaley was surrounded by people who love and support her, whether from near or far. 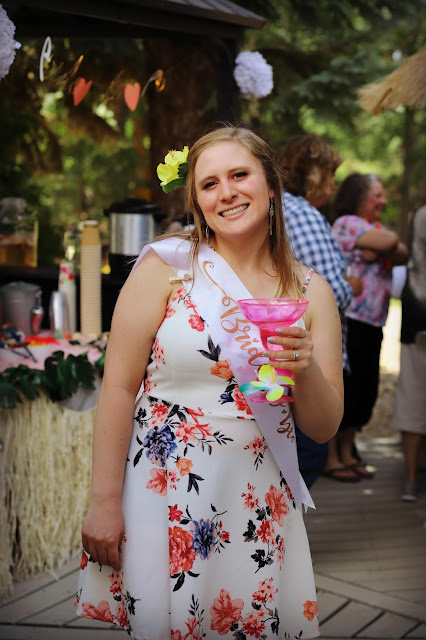 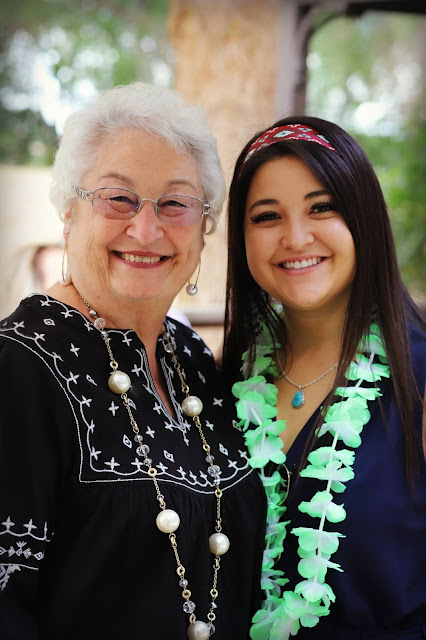 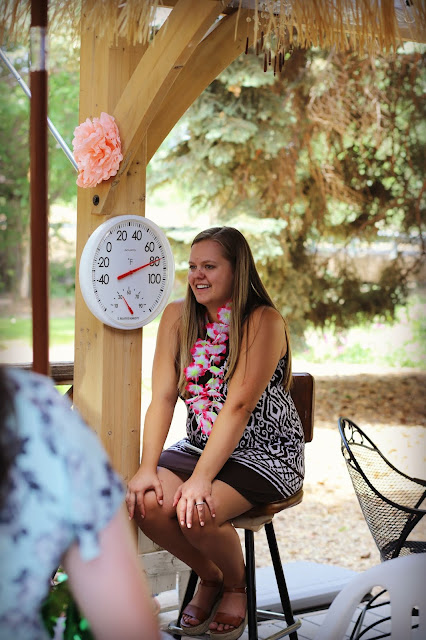 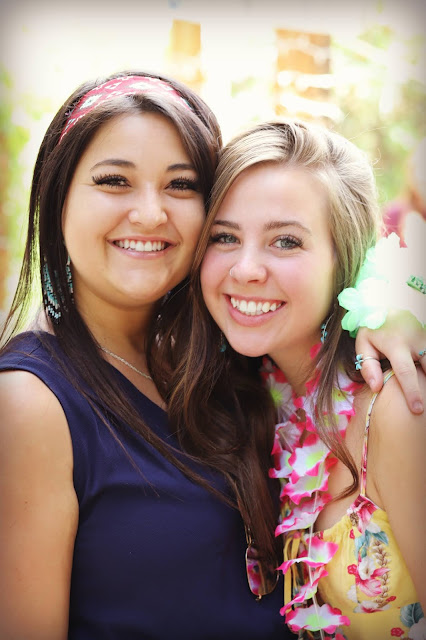 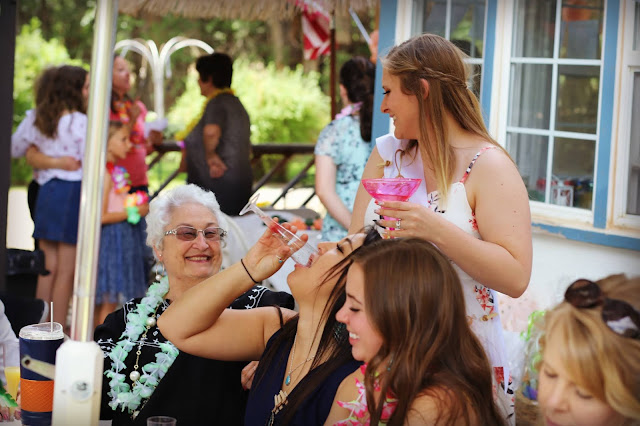 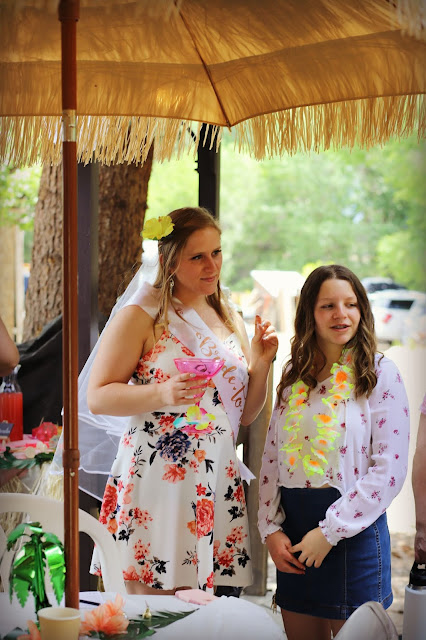 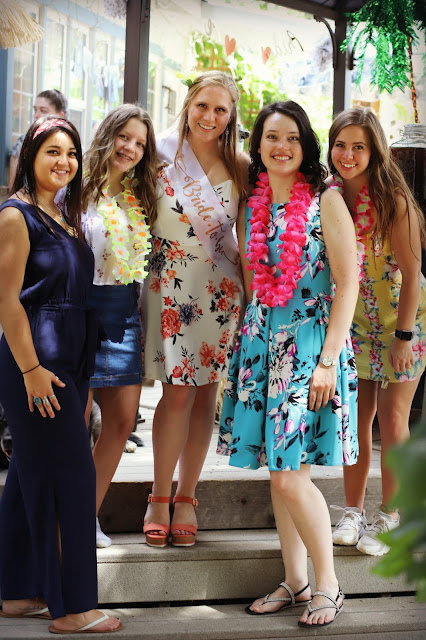 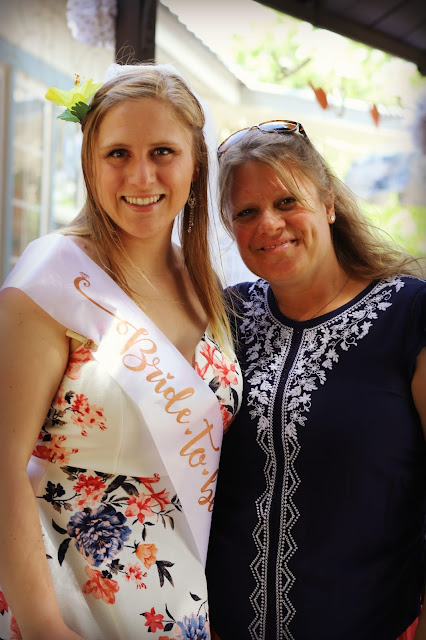 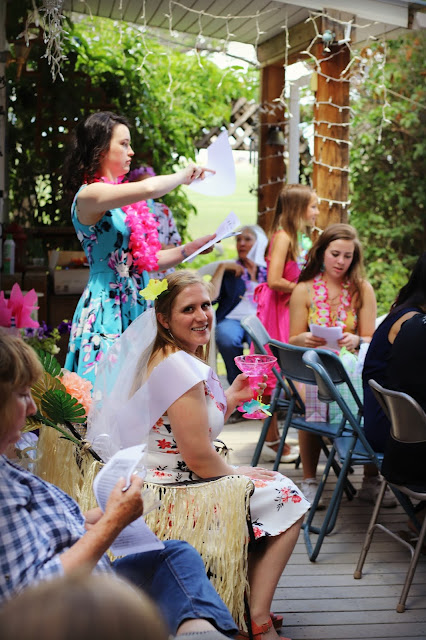 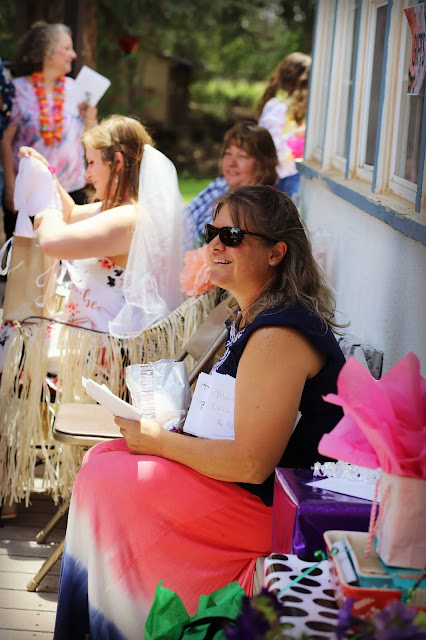 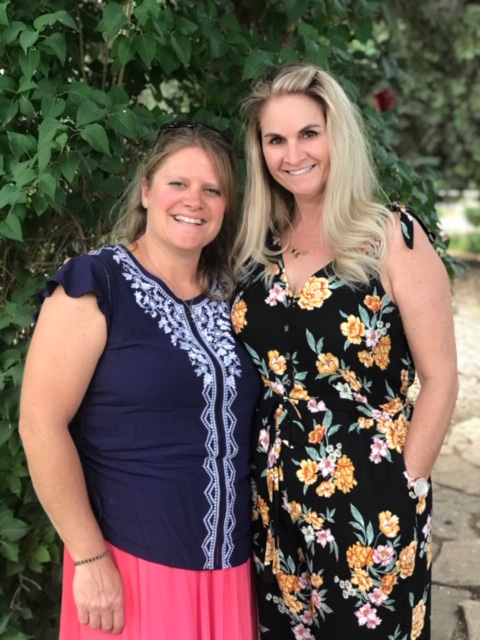 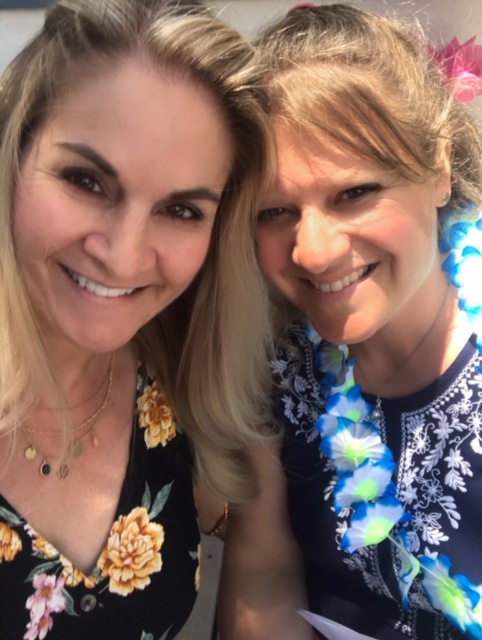 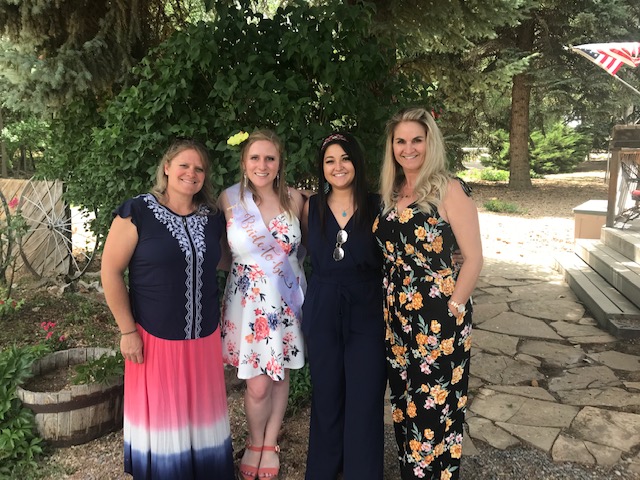 I'm just really happy that, yesterday, it was from near. She deserves that. 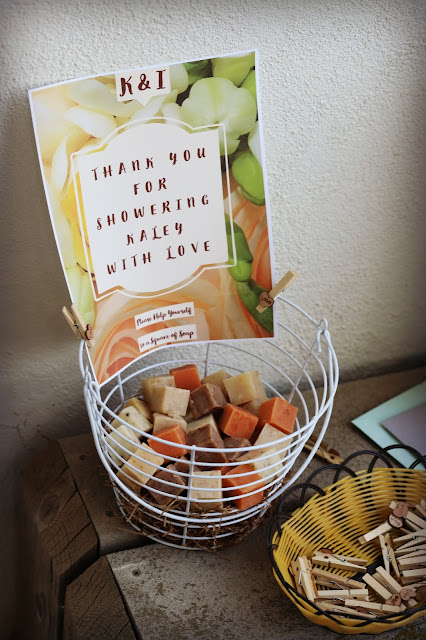