I don't think I mentioned this, but, I took Friday off in order to spend some quality time with Mom. It was the first personal day that I have taken since I started New Job and I think I deserved it.

Mom and I made the best of the day. We got pedicures; the first for each of us since well before the shut-down. I chose a shade of OPI from the vast collection on display at the nail salon because I had forgotten to grab one of my own polishes before we left the house. I like the color, but we will see how it holds up (I have a theory about salon polishes, in that; I think they thin them down to make them stretch farther, which also makes them chip more easily on the nail. Time will tell if my theory bears out). 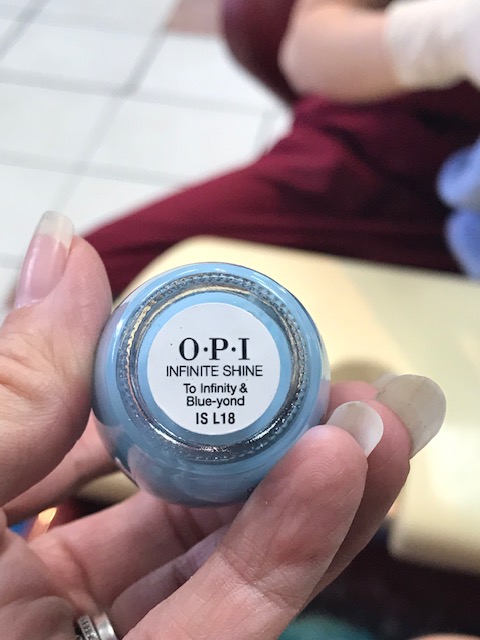 We spent the rest of the day getting ready for the potluck that I wrote about yesterday, as well as spending time with Queen B, who had made the trip down from neighboring City for the festivities. It was a great way to spend the day; much, much better than working, if I'm being honest.

Saturday, Mom, Queen B, and I continued the fun with a day of shopping, chatting, and lazing about on the porch, where, I churned a batch of homemade ice cream just for funsies. The recipe I made was for  mint chocolate chip ice cream, which is one of our favorites, and super easy to make. 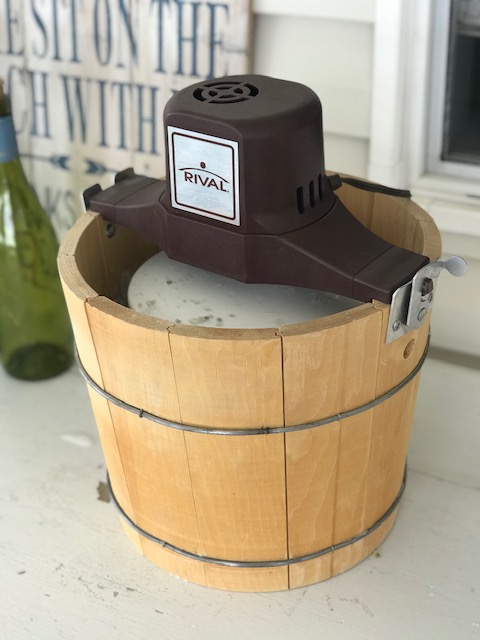 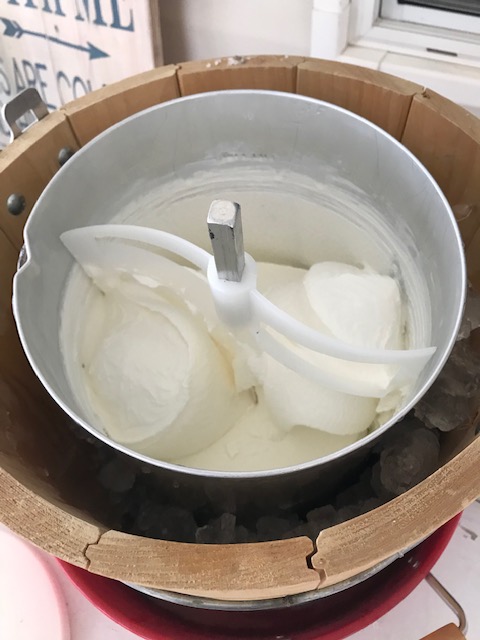 While the ice cream was churning, Queen B and Hugh worked on cutting and peeling a jackfruit that we picked up at the little market in town. None of us had ever had jackfruit before and we were intrigued. In case you have never had the opportunity to try it, let me spare you the time, money, and frustration: they are a sticky bitch to prepare (we are talking NASA-level adhesive properties on the sumbitch; I think we ruined a knife cutting it, actually,) and they taste like a disappointing combination of apple, melon, and what I can only imagine mustiness would taste like if it were an actual taste rather than a smell.

In short, not great. But, hey! We can say we tried it. 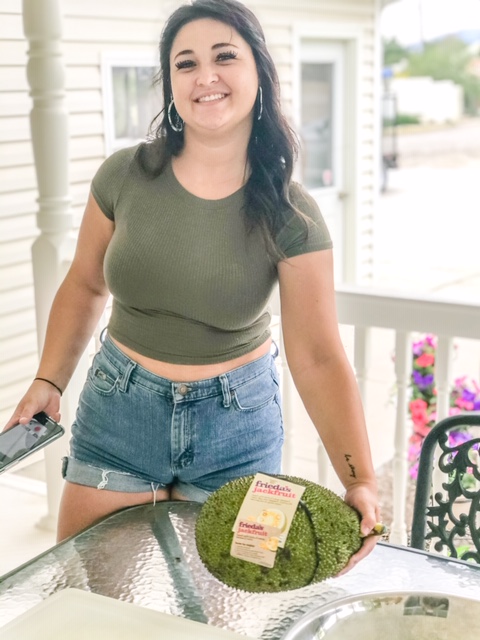 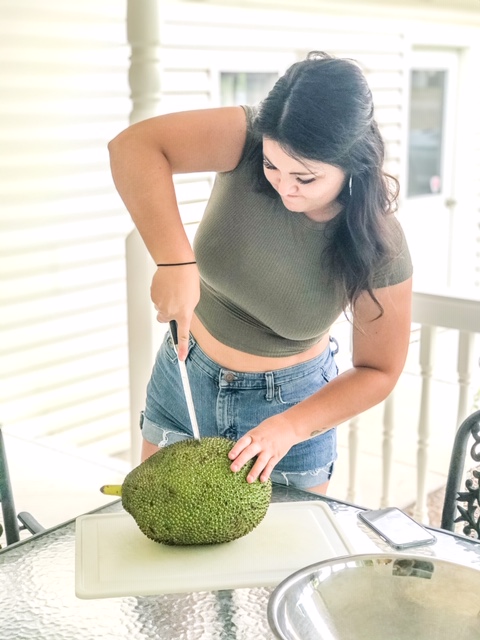 Queen B attempted to cut the fruit... 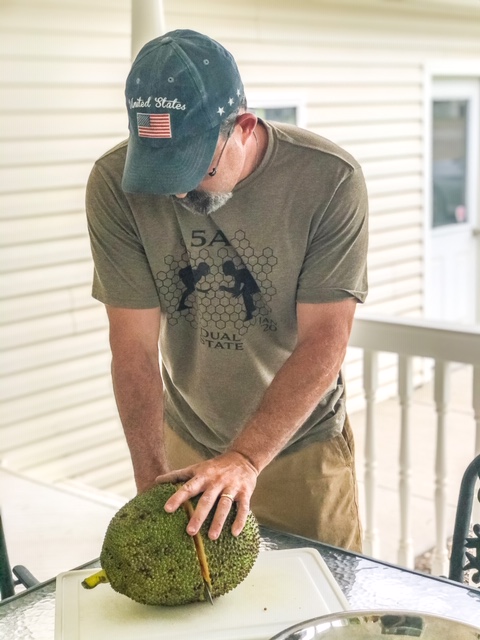 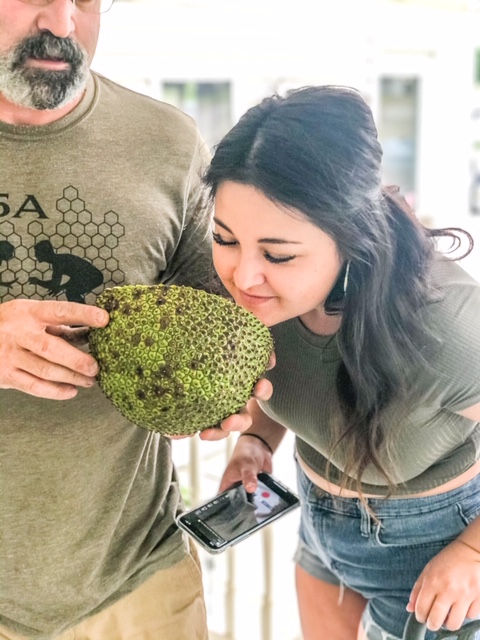 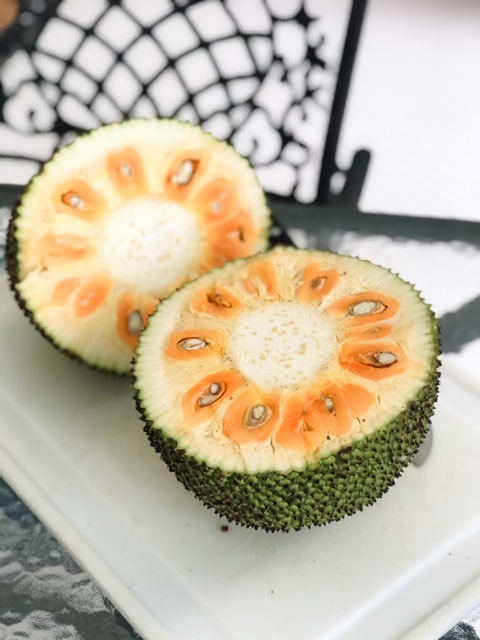 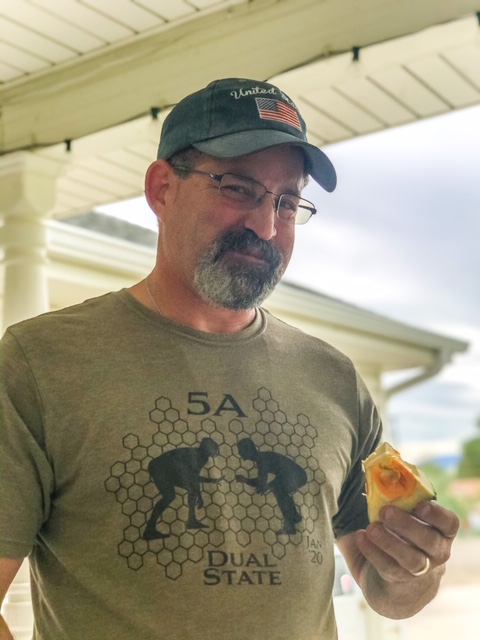 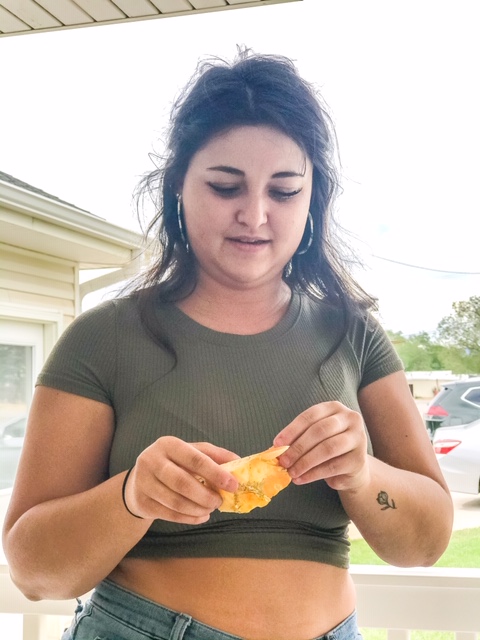 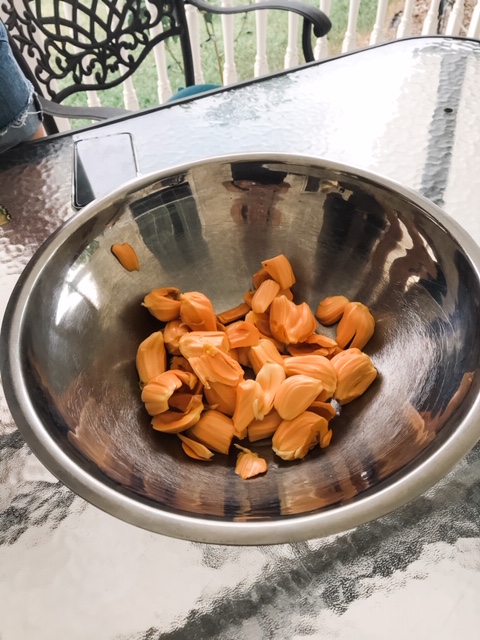 This is what fifteen bucks will get you

We continued the long weekend with breakfast at Denny's, which, is a tradition that my parents started with the kids years ago and that Mom has made a point of continuing since we lost Dad. It was a nice nod to him on Father's Day, although we all missed his presence.

I skipped my usual Moons Over My Hammy in favor of the cinnamon roll pancake breakfast and I think I have discovered a new favorite; those pancakes were seriously good. 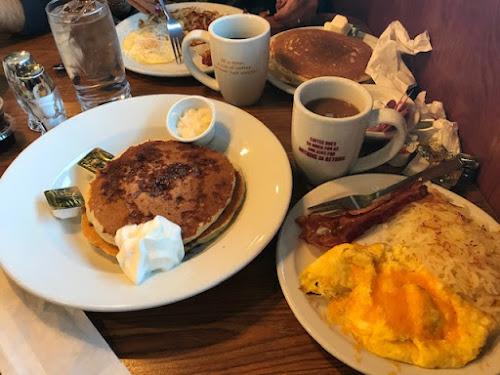 After breakfast, Hugh and the Man-Cub picked up Mikey, loaded up the four-wheelers, and headed for the hills. They rode for about four hours, stopping for a bit of fishing and just generally enjoying the great outdoors. 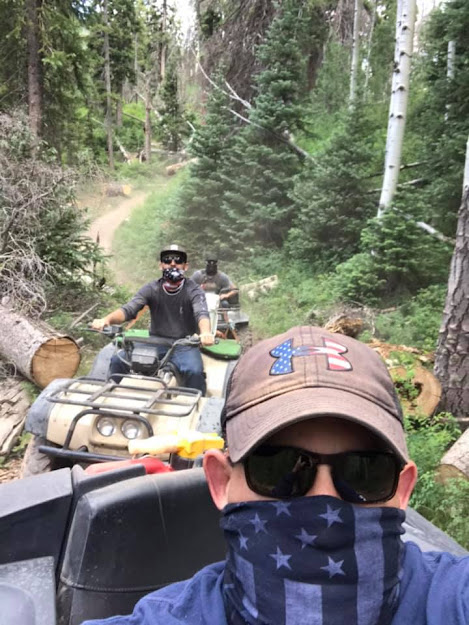 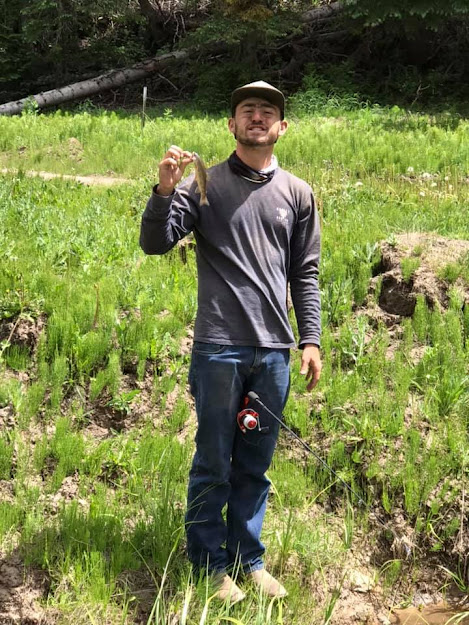 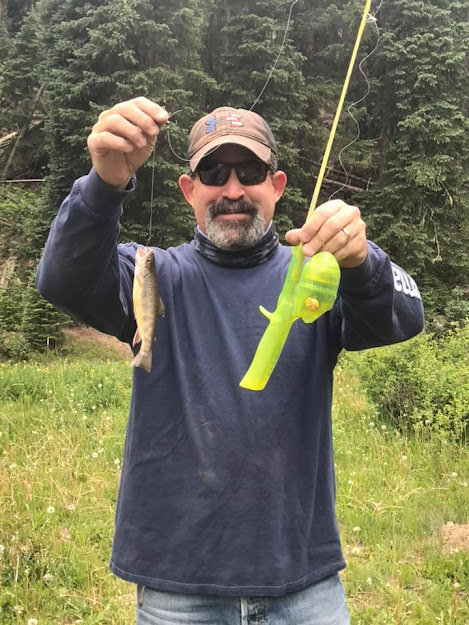 While the boys were away, Mom and I hung out around the house. We ventured into Hooterville long enough for me to pick up two new hydrangeas, but, otherwise, the day was all about relaxing until it was time to prepare dinner, which, was grilled chicken, mock Caprese salad, goat cheese stuffed grilled peppers and grilled asparagus, followed by a smores cake that Mom made (too rich for my blood!) and homemade mint chip ice cream. 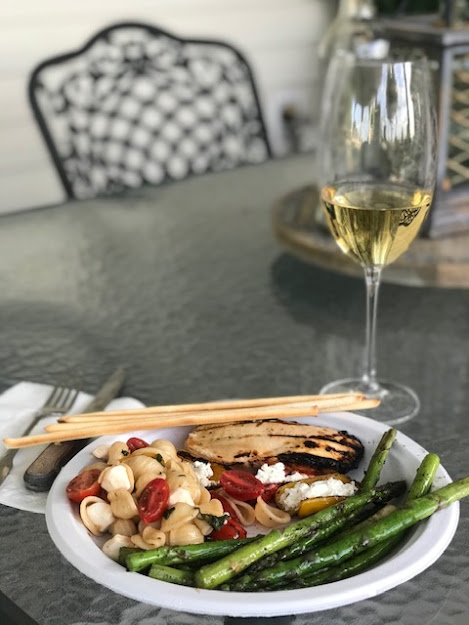 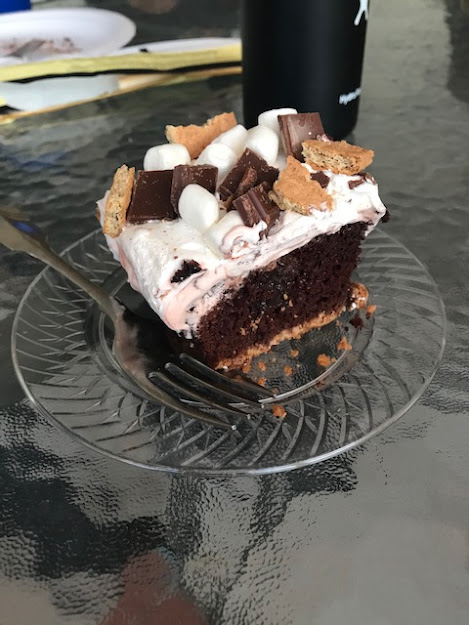 Oscar and Emily joined us for dinner and we all celebrated Hugh and Oscar with a toast. 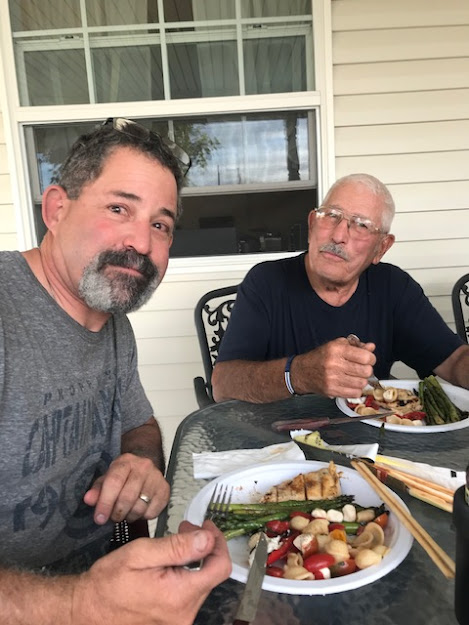 Which, brings us to today; I am headed back to New Job. At least I can say I had an amazing four-day weekend. It was the break I needed and I am ready to tackle the day.