I Had a Mother of a Good Time

See what I did there? Mother's Day humor, ha!

But seriously, I had a very nice Mother's Day weekend. On Friday evening, Boomer Dog and I took our daily walk around the park and I was able to get some really good pictures of the Great Blue Herons that are nesting in the area. 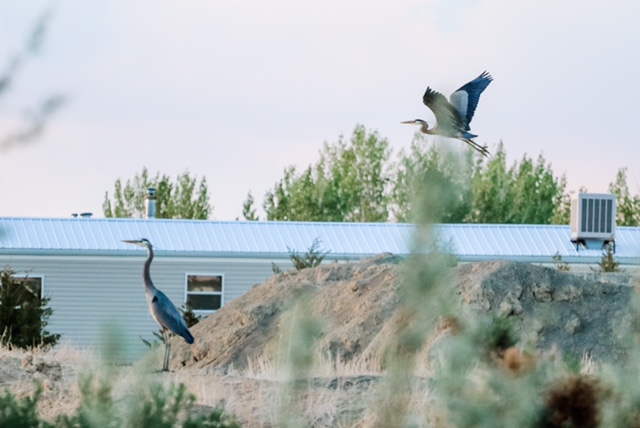 Then, we went home, where Hugh and I put together dinner. We recently started getting HelloFresh deliveries again and are enjoying our time in the kitchen. This night's offering was spaghetti with turkey meatballs, which, included kale in a creamy sauce. We aren't big kale eaters, but, this recipe may have convinced us to give it more of a go in the future. 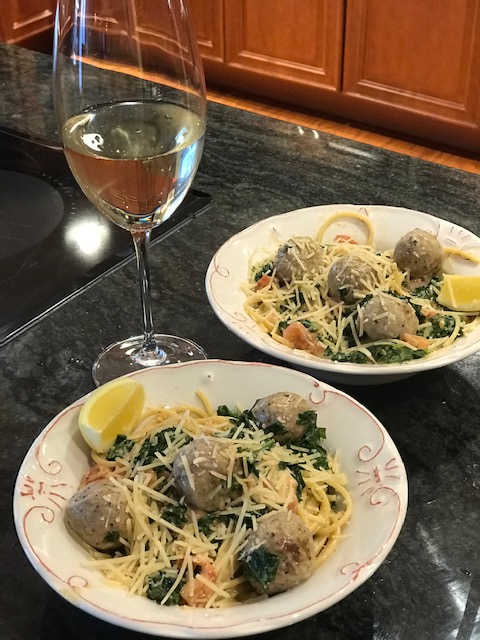 On Saturday, I slept in while Hugh went to take his finals for his EMT class (he passed with flying colors!). While he was away, I puttered around the house, catching up on chores on my To-Do list, including airing out the Cub's room for his return on Sunday.

Once Hugh got home, we went into Hooterville to pick up flowers for Emily as well as grabbing dinner at a Mexican place that we enjoy. 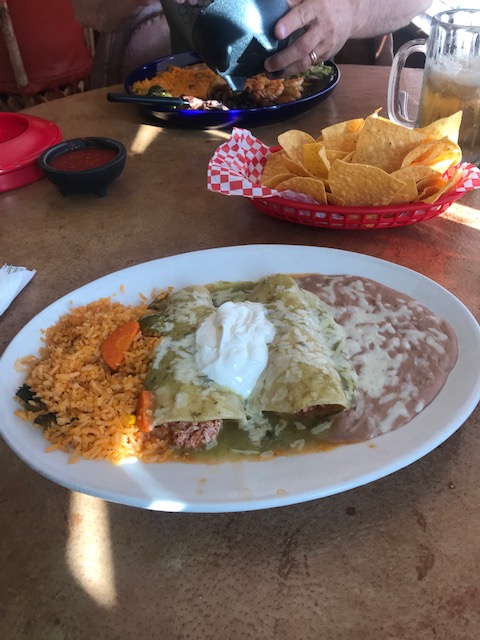 Then, we returned to Petticoat Junction, where we picked up Boomer Dog for a jaunt up to the park. I took my usual walk while Hugh did some fishing in the ponds. Boomer Dog opted to stay with Hugh, who, he thought; was playing fetch with him, although, he just could not figure out why Hugh was throwing such a small object, why it was attached to an invisible string, or why a small creature was attached to it when Hugh reeled it back in. He was one confused canine. 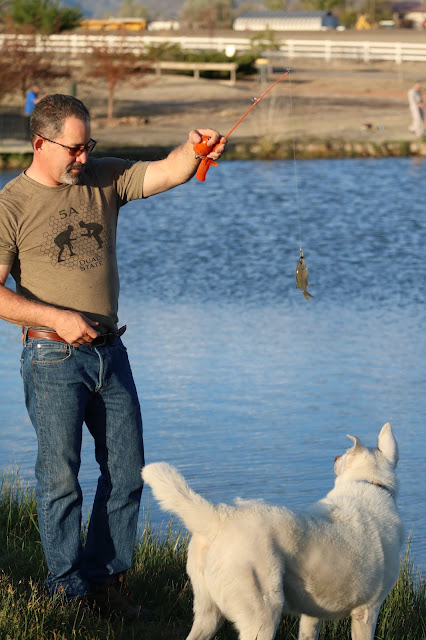 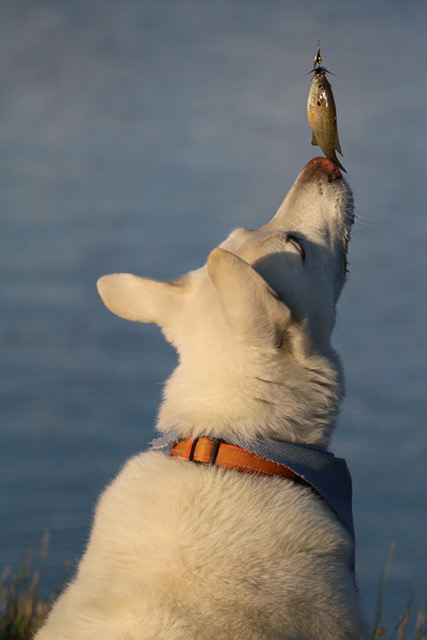 Da fuk is this? 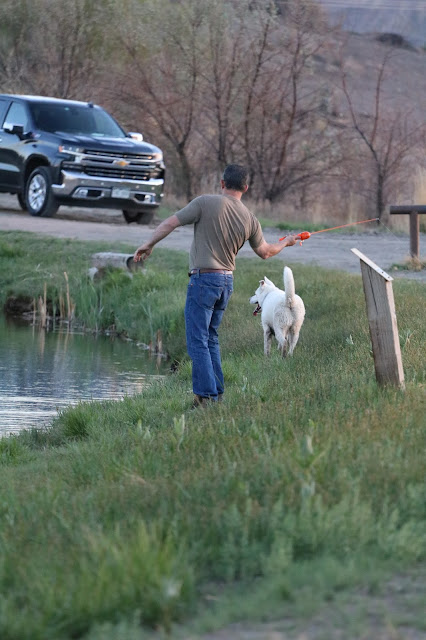 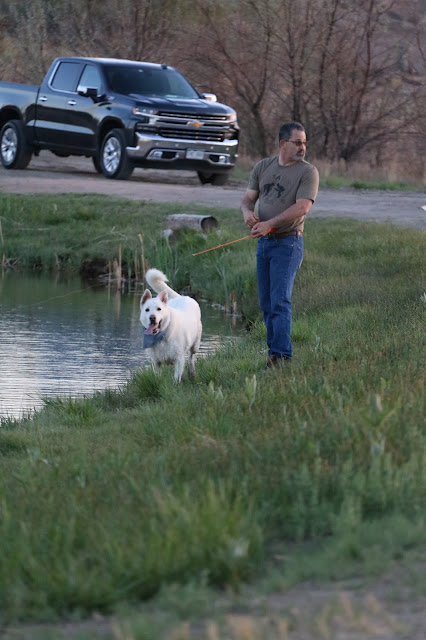 Hugh was still casting his line when I finished my walk, so I pulled out my camera and went in search of the herons again. I was not disappointed. 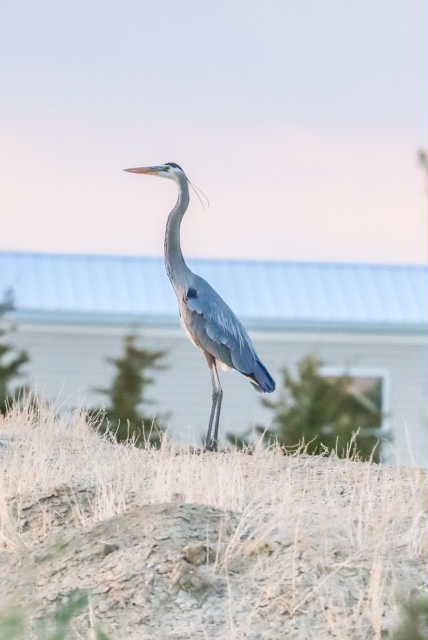 On Sunday, I spent the better part of the morning anticipating the Cub's 1:00 arrival. When he arrived, he surprised me with flowers, courtesy of his girlfriend, who had purchased them and then sneakily handed them off to him as I was giving him his welcome hug. It was very sweet and thoughtful of them both.

We spent the rest of the afternoon visiting with Oscar and Emily and relaxing at home while Hugh planted the rosebush that Queen B and the Rodeo Princess gifted me with for the holiday. There was a wee bit of drama surrounding the planting of said rosebush (Hugh hit the sprinkler system and had to repair a section of pipe), but, the end result was, and is, gorgeous. 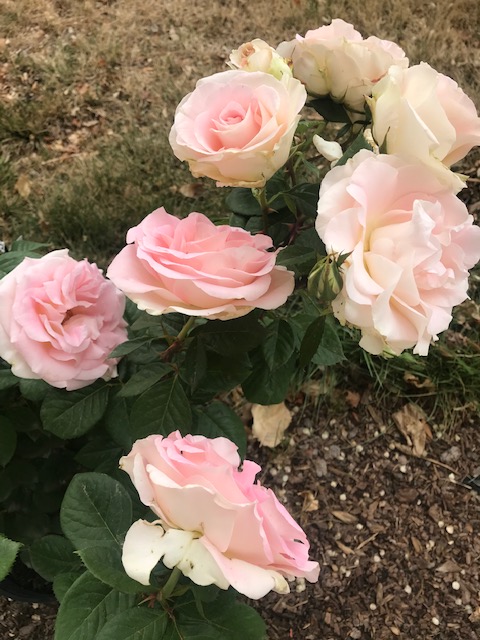 I finished off the evening with a nice dinner and a good glass of wine before calling it a day. And, now it is the start of another week. As I type this, I am almost late for work, so I will wrap it up.