I am still adjusting to the whole "empty nest" portion of the program over here, and, holidays have been the biggest adjustment. In years past, Memorial Day weekend would have been spent on the boat or in the motorhome, always surrounded by friends and family. These days, I am lucky if I get a few folks over for a meal.

Happily, last night, I got to cook for the Man-Cub, his girlfriend, Hugh, and Mikey. I made a taco feast that included a spicy cabbage mixture that Hugh always loves when we go to Mexican restaurants; it was my first stab at it and the recipe was definitely a keeper. I'll have to post it here sometime.

In addition to the beef tacos that I made, the Cub grilled up some shrimp for shrimp tacos, which he, Hugh, and Mikey devoured. The Cub's girlfriend is a seafood hater like me, which is another reason to love her.

Both before and after dinner, we sat on the porch and chatted. The boys played catch in the yard, which is something that hasn't happened in my yard in a while, so, that made my day. They played keep-away from Boomer, who was both irritated and invested at the same time; it was hilarious.

After dinner, we chatted in the kitchen while we made a team effort at clean-up. It was so nice to spend an evening in such great company.

Today, I am headed over to the hardware store to run payroll and make deposits. Hugh is installing some cabinets for customers, but, we are hopeful that the install will go quickly and we will be able to do something fun this afternoon. Time will tell.

But, all in all, it's been a pretty great weekend so far. 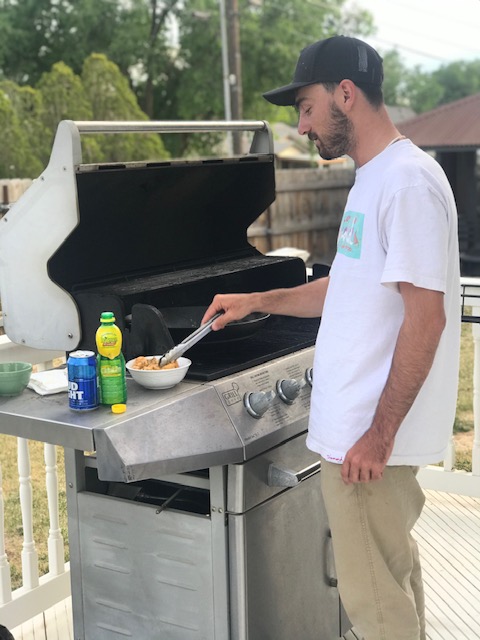 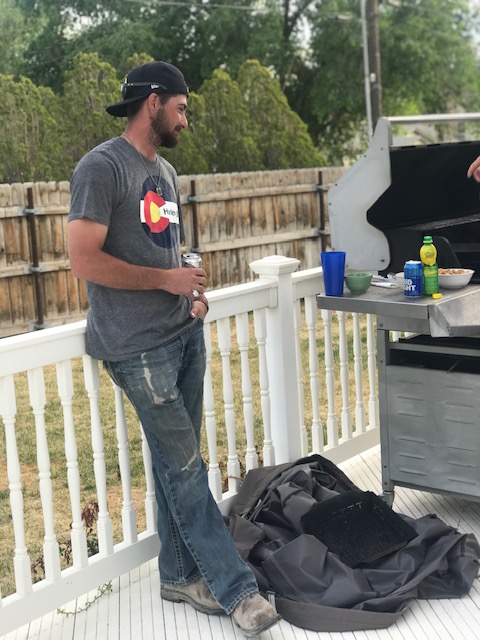 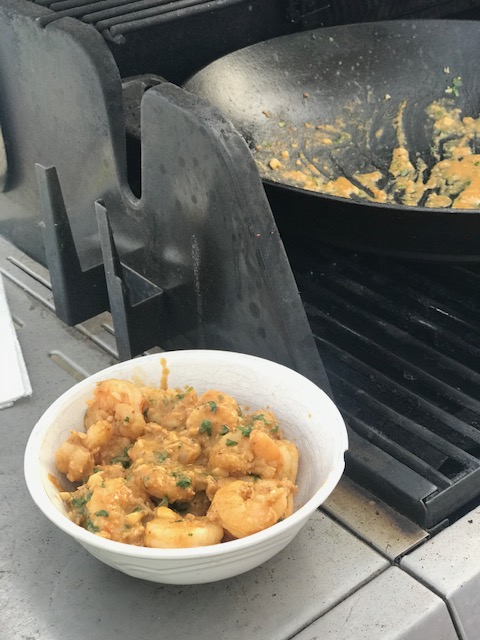 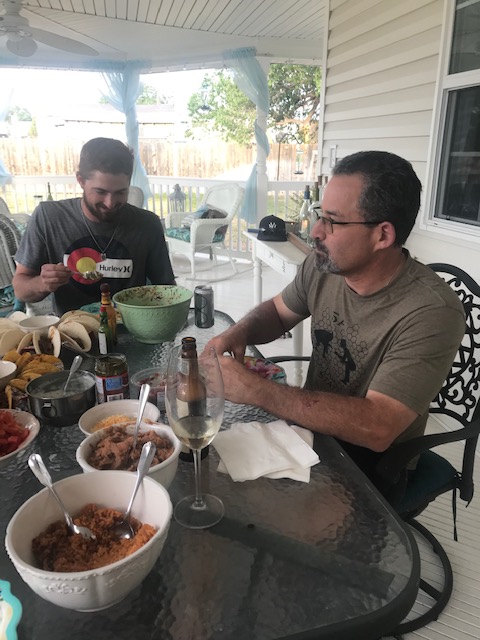 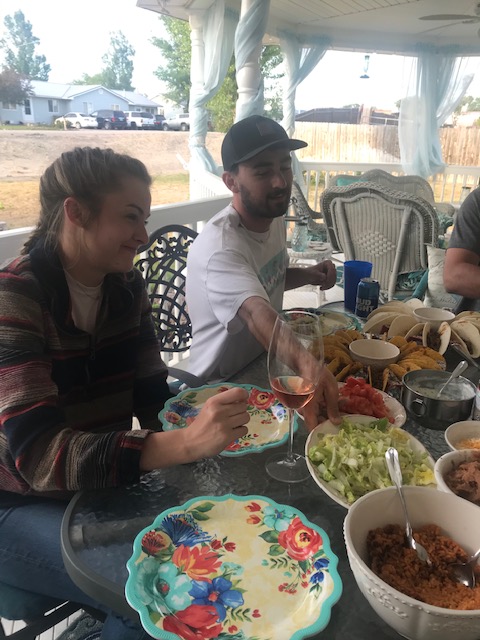