As is always the case; I was on call yesterday, which meant that I was not free to join Hugh and the Man-Cub on a four-wheel adventure in the mountains outside of Pixler. It's ok; I don't think they missed me shrieking in fear each time they drove too close to the edge of a cliff or splashed through a body of water with nary a though to how deep it might actually be, and, frankly; I was content to sleep in (especially considering the fact that I was on my feet in the heat all day Saturday, running a golf tournament as a fundraiser for Not So New Job).

I did, however, join my men later in the evening, for dinner and a quick jaunt up to the park, where they threw a few lines into the pond while I walked around, hoping for a Blue Heron sighting (spotted one from a very far distance, but that was it). 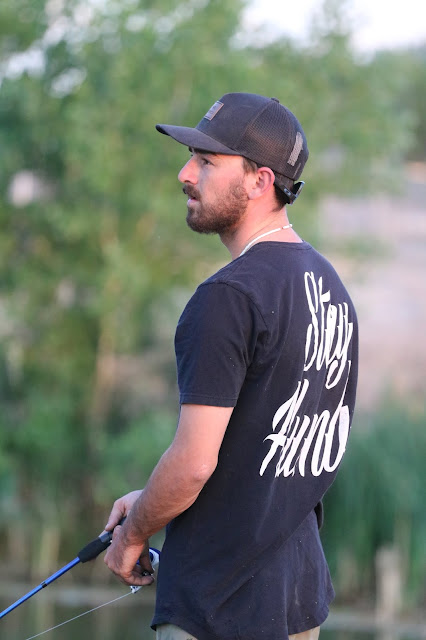 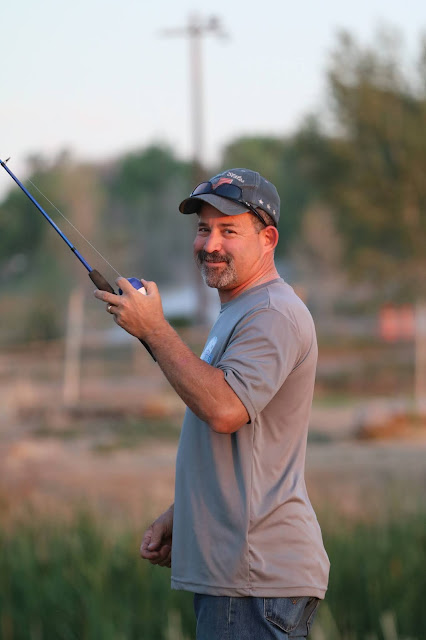 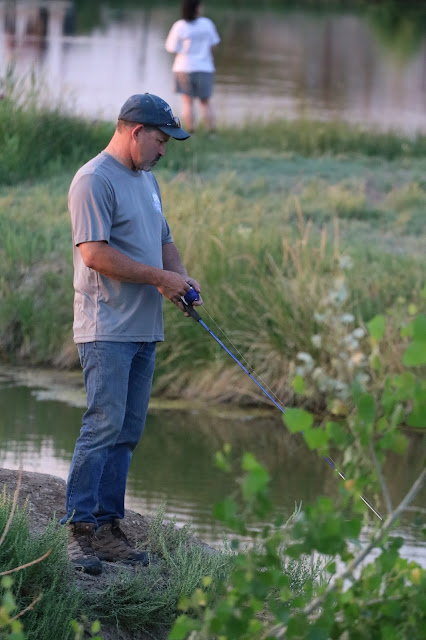 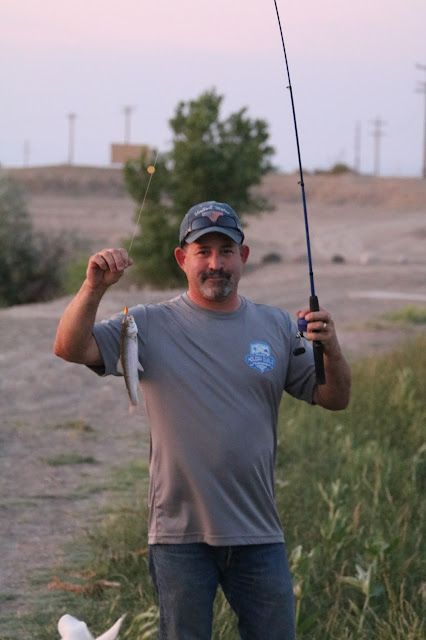 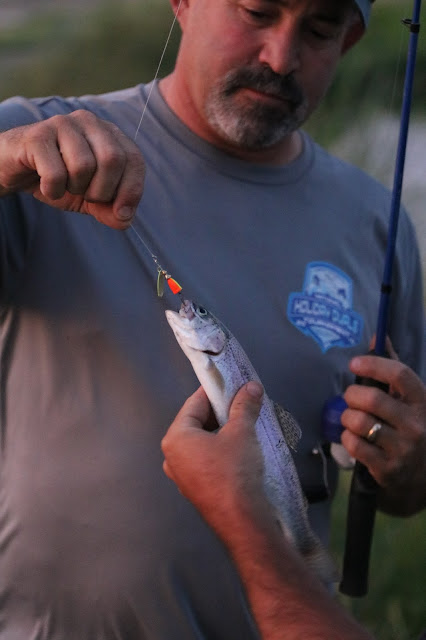 Casting a fishing line looks a lot like throwing an object to the Boomer Dog, so he gamely attempted to retrieve said lines. He was, of course, unsuccessful, but, not for lack of trying. 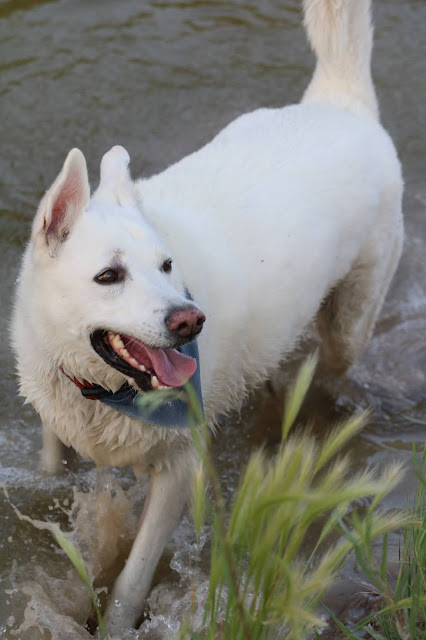 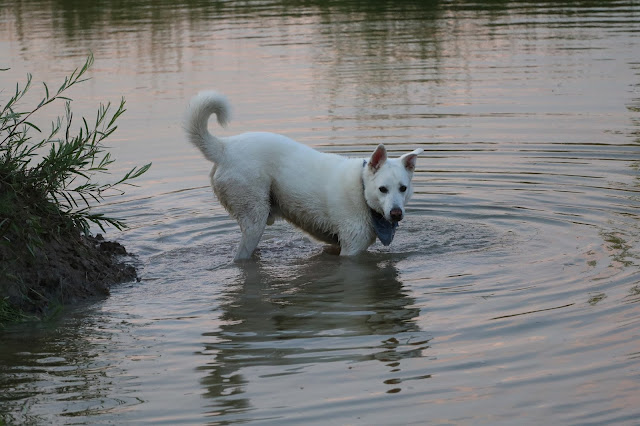 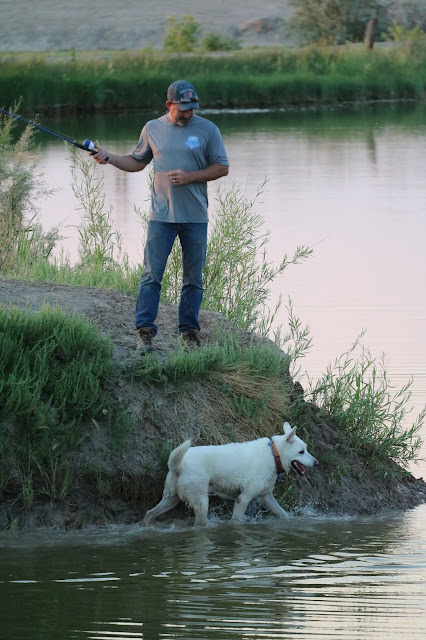 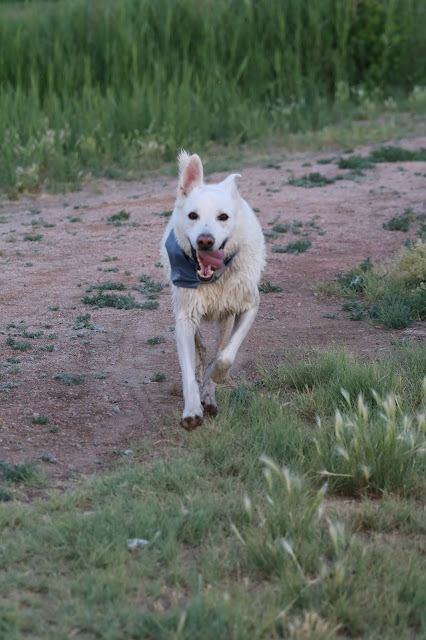 We finally called it a day just as the sun was setting behind the park, and, in spectacular fashion I might add. 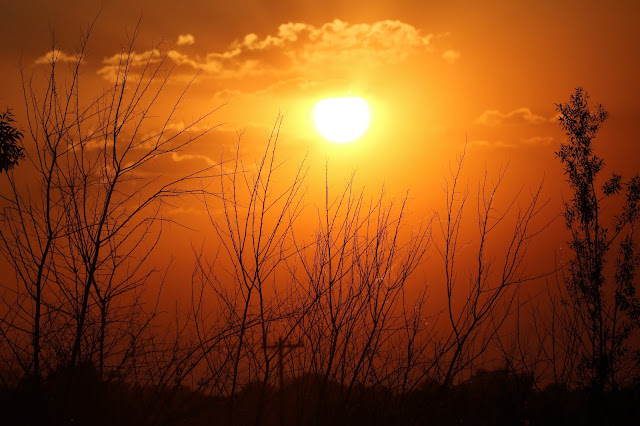 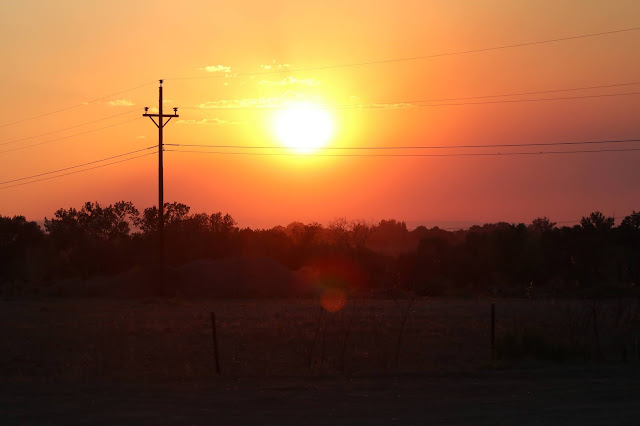 Hugh deemed it a perfect way to spend Father's Day, despite the fact that he was missing half of his offspring. It's all good though; we fly to Dallas tomorrow to spend the rest of the week with Queen B, so he'll still get his daughter fix.

Can't ask for much better than that.