Where Them Girls At...

How is it that today is Tuesday and I am only now getting around to posting about my weekend? I'll tell you how: adulting.

Zero stars. Do not recommend.

Anyhoodle, here I am finally getting around to writing about the awesome time that I spent with my Girls!

We kicked the weekend off with a good old-fashioned sleepover at my house. When last I wrote, Jules was going to be absent, but, I can happily report that she made the two hour drive to my house after work, just to drink wine and whiskey on the porch before turning right back around and driving two hours back to work the following morning. That, right there, is dedication. Or, major FOMO, not that I could possibly judge her for that.

Anyway, we were a complete group for our very own Porch Night, which Hugh was kind enough to capture on film (or, in a digital format, thankyouverymuch advancements in technology). 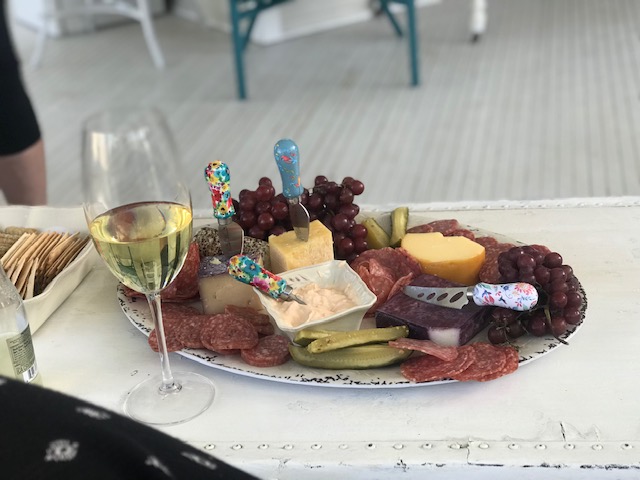 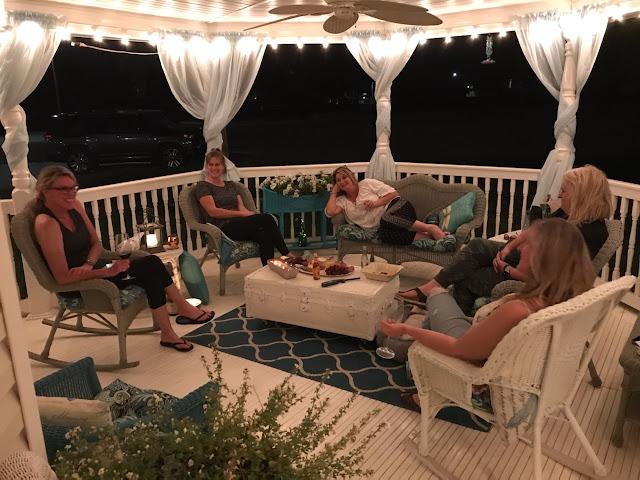 The following morning, well after Jules had departed for what had to have been an exhausting drive, the rest of us arose for morning mimosas and chit-chat while Phoebe logged into work, virtually.

Once she had logged in enough time to appease the employment gods, we hit the road for Neighboring City, where we spent some time eating lunch and window shopping before checking into our super-cute bungalow rental. 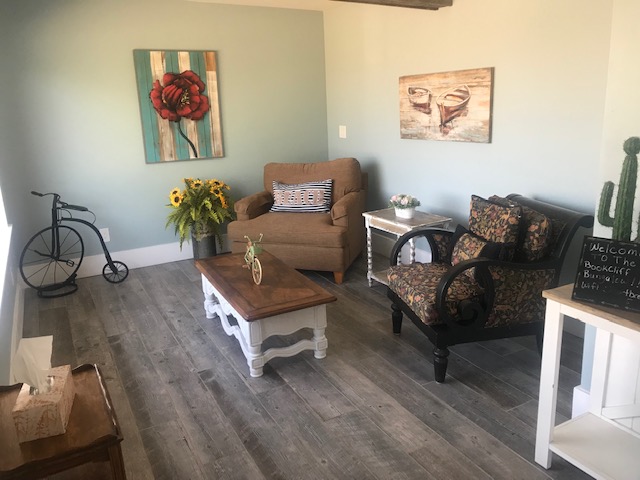 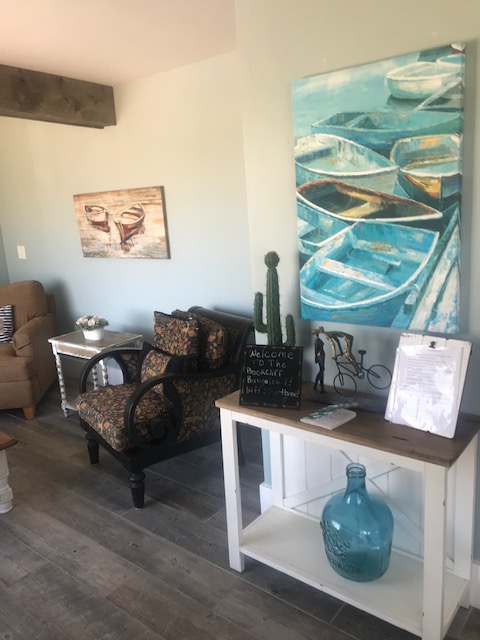 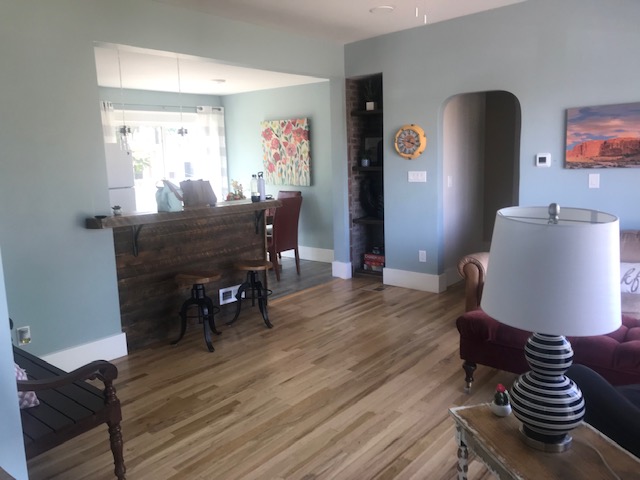 Not long after, Jules arrived, tired, but ready to party. And, by party, I mean laugh ourselves silly over old jokes, wine, and mixed drinks. We also managed to make hamburgers for dinner, despite the bungalow not providing a grill (isn't that odd? We found it odd).
We stayed up way later than is normal for any of us at this advanced stage of life (except for Jules, who finally gave into exhaustion and passed out cold on the couch beside me). The following morning, we rose for breakfast at my favorite small cafe in the downtown area of Neighboring City. We caused quite the commotion on our matching shirts... 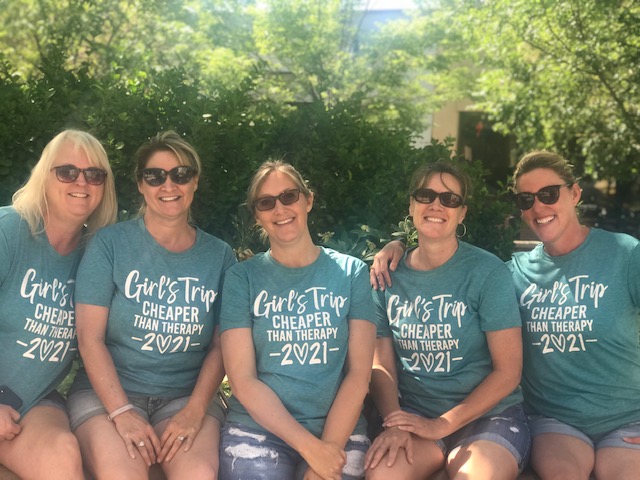 ...but only because people were jealous, I'm sure.
Then, we ordered drinks all around (orange juice mimosas, pomegranate mimosas, and Bloody Marys)... 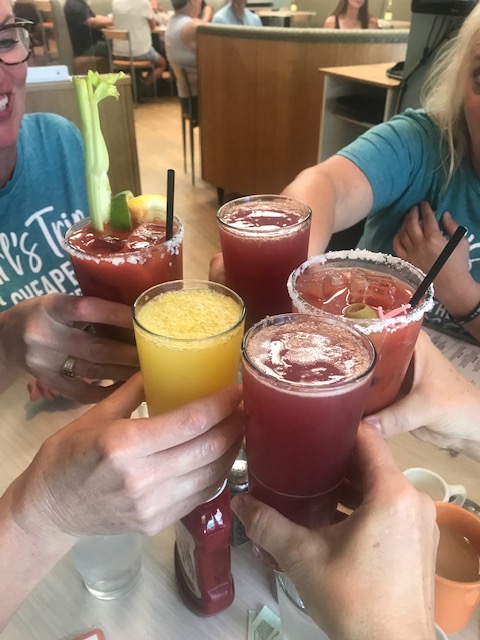 ... and food that was absolutely to die for, which may have contributed to the weird episode of dizziness that I had moments after eating my last bite. Still, I'd take a bout of dizziness for another plate of these dreamy Eggs Benedict, any day. 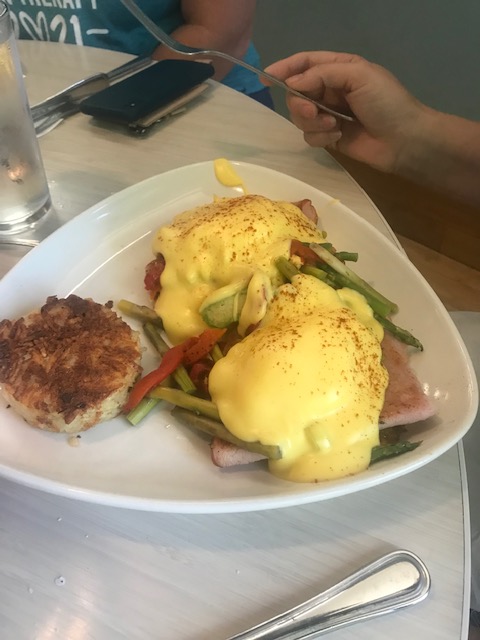 After breakfast, which was really more brunch, given the time of day we actually made it to the restaurant; we got cleaned up and headed to the nearby wine country for a few hours at the winery where Queen B did her college internship. 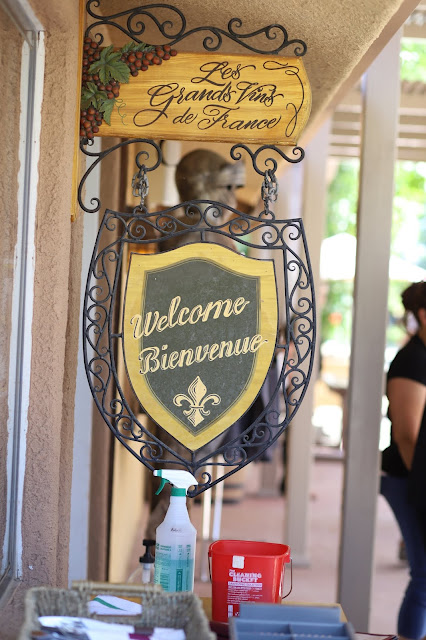 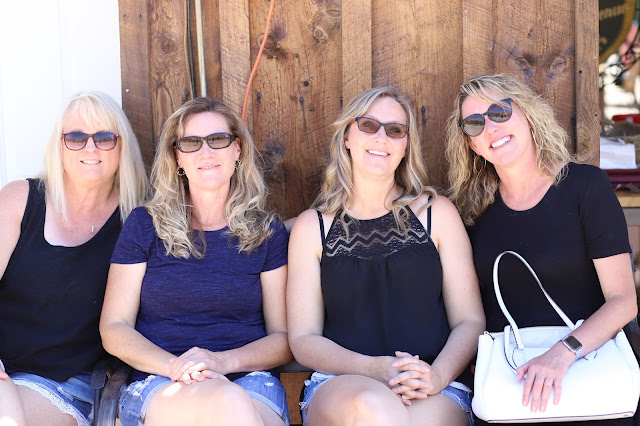 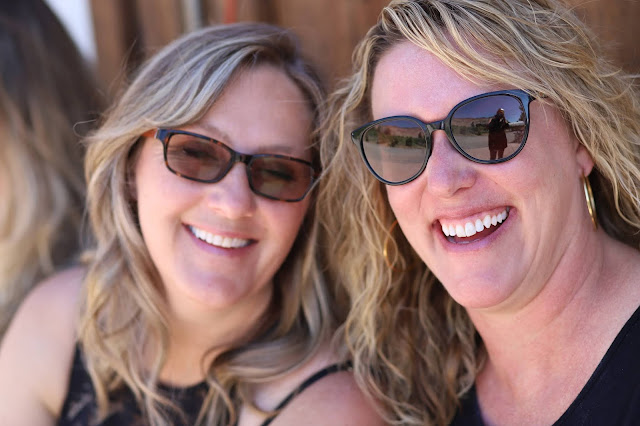 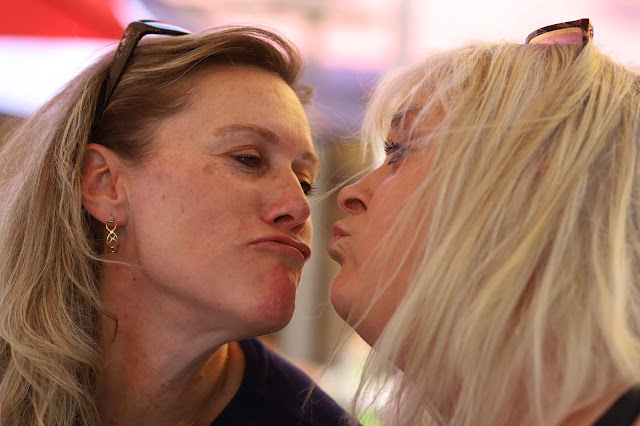 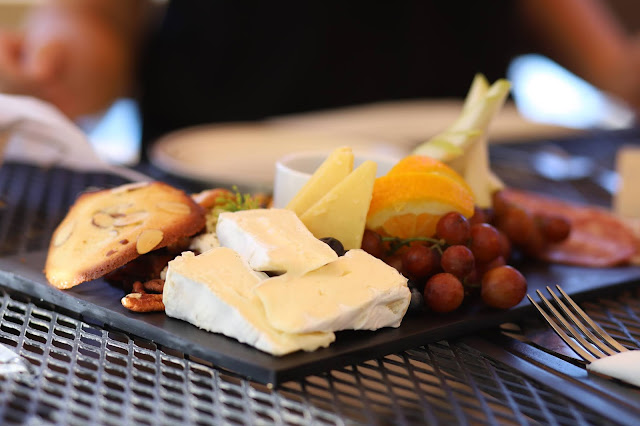 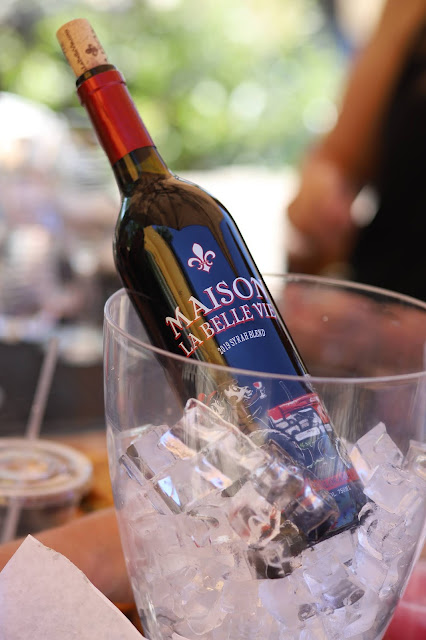 I introduced The Girls to the magic that is the Maison la Belle Vie charcuterie board, which pretty much filled our bellies for the rest of the day, minus the part where we went back to the bungalow to gorge on snacks (healthy eating was not on the weekend's agenda). 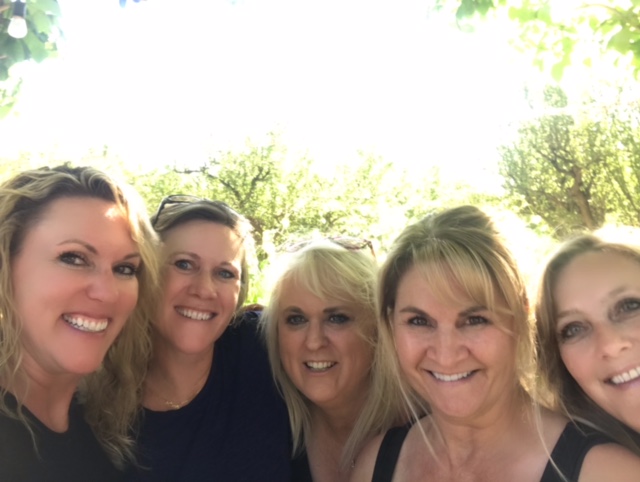 We finished out the night with another marathon gab session before falling into bed. The next day, we sadly said our goodbyes, but, not before agreeing that our next Girls Trip will be to either Nashville or a beach on the Gulf Shores. We'll probably have to flip a coin.
Wherever we go, whatever we do; nothing is as soul-soothing as time spent together. And my soul desperately needed this past weekend.

Until next time, my friends!