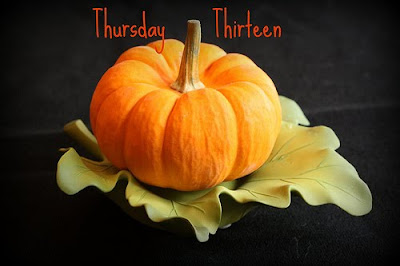 1. When my sisters and I were younger, my parents took us to a haunted house put on by the local Elks club. Or, maybe it was the American Legion, whichever. The point is; it was the first haunted house that we had ever been to and it was awesome. Back then, there were no Jason, Freddy Krueger or chainsaw wielding psychopaths, only good old fashioned werewolves, vampires and, if I recall, one very tall Frankenstein’s monster. Good times.

2. While in college, my friends and I attended the town’s street party. The party was a Big Deal, with several city blocks closed off to traffic, a band on each block and hundreds of people milling about in costumes both outrageous and fabulous. One year, my roommates and I went as the seven dwarves, our Snow White was a male friend who braved the teasing of his macho friends to don a dress and a black wig; he was, hands down, the ugliest Snow White in the history of fairy tales.

3. When I was quite young, my parents attended a Halloween costume party with friends. My sisters and I were left behind with a sitter but I will never forget my parent’s costumes; my mom dressed up like a pregnant bride and my dad dressed up like a redneck with a shotgun, in search of the bastard what got his little girl in trouble. Awesome.

4. One of my duties as an employee of the Parks and Recreation Department in my hometown was to stage a haunted house for the youth of our community. My staff from the swimming pool helped with the house and we recruited kids from the High School to help as well. One of my best memories of the holiday is walking through the haunted house during the day when no one else was around. Even in the daylight, it was creepy enough to raise the hairs on the back of your neck.

5. One year, the haunted house was so terrifyingly well done; we managed to make a girl from the Middle School pee her pants. It was alright; she went home, changed and came back for a second trip through. That, my friends, is the sign of a successful haunted house.

6. That same year, my costume consisted of a prom dress I had found at the local thrift store. One of my lifeguards fashioned a wooden stake with a leather belt that wrapped around my waist, allowing the stake to protrude through a hole in the front of the dress. A little fake blood, a tiara and, boom! I was a dead prom queen. My nephew, who was around three at the time, was not a fan of that costume in any way, shape or form.

7. The first year that Hugh and I were dating, he helped with the haunted house. At that time, our location was an abandoned horse stable and it was quite cold. He stuck it out through the building of the house and helped run it all three nights that it was open. I think that is when I decided that he was a keeper.

9. The Teenager’s second Halloween went off without a hitch; she dressed as a medieval damsel-in-distress, complete with pointed hat and long, flowing gown. My niece and nephew were with us at the time and my niece dressed as a pink and lavender unicorn so; the damsel had her favorite steed. My nephew was a bat. Not quite sure how that fit with the fairytale theme but, the three of them had a ball.

10. My niece and nephew came to visit years later and my sister and I dressed the whole clan as the characters from The wizard of Oz. My nephew as the Tin Man and the Man-Cub as the Scarecrow are easily two of my favorite costumes to date.

11. One year, when I was around eleven or so, my mom let me wear her old poodle skirt for Halloween. I’m sure she had to pin me into it and, I can’t remember how challenging that must have been but, I still remember the way the skirt would twirl around my ankles as my sisters and I walked through the fallen leaves on Halloween night.

12. When I was a teenager and trick-or-treating was no longer “cool”, my friends and I would wander the neighborhood, playing ditch ‘em which, was like hide and go seek only spread out over a much larger area and played in teams. Back then, the neighbors didn’t mind if you cut through their yards or hid in their bushes. I’m guessing now; that would get you shot.

13. This year. I’m betting this year will be one for the memory books. Fingers crossed.

The purpose of the meme is to get to know everyone who participates a little bit better every Thursday. Visiting fellow Thirteeners is encouraged! If you participate, leave the link to your Thirteen in others’ comments. It’s easy, and fun!

View More Thursday Thirteen Participants
Posted by Chelle at 8:24 AM