A Title Would Be Nice But, I Got Nothin' As predicted, we had a very busy weekend. It started early, with the photo session I did for my massage therapist on Friday afternoon. The Teenager and the Man-Cub joined me for the shoot because I wanted to pick up groceries once I was done and, since they were out of school for Parent/Teacher conferences, I allowed them to tag along.


The Man-Cub, as usual the more social of the two, leapt out of the car the second we pulled into the park where I was meeting my therapist and her family and introduced himself. He then proceeded to busy himself on the playground equipment.

The Teenager stayed in the car, texting and listening to her iPod until one of my therapists’ teenaged sons commented that she didn’t look very happy to which I replied “She always looks like that; she’s thirteen”. He then told the Man-Cub to get his sister out of the car and asked him to tell her to “Get a life”.

As one would imagine, that lit a fire under The Teenager and she joined us in the park where she proceeded to flirt shamelessly with the boys and, really, who can blame her; they are really good looking young men. 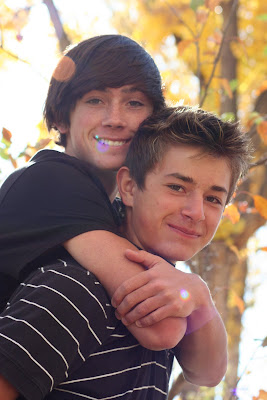 Telling them that made them turn fifteen shades of red, by the way. 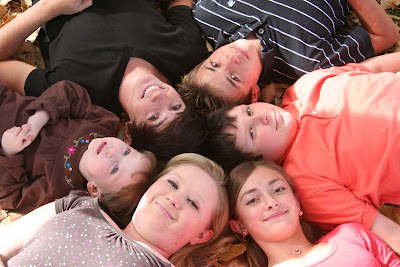 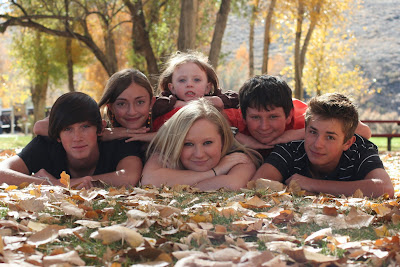 The pictures turned out great, it took a little over an hour and a half and we were on our way to the grocery store where we stocked up on snacks for the weekend.

Saturday, the Man-Cub’s game went pretty much the way all of the Man-Cub’s games have gone this season-they lost. But! They had a good time and, after the game, the team was invited to one of the coach’s for a party wherein they ate hotdogs, rolled pumpkins down a hill and staged an epic battle of Seek and Destroy amongst the many haystacks. The Cub had a great time and, despite not winning a game all season, he enjoyed the holy hell out of football.

Later Saturday evening, after a delicious (non-chicken) dinner, we set up the crafting table in my mudroom and we carved pumpkins. I cleaned and roasted at least a million seeds and we enjoyed each other’s company.

In keeping with the Halloween theme, Sunday evening we dipped caramel apples and, we are now officially ready for Halloween week to begin.

What? You don’t celebrate Halloween for a whole week at your house?

Anyway, it was a good weekend but, hands down, the best conversation we had took place in the car on the way to the Man-Cub’s game Saturday morning when The Teenager pointed out some dog hair on the Cub’s uniform.

The Teenager: You have hair on your pants. Ewww, it’s probably pubic hair!

Man-Cub: You mean the hair that grows around your belly button?

For the record, while the Cub knows exactly what pubic hair is, he is loathe to voice the word penis in front of anyone. I told him he had better get over that ASAP since the fifth grade puberty talk is right around the corner.

Also for the record; he thinks the prospect of that talk is scarier than anything he might encounter on a dark street this Halloween.