This Doesn’t Hurt My Feelings at ALL

The Man-Cub has declared his independence from me by requesting that I no longer refer to him as the Man-Cub during sporting events, in front of his friends, when texting him or when writing about him on Facebook.

He has determined that he is, and I quote, “Too old” to be referred to in such a manner. In addition, he finds the nickname “embarrassing” and “emasculating” and, while he doesn’t actually know what that word means, it is clearly a bad thing to be and, far be it from me to either embarrass or emasculate my child (any more than usual).

So, I have agreed not to call the Cub out on the wrestling mat, baseball field or basketball court. I will refrain from referring to him as Man-Cub in front of his friends and will only use the nickname in the privacy of our own home and, obviously, on this blog. I did, however, refuse to change the ringtone that alerts me to the Cub’s calls so; the sweet sound of King Louie and Baloo singing about their desire to be a mancub continues to peal melodiously from my cell phone each time the Cub calls. 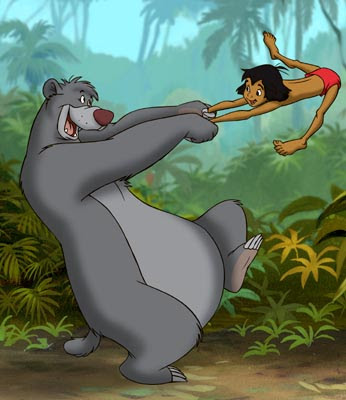 The Cub accepted that small compromise because I gave him no other choice. And, because I pulled the “Unmedicated childbirth” card, the “Six months of constant spit-up due to his serious regurgitative issues” card and the “Solid year without a full night’s sleep due to his refusal to sleep through the night” card. Clearly the kid owed me one.

At the very least.

On a totally unrelated topic, I took the Cub in for a booster shot of the HPV vaccine, today. It was the final shot in a three-shot series and I had been meaning to schedule the appointment for the past several months. Have I mentioned that the Cub hates shots?