This is Your Weekend Update with Tired McTiredpants 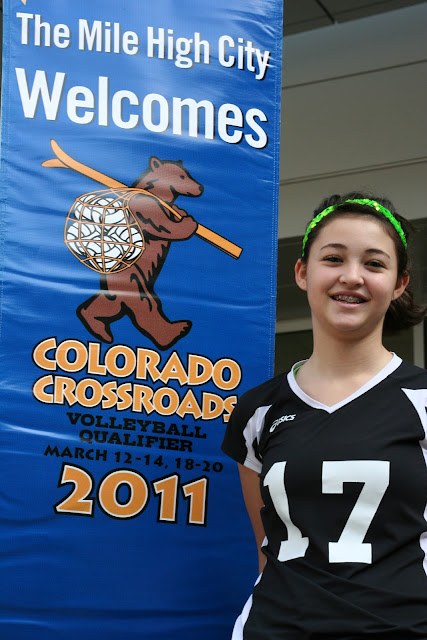 What do you get when you combine a five hour drive, three nights in a hotel, good food, a group of girls and a shopping mall? Nope, not a Girls Weekend, although that would have been lovely, in this case, however, you get a three-day volleyball tournament which, truth be told, was fairly lovely, itself.

Our trip began Friday afternoon when the kids got out of school. The weather was nice so we made the drive to Denver in a leisurely fashion, arriving at the hotel a little before 11:00 p.m. The hotel, it should be noted, was a far cry from the ghetto mess that we stayed at in Albuquerque, in fact, it was a really nice hotel, located within walking distance of the Park Meadows Mall which is where we spent a good chunk of time on Sunday afternoon, in between games.

Anyway, after a good night’s sleep, we rose early on Saturday morning in order to be at the Colorado Convention Center by 7:15. The girls’ first game started at 8:00 and we wanted enough time to acquaint ourselves with the layout of the center. And, what did that layout entail? 79 regulation volleyball courts under one roof plus a number of vendor booths squeezed into the mix. 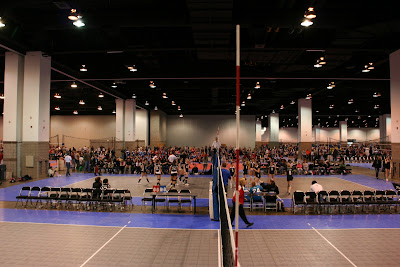 It was wild and by far the largest venue that the girls have ever played in which may have had something to do with the quality of their first few games, which is to say; they struggled. But, what they lacked in technique they more than made up for in spirit... 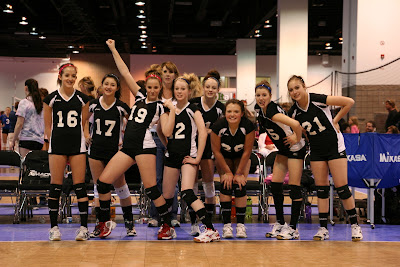 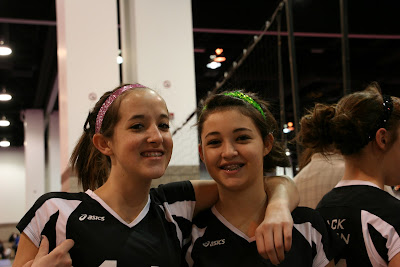 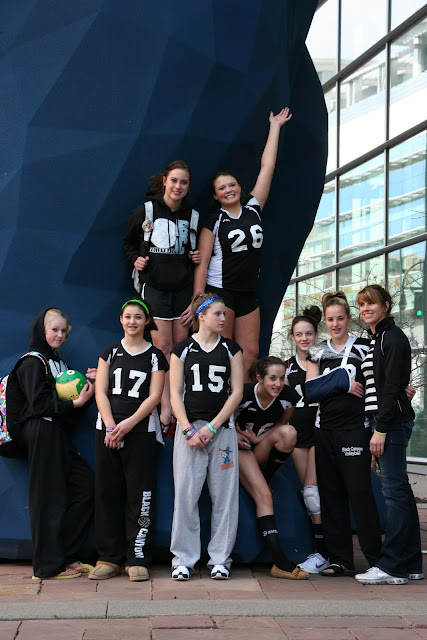 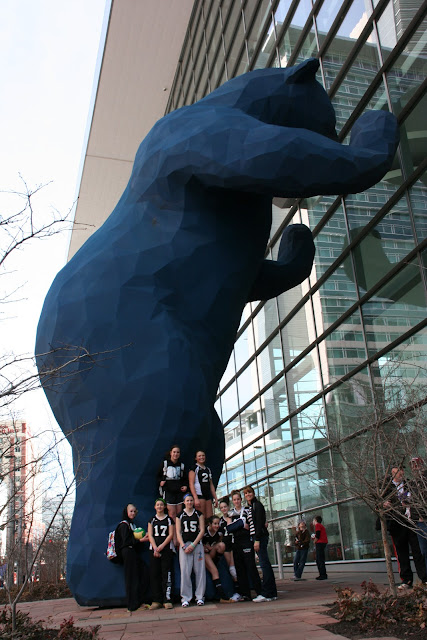 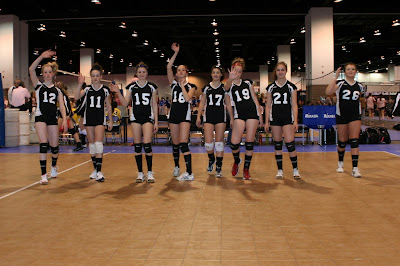 ... and they went on to win a few games before the tournament’s end on Monday afternoon.

When we weren’t cheering on the team, we spent time with my parents, who were in Denver for a previously scheduled appointment with Dad’s heart doctor and with my sister, who lives in the area. Oscar and Emily also made the trip to watch The Teenager so we had quite the supportive group cheering on the team.

And, lest you think the trip was all about the kids, let me assure you, I made a good dent in Hugh’s wallet while shopping on the 16th Street Mall in between games. We also took the entire team to Dave & Buster’s where the kids played in the arcade while the adults spent some quality time in the dining room and, later, Hugh, the kids and I went to see I Am Number Four as well as taking a moment on Monday morning to grab breakfast at my favorite place in Denver, The Corner Bakery (ham & swiss panini, why can't I quit you? Oh, taht's right, because you are freaking delicious!). 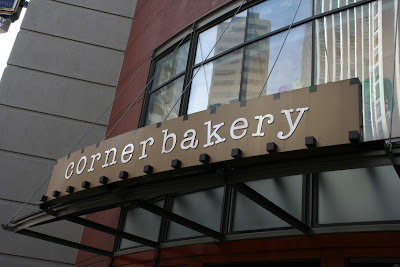 We got home last night a little before 10:00 and the kids are back in school today. I need to go to work but, a nap really sounds like a nice idea.

To recap: It was a busy and productive weekend and now I need a weekend to recover from it.
Posted by Chelle at 8:53 AM