As promised by The Teenager, I attended the graduation ceremony of Not The Boyfriend, yesterday. I took approximately five meeelion pictures and was pleased with the majority of them. 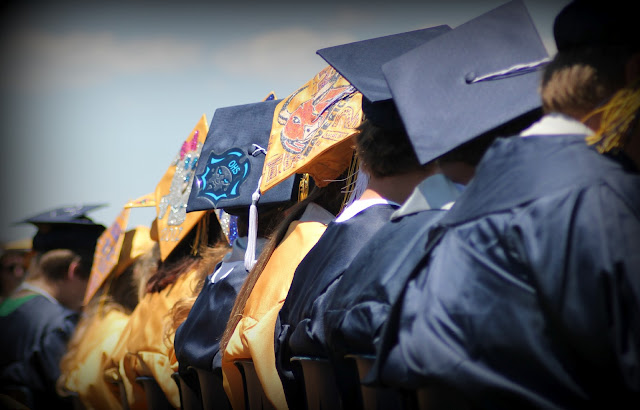 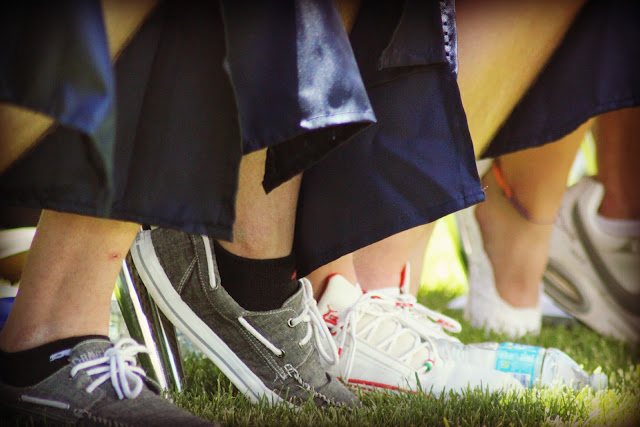 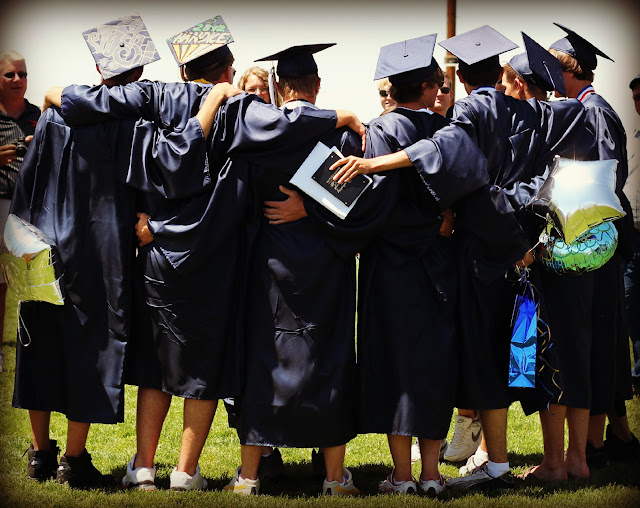 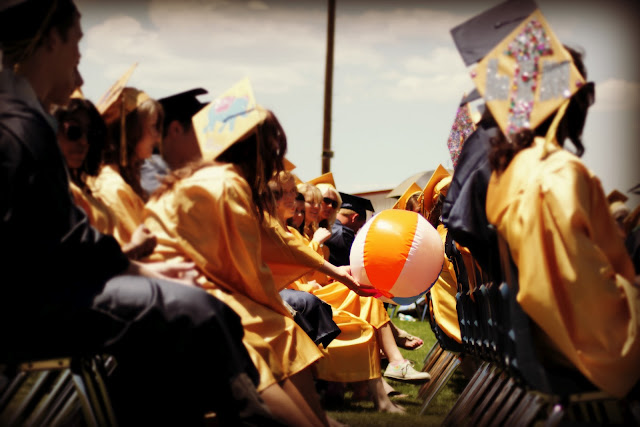 The last picture was snapped two seconds before the Assistant Principal snagged the beach ball, putting an end to the Seniors' fun and earning himself the nickname "Buzzkill".

Of course, there were a lot of pictures of the seniors as they recieved their diplomas and numerous family shots for Not The Boyfriend's mom's album. There were more than a few shots for The Tenager's album, as well, since she has bonded pretty tightly with the senior class and is sad to see them move on. 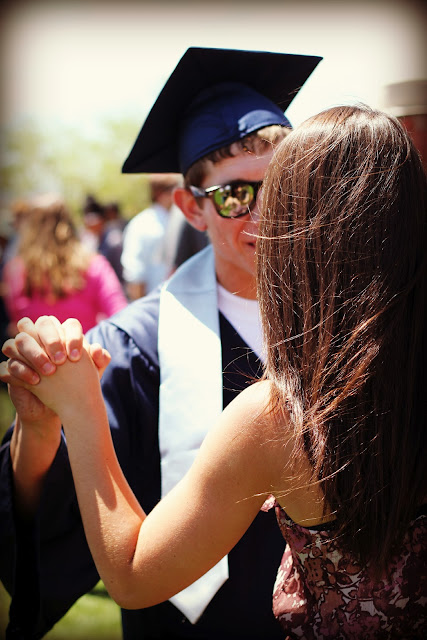 Following the graduation ceremony and the party that followed it at Not The Boyfriend's house; we returned home to watch the solar eclipse. The Man-Cub was suitably impressed while I kept likening the term Ring of Fire not to the eclipse but to the stinging pain generated from the sunburn that I managed to attain on my back during graduation when one area under my right shoulder experienced its' own eclipse; an eclipse of sunscreen.

And, as of today, The Teenager is a Junior. Well, as of 3:00 or so, when she turns in her last final. This means we are that much closer to a graduation ceremony wherein I am the parent rather than the bemused photographer (who, admittedly, got quite choked up whilst watching the ceremony. This does not bode well for the future).

Time can slow down, now.