Despite aggressive applications of antibiotic drops, Finnigan's eye continues to show sign of irritation. The vet has suggested that allergies might be to blame so we are now flushing his eye with a sterile saline solution several times a day, which, seems to be helping.

What has helped even more, however, is the new fashion accessory that I purchased for him to wear during the day... 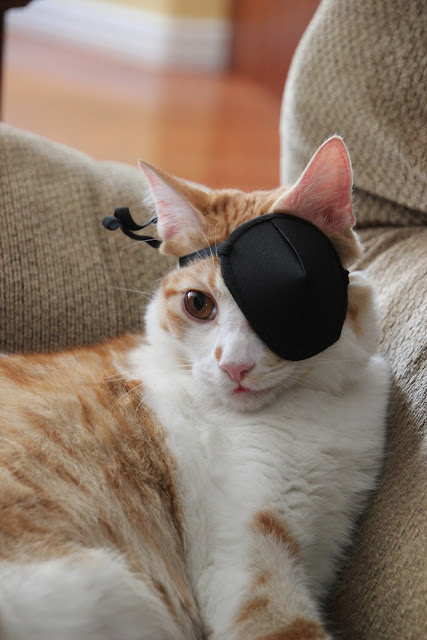 ...it keeps the pollens from further irritating his delicate ocular membranes as well as providing relief from the bright sunlight that streams through the windows that he is so fond of lying in.

The fact that he looks like a wicked cool cat-pirate is really just a bonus. For me, I mean; Finn actually pretty much hates the patch. I keep trying to convince him that it adds to his street cred, but, he's not really having it.

Maybe I should buy him a wooden leg and a cutlass; I bet he'd feel like a badass, then.