This weekend has been Busy and Eventful and, it Isn't Over Yet.

The Busy: Friday evening we loaded up the truck and headed to the drive-in for the first (and likely, last) time this summer. The movies playing were both pretty bad (Total Recall and The Watch) but the weather was good, the snacks were tasty, and, Hugh's idea to use our largest boating tube in the back of the truck in place of the air mattress we usually use was a stroke of genius-comfy, cozy, and, well, large enough for all four of us.

Saturday we loaded the truck again, this time for a trip to the lake, where we spent the day tubing, sunning, swimming, soaking and, in my case, trying something new, which leads me to...

The Eventful: I tried the knee board for the first time. Yes, I threw my forty-something-year-old-body into the lake, strapped myself to a Styrofoam board and hoped for the best, and, despite my concerns to the contrary; it went pretty well. I got up on my first try and made numerous turns around the lake. I attempted to turn around backwards like the Man-Cub often does, but, well, let's just say; I'm not the Man-Cub. I didn't fall, though, in fact, when I was ready to be done (shoulders were ON FIRE!), I simply made the cutting-across-my-throat-motion that means STOP, let go of the tow rope, and, sunk down into the water, slowly. I didn't even get my hair wet, start to finish. And, yes, for me, this was eventful. 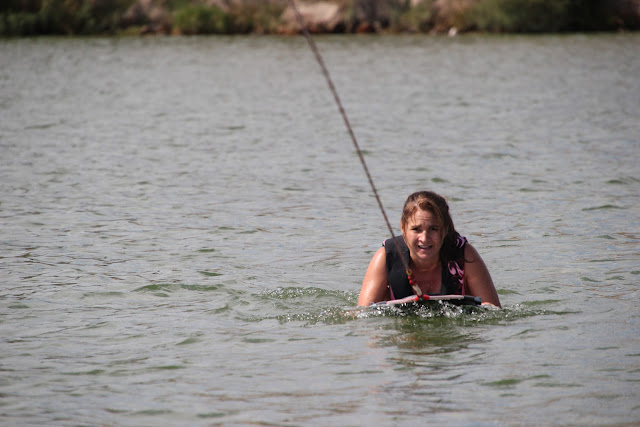 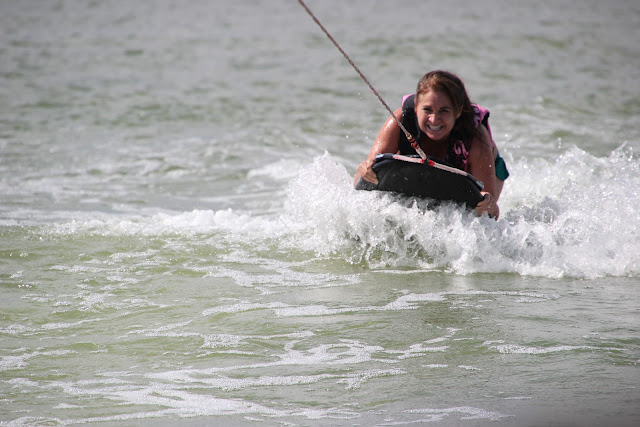 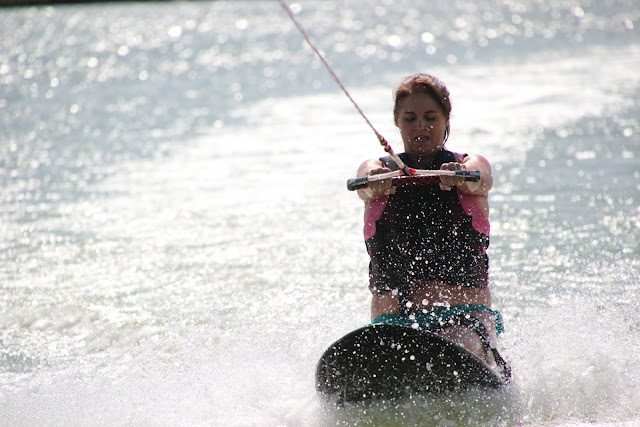 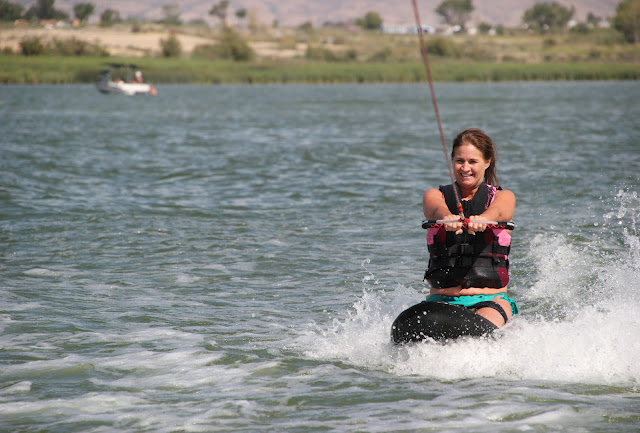 It was fun, I have to admit, and; I would do it , again. Of course, while boarding is fun and all, I still prefer to spend my time on the boat in a reclining pose, preferably with a book. And a glass of wine. 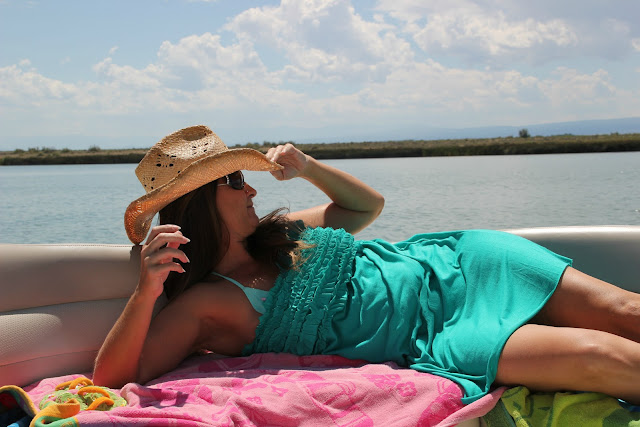 This weekend, as I've mentioned, however; has been anything but relaxing. And, as I also mentioned, it...

Isn't Over Yet: Tonight, during the peak of the Perseid Meteor showers; Jana and I are loading the kids up in Dolly the Motor home and heading high into the hills to watch the show. We have our previously-planned-for star watching snacks in order (Moon Pies, Star Crunch, Pop Rocks, Starburst, Milky Way, etc.) and we are looking forward to a late night of star gazing and fun (Bubbles mixed with glow sticks for glow-in-the-dark bubbles, according to Pinterest, which, yes; could go over really well or like a lead balloon, experimentation! Excitement!).

By the time this weekend is over, I very well might need a week to recover. Which, is how summer should be.
Posted by Chelle at 9:57 AM