Have You Hugged Your Zombie Today?

May is Zombie Awareness Month.

There's an awareness ribbon for it and everything... 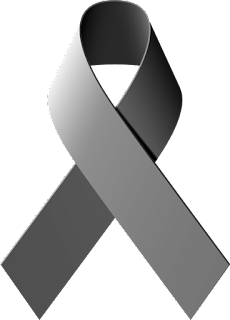 In recognition of Zombie Awareness Month, I spent yesterday evening downtown in Hooterville Town Square, watching a zombie horde do the Thriller dance.

The weather was a bit chiily for my taste, but, as Friday evenings go, it wasn't a bad way to spend my time. 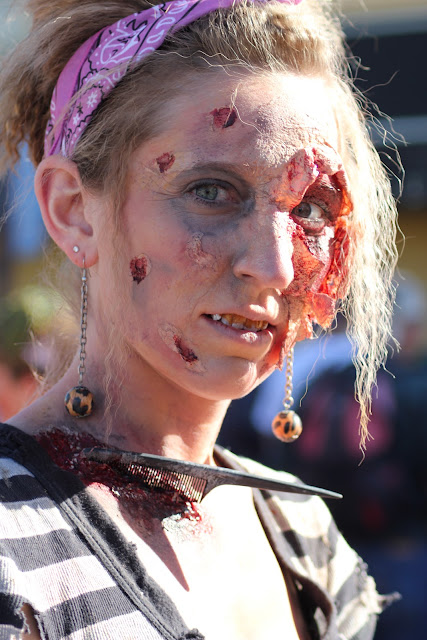 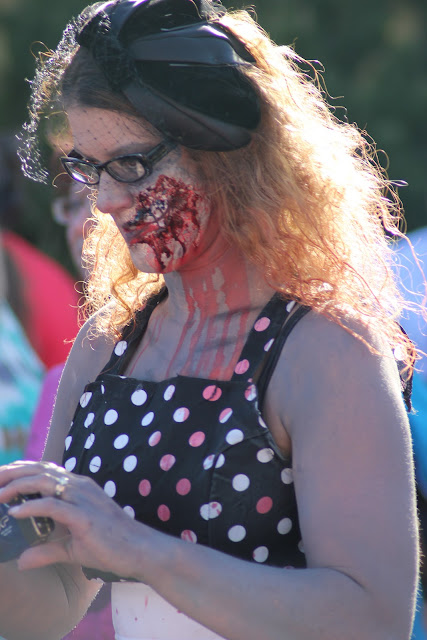 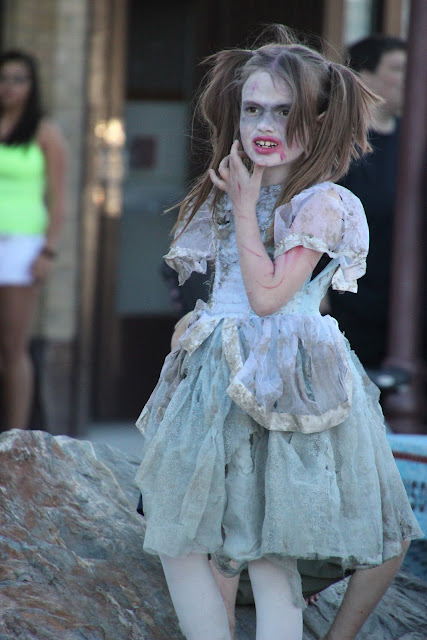 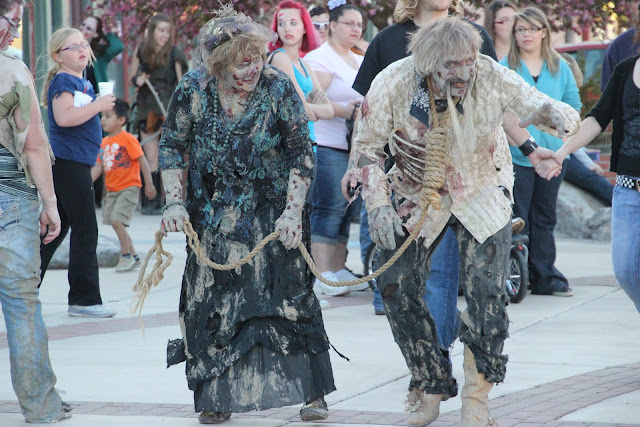 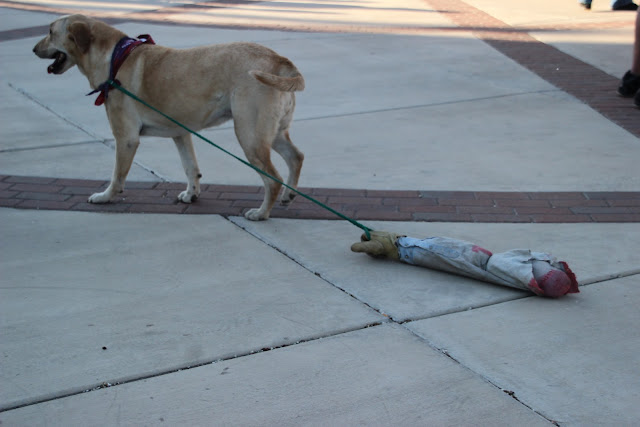 It goes without saying that any community that recognizes- and celebrates- Zombie Awareness Month is a community that I can get behind. After all, when the inevitable Zombie Apolalyse finally occurs, who wouldn't want to be part of a community that already knows all the correct moves to Michael Jackson's greatest hit?

Or, that stocks zombie survival manuals on the shelves of its bookstores just so its citizens can be prepared to fight off the advancing zombie horde. 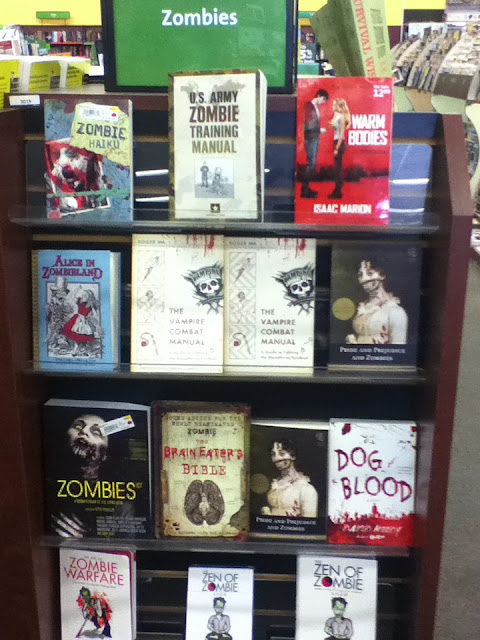 Lastly,I really appreciate the public service announcements inherent in some of the zombie's costumes. 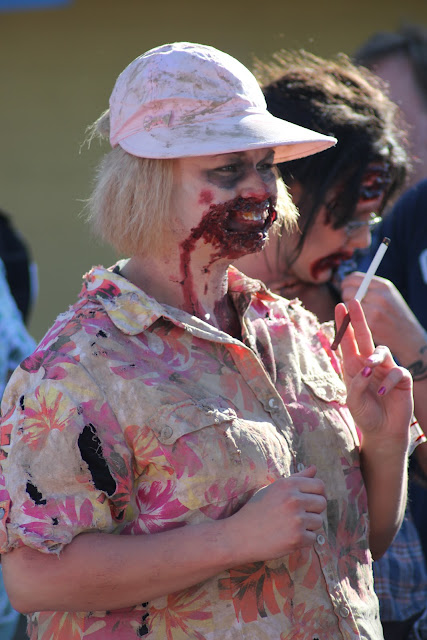 Smoking really does kill, y'all.

*This message brought to you by Citizens for a Zombie-Free Hooterville.
Posted by Chelle at 3:52 PM