Yesterday was the last day of school for The Teenager and the Man-Cub. Today, the newly minted Senior allowed her brother, the Freshman, to join in the festivities at her annual end-of-school party. She suggested that he take notes since he will be responsible for planning the event next year, which he argued was incorrect since The Teenager can still host the party as a graduated Senior. The Teenager conceded the argument and the two wandered off to squirt the slip'n'slide with additional baby shampoo (for extra slipperiness).

It was, by far, the most mature conversation that I have heard them have to date and I swear I felt the Earth shift on its' axis.

Luckily, the conversation was followed by a decidedly less mature display, in the form of a water fight, and the universe righted itself once more.

And then the fun began... 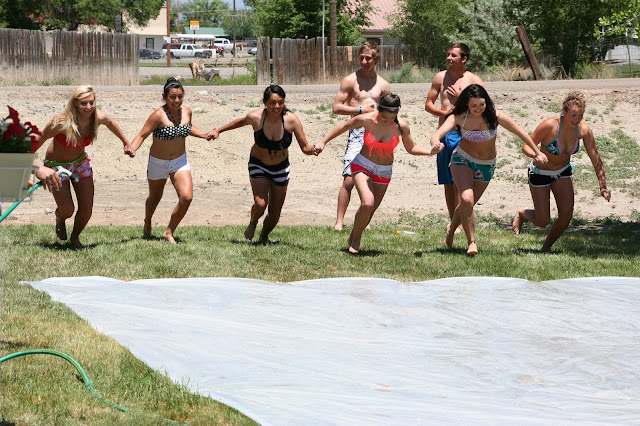 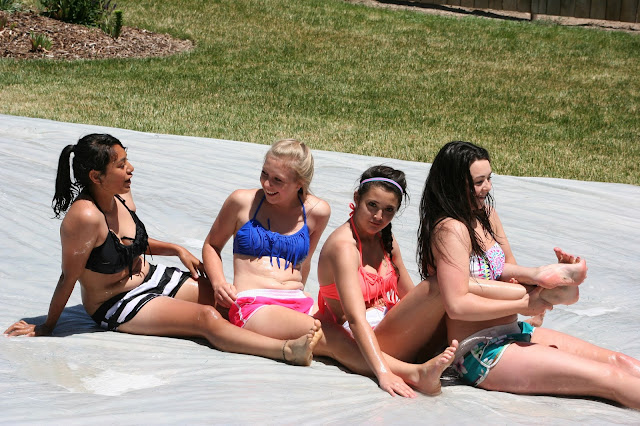 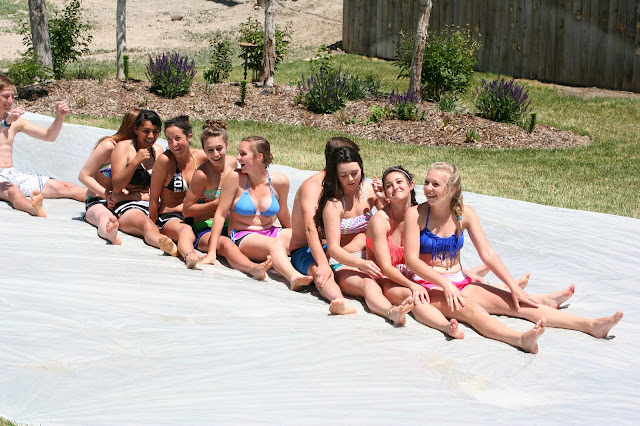 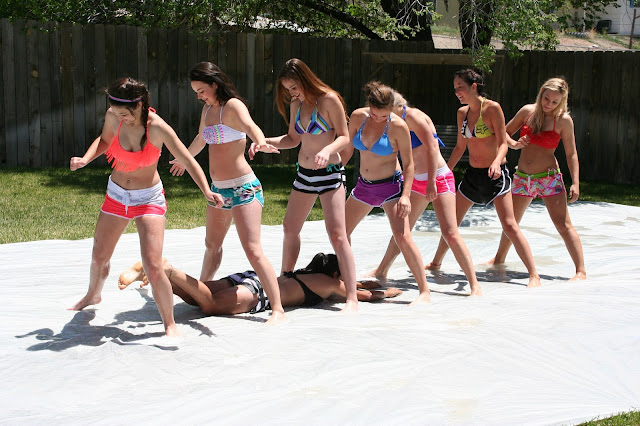 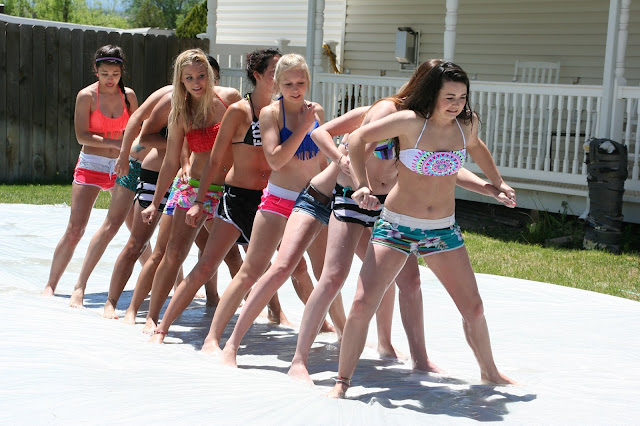 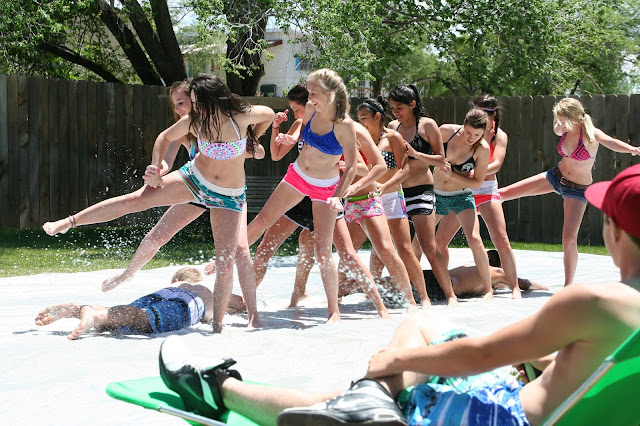 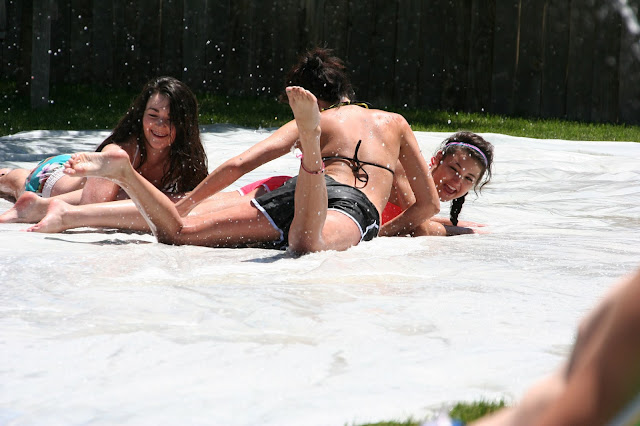 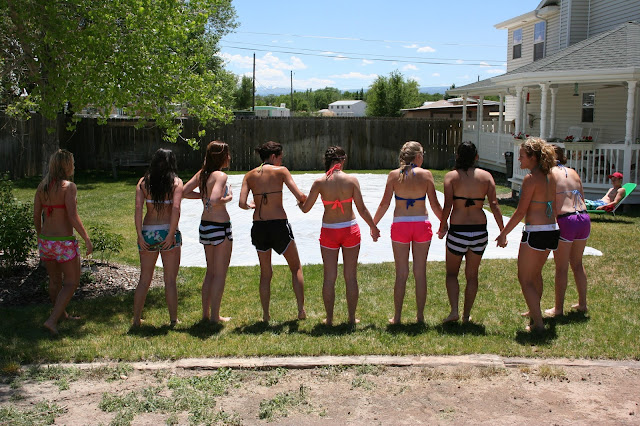 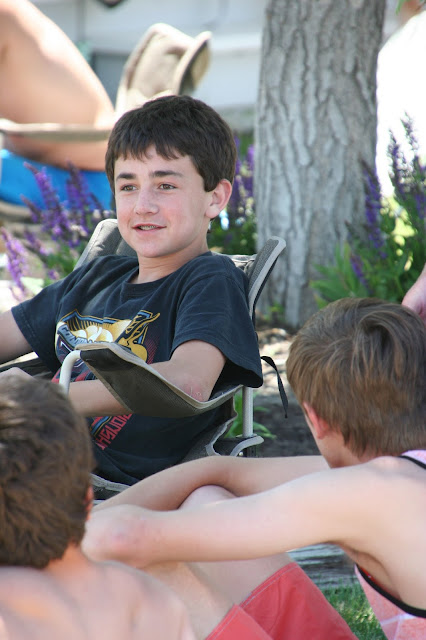 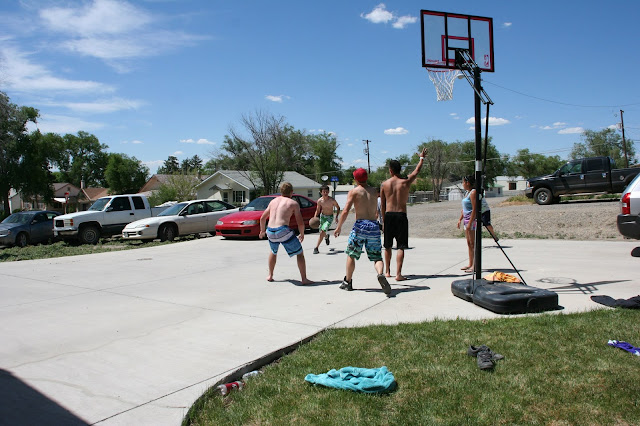 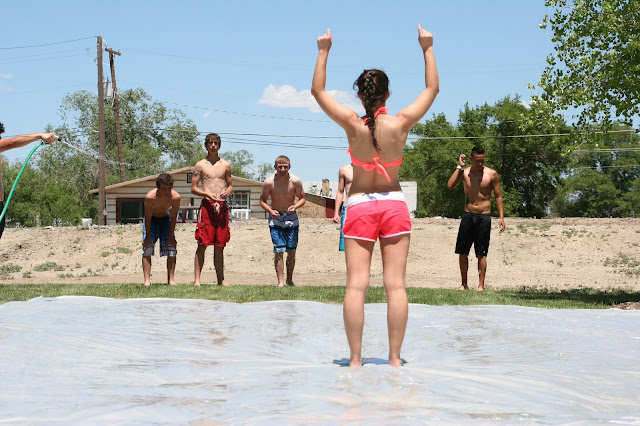 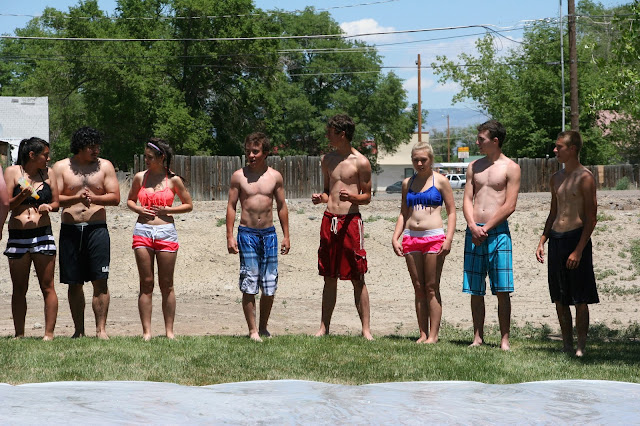 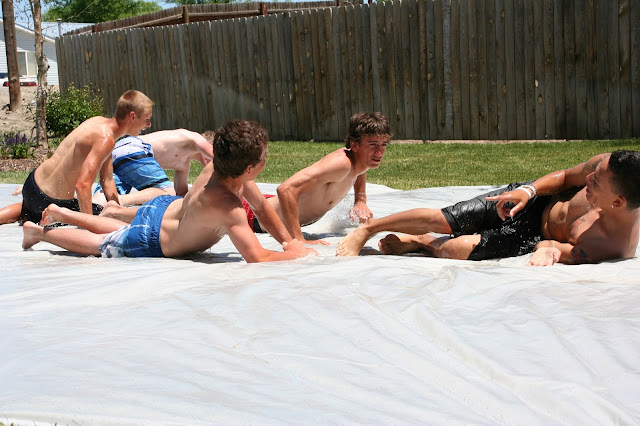 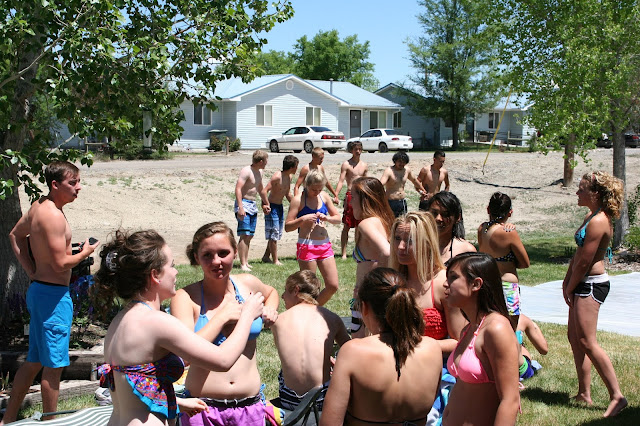 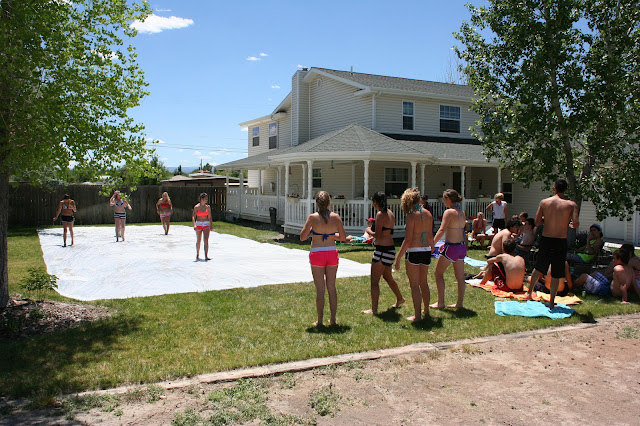 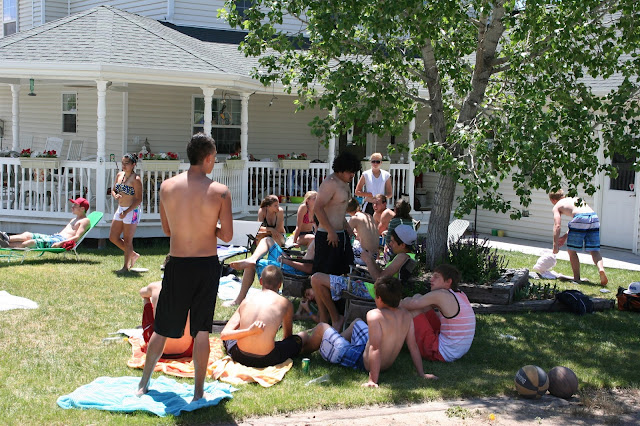 At one point, I counted forty-nine kids on the lawn, porch, and slip'n'slide. The party lasted for the better part of six hours and, an hour later, the lawn was clear and, with the exception of the dead spot on the lawn where the plastic had been staked down; there was not a single thing to indicate that we had hosted a party.

Those kids' mommas raised them right, is what I'm thinking.
Posted by Chelle at 8:10 PM