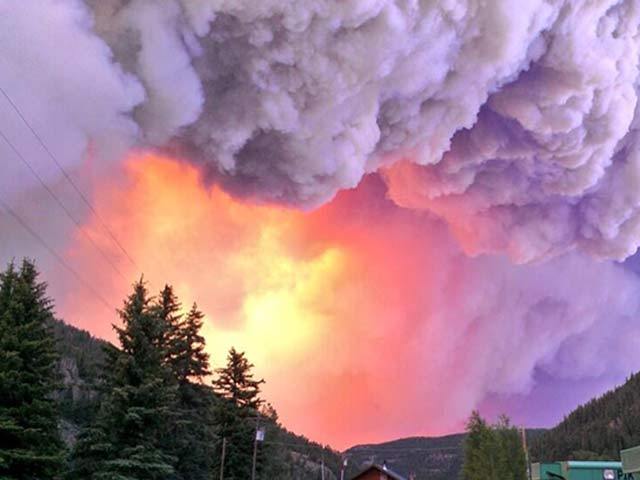 You have got to be crazy-brave to be a firefighter, people. Thank God there are so many crazy-brave people willing to do it.

At last count, there were 32 fire trucks from volunteer fire departments defending the small town just south of the cabin. In addition, there are numerous hotshot crews, smoke jumpers, tankers, and helicopters fighting the fire at the source; unfortunately, the terrain is making it tough on those crews.

When you combine the rugged terrain with the high winds that have been blowing through my hometown valley, you get a recipe for disaster. If you then factor in the vast amounts of fuel available to the fire, fuel in the form of large stands of beetle-kill pine, you have the Inferno Trifecta.

I think now would be an appropriate time to blame the government for banning conscientious logging and cutting of firewood in our National Forests, because, had enough dead wood been removed from them, this situation could have been largely avoided.

But, blaming will get us nowhere, instead, we will focus on supporting the men and women who are putting their lives on the line to protect the homes and businesses currently threatened by the giant wall of fire steadily advancing toward them. 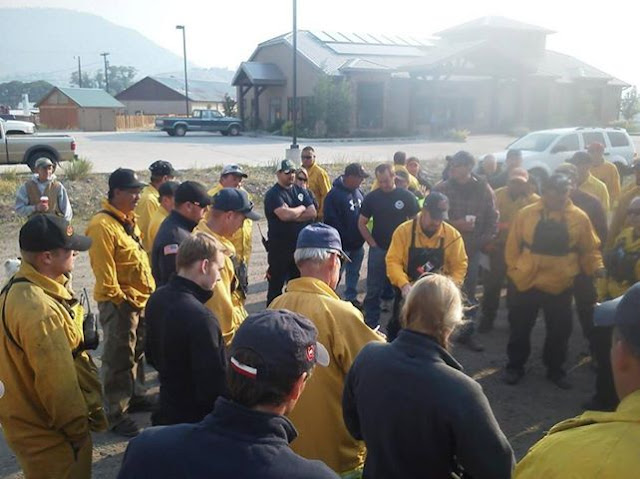 The latest news releases indicate that, due to the current conditions and the near-impossibility of containment; the effort has shifted from containment to structure protection. That essentially boils down to the crews fighting off the fire on a home-by-home basis. The effectiveness of the strategy is hard to predict but the danger involved is not.

Prayers for those brave men and women now takes precedence over prayers for the structures, because, as Phoebe's husband says: they have insurance on the cabin, it is replaceable. Lives are not. 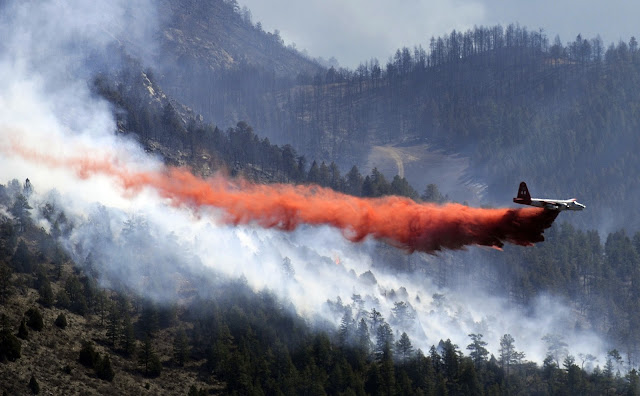 **No photo credit available, if they are yours, please let me know.
Posted by Chelle at 10:48 AM