And Then There Was Pie

Today has been a little more productive than yesterday, heavy emphasis on the "little". I did manage to meet Phoebe for lunch and I baked the pumpkin pie for our holiday dessert.

The pie is pumpkin, from scratch; I even used the pumpkins that I grew in my garden. And, I wore an apron, which, makes it a bit more of an authentic effort at the "I baked all day" fantasy than beating an egg and spices into pumpkin puree while wearing jeans and a t-shirt does.

In my mind, anyway. 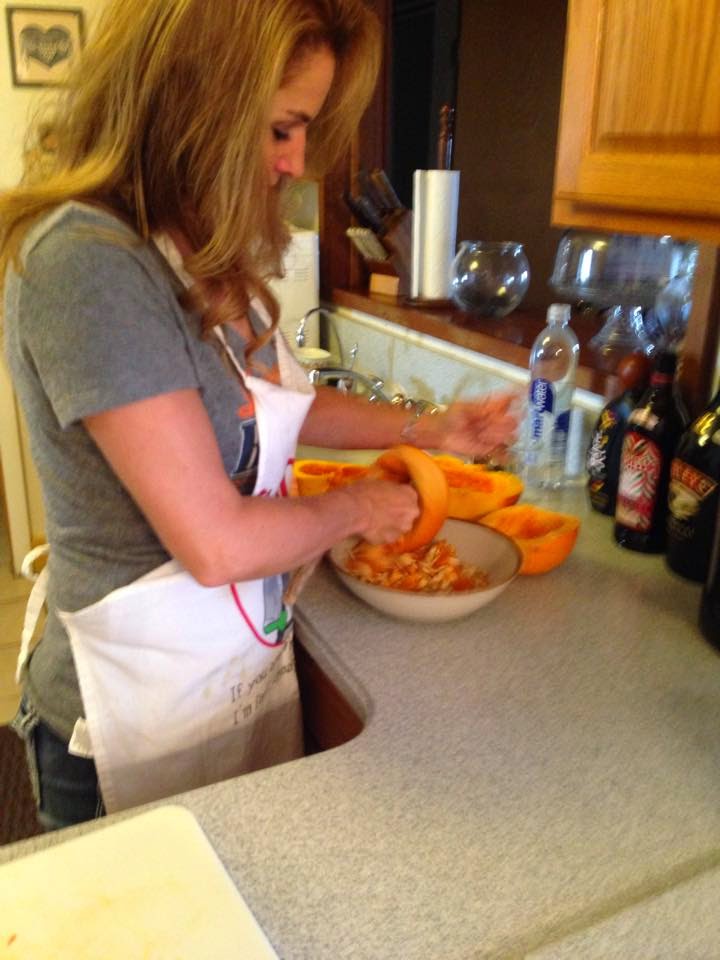 Now, I'm sitting in a recliner, counting the minutes until The Teenager and Barbie arrive from the Front Range, at which point, the party can really get started. And, by "party", I mean foot rubs and wine drinking (The wine drinking will exclude The Teenager, just in case you assumed that I have lost my parenting edge).

Tomorrow, Hugh and the Man-Cub arrive and we will add video games and naps to the party plans. Because we are party animals, I mean, obviously.

Anyway, it will feel really good to get my people back under one roof for a while, and, I'm not just saying that because there will be pie.