Another Day, Another Thing

Earlier this morning, as I was drinking my coffee, I watched Guinness as he balanced on the windowsill, stealthily stalking the birds outside the breakfast nook window despite the glass barrier between them.

I keep two feeders for the flock of birds that reside in the bushes in our back alley and there is always a show going on outside that window. This provides a plethora of opportunities for Guinness to channel his inner jungle cat. Unfortunately for Guinness, centuries of breeding have left his species less "jungle cat" and more Three Stooges, as evidenced by the comical fall he took from the window ledge during this morning's stalking.

He was not amused. 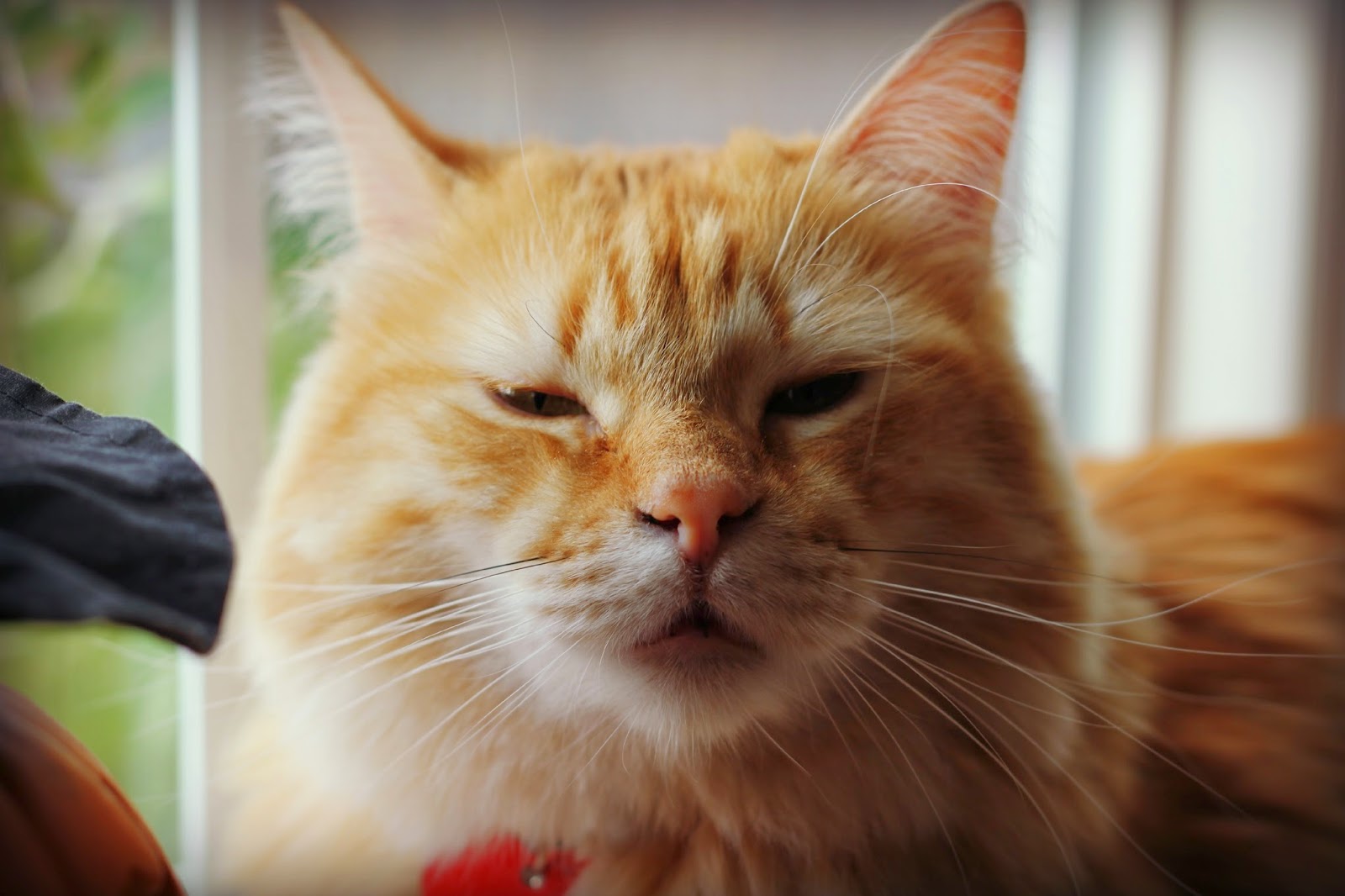 I meant to do that.
Finnigan was watching from his favorite spot; the rug on the floor in front of the French doors that lead out to the back porch. From there, he can watch the birds at the feeders; he also had the perfect view of his brother falling off the window ledge like Curly doing his best pratfall. You would think that Finnigan would be used to the occurrence, given the fact that poor Guinness is about the clumsiest cat on planet Earth, yet, he still managed to look slightly appalled. 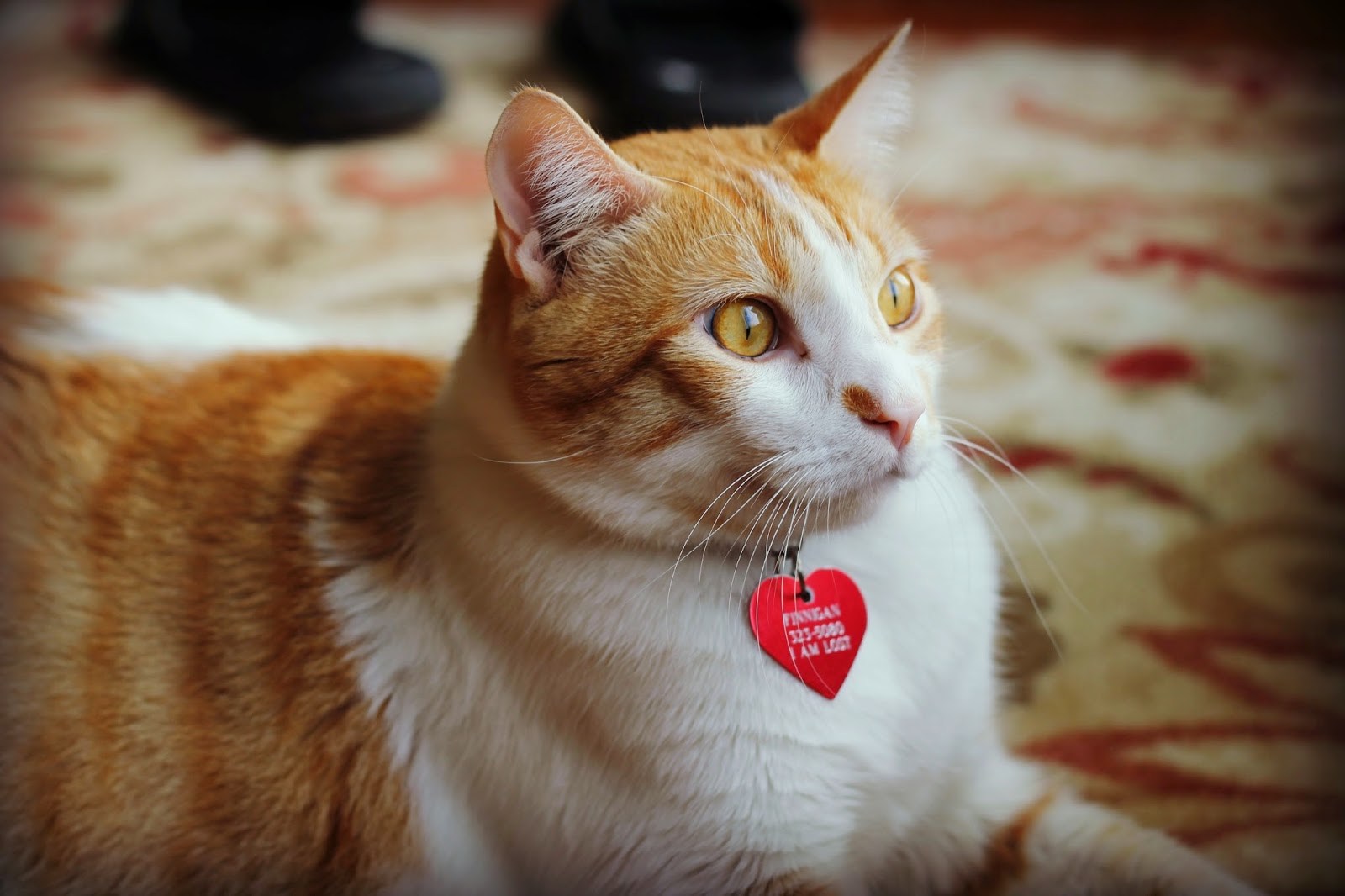 The hell, bro? You are ruining our reputation for always landing on our feet.
Guinness recovered quickly and was back in the window in no time. He's still there, actually, since it is still early and the buffet is clearly open, as there are about twenty birds perched at the feeders. 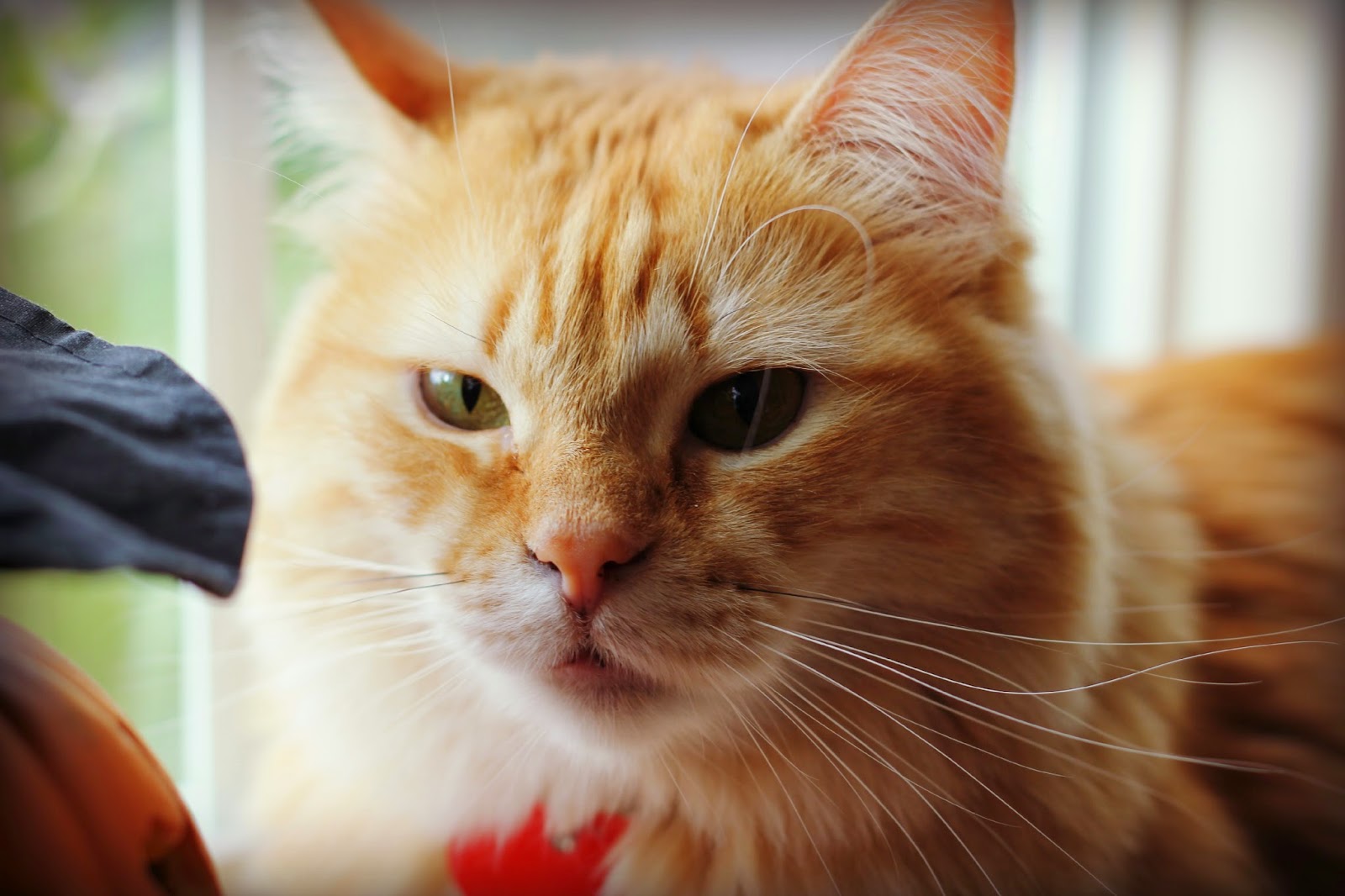 Whatever, I'm fine.
I'm grateful for having had this little comedy to watch this morning. Mornings are hard, recently, and it's a blessing to be able to belly-laugh at someone else's expense.
Wait, that totally came out wrong.
But you probably know what I meant.
﻿
Posted by Chelle at 9:22 AM