20 Things About the Man-Cub on His 20th Birthday

2.  He was exactly one week early, according to the due date given to us by my doctor.

3.  We hadn't found out the sex of the baby and, in the event that he was a boy, he was supposed to be named Christopher.

4.  When he was handed to me, my mom asked us what his name was and, without hesitation, I said Joshua, which, was not a name that Hugh and I had even discussed. I couldn't tell you why he was a Joshua, but he was. He is.

5.  He got his nickname early-about two weeks after his birth.

6.  I started calling him the Man-Cub because he was long and skinny, and, he had a shock of dark black hair that stood up in wild spikes around his head. He truly resembled the Disney version of Mowgli, from The Jungle Book. The name stuck.

7.  Our relatives, our friends, his friends, our co-workers, random school personnel, and even strangers from the internet all refer to him by this nick-name. And he answers to it.

9.  He knocked all four of his top teeth out when he was three.

10.  He's had stitches twice.We have more than made back the cost of our Aflac premiums on his emergency room visits (the accident rider on our policy pays quite well).

11.  He dislocated his shoulder on the football field during a particularly aggressive game. I hope you never have to hear the words "We need the parents" shouted at you from the football field while a group of medical professionals hover over your child; it's  terrifying.

12.  He told us he wanted to go to school to study marine biology before he was even a junior in high school, and, he has not yet changed his mind about that educational path.

14.  He shares my temperament; he is slow to anger, but, a force to be reckoned with when pushed to his limit. He can hold a grudge like no one's business, but, he never arrives there easily.

16.  He hates most vegetables, in fact, if  the name of a vegetable has more than one syllable, he's likely to gag at the thought of eating it (he finds Brussels sprouts particularly odious). I don't think it has anything to do with linguistics; it's probably just a coincidence.

17.  He's thoughtful and kind. He calls his grandparents, just to chat, humors me by providing daily Proof of Life, and he never fails to say thank you for the care packages and gifts that we all send him.

18.  He has three tattoos, and, even though he was an adult when he got them; it was important to him that I be ok with it.

19.  He's a fantastic brother to Queen B. He's protective of her, humors her, weather her moods like a captain riding out a storm, and, will always be one of her biggest supporters. I have no doubt.

20.  God blessed us with the gift of him, and I am forever grateful for that gift.

Happy birthday, Cubby! I love you heart and soul! 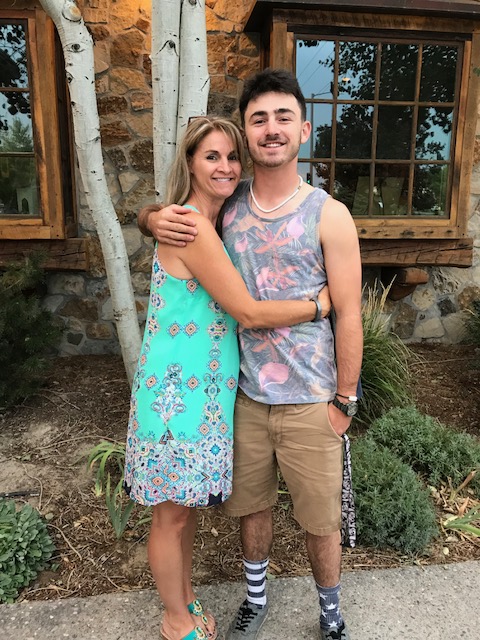