Four and a Half Years in the Making...

...Queen B finally graduated yesterday! All her hard work and dedication were rewarded with a fake diploma (the school will be mailing the Real Deal), presented at a two-and-a-half-hour long commencement ceremony. The event was then marked with a party to celebrate!

Graduation and the party, it should be noted, came together beautifully, despite the secret (and, not-so-secret) stressing that I had been doing over the event since we first booked the hotel lobby back in October; worries included:

-Would we seriously be able to be at the college by 7:30 a.m. to secure both a close parking space and seats for seven (Hugh, myself, Mom, Oscar, Emily, Katie, and the Cub), preferably not in the nosebleed section?

-Would the ceremony be over in enough time for us to beat our guests to the hotel for the party?

-Would that give us enough time to decorate and set out the food?

-Would we have enough food?

-Would people come? Would they have fun?

The answer to all of those questions was yes. And, when appropriate, no. Yes, we were on time. Yes, we found both great parking (mere steps from the entrance to the gymnasium where the ceremony was being held!) and amazing seats (immediately to the left of the podium, four rows up, in the section of the gym that has seats with backs, rather than bench seats!).  Yes, the ceremony was over in plenty of time for us to beat our guests to the hotel and to get set up, and, yes, people came and we had enough food. Most importantly, there were no unnecessary meltdowns, and, quite the opposite; everyone was relaxed and happy, and, they had fun!

So did I. And, I think it goes without saying that I could not be more proud of my college graduate! She busted her ass for this title and no one deserves it more.

Proud Parent moment all the way around! 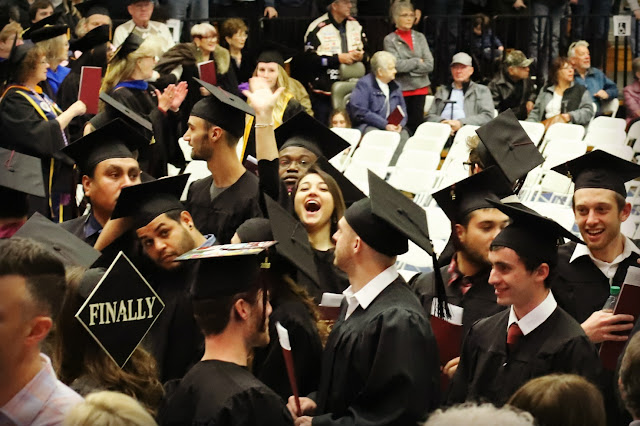 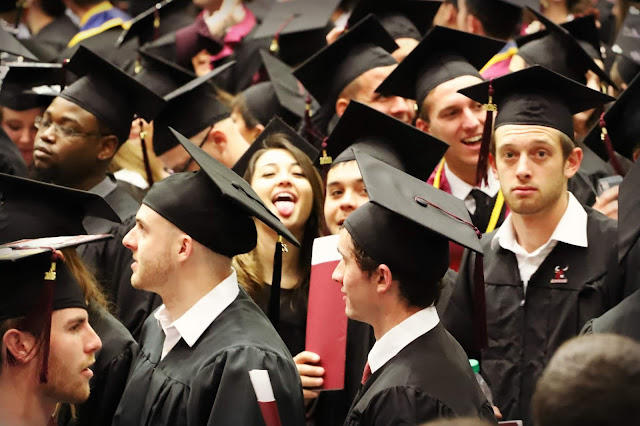 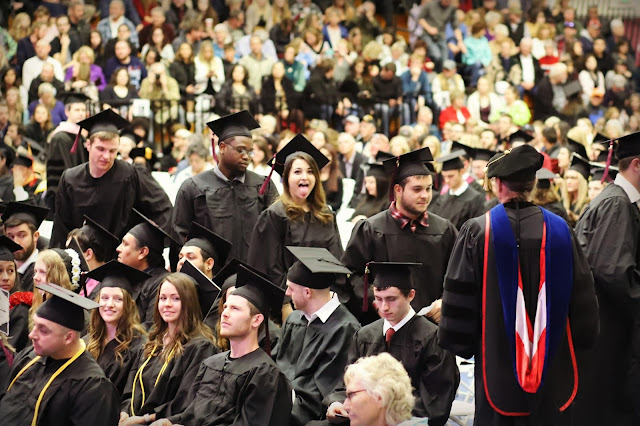 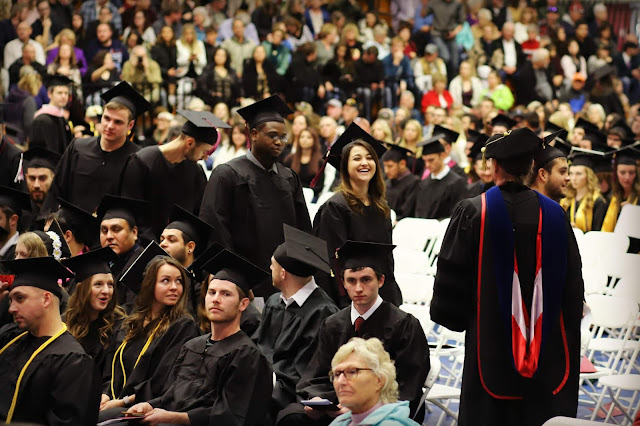 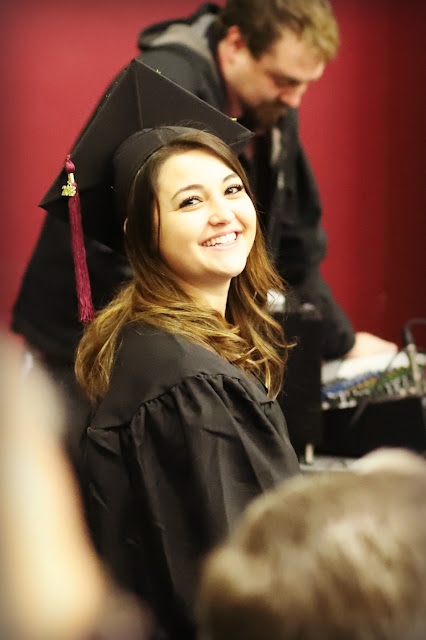 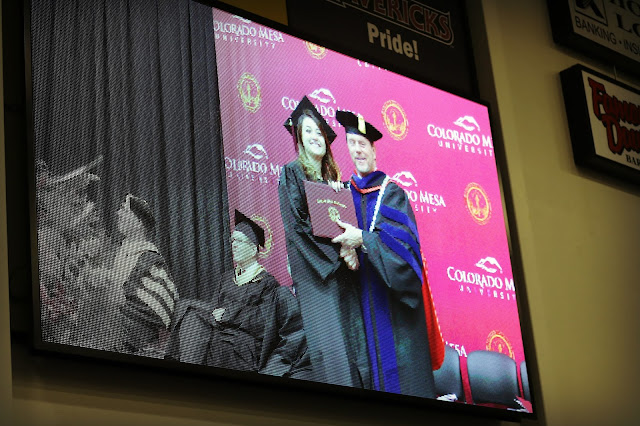 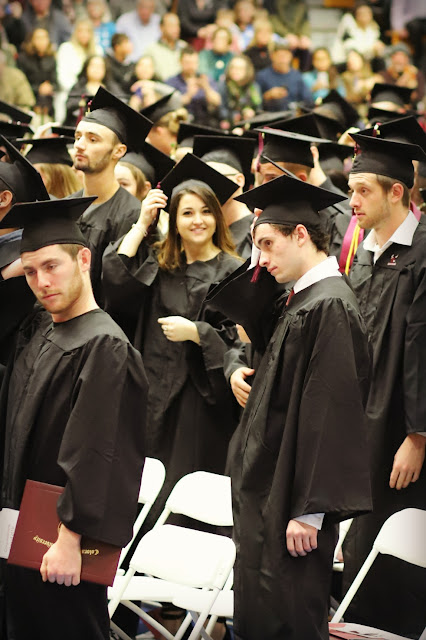 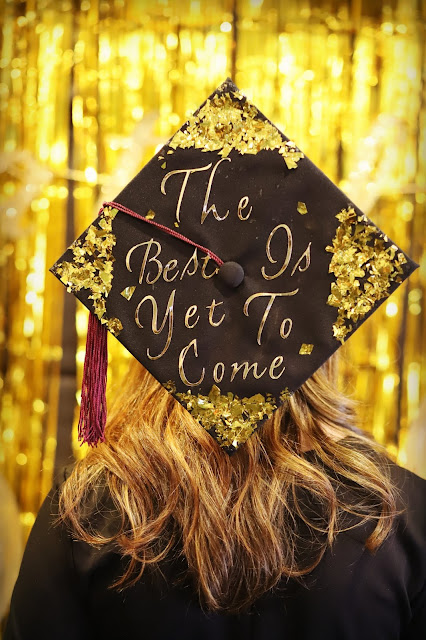 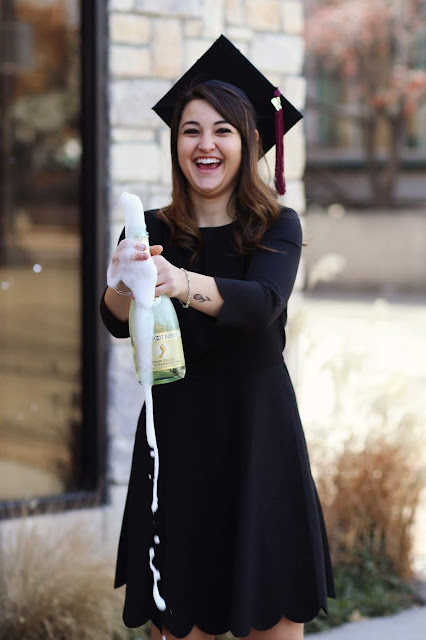 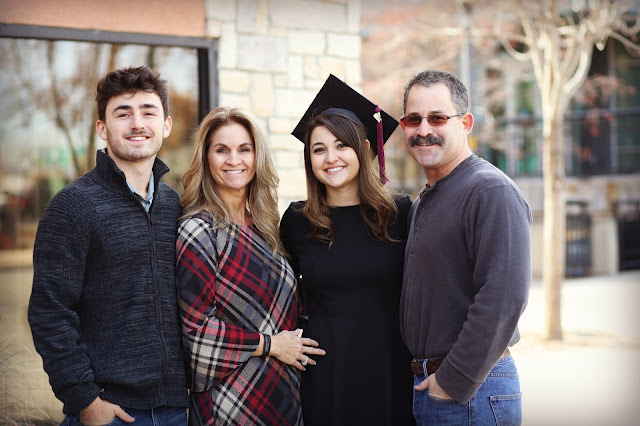 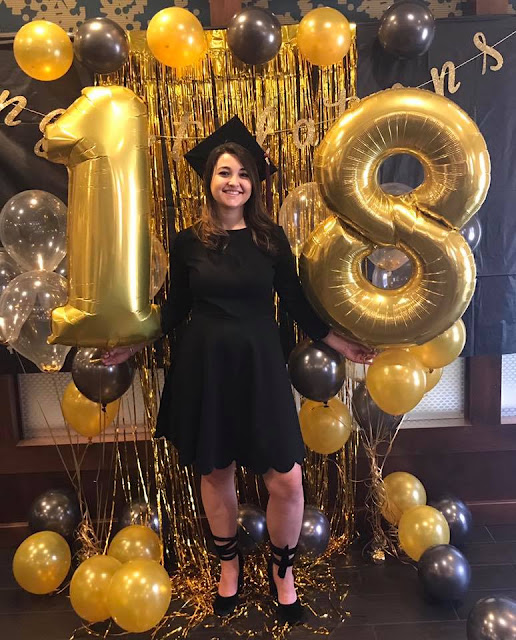 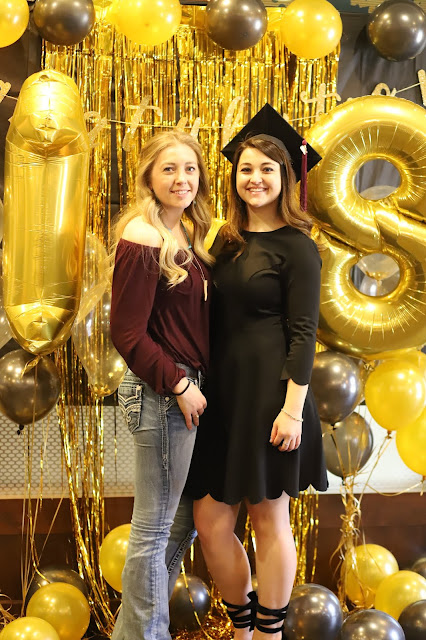 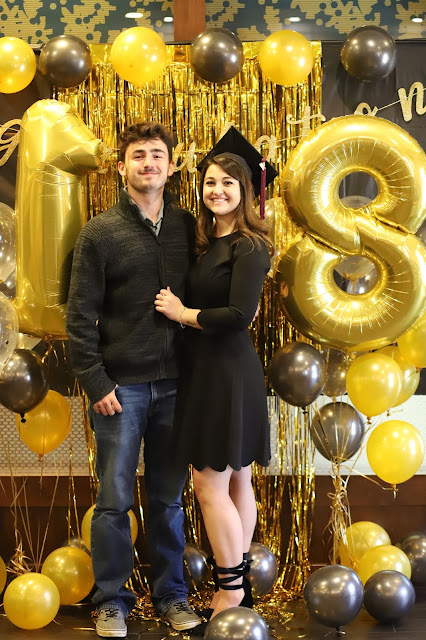 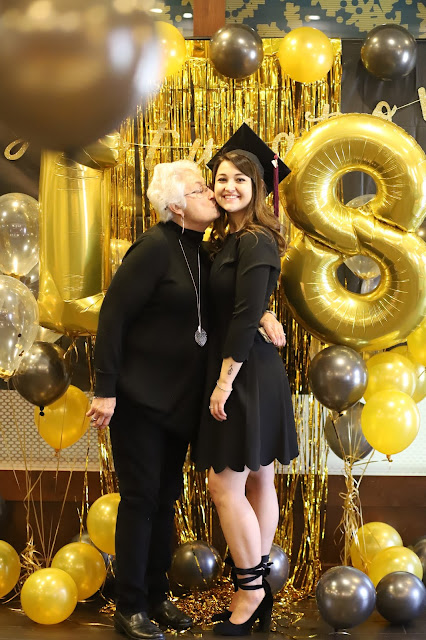 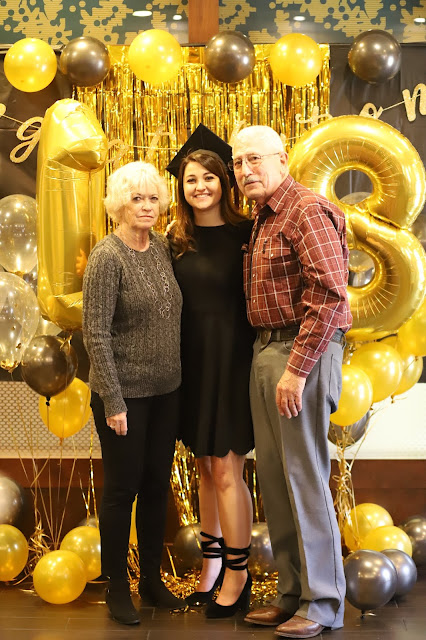 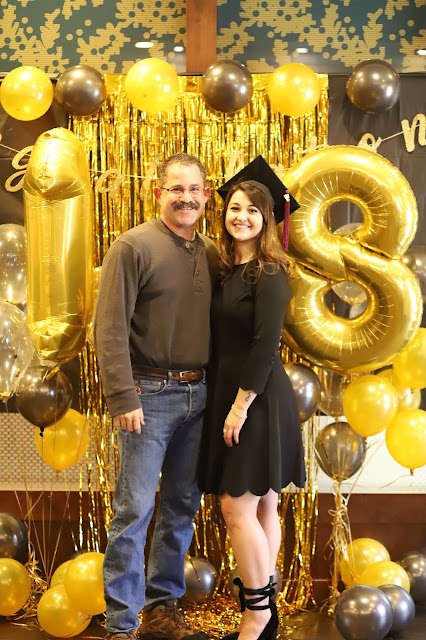 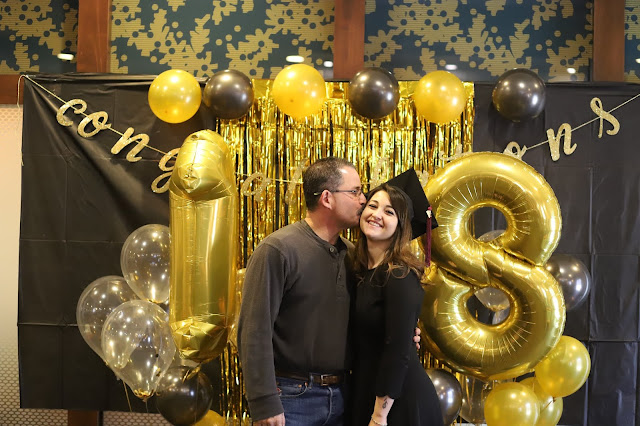 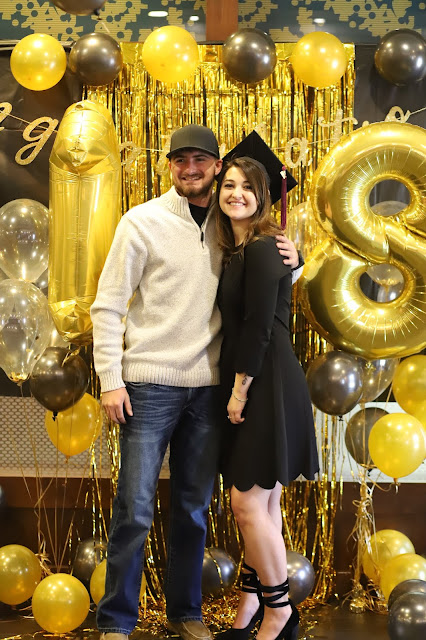 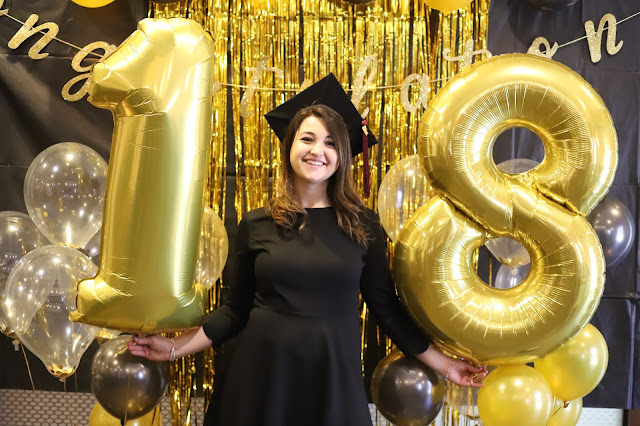 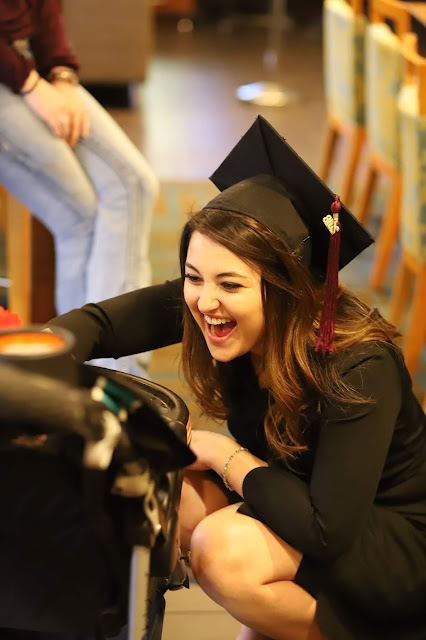 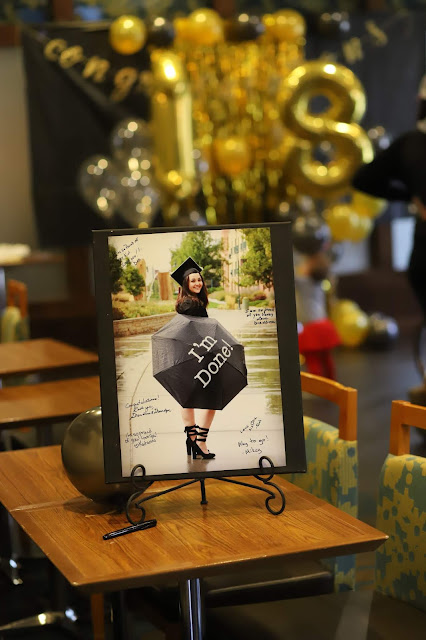 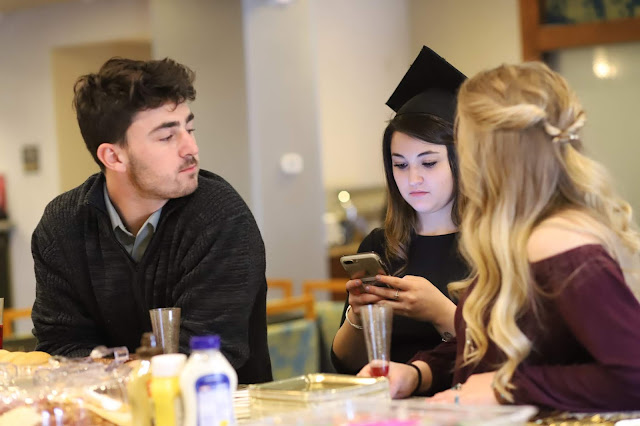 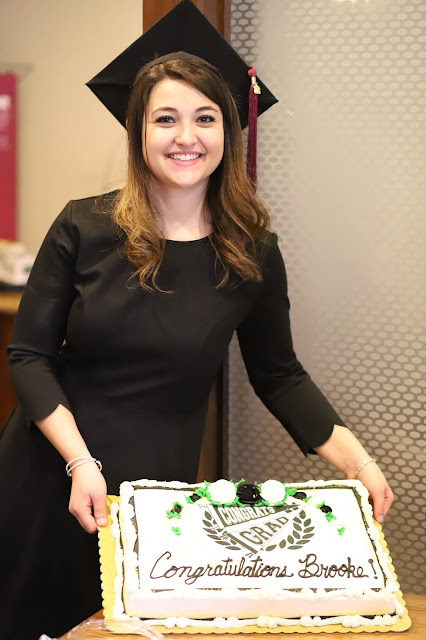 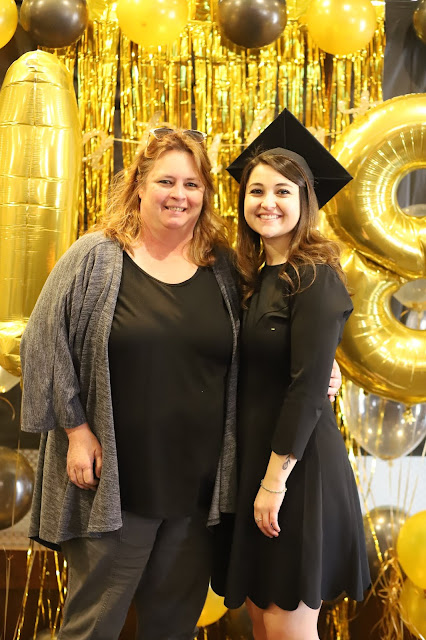 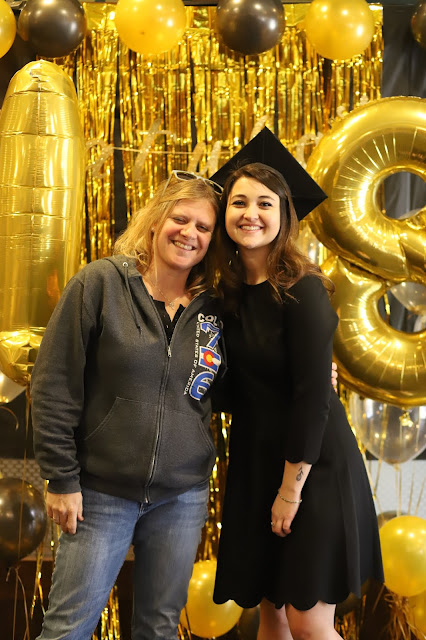 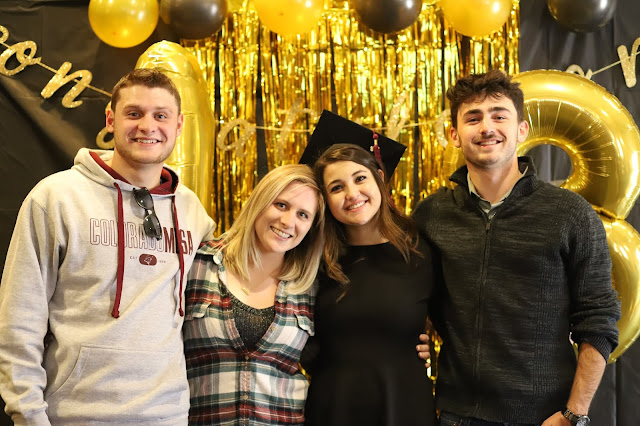 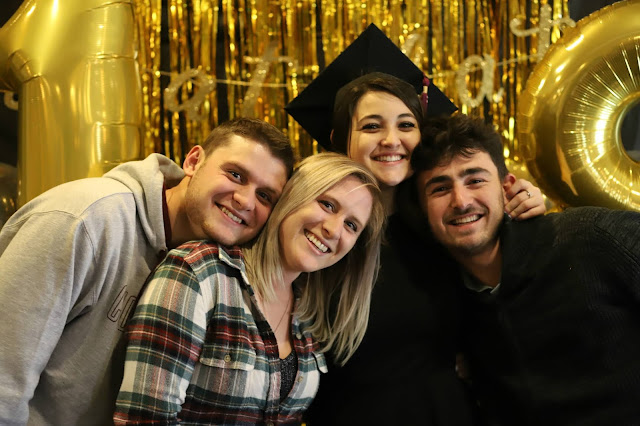 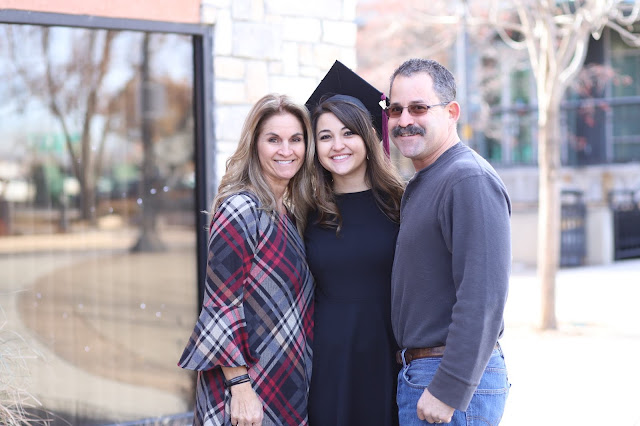 Now, one down, one to go. No rush; Mama needs a breather!