Be Still My Heart

Last weekend, while cleaning out the drawers of my nightstand, I came across a certificate of achievement for Queen B. When I attempted to open my grandmother’s old cedar chest, which is where sentimental documents such as this go to die, I found that I was unable to pop the latch; most likely due to there being too much crap already buried inside.

I wrestled with the latch for quite a while before finally gaining entrance, and, decided that it was past time to clean out and reorganize the chest. As I was separating items, I came across a number of things that made me question my own sanity for having kept; mostly, entire newspapers, inside of which were single photos or articles of interest to our family. I carefully removed the pertinent pages from the papers and filled almost an entire garbage bag with the rest; giving myself plenty of room in the chest for the latch to open and close properly.

Next, I sorted through a plethora of cards, letters, elementary school artwork, programs from school plays and sporting events, report cards, and old photos; fully intending to get rid of as much of it as possible, but…

…my heart wouldn’t let me.

Those old programs show a level of talent heretofore unheard of by modern man!

That artwork is genius-level!

The report cards are proof positive that my kids belong in MENSA!

I can’t part with items of such historical value, I mean, clearly.

Although… this book, written by the Man-Cub upon his Middle School graduation, did cause me to question the MENSA membership… 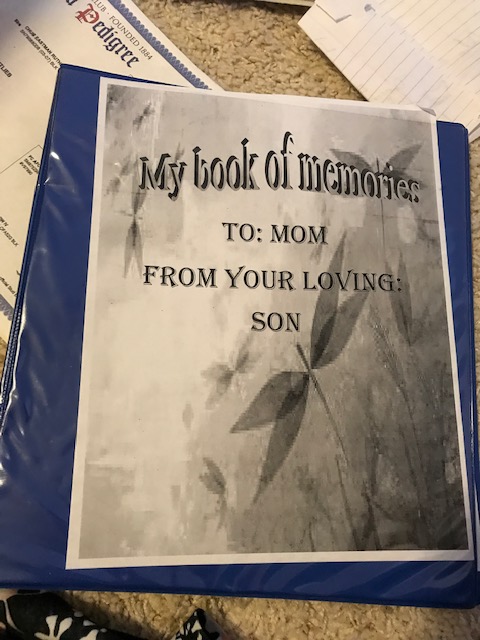 …until I remembered that most geniuses also struggle with some form of dyslexia or other grammatical challenges, so…MENSA could still be on the table. 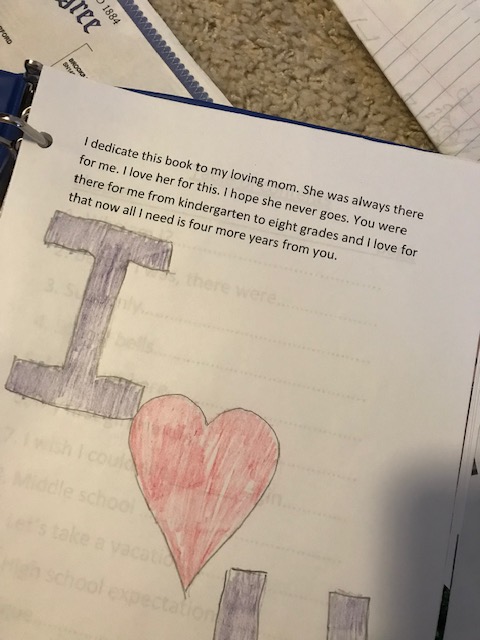 And, despite the atrocious spelling and the grammatical errors that make my inner Red-Pencil Critic itch to start circling; the sentiment is sweet.

I could have foregone the part where he declares that he will only require my services for four more years, however.

This letter made up for the slight… 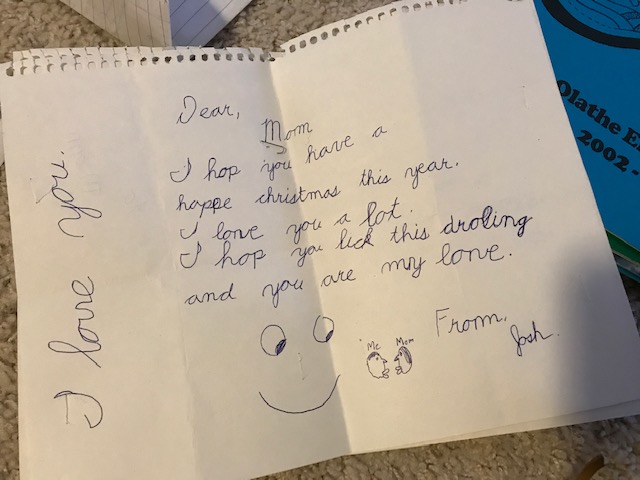 …although, not nearly as much as cashing in these long-forgotten Mother’s Day coupons will… 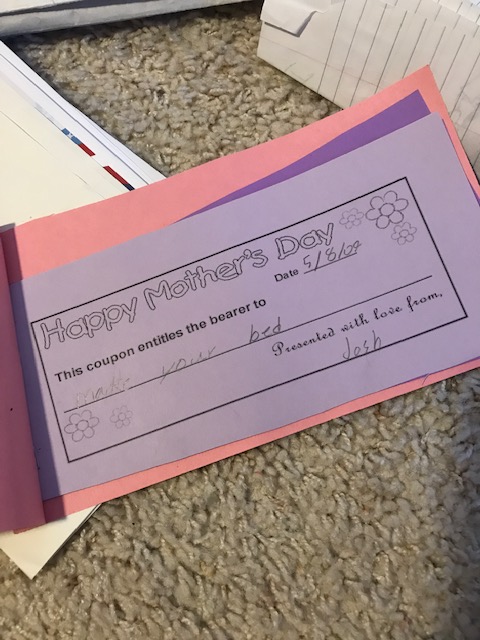 And that’s why you always include an expiration date, Man-Cub.

I'm especially going to enjoy the one that guarantees me "brekfust in bed"; fingers crossed for Eggs Benedict.