When I wrote last, I was about to embark on a weekend quest for relaxation, and, I am happy to report that the quest went well. So well, in fact, that I am considering a similar quest this coming weekend. Only five days to go!

Friday afternoon, immediately after hitting publish on that day's post, I jumped into my experiment with enthusiasm; I slipped into my most comfortable pajamas, fired up the Netflix, and started working on the creation of a Chelle-shaped divot on my couch; an indentation that I would revisit throughout the weekend.

Saturday morning, I managed to sleep in until 7:00. When I awoke, it was to three inches or so of new-fallen snow, which, required a shoveling, and, since Hugh was out of town until later that evening, it was up to me to handle (PS: Fuck you, Mother Nature). So, energized with coffee, armed with a shovel, and accompanied by my trusty canine sidekick, I hit the pavement; managing to shovel the entire driveway, sidewalk, back porch, and concrete pad around the dog kennel in just over an hour. So far, the "relaxation" portion of the weekend was a bust, but, I had worked up a sweat and was motivated to keep moving, which, inspired me to hit the gym for a date with my favorite treadmill.

Clearly, the weather was keeping the New Years Resolutionists at bay, because I once again had the gym all to myself. No complaints, here. 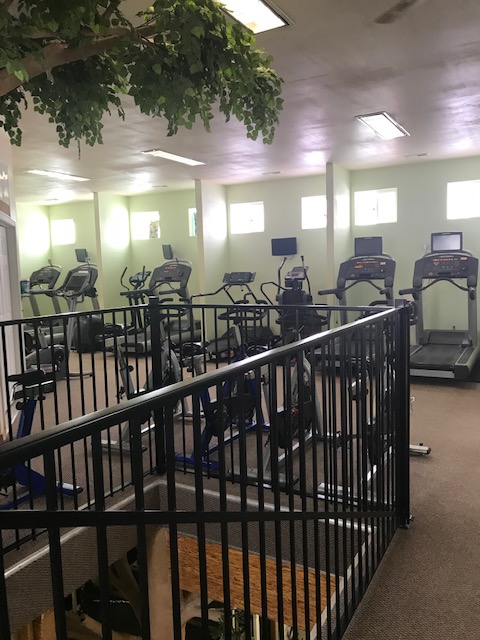 When I got back to the house, I started the process of making homemade chicken noodle soup, but, was felled by the early stages of a migraine before I got halfway through slicing the chicken breast for the pot. So, I quickly huffed my trusty Imitrex nasal spray and took a brief nap on the couch while it kicked in. As a side note, this is the third or fourth month that I have had a mid-cycle migraine, so, it's evident that my headaches are the result of Hormones Gone Wild (PS: Again, fuck you Mother Nature).

Anyhoodle, once I had a handle on the headache (800 mg of ibuprofen and a cup of iced coffee, as a chaser to the Imitrex, work wonders for me; I can actually function without wanting to die. True story), I returned to my soup preparations. 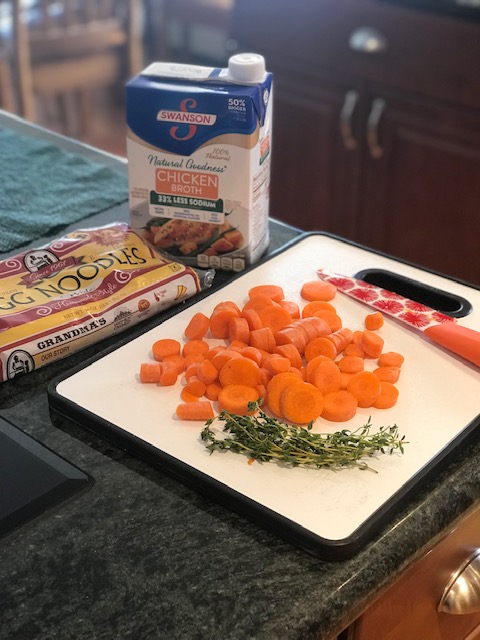 I also changed the essential oil in my new diffuser from lemongrass to peppermint, which is supposed to be good for headaches. I guess it worked, but, even if it hadn't, my house smelled like a candy cane, which is not at all unpleasant. 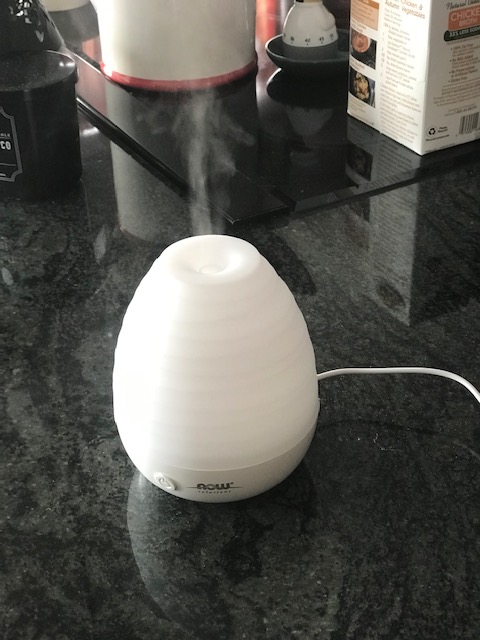 While all this was going on, I was also binge-watching The Sinner on Netflix. Highly, highly recommended, by the way.

Sunday morning, I hit the gym and the hardware store, getting those chores out of the way so that I could return to my couch indentation. I also did some bird watching from the breakfast nook window, where I saw this guy... 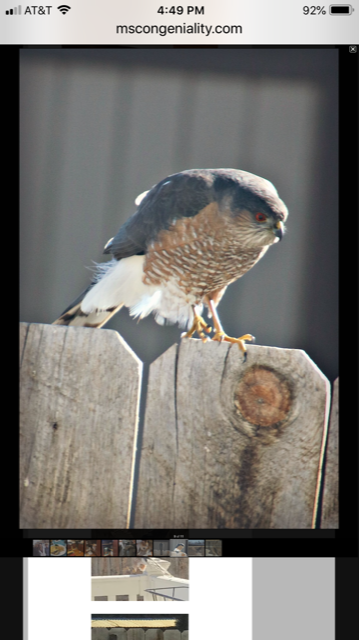 ...the photo is from last year, when he first made an appearance in my yard. I still have no idea what kind of hawk he is, but, I have a sneaking suspicion that he is preying on the smaller birds that come to my feeder.

It would appear, however, that neither the cat, nor the dog, were impressed that he was lurking in the yard, so, maybe it isn't all that interesting. 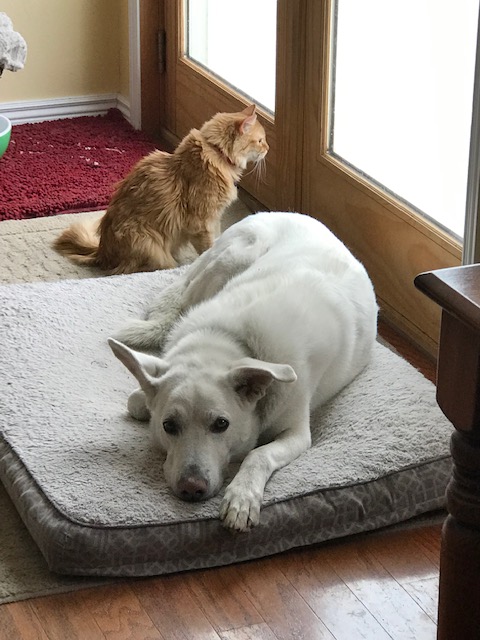 Later in the evening, Hugh and I finally pulled the trigger on our reservations for our trip to Maui in March. We now have flights booked as well as a condo on the beach booked and paid for. I'm equal parts giddy and nervous since this is our first experience with VRBO. Fingers crossed that everything goes smoothly.

And, that was about it for my relaxing weekend of semi-hibernation. It really was a lot more pleasant than this post might make it appear, and, as I said, it is an experiment that I am looking to repeat.

Again, only five days to go...