It Was a Baptism, Not to be Confused With an Exorcism

When I left Petticoat Junction Saturday morning, I did so with an unexpected passenger... 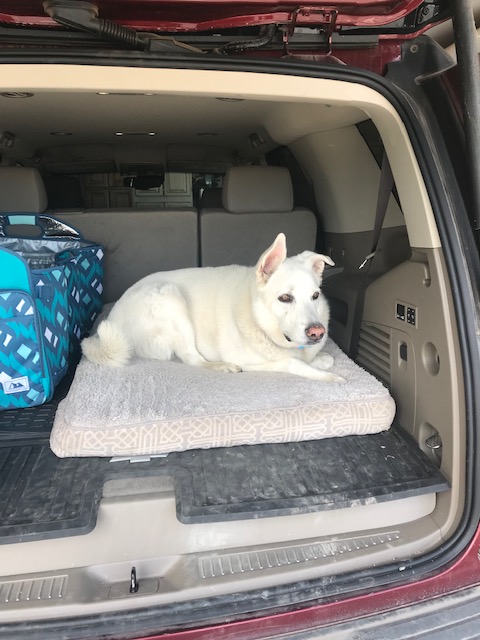 ...he must have sensed that I was plotting my escape, because he followed me all morning, never letting me out of his sight, and, when it came time for me to load the car, he took it upon himself to jump right in, refusing my commands to exit the car, immediately.

Ok, my commands were more like softly voiced suggestions, but, still.

On the bright side, he saved me from making the trip down by myself (Hugh was officiating, Queen B was getting her Country Jam on, and the Man-Cub was recovering from a week that included 28 hours of overtime).

We got to Mom's a little before 1:00, which gave me plenty of time to visit with Mom, my cousin Zach, my nephew and his wife, and, of course, with the guest of honor; 22 month old Trinity. While I was playing with her, I offered her five bucks if she would scream "It burns!" when the priest doused her with the holy water. Unfortunately, toddlers are notoriously tough negotiators and I think she demanded double, but, I don't speak toddler so I really can't be sure.

But, since she was on her best behavior at the baptism, it's entirely possible that no amount of money could have swayed her (Don't worry, I'll try again at her first communion). 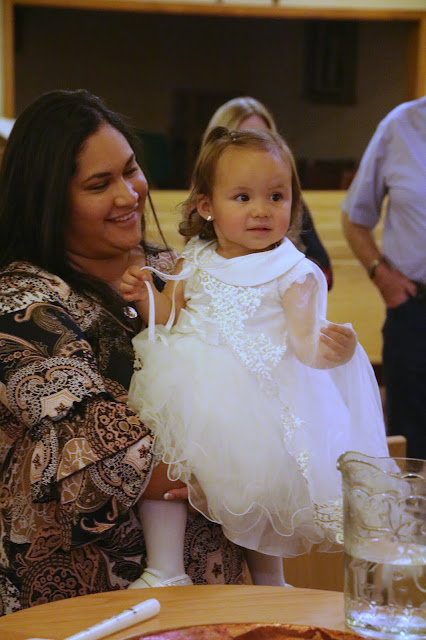 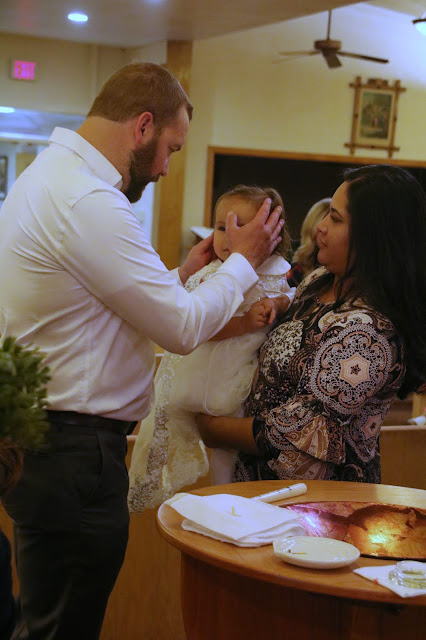 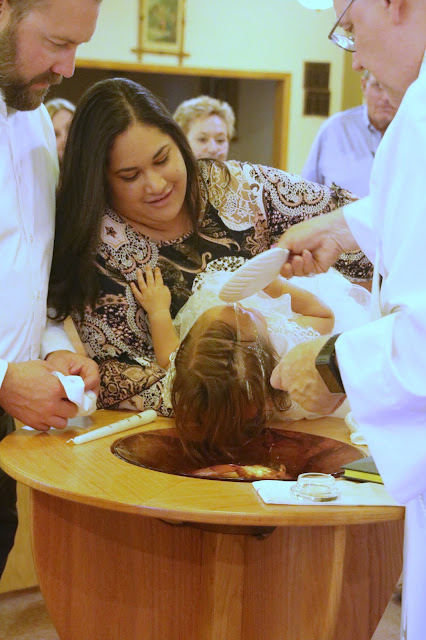 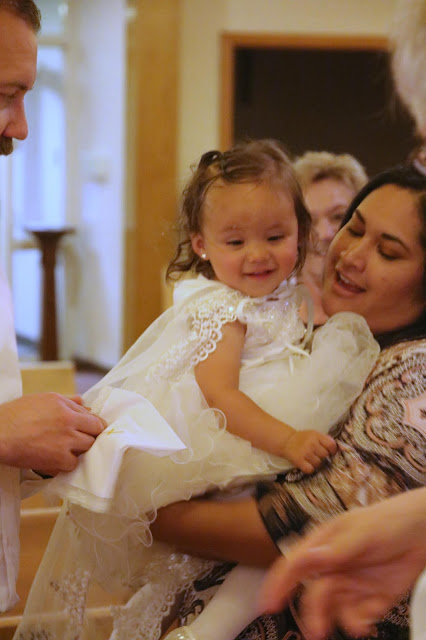 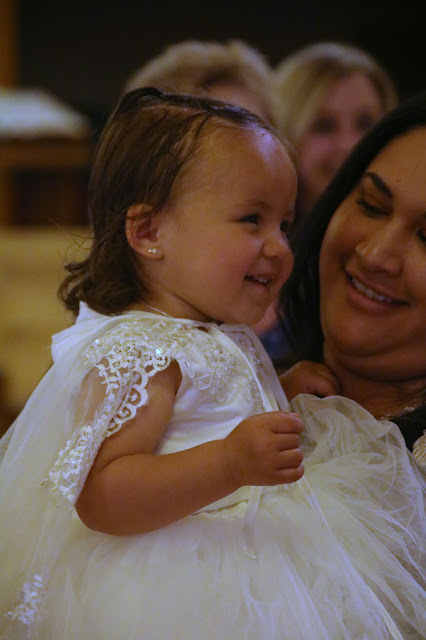 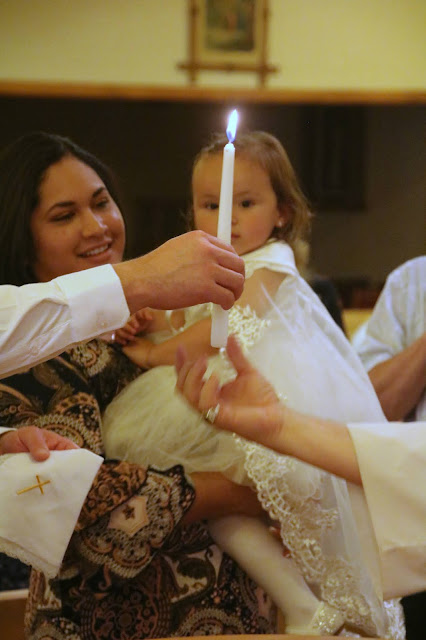 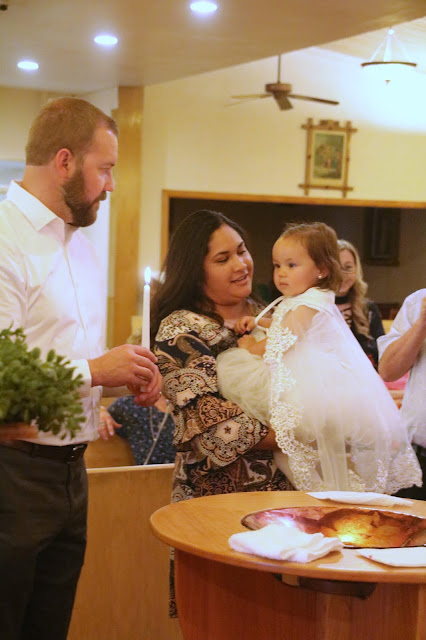 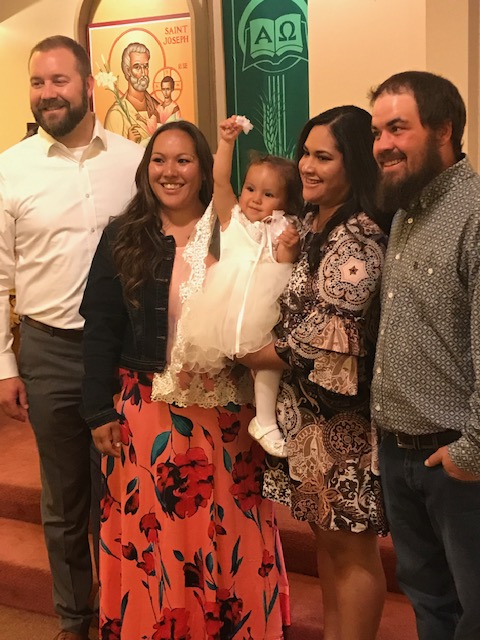