The Adventures of Sweet Pea and Lulu

Yesterday's bike ride with Queen B was the highlight of my summer, so far. And, yes, I do realize that it is only June 3rd and that, technically, summer doesn't start until June 22nd.

Anyhoodle, the ride took us from Queen B's house, through downtown Neighboring City, up the overpass and over the interstate, and down into a conservation area, complete with a bird sanctuary and a series of small lakes. It was a lengthy ride, to be sure, but, the payoff was a view that was to die for.

I had packed a small picnic for us, which we stored in the picnic basket that I gave Queen B for Easter; the basket fits perfectly on the rack on Queen B's bike (affectionately known as Sweet Pea), and we had an Pinterest-worthy set-up (not that I was going for Pinterest-worthy, but, there ya go). 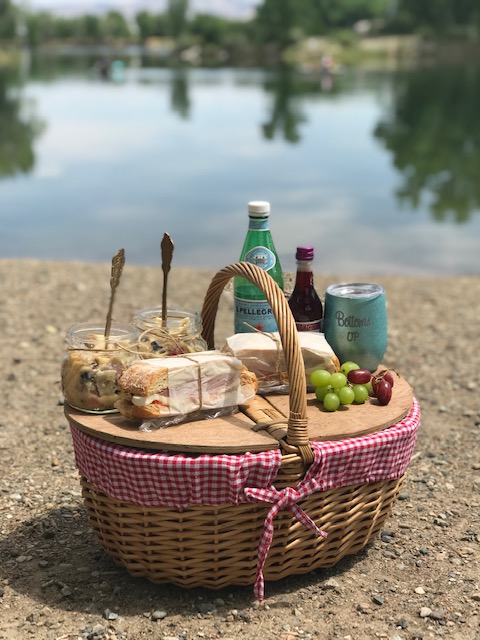 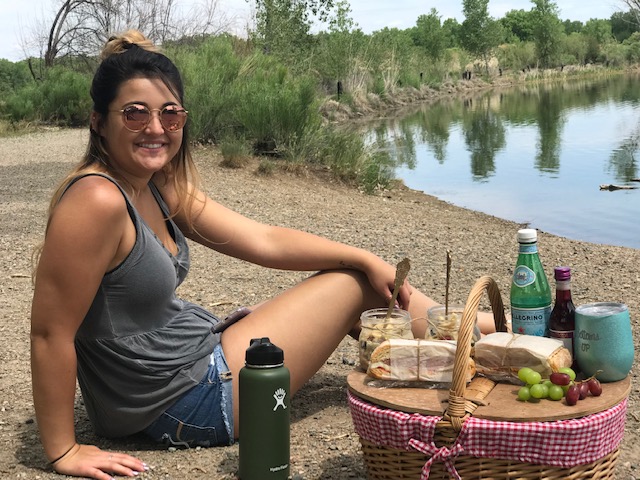 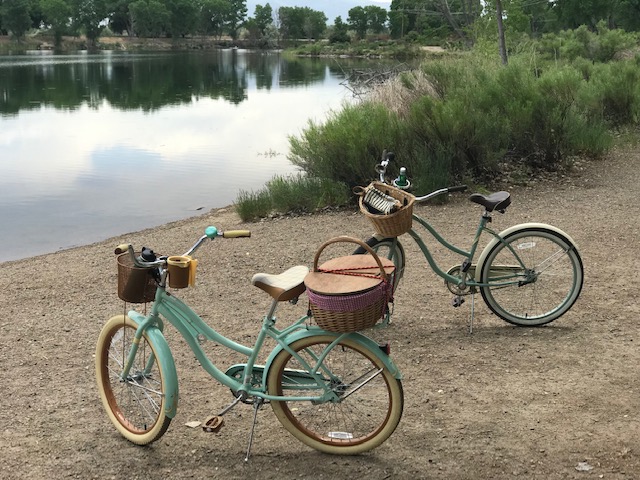 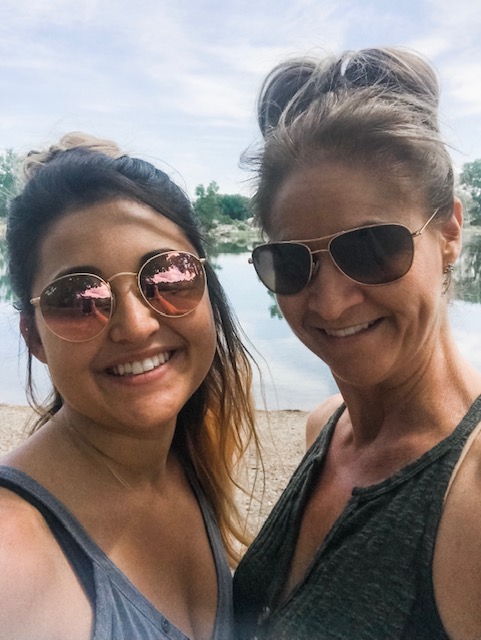 While we were enjoying our sandwiches and pasta salad-in-a-jar, we noticed ripples on the lake, indicating a shower, despite the fact that the lake was mere feet in front of us, the sun was shining over us and we were perfectly dry. That's Colorado, folks.

Of course, the shower did eventually move over us, sprinkling us with a few drops of rain before blowing away towards the mountains; it was actually quite refreshing, since the temperatures had risen to the high seventies.

On the way back to Queen B's, we parked under the overpass to check out the graffiti decorating the walls... 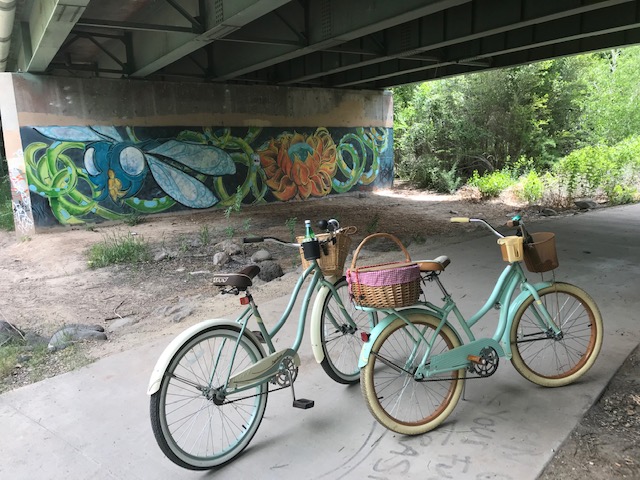 ...then, it was back to Neighboring City to get ready for the Man-Cub's baseball game, which was scheduled for later in the afternoon.

Today, my butt is sore, despite the cushy-ness of my bike seat (is cushy-ness a word? No? You know what I mean), but, it is a small price to pay for the privilege of spending a summer Sunday on the open road. And, I can always sit on an ice pack at Day Job, which, is where I am headed, now.

It may be summer, but the real world still beckons. Thank goodness for the promise of weekends! 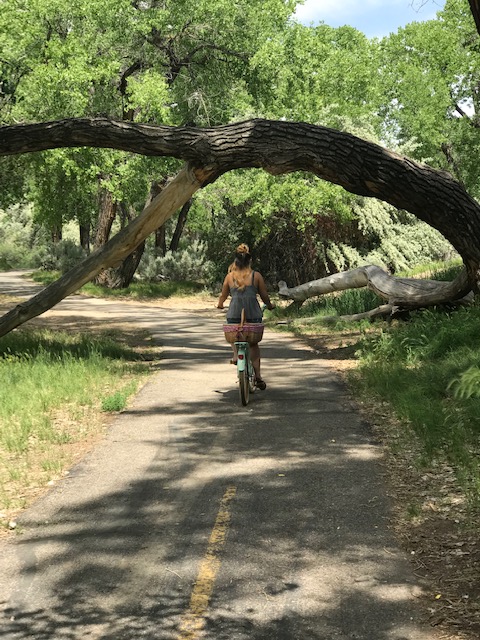