It's almost the end of the month, so that means it's time for another fun link-up with Sheaffer and Shay This is the post for June, AKA: The Summer Month That Wasn't, thank you very much Mother Nature. I think Colorado saw more snow this month than in all of the winter of 2018, combined, which, is great for our reservoirs, lakes, and streams, but, not so bueno for camping, hiking, or drives in the high country. I guess you can't have it all.

I recently pulled the trigger on a subscription to Hello Fresh, thanks, in part, to the $80 off coupon that was included in my latest FabFitFun box. 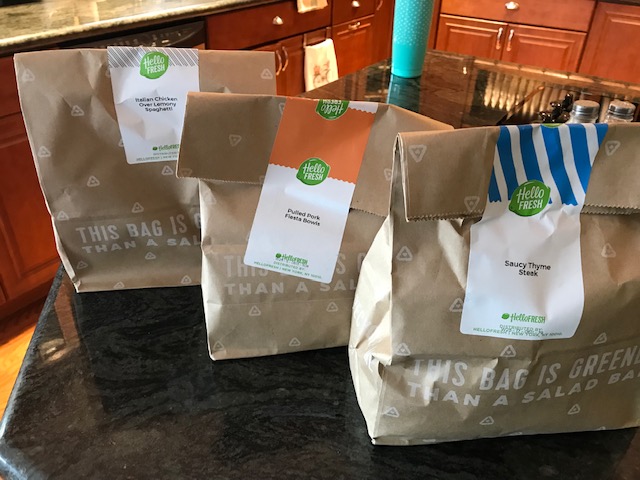 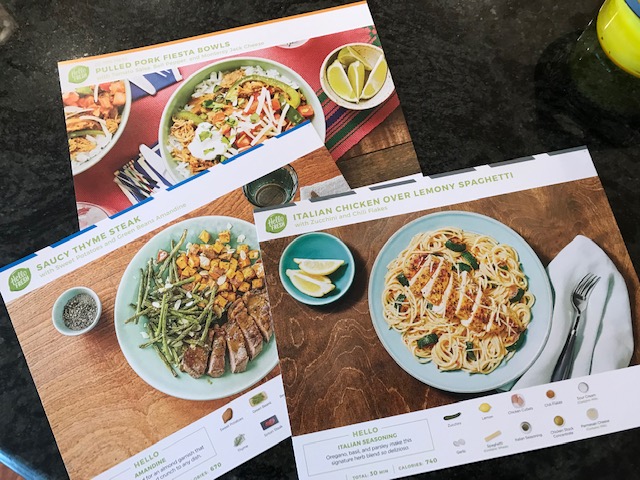 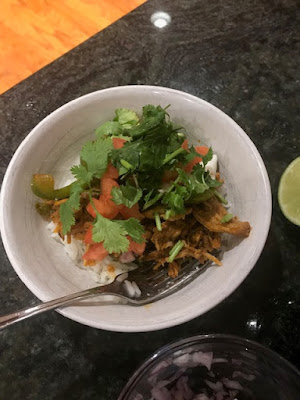 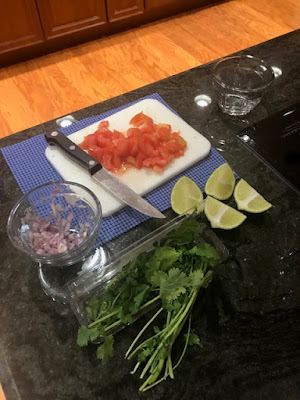 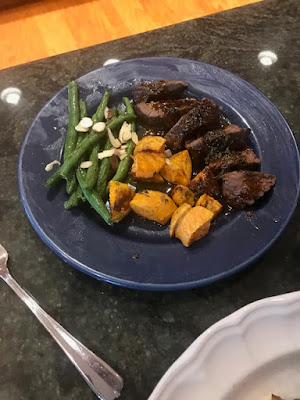 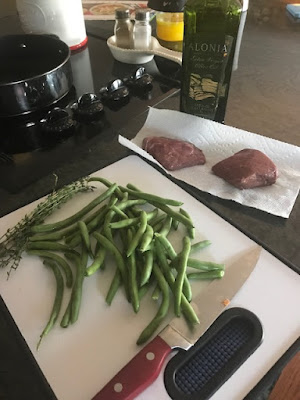 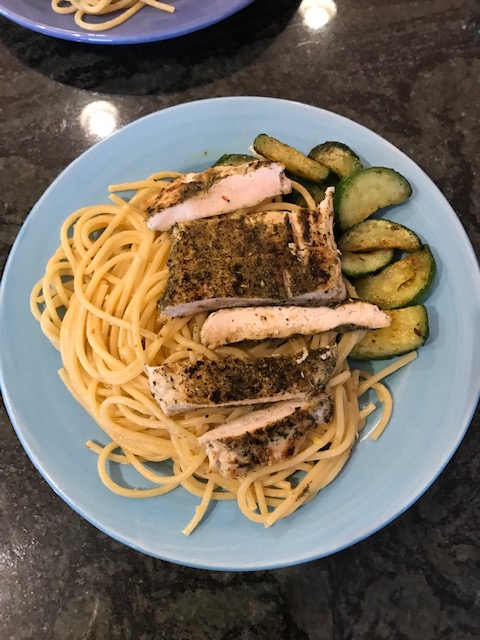 And, Spinach Ravioli with Chicken Sausage, although, technically, I didn't cook this one; Hugh did... 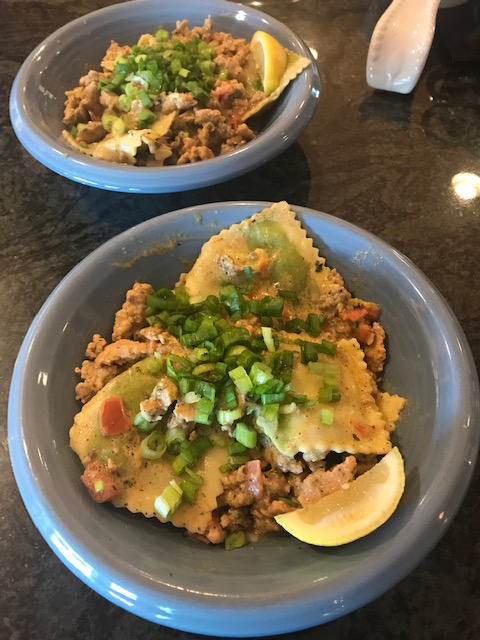 ...which led to me Snapchattting the following to the children.. 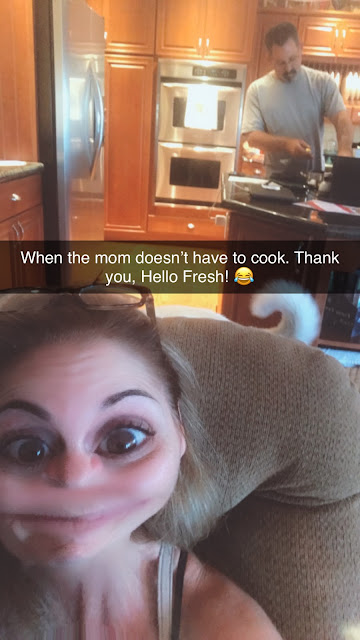 And, yes, I did just make a verb out of a proper noun, thank you so much for noticing (Grammar Nerds, unite!)...and I digress...

Back to Hello Fresh! First, the negative impressions: the portions are, in some cases, tiny. It's also somewhat expensive, and, the packaging is slightly wasteful. On the positive side: I did save money by not running to the grocery store several times throughout the week, wandering the aisles and purchasing items that I ultimately would not use, so, it's a wash on the financial aspect. As for taste, the Hello Fresh meals have all been delicious, so, even if I decide to end the subscription, I will have collected some new recipes, which I consider a bonus. Ultimately though, the time I save in both shopping and cooking (the most time-consuming recipe took 45 minutes) is the most compelling reason to continue the subscription. Also, see above: Hugh cooks!

Hugh finally brought the boat home this week, and, we are hoping to get the gang back together and on the lake for one last hurrah before Darren joins the ranks of married adults and the rest of the kids further drift to the corners of the globe.

Wow. That sounded really, really depressing (Empty Nesting: It's Not for Sissies). What I mean to say is; I have been reminiscing about the long summer weekends that we spent on the lake with Jana and Co. when the kids were young. 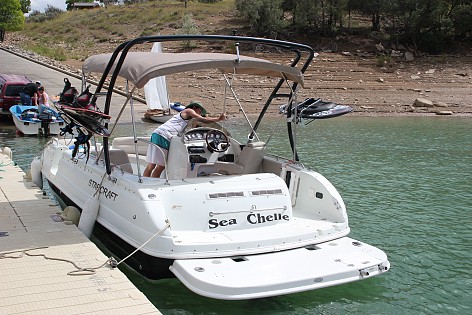 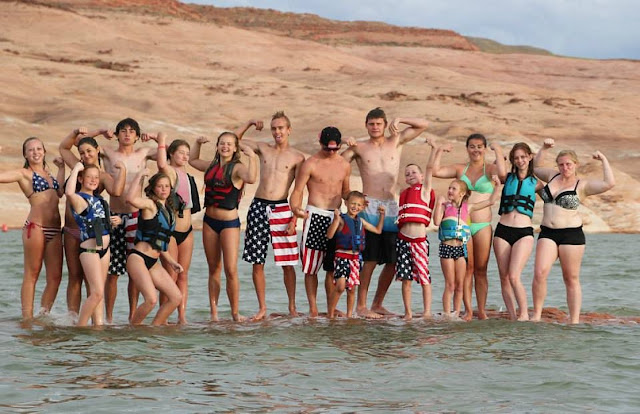 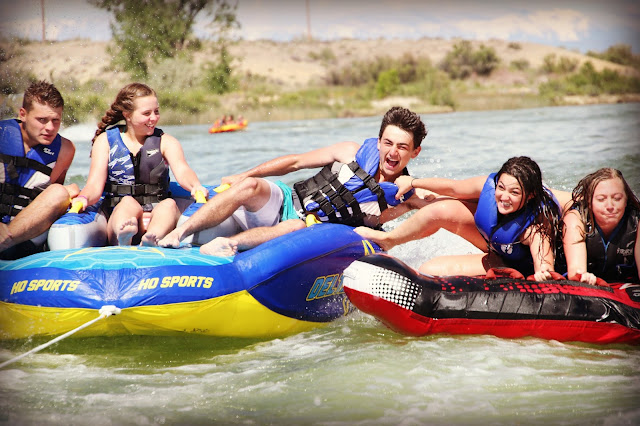 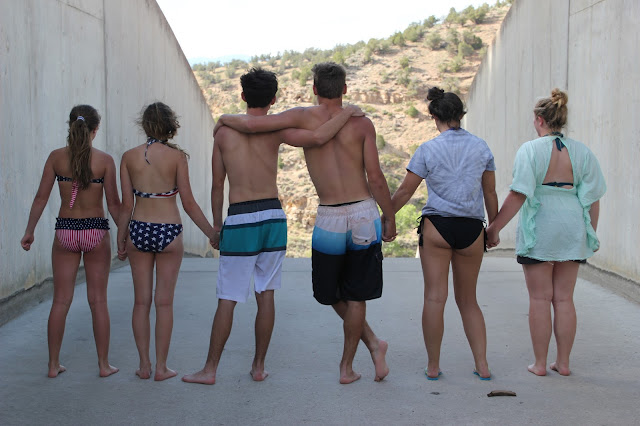 We bought the boat in 2008; it was a purchase that we could barely afford at the time, but, it ended up being the best investment we made in our kids' childhoods, hands down. Those were some really, really good times.

Queen B came down for the night on Sunday and she and Hugh spent some time outside in the Man Gazebo (that just never gets old), enjoying the fire and catching up. They texted me this photo because I wouldn't go outside since the mosquito population has exploded and I appear to be their favorite thing on the menu. I don't love that, but I do love this picture... 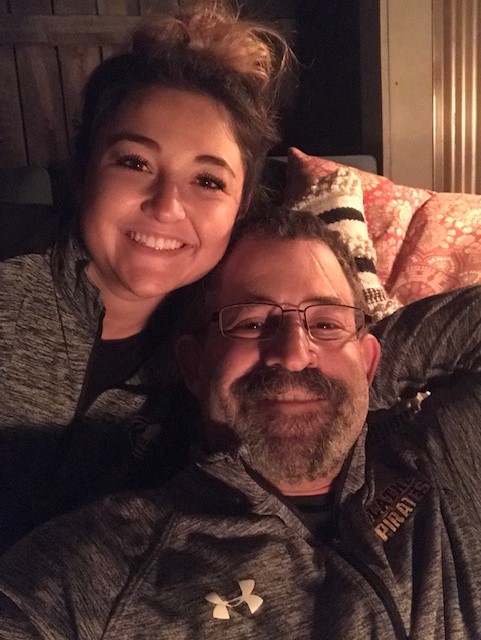 I am also loving all of the local produce that is becoming available. I didn't plant a garden this year, so I am relying on the local farmers market to keep me stocked up. I am also planning to pick cherries at some point, and, just today Co-Worker Erin and I picked mulberries while on our daily walk around the neighborhood where Day Job is located. 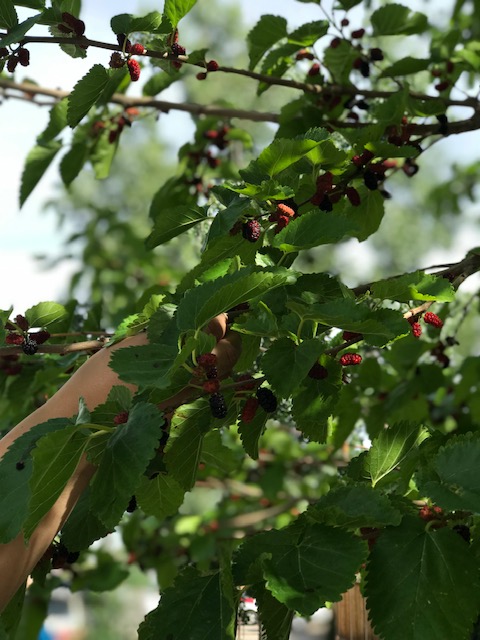 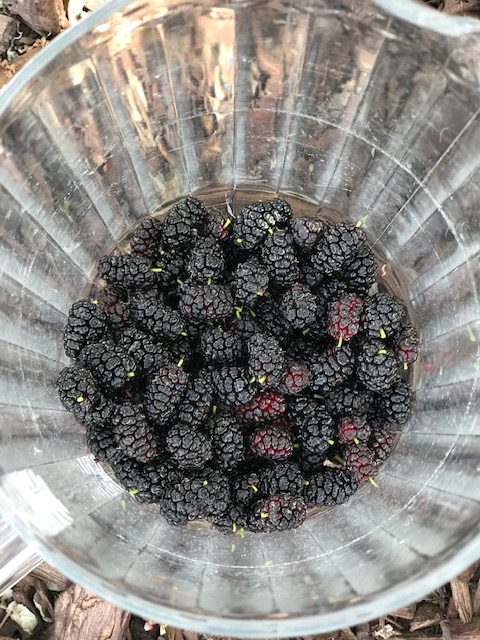 I recently shot a Mommy and Me session in the local park. I bonded almost immediately with the young mother when she told me that she works as a lifeguard and swim instructor at the pool in Pixler. I remember the days when I would take Queen B to the pool with me; we had so much fun with my staff of lifeguards. Anyhoodle, the pictures turned out great and I am looking forward to a repeat customer in the years to come. 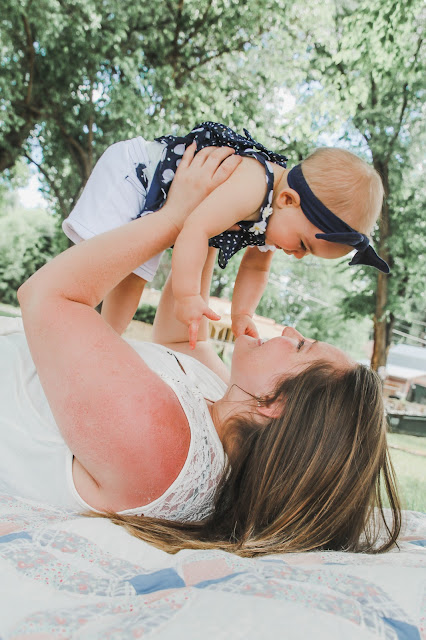 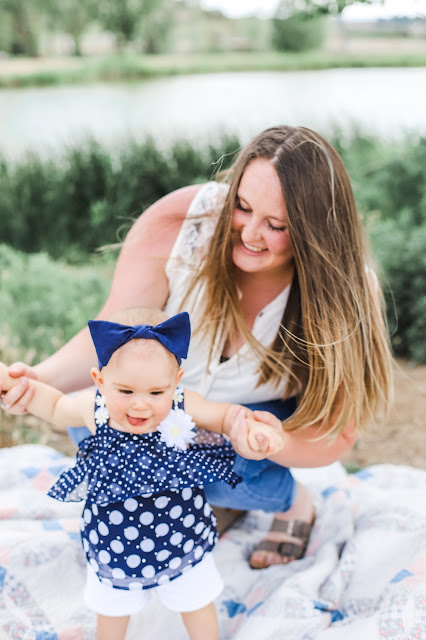 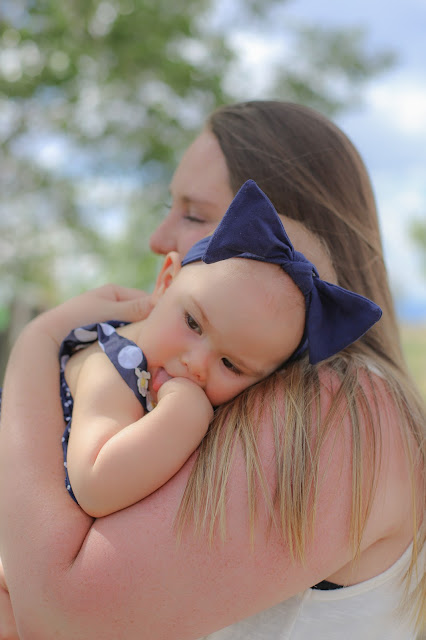 This one is heavy: I'm dreading the first anniversary of the suicide of the Man-Cub's girlfriend. She took her life on the fourth of July and I fear it will forever color the Cub's memory of the holiday. We are planning to get him out of the house and away from anything that might be triggering for him, but, in all honesty, you can only do so much when it comes to anticipating the stealthiness of grief. Besides, he carries a reminder of her daily; I can only hope that it brings to mind more happy memories than sad ones. 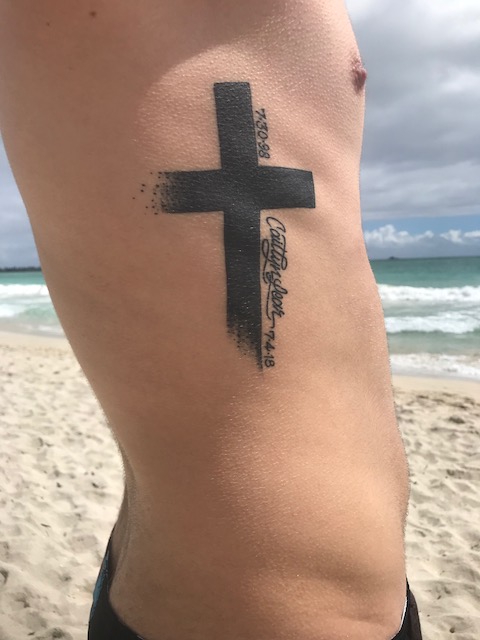 I'm working my way through an online posing course for my photography business as well as working on a website design and extending my reach on social media. My goal is to book enough mini-sessions this summer and fall to bankroll a trip to Greece with Queen B next summer; I promised her the trip for her college graduation and it is time to deliver.

I finally got funding approval to attend a symposium in Baltimore in September. It will be the second time that I have attended the event and I am really, really looking forward to it. I'll be attending with colleagues from several neighboring communities, and, we have a sight-seeing itinerary already in mind; it should be a good time.

I'm sad to say, Netflix has let me down, recently. There just hasn't been anything on that I have found binge-worthy. With that said, Big Brother started last night! My first impressions of the house guests varied, widely, and I'm looking forward to watching the season play out; fingers crossed that it doesn't turn into a giant snooze-fest midway through. You know, like it has the past three-out-of-four years or so.

I read a lot of dark and twisty stuff this month, including My Lovely Wife, which I highly, highly recommend... 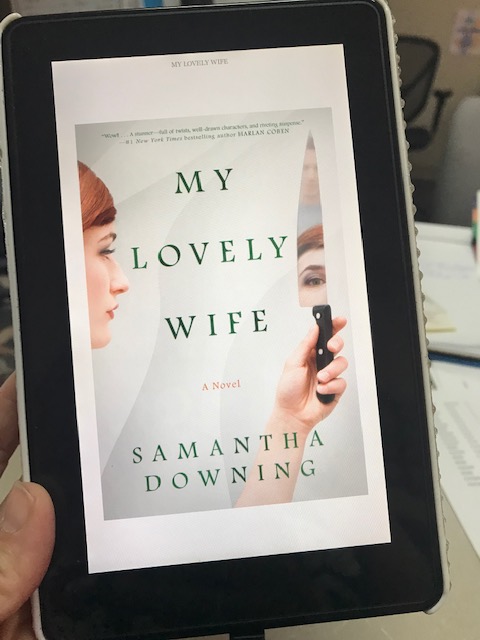 and Jane Doe, which was also entertaining and recommendable. 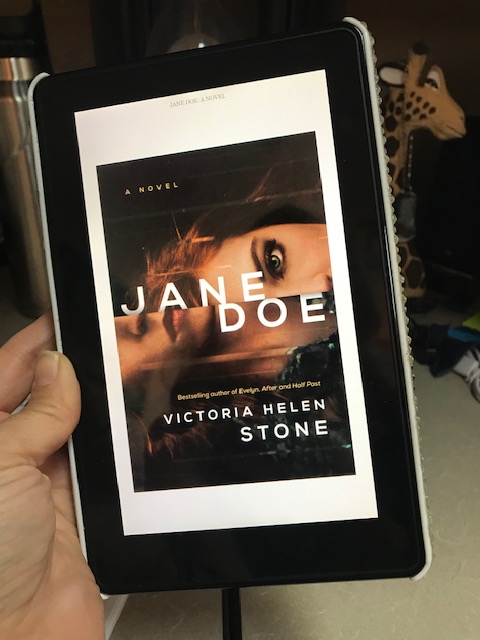 I am currently reading The Summer of 69, because it wouldn't be summer without an Elin Hilderbrand title in the mix. 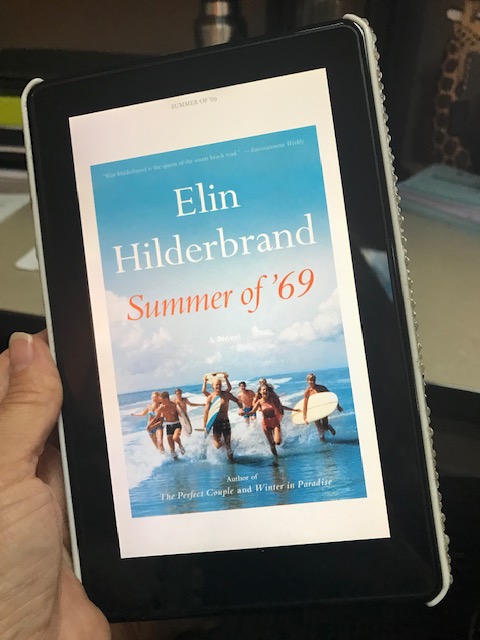 At the moment, I am listening to the irritating noise produced when the Boomer Dog chews on his squeaky ball. I have no idea how he found it; I thought I hid it pretty well this time.

Layers! Never know what the weather is going to throw at you here in Colorado. It's June, you say? Mother Nature, she no care about your calendar! Freezing temperatures and snow? Sure, why not! On the bright side, when the sun does bother to shine, and the rain doesn't threaten to fall, I wear cute shoes! 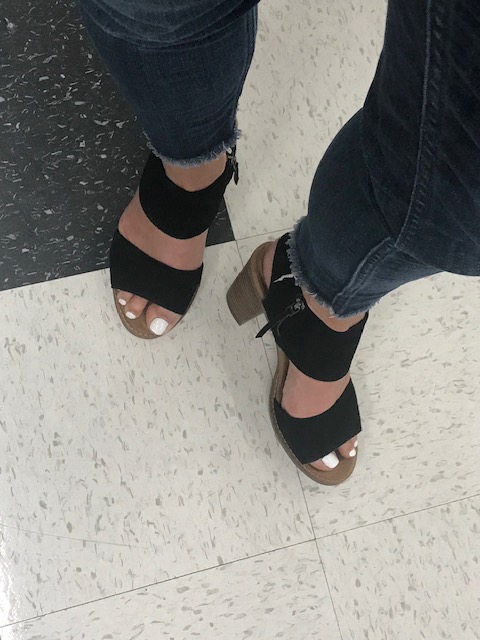 Hugh is headed over the mountain to Mayberry to attend a wrestling clinic. While he's there, he's going to swing by Mom's, to install her new security system. Meanwhile, back on the ranch, I will be keeping the hardware store up and running and making sure that Boomer never goes without a game of fetch.

Oh, I'm also going to a Lavender Festival with Co-worker Erin and Former Co-worker Kristi, because; all work and no play makes Chelle a grumpy, grumpy asshole, and we can't have that.