I find it very hard to believe that it's already the middle of June; the summer is whizzing past at an alarming rate. I'm beginning to doubt that we will ever get the boat on the water or that I will accomplish any relaxation, whatsoever.

Do you hear the tiny violins playing? Cripes sake, Chelle, pull it together!

Life lately has included a few relaxing evenings on the porch, where I like to sip a glass of wine while scrolling through social media on my phone. I'm loving the new curtains, and, this view is about as close as I'll ever get to the sensation of living inside a Genie's bottle, so, I'll take it. 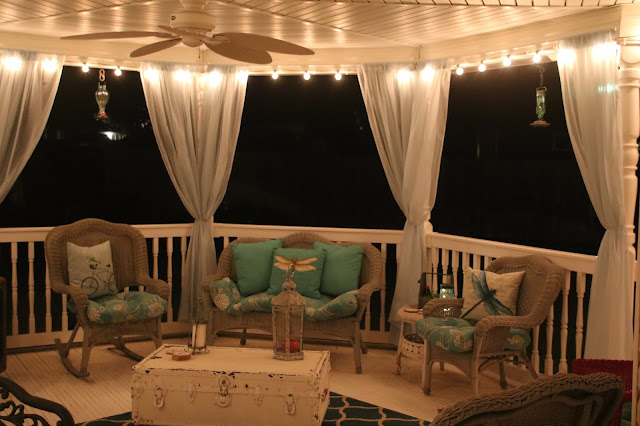 While I'm relaxing on the porch, Hugh is usually hanging out in his "Man Gazebo". Don't look at me that way; it's a real thing! It's like a She-Shed only far less cool and not generally used for crafting. Men don't tend to dig crafting. 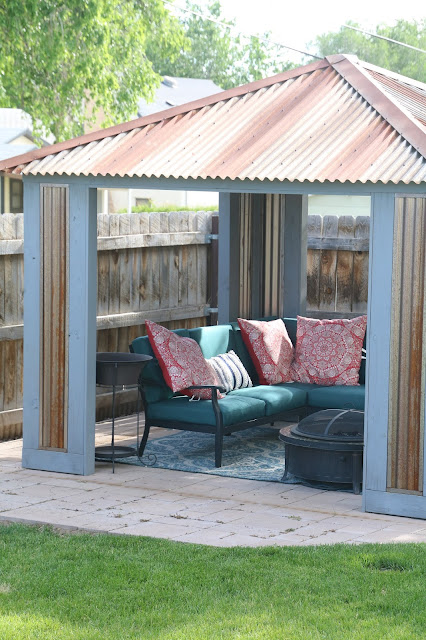 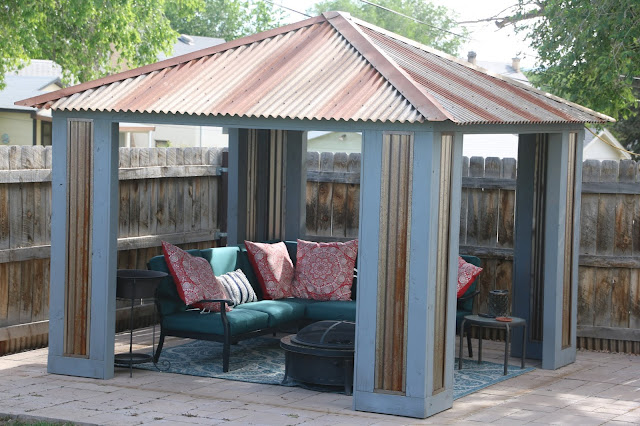 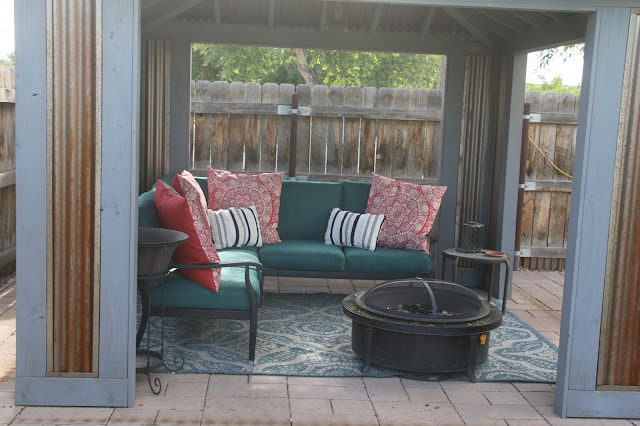 I got him new furniture for Fathers Day, and, he is really loving how much cushion real estate he has to stretch out on now.

He especially enjoys using the fire pit at night, with a bottle of beer and a movie fired up on his iPad. 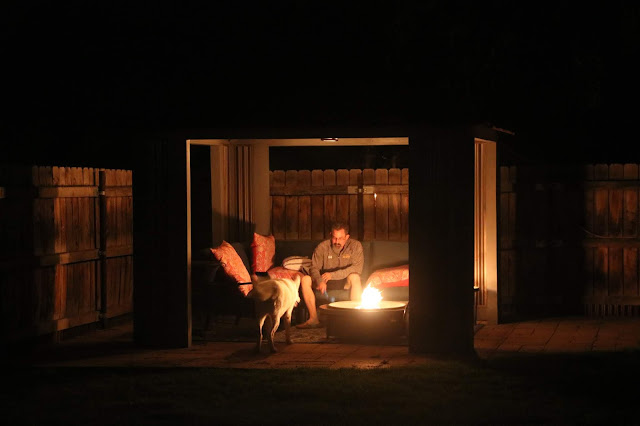 In other relaxing pursuits, I went mini-golfing with my coworkers the other day. There was a smaller group of us this year than last, but, we managed to have a good time, anyway. 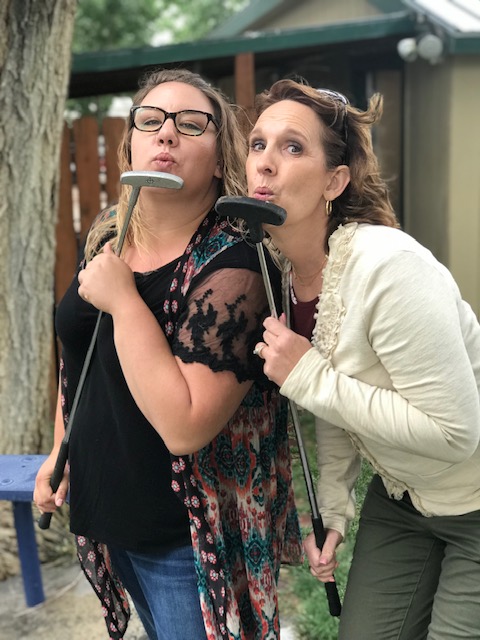 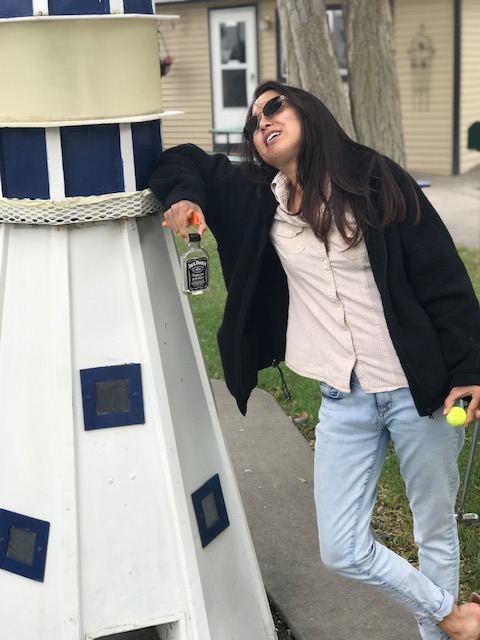 This tiny bottle of Jack Daniels was perched on the rim of the lighthouse and we could not resist. The photo op, not the alcohol; this was a work sanctioned event and we are super dedicated employees (I literally snorted when I typed that). 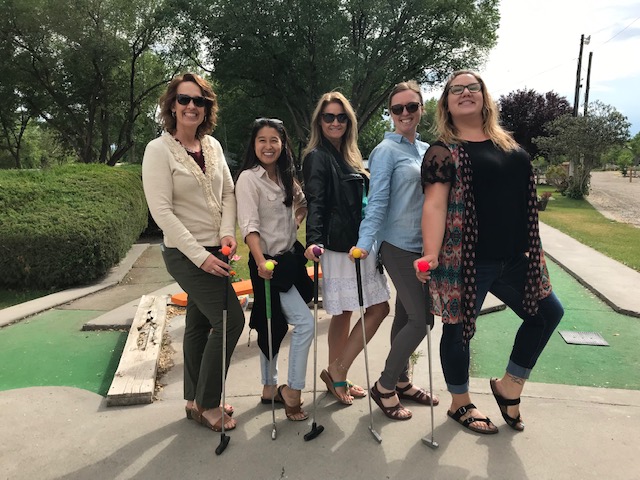 While we were playing, we encountered a duck on the course. Like, a real, live duck... 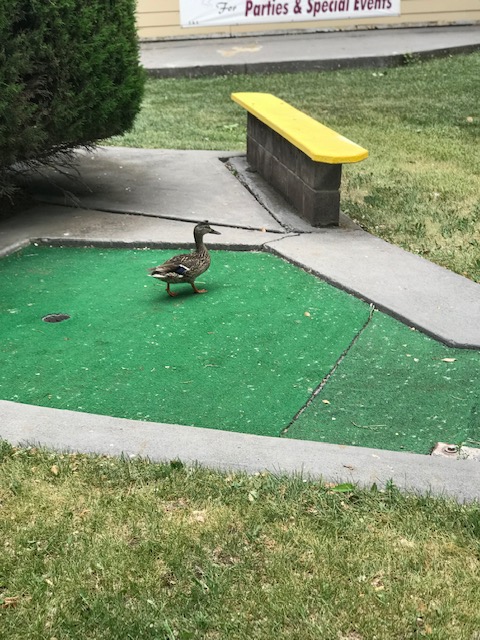 ...one of my coworkers made a shot that went through a course obstacle-I think it was the windmill-and then through the duck's legs as it waddled near the hole. The duck actually kicked the ball into the hole, helping my coworker achieve par for the hole. She was her lucky duck. 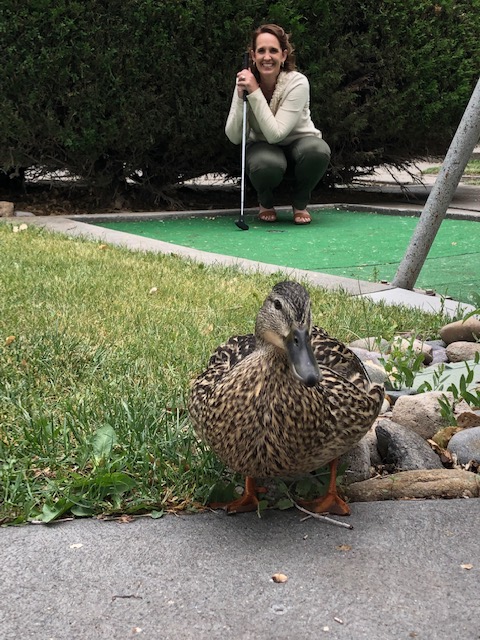 And, I keep referring to the duck as "she", because, a little later, we spied her on a nest in the flowerbeds, warming her eggs. 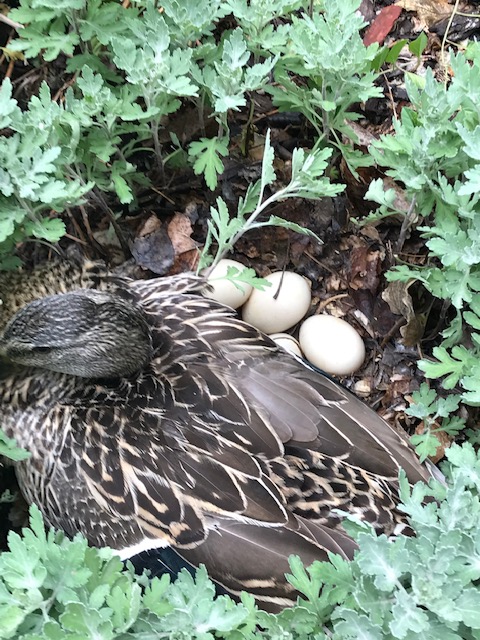 It was pretty adorable, despite the fact that she hissed at us and threatened to peck our eyes out. At least, I think that's what she was saying; I don't speak duck.

I also recently cut the last of my peonies. They put on quite a show this year and I'll miss seeing them from the porch. 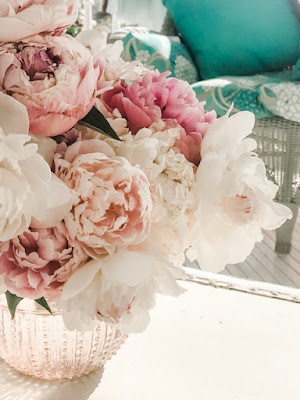 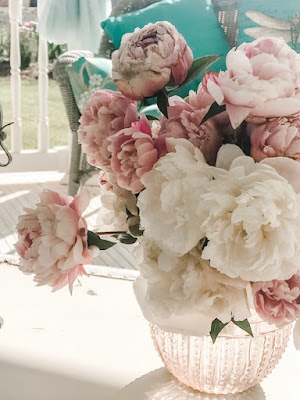 Boomer and I have been hanging out together a lot. In fact, this is how I find him most mornings... 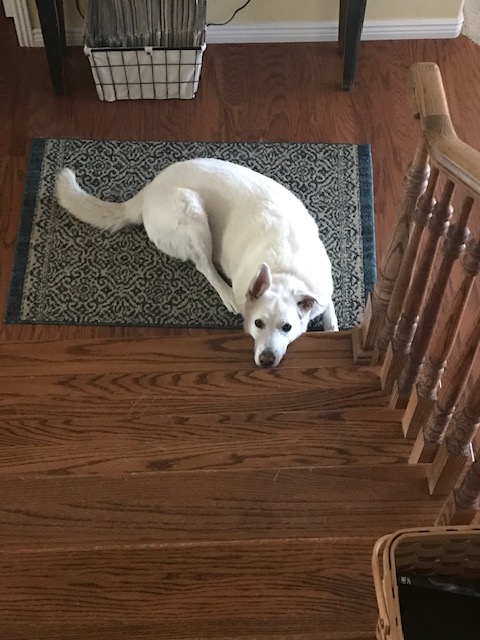 ...waiting for me to come downstairs so we can go outside. He's still ridiculously ball-driven (that's what she said. Sorry, I couldn't resist), and he loves nothing more than to see me reaching for the Chuck-it.

And, that's a little bit of life lately. The excitement is exhausting.