Getting Rich a Quarter at a Time

So, Chelle, how did that yard sale go? Thanks for asking! It went better than I imagined it would on Friday afternoon, when, I was wandering about my house, cringing at the piles of stuff littering every surface... 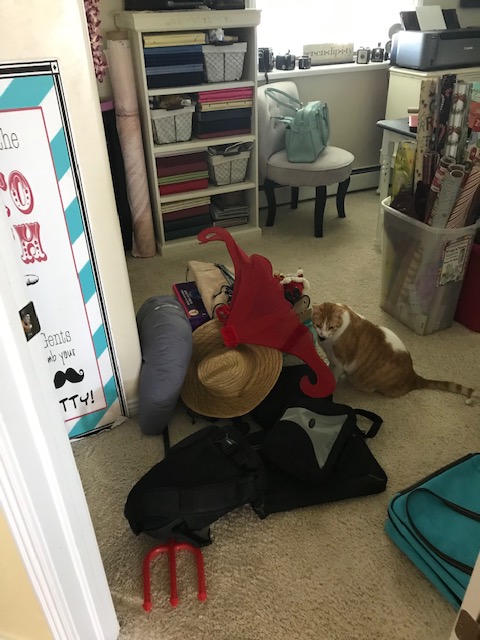 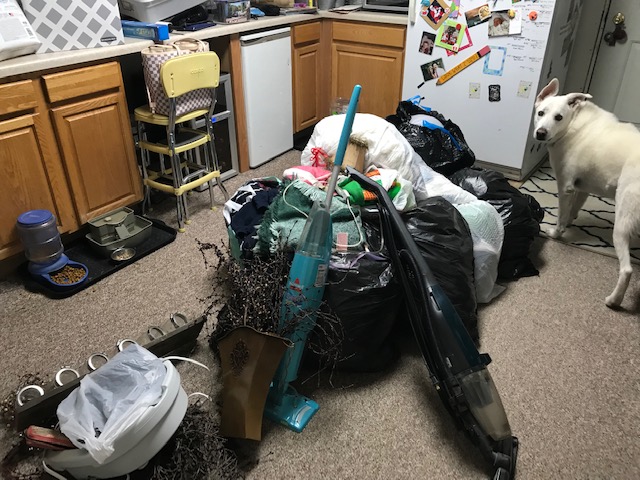 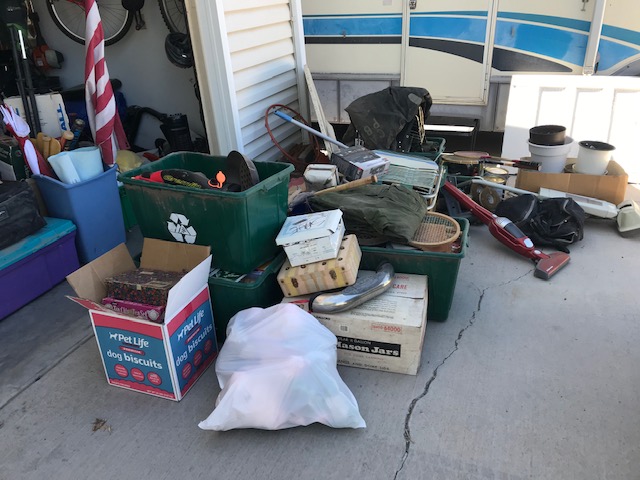 I was thisclose to a mental breakdown when The Lesbians arrived to help sort through all the crap and to talk me down from the ledge. I rewarded them by sending them home with a trunk full of crap at the end of the evening. They seemed happy with the trade-off, and, I hope they think of me fondly when they wind up selling it all at their yard sale some years down the road.

Queen B arrived shortly before The Lesbians left and she took up where they left off, arranging tables, pricing the larger items, and generally discouraging me from throwing my hands in the air and heading for Mexico.

Saturday morning, we were up with the sun; I had barely managed the first sip of my coffee before our first customer hit the driveway, and, it was pretty much non-stop haggling for the remainder of the day. 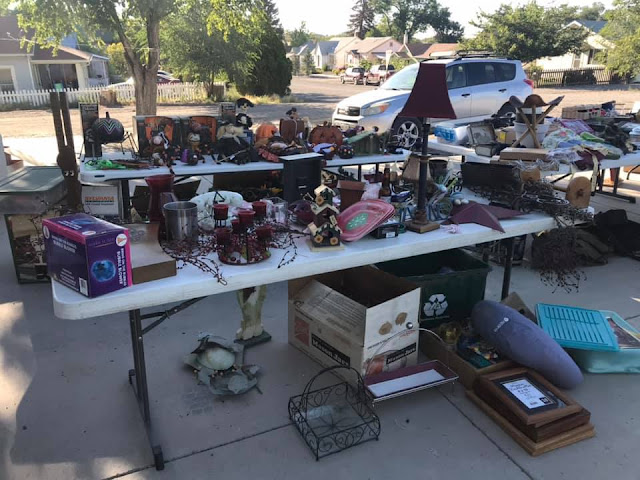 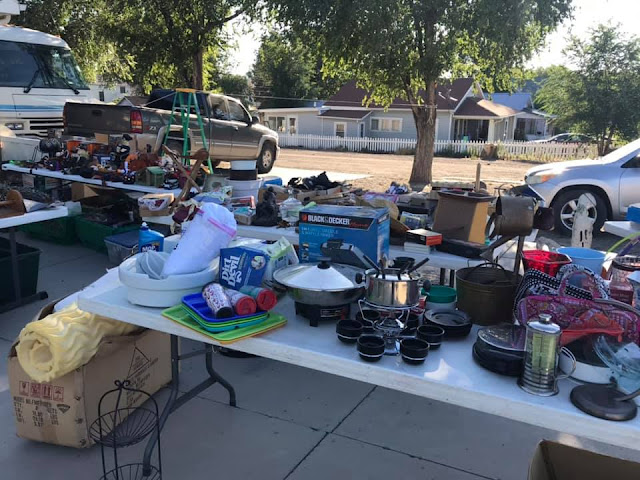 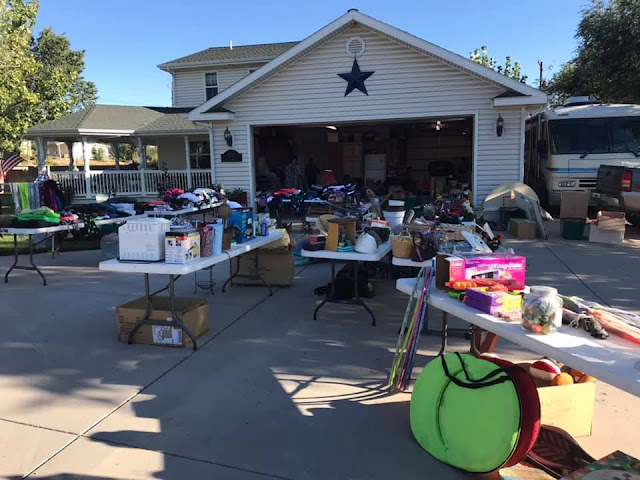 While we were dealing with the masses, Boomer was living his best life; dropping his ball at the feet of every man, woman, and child who came within a foot of him. By the end of the day, he was so exhausted, Hugh couldn't even rouse him from his napping to play their nightly game of fetch.

During the sale, we also attempted to dress him like Yoda, but that was mainly for our entertainment. 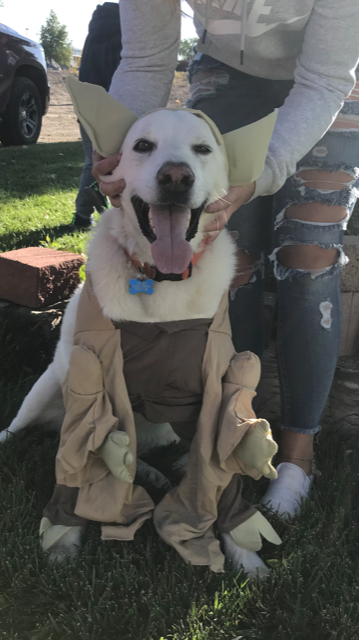 Anyhoodle, by the end of the day, we had gotten rid of quite a bit of inventory, but, there was more than enough left over for a second day, so, we hauled it all back out again on Sunday. I was sure we would have a slow day, but, to my surprise, we had a steady stream of customers, and, by five o'clock, all that was left of the sale was a small pile of items... 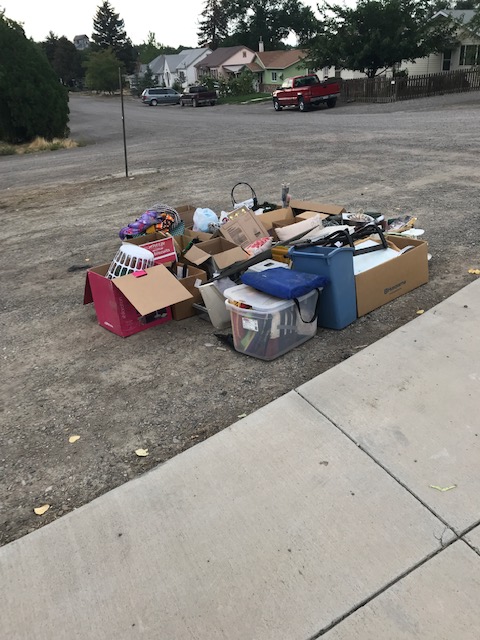 ...which we had hauled off by the local Junk Man, thus named because he makes his living by driving around in an old pickup, scavenging yard sales, landfills, dumpsters, and alleys, in search of items he can add to his permanent sale, located in his front yard.

No judgment; I was just happy to see him haul away our rejects.

So, I can now say that we finally had that yard sale that I have been threatening/planning/avoiding for at least the last three years. And, we made a little over a grand doing it! Plus, Queen B made about five hundred on her stuff, and, I was able to give away a bunch of nicer things to friends who stopped by, including BCPE (Booster Club President Extraordinaire), whom I haven't seen in far too long, an old coworker, who quit Day Job at least five years ago, and, The Lesbians, as I said earlier.

I also have a clean and organized attic, several empty drawers, closets that are cleared out and ready to be reorganized with my remaining crap, and, a general sense of personal accomplishment.

And, I did mention that we made over a grand, right?

Best part? I don't have to do it again for at least another decade.

And all the hoarders said Amen.