The Best of Baltimore

I got back from Baltimore yesterday, after having spent three days enjoying all of the hospitality that Charm City has to offer. I have to say, the nickname is fitting; everyone I met was utterly charming.

I arrived in Baltimore Sunday evening, after a day spent dashing between flights at three different airports. Once I got to the hotel, I freshened up a bit and enjoyed the views from my room before meeting a coworker I was traveling with for a stroll along the waterfront and dinner at a small Irish pub located just around the block from the hotel. Not a bad way to spend the first evening. 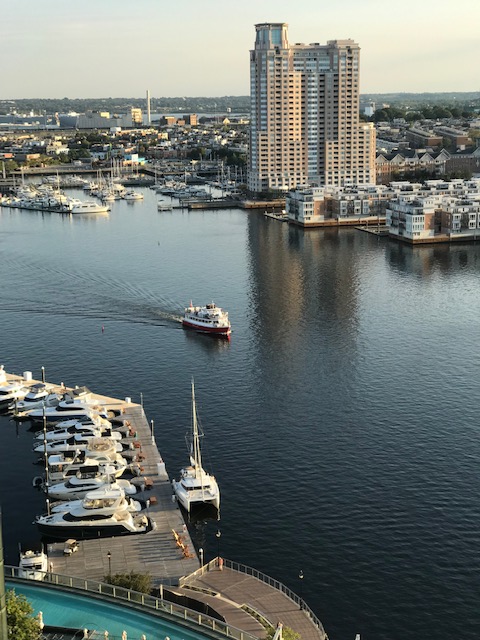 Monday and Tuesday were busy with workshops and sessions, but, we did find time to do a little more exploring of the city, and, I discovered  that one of my favorite parts of Baltimore was Little Italy. 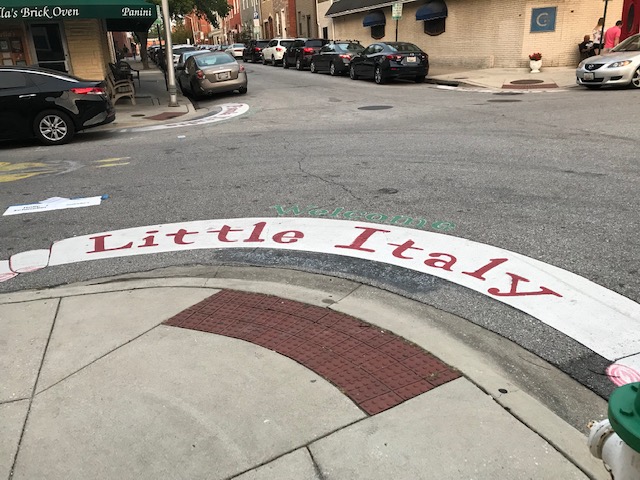 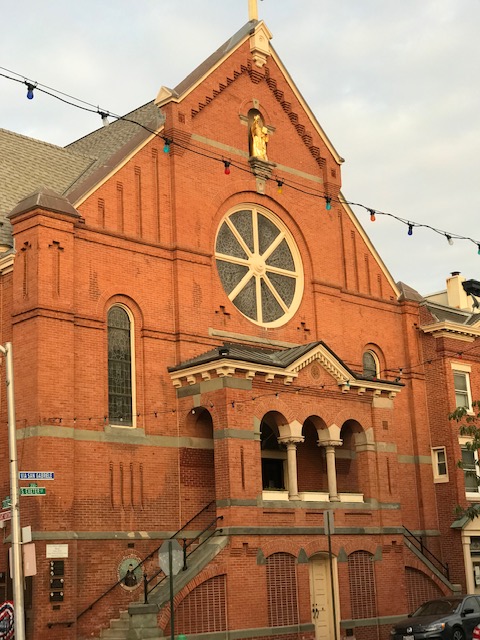 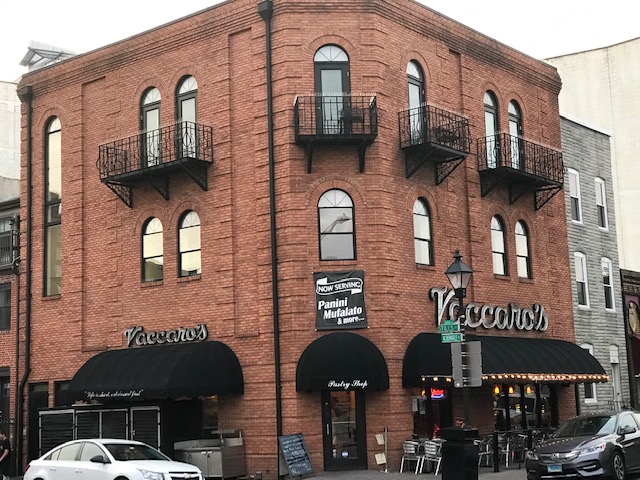 ...a bocci ball tournament being played by a very enthusiastic group of locals... 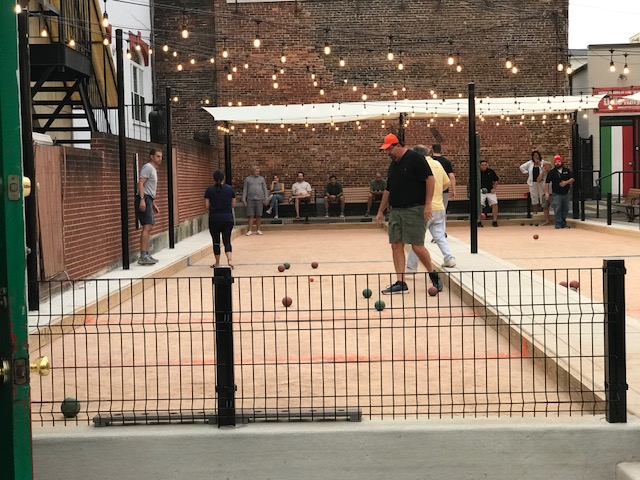 ...and the amazing chalk art leftover from the annual art festival that had been held a week earlier... 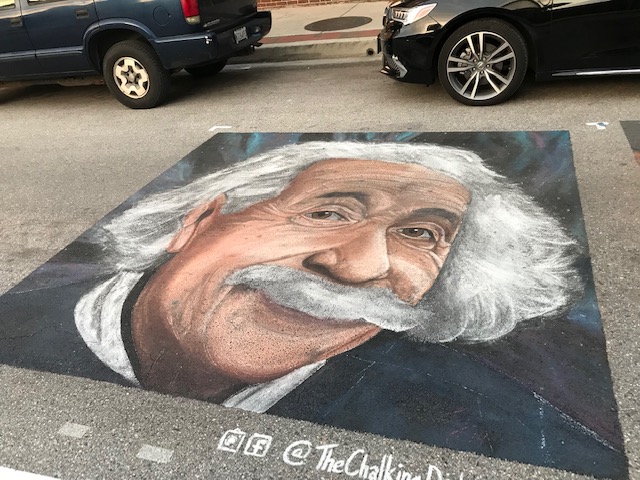 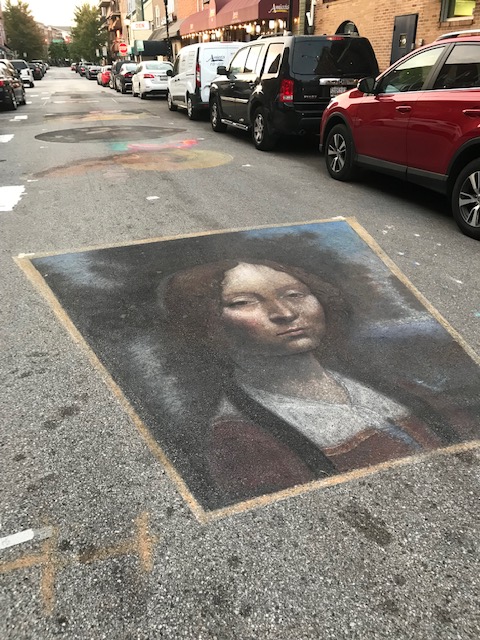 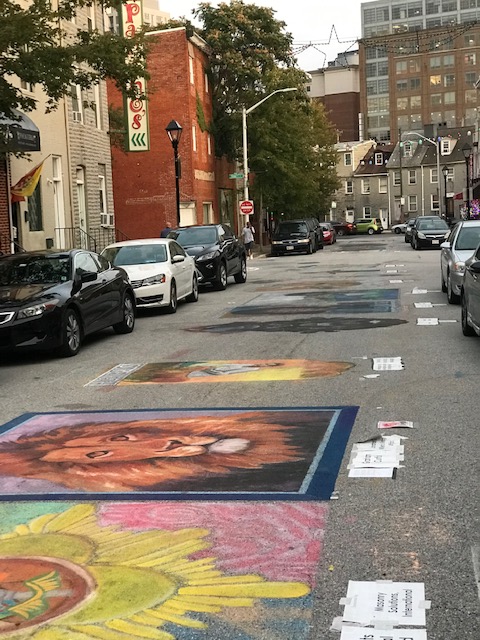 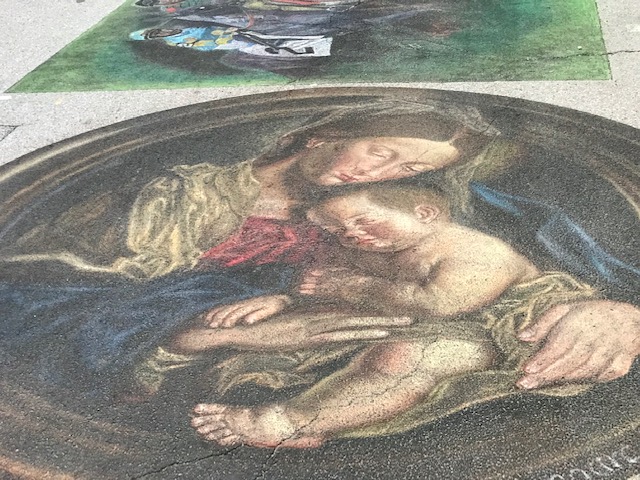 ...we dined in a fantastic little Italian restaurant, called Tagliata, where I had an awesome roasted red and yellow pepper bruschetta and chicken Marsala that was to die for. The waitstaff was entertaining and knowledgeable, and, at the end of the meal, they served us complimentary shots of lemoncello. I had never tried lemoncello before and, now, I'm wondering what took me so long. 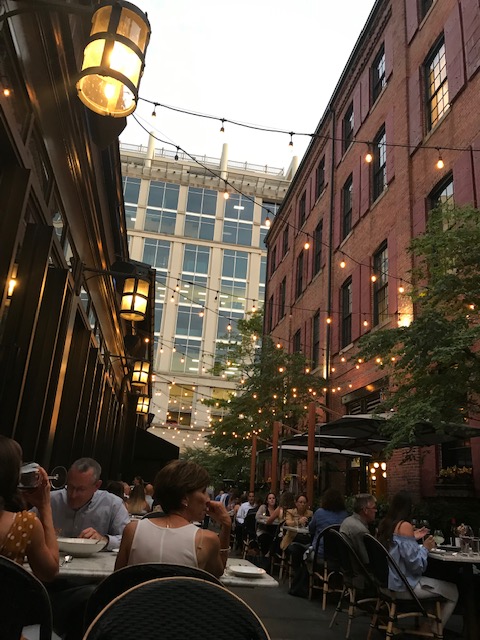 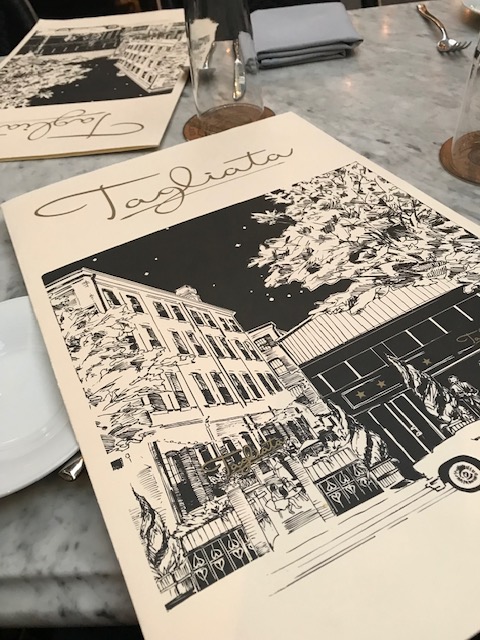 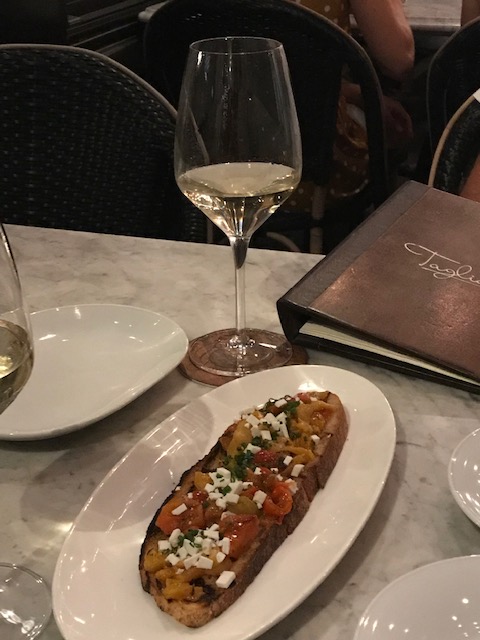 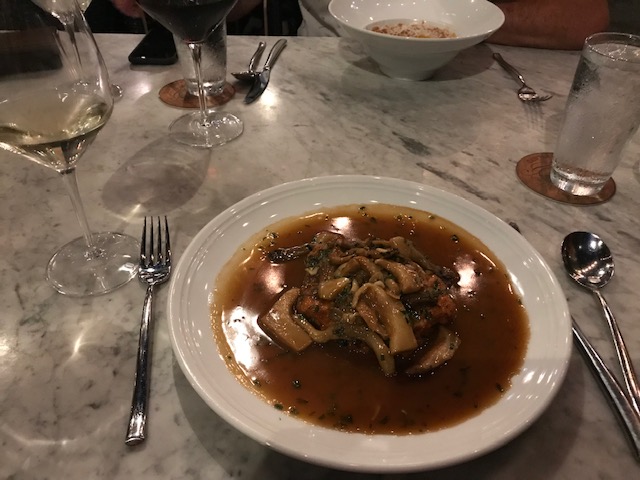 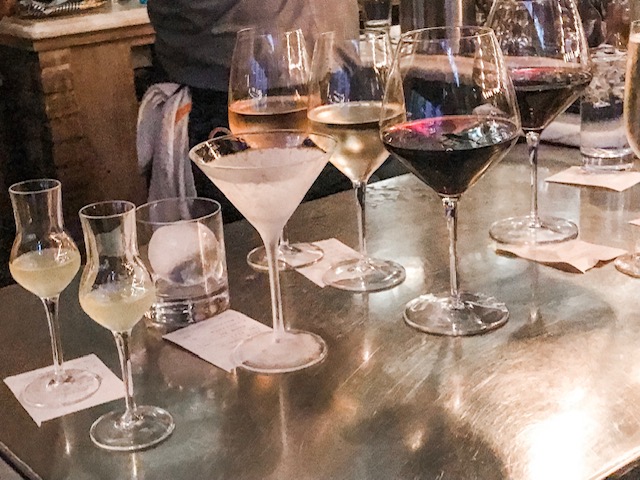 Since I was still on Colorado time, I wasn't tired after dinner, so I walked back down to the harbor, where I spent an hour in my Happy Place, aka: A Giant ASS Bookstore. 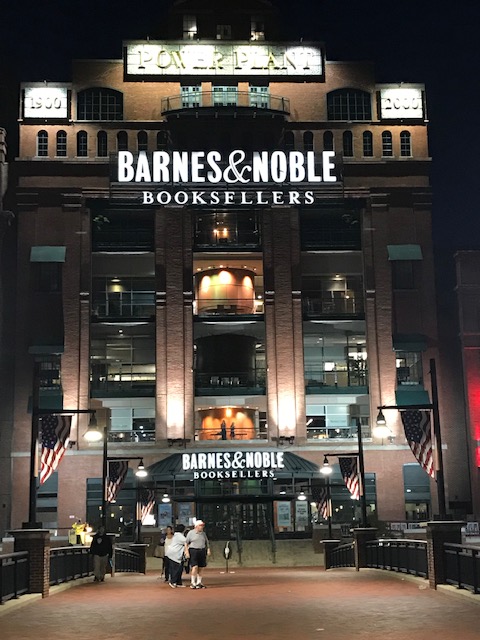 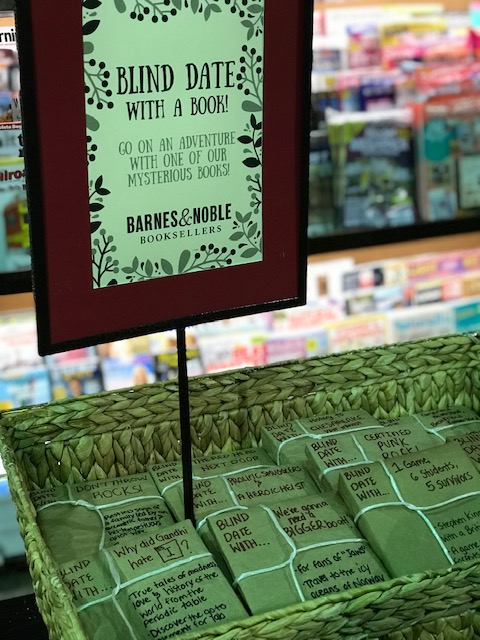 I had visited this Barnes & Nobel two years ago while I was at the same conference, and I was itching to get back there, so, thank you, insomnia!

Tuesday, following our sessions, my coworker and I hopped at train to DC for a tour of the Holocaust Museum, but, that's a story that deserves its' own post, so, instead I will talk about dinner, which was at a soul food restaurant that my coworker had been raving about since eating there a few years earlier. He was psyched to go back. Like, psyched. So, we went to a somewhat sketchy side of town for a meal that was....underwhelming.

Not terrible, just...underwhelming. Like, even the coworker admitted that it was not really as great as he had remembered it. So ,that was a bit of a bummer, but, when else am I going to be able to say that I spent $24 on a big 'ol pile of kale? 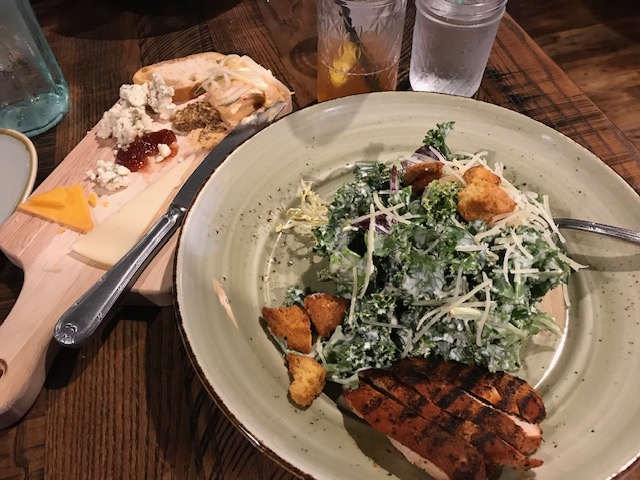 (at least the cheese board was tasty)... 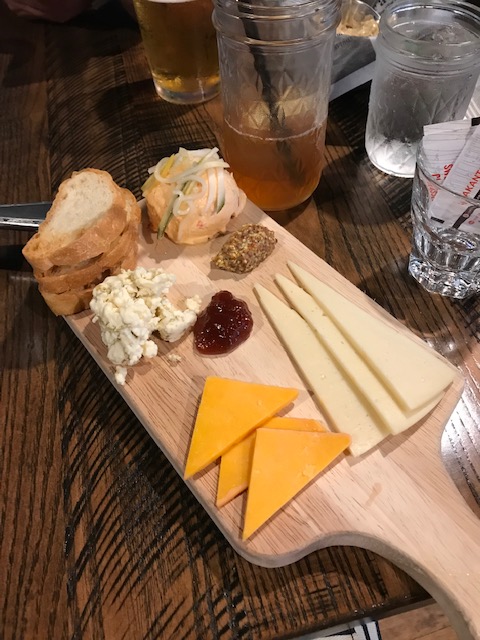 Anyhoodle, Baltimore, you rock!  And, despite the President's concerns, I can truthfully say; I didn't see a single giant rodent the entire time I was there.

That would not have been charming.