For it being her first time to carve a pumpkin, I have to say; the Rodeo Princess wielded the knife with the precision of a pro! But, we'll get to that part of the story later. First, allow me to set the scene:

Despite having a perfectly good kitchen table, Hugh insisted on setting up our old folding table in the mudroom. He surrounded the table with our ancient folding chairs, dragged the large trash barrel in from the garage, and covered the table with sheets of yellowing newspaper from a stack that we have been slowly working through since we had an actual subscription to the local daily. The setting was straight out of every picture that I have of every year that we carved pumpkins when the kids were small. History repeating. Tradition. Call it what you will; it felt good and right. 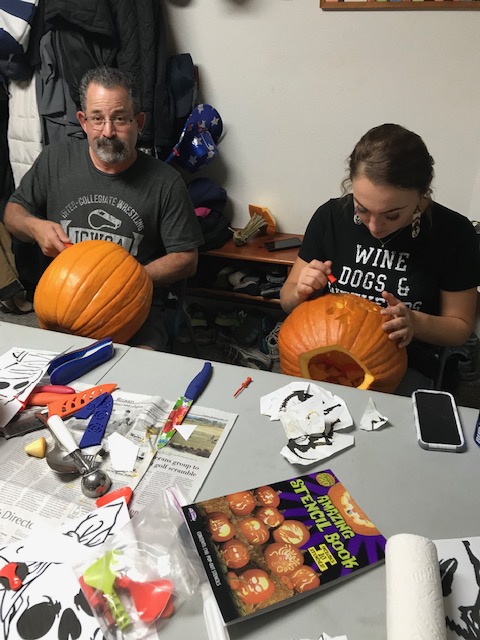 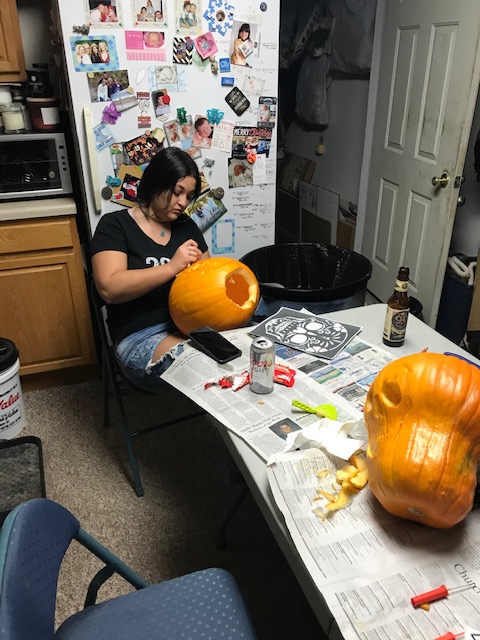 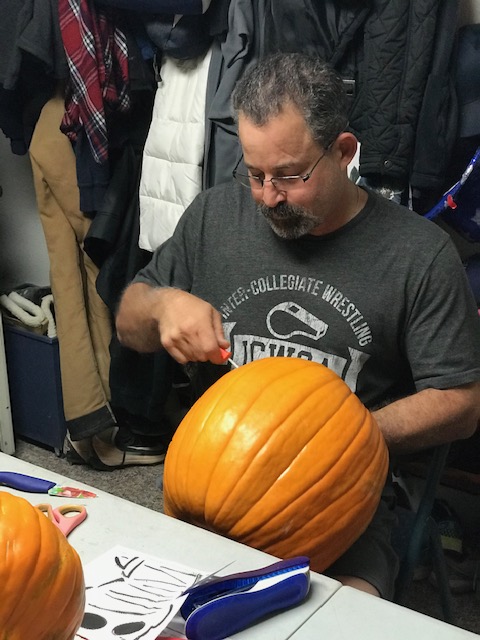 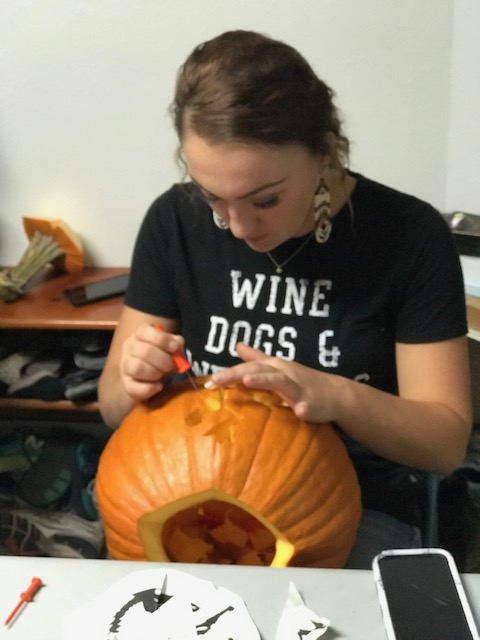 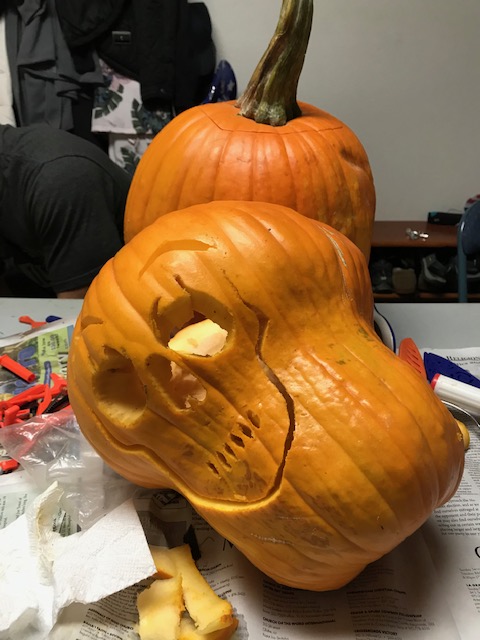 So, of course I did my part by roasting the pumpkin seeds salvaged from the cavities of each of the four pumpkins. And, may I say; this year's seeds were the best I have ever made. They puffed up suitably, have an excellently crispy bite to them, and, are seasoned perfectly. It's the pumpkin seed trifecta. 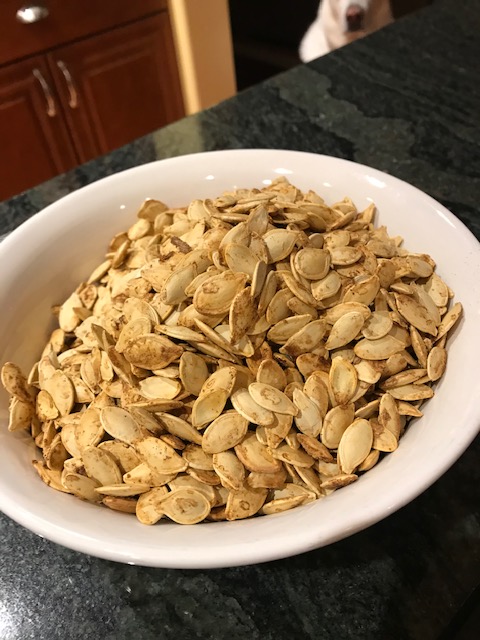 Hugh and the girls loved them so much, I had to secretly smuggle a small baggie-full for the Man-Cub's Halloween care package (details on that coming soon! Hot damn, more blog content! She's on a roll, folks!). That's a sign of a successful seed roast, me thinks.

While the seeds were roasting and the pumpkins were being carved, we listened to my friend Cyn's most recent true crime podcast; she was featuring the true story behind The Amityville Horror, which, was the perfect choice for this time of year and for the carving of jack-o-lanterns. 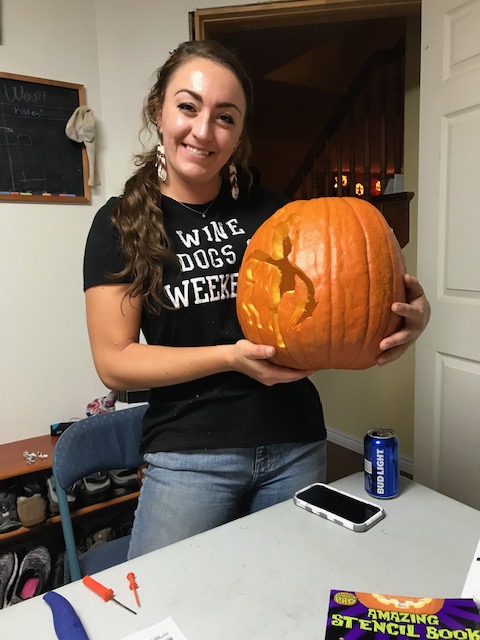 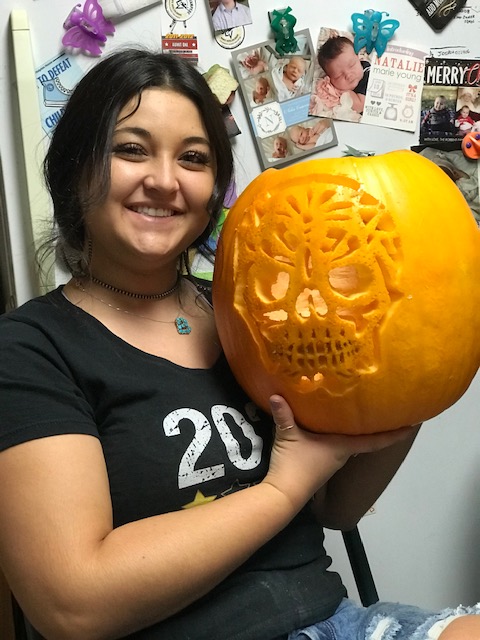 Once the pumpkins were done, we lit them, set them on the porch, and then stood back to watch the girls delight in their creations (we know they were delighting because social media doesn't lie). 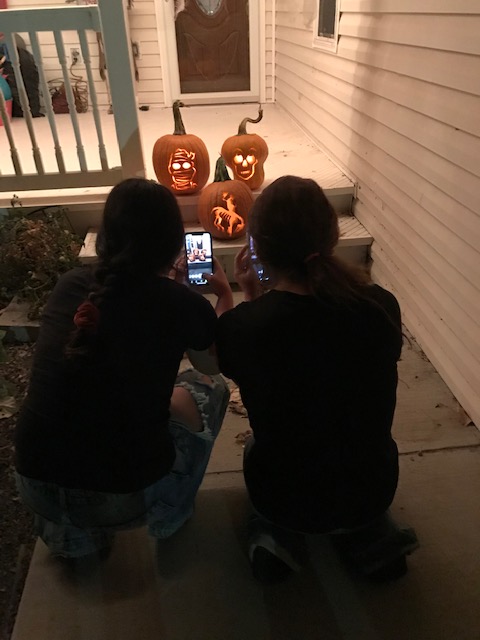 As I said earlier, the Rodeo Princess did a kick-ass job on her pumpkin and I think she had fun doing it. So, not only did I get to spend an amazing day with my girls, but I got to give one of them a chance to do something she was totally gyped out of as a child (her mother and I will be discussing this at Thanksgiving) 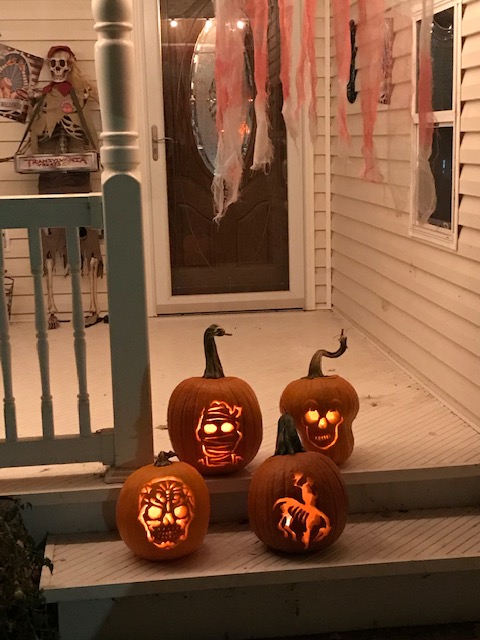 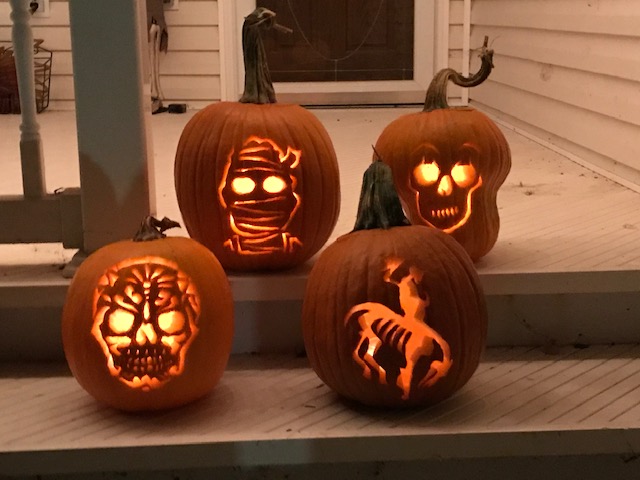 It would appear that the Rodeo Princess was also deprived of the experience of dipping caramel apples, so, guess what we're doing this weekend?