I'm linking up with Holly at Pink Lady today to answer some questions about Spring in the Monthly Musings series that she hosts along with Patty at Good Better Best. 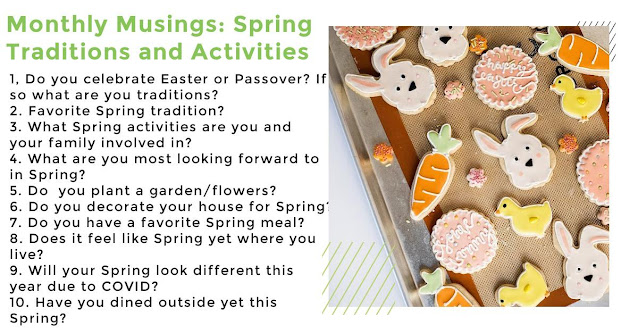 ONE
As a self-confessed Easter/Christmas Catholic, I usually celebrate Easter by observing the Lenten season (I gave up sugar this year. Again). I used to attend Mass, but, in recent years, have fallen away from regular attendance, making me less of an Easter/Christmas Catholic and more of a failed Catholic, in general. There's always next year, though, right?
Other than the religious aspect of the holiday, we do generally still recognize and celebrate the more Pagan rituals of the season, including dying eggs and stuffing candy into baskets. I also usually make a large dinner for family, although, none of these things will be happening this year. Insert sad face here. 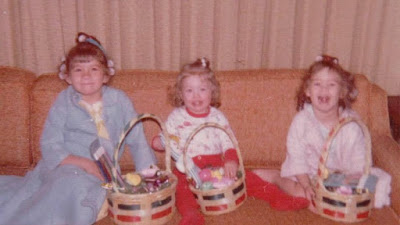 Easter Sunday, circa 1972
TWO
My favorite Spring tradition is the annual Opening of the Porch (yes, I totally just made that a proper noun). This entails power-washing, re-hanging curtains, planting flowers in window boxes, putting the cushions out on the wicker furniture, stocking wine, cheese, and other charcuterie board staples, and throwing out an invitation to the Ladies Who Porch (also just made that a proper noun, thank you). I don't think I am the only one for whom this is a favorite tradition (hence the official title of Ladies Who Porch). 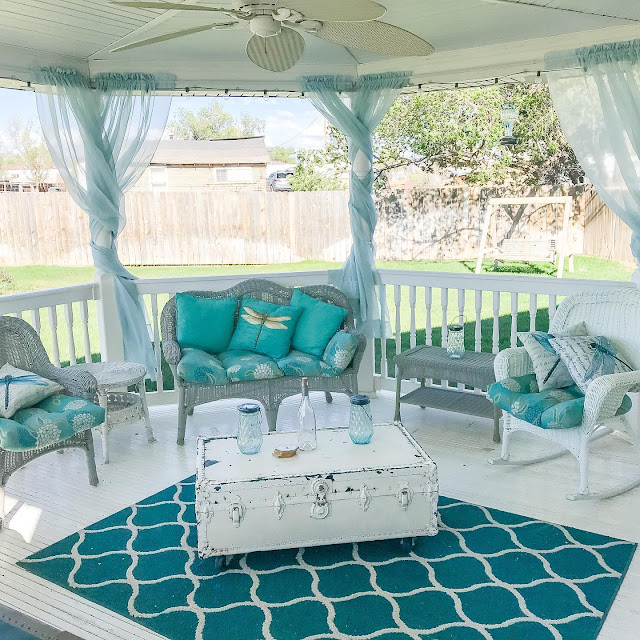 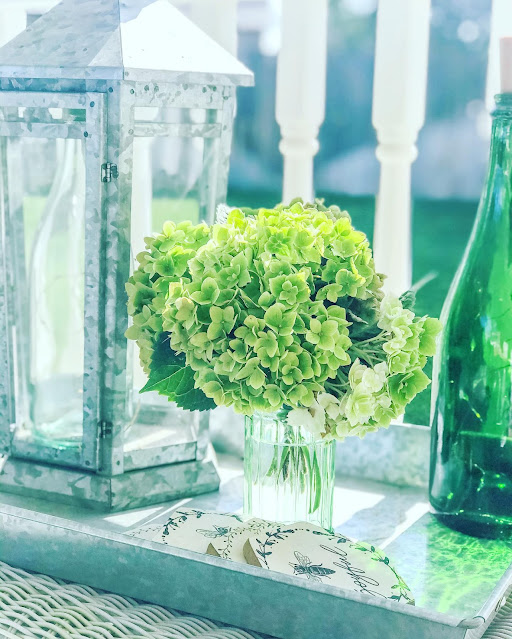 THREE
Since Hugh and I became empty-nesters, we aren't really involved in any activities specific to Spring (unless you count drinking on the porch). We used to have Spring baseball, but that is a thing of the past.  I also used to host a table at my woman's service club's annual spring luncheon, which was an activity I enjoyed; I hope they bring back the luncheon after Covid is behind us because I have tons of ideas for table themes. 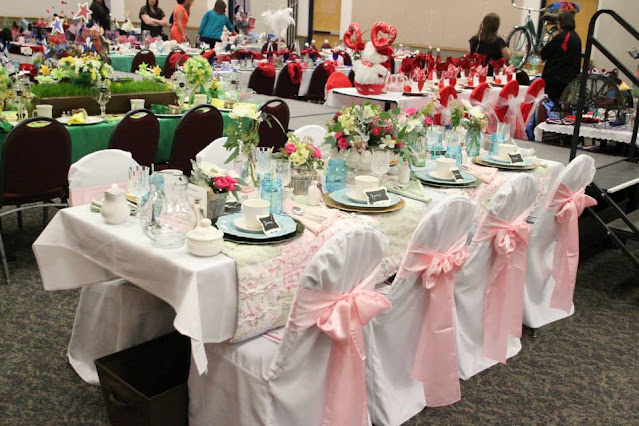 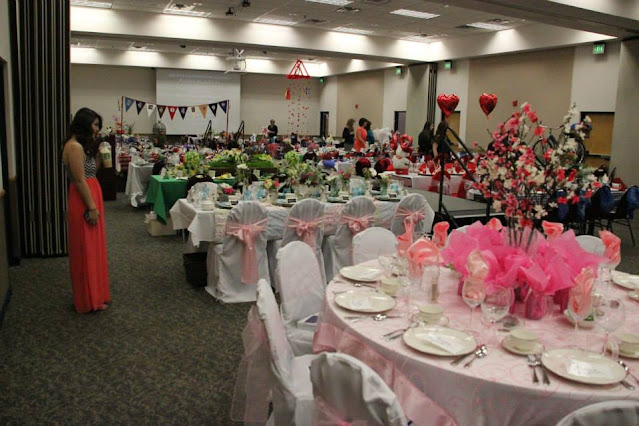 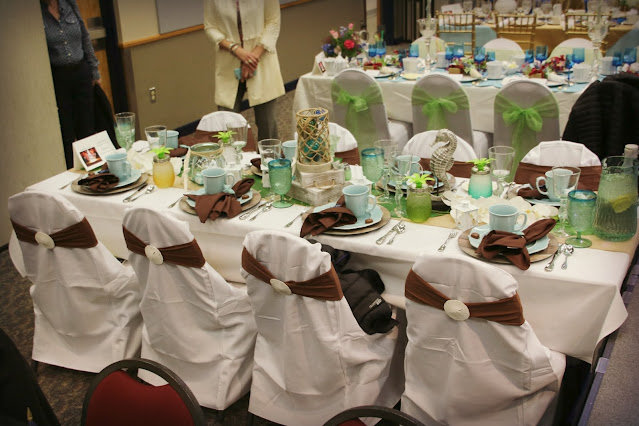 FOUR
What am I most looking forward to this Spring? Would it be beating a dead horse if I said drinking on the porch? Yes? Ok, I am also looking forward to picnics and bike rides and a trip to Texas to see my daughter and niece, and hopefully a Girl's Weekend with my college roomies. I also always look forward to the blooming of my tulips, daffodils, iris, and the lilac bushes that grow in the neighborhoods surrounding Not So New Job. 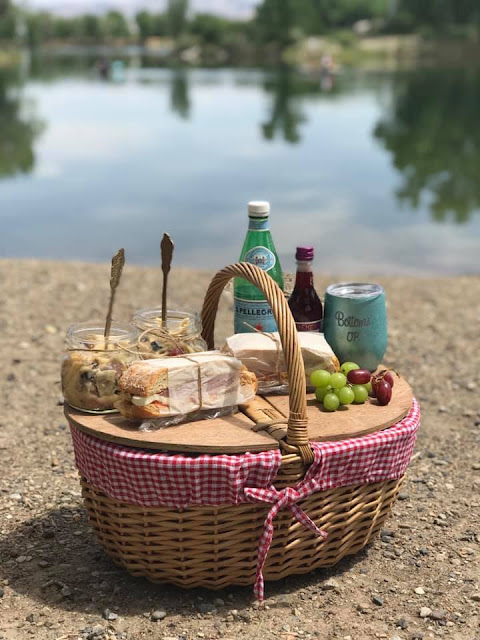 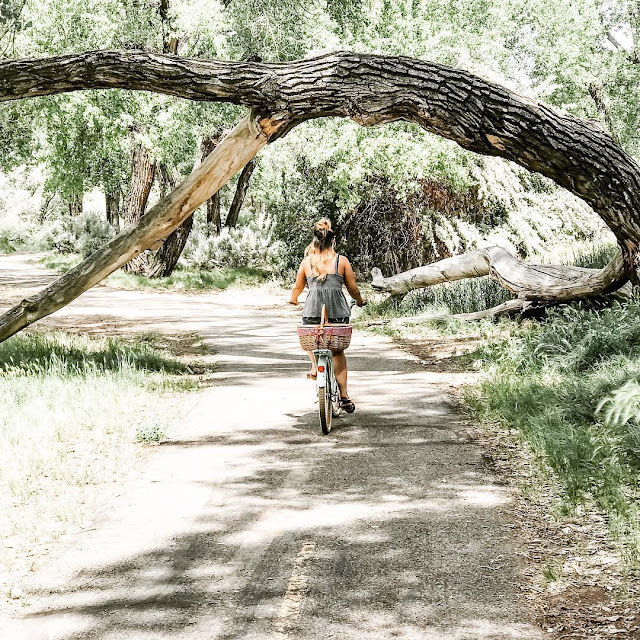 FIVE
I used to plant an enormous vegetable garden, but, won't be doing that this year unless Hugh has time to build the boxes that I want to use. My knees are way too old for kneeling in the dirt, pulling weeds. 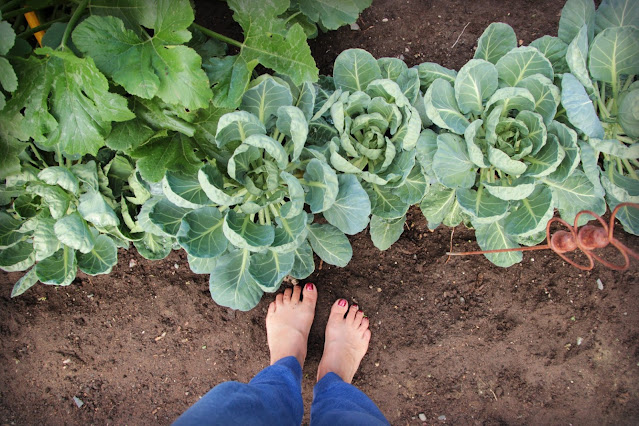 SIX
I decorated my house for Spring clear back in February, so, this is a definite yes. I seem to have a problem with collecting white rabbits (Hugh would have you believe this is a problem, me, not so much). 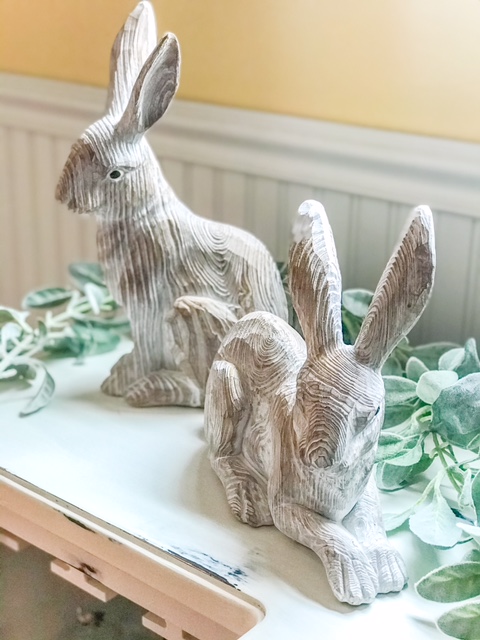 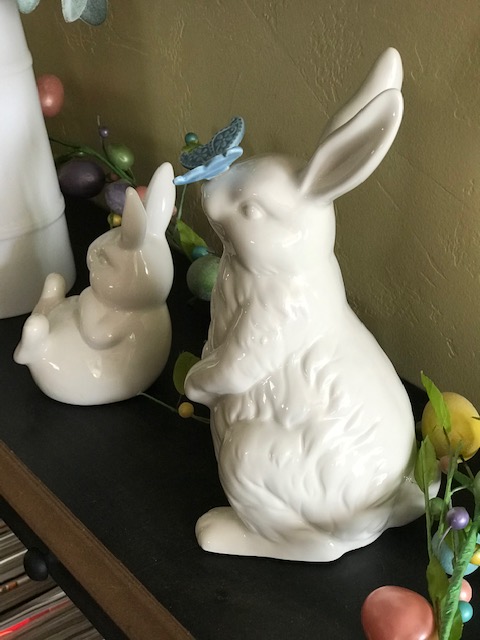 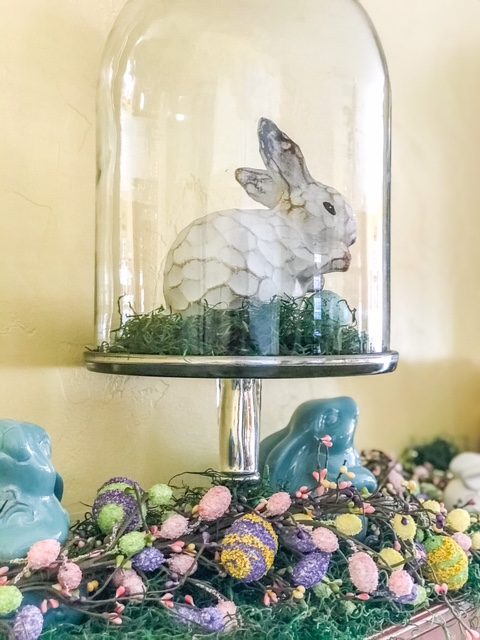 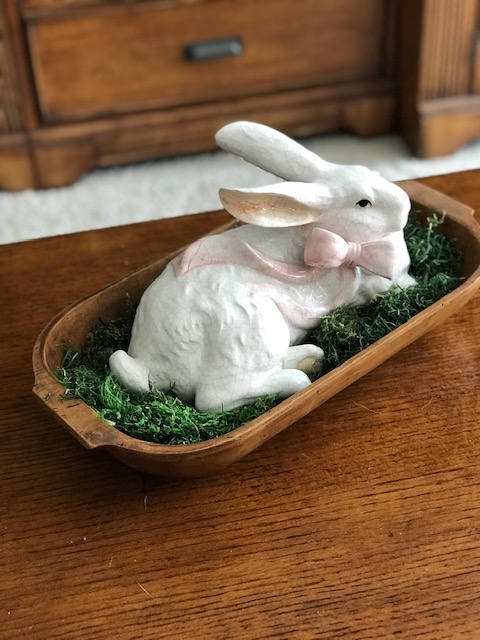 SEVEN
I don't really have a favorite Spring meal, but I do find myself gravitating more toward healthy foods in the Spring for some reason. The exception to this is the Irish soda bread that I make around St. Patrick's Day; that's not exactly healthy (but it sure is delicious).
EIGHT
Spring in Colorado is a total crapshoot, weather-wise; could be sunny, could snow. Might rain, could be windy; who the hell knows?
NINE
I don't think Covid is going to impact us that much this Spring. Our state is starting to open up but our more rural area has been pretty open for a while now, so, with the exception of  restrictions around traveling by air; I don't anticipate much of a difference (still flying to Texas, regardless).
TEN
I actually dined outside at a restaurant in Neighboring City a few weeks ago. As for dining on the porch; that will happen just as soon as I get it opened up. I mentioned that it's almost Porch Season, right?
Yep, totally making that a proper noun, too.
Posted by Chelle at 6:00 AM