Pickin' at the Pea, the Rebirth!

For me, one of the saddest social casualties of the pandemic was the cancellation of an annual thrift show that I started attending years ago. Pickin' at the Pea was an eclectic gathering of thrifters, junkers, crafters, and true artists. Each year the theme got crazier and the merchandise got more and more interesting. It was at the Pea that my Christmas blow mold fascination was born, and where my love of Mennonite Donuts originated.

When the Spring edition of the Pea was cancelled in March 2020, we all consoled ourselves with the thought that the Autumn edition would be even better than ever.

When the Autumn edition was also cancelled, we were bitterly disappointed., but we consoled ourselves with the thought that the Spring show would be even better.

You can imagine our sadness when the Spring 2021 edition was not only cancelled, but we were told the event would not be coming back again, ever; the principal founders of the show had split the sheets and therefore, the Pea was cooked.

Well, it may have been cooked, but not completely. This past Friday, at the Barn Dance, word started circulating that the Pea was back! And, happening the following morning! The Newlyweds, who were volunteering at the Barn Dance, hunted me down to share the news and a plan was formed: we ride at dawn!

Ok, maybe not quite at dawn, but bright and early enough to snag a close parking space and first peek at the treasures. And let me tell you, we were not disappointed! We were greeted with a crazy circus theme, and, would you believe that the first thing I spotted was the ticket booth that Hugh built for my skeleton display last Halloween? He sold it shortly after the display came down but I had no idea to whom. Now, I know. 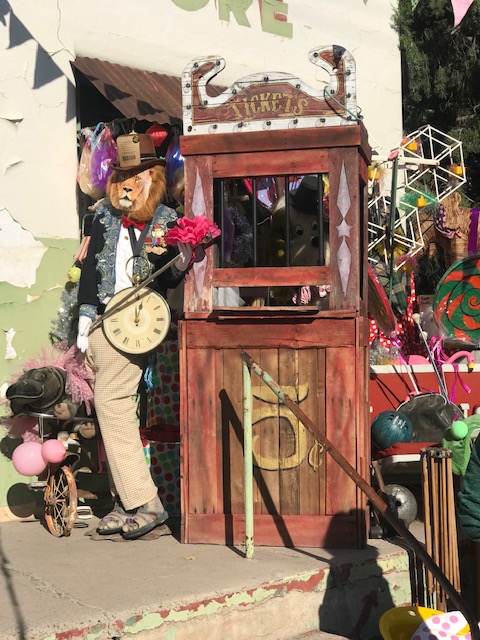 The circus theme was carried out throughout the rest of the signage and displays and, I have to admit, they did a spectacular job.

While I didn't find a single item that I couldn't live without, I did sample the Mennonite caramel cinnamon rolls and I think I may need to break up with the Mennonite Donuts and call the rolls my new boyfriend.

I also got some good pictures, an opportunity to treasure hunt with friends, and a little shot of normality in an otherwise topsy-turvy world. I'll take all three. 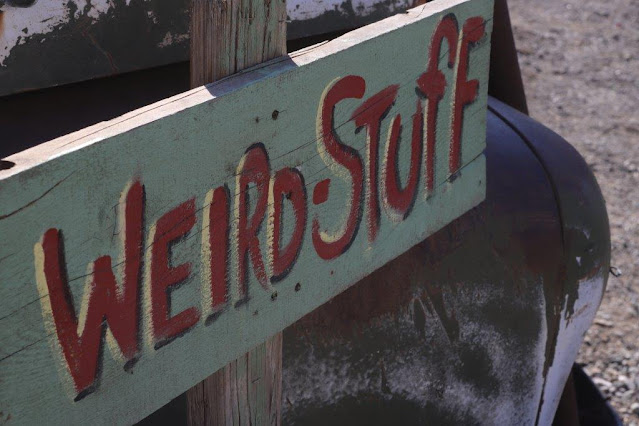 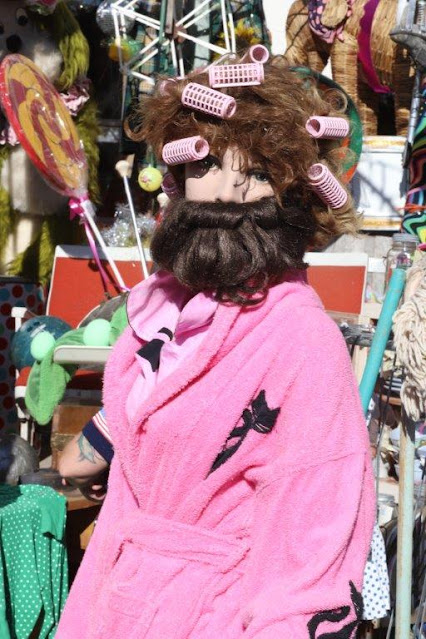 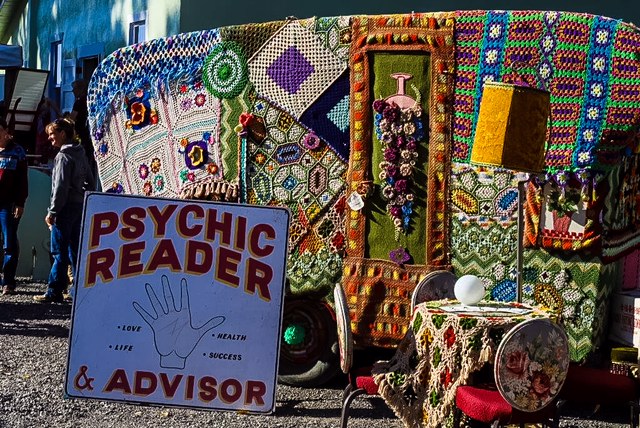 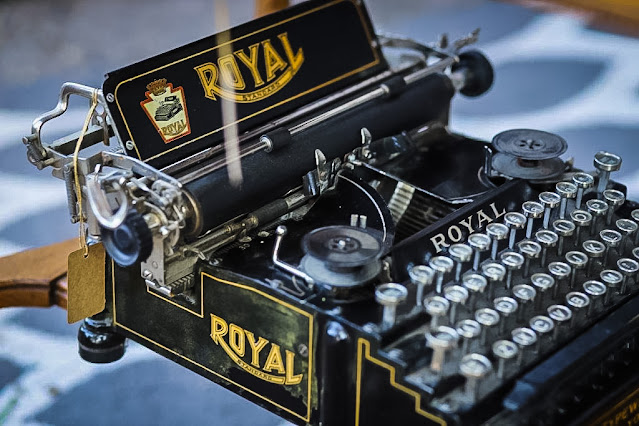 Still kicking myself for not buying this typewriter :( 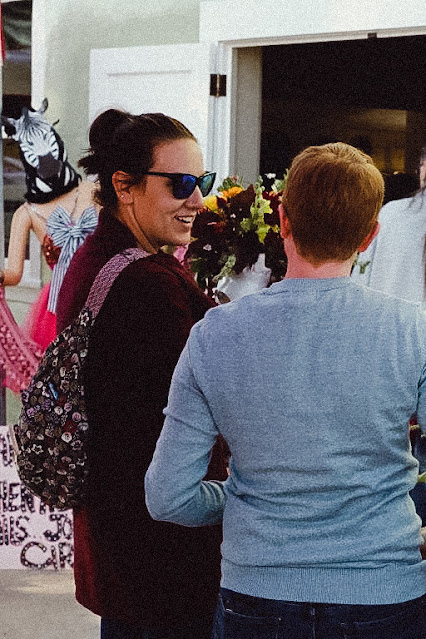 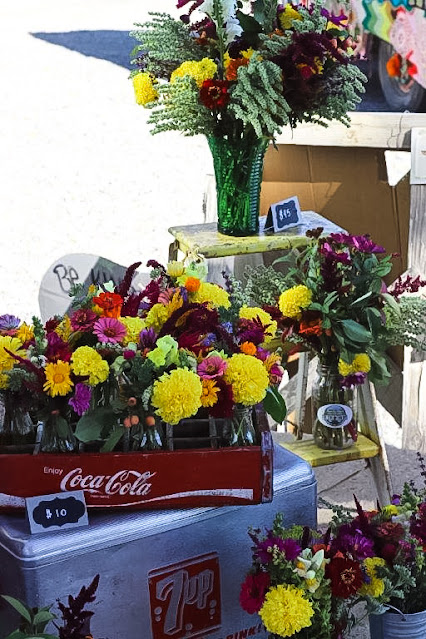 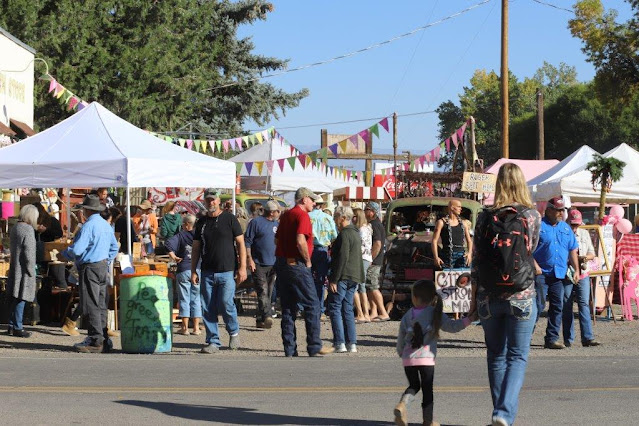 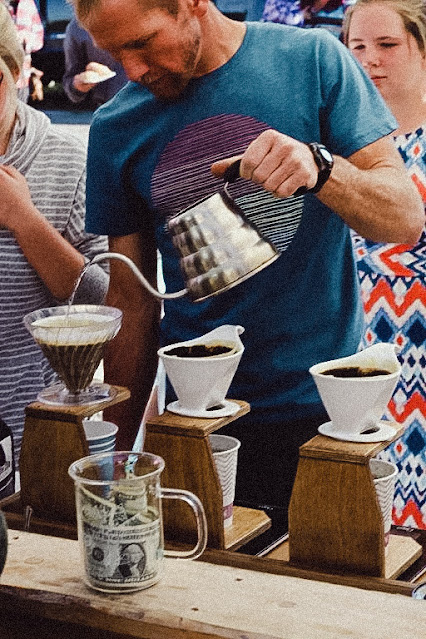 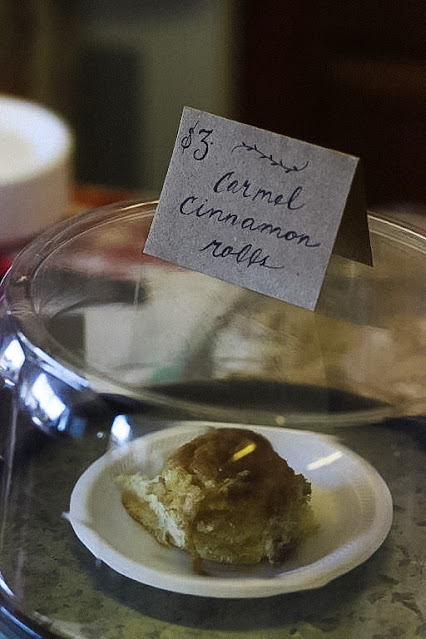 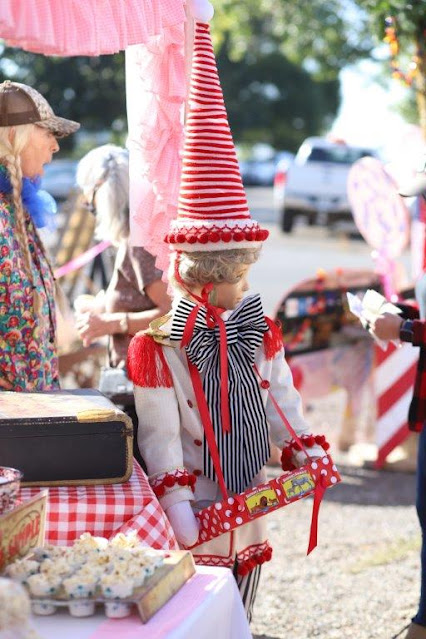