Apple of My Eye

Last weekend, I took a quick break from getting my household in order (I wanted to have everything in place and orderly before I left for Mayberry to care for Mom; I hate coming home to a disorganized house) to join Hugh at the local Apple Festival, being held in the orchard down the road.

Hugh had been asked to judge the apple pie baking contest for the second year in a row and I didn't want to miss an opportunity to get some pictures of the event.

Last year, there were, I think, eight pies. This year, there were only six, but, they were each very, very different, which Hugh said made the judging that much more interesting. One of the pies featured the addition of bacon. Bacon.

Hugh said it was not good.

The winning pie, however, was very, very good. So, Hugh had a great day and I got to spend a while in the sunshine. Plus, Hugh got a gallon of freshly pressed apple cider for his efforts. 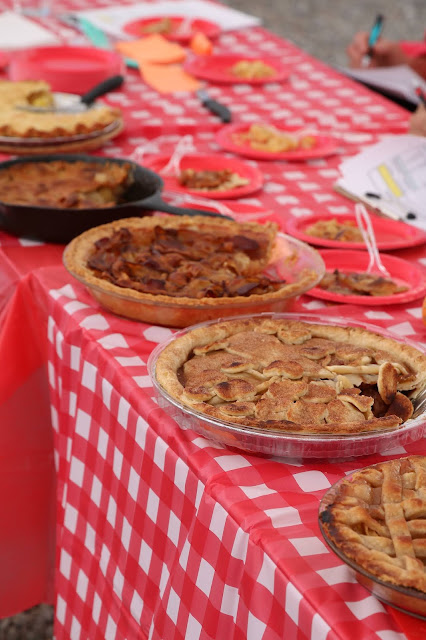 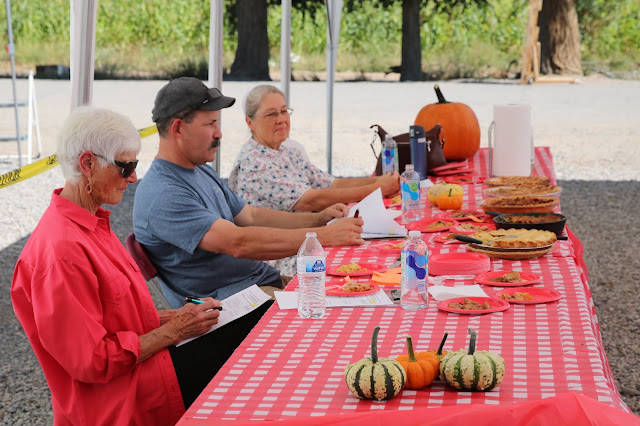 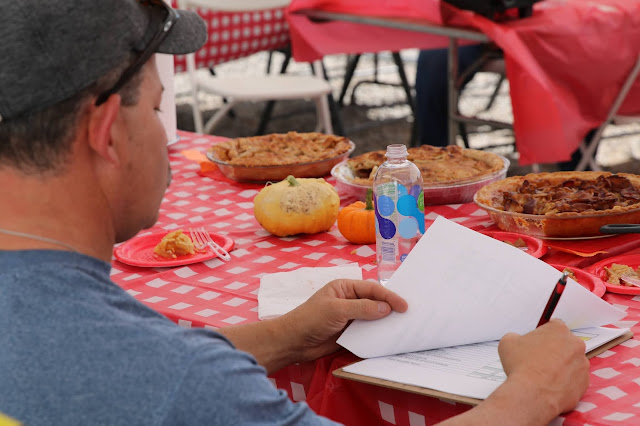