It's officially Hump Day, which means we are rolling toward the weekend. I've been trying to make my weekends more productive lately, and, for the most part, I've had the energy to do so (thanks, modern pharmaceuticals!), I had an especially productive few days this past weekend; managing to photograph my Halloween decorations, clean out my largest pantry, and other household tasks.

I also polished a few new silver pieces that I picked up at an antique store in Hooterville on Friday. I love vintage silver trays-using them in Halloween displays when they are good and tarnished and in Christmas displays when they've been cleaned up.

I have Christmas plans for the three new pieces I got, so I wanted them as shiny as I could get them. I'm also that weird gal who gets a sense of satisfaction from seeing the transformation that a little bit of silver cleaner and some elbow grease can accomplish (I was probably a maid in a fancy house in a previous life). 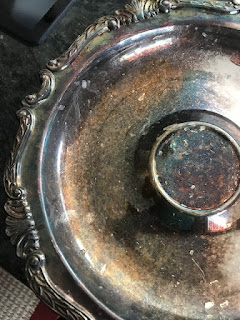 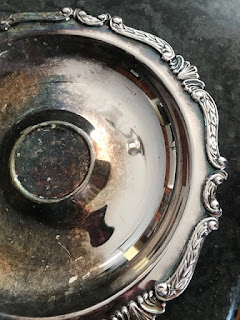 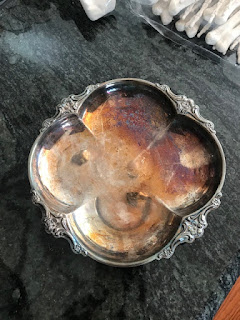 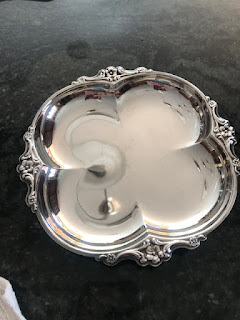 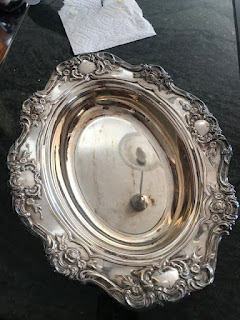 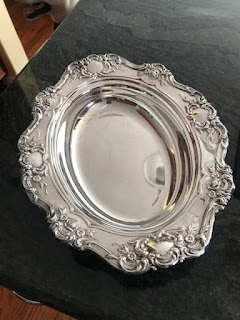 This particular tray was a fun find; it has the previous owner's name engraved on the back. Fancy! 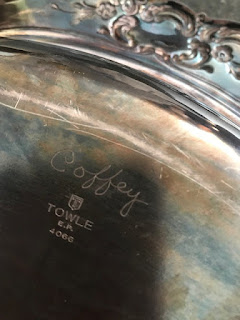 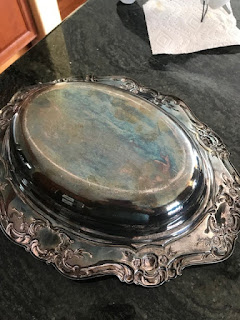 That covers the silver part of the title of this post. As for the gold, that would be the butternut squash pasta sauce that I made on Sunday. I've been trying to make time to attempt a copycat recipe of the Gourmet Dave's butternut squash pasta sauce that I love so much, and, following a trip to the local farm stand, I had the necessary ingredients to give it a whirl. 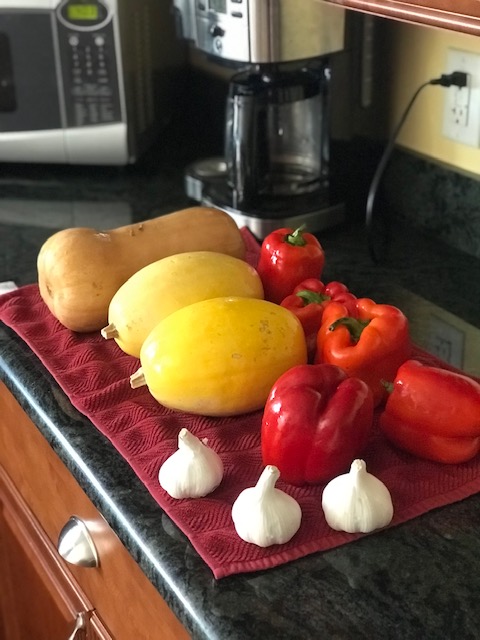 The recipe required roasted butternut squash (obviously) as well as roasted red bell pepper and garlic, all of which I picked up. Hugh grabbed a couple of spaghetti squash, and that is what we served the sauce on. Spoiler: it was delicious. Was it as good as Gourmet Dave's? Not precisely, so I will be tweaking the recipe the next time I make it.
Anyhoodle, this was my first time roasting peppers, so, while the recipe required only a very small amount; I went ahead and prepared several peppers and then froze them for future recipes. 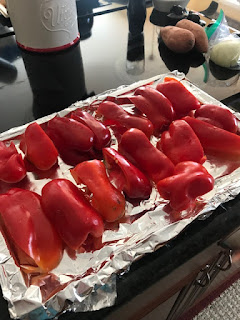 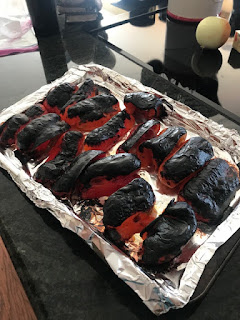 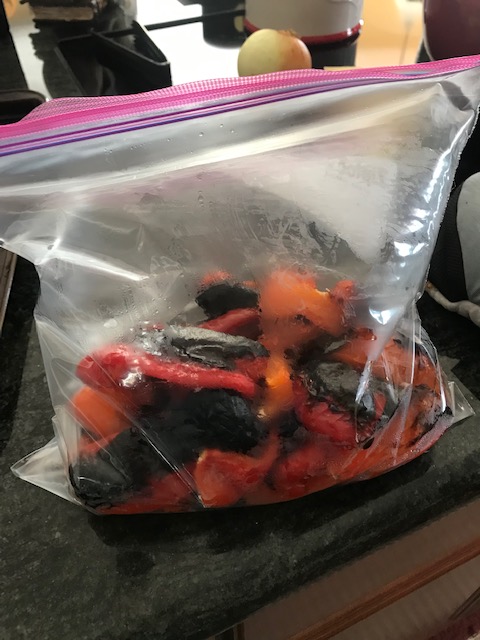 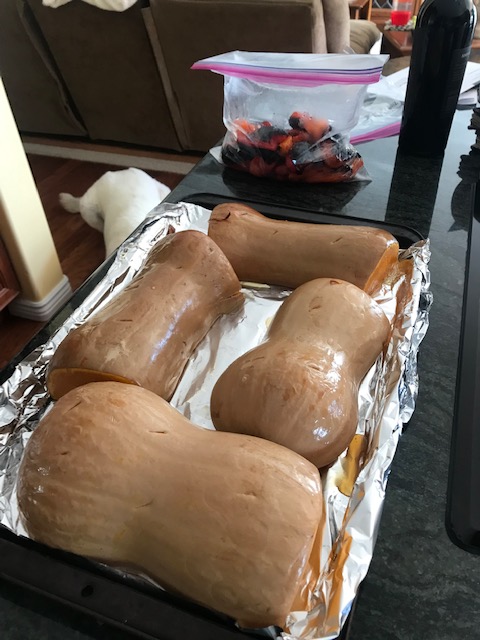 I roasted two squashes, which was also way more than the recipe required, but I have plans to make a nice big pot of butternut squash soup this weekend, so I stored the extra squash in the fridge. 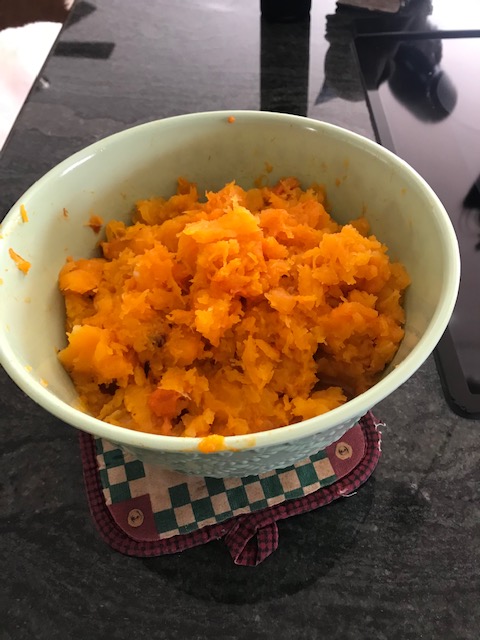 The recipe made enough sauce for our dinner as well as a large container for the freezer. 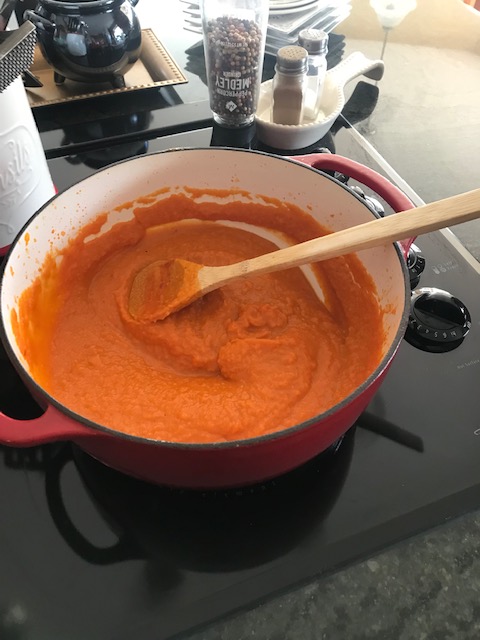 It may not seem like much, but, for someone who could barely get off the couch for the past year or so; it was a huge accomplishment (again, thank you, modern pharmaceuticals!).