I Really Hope You Aren't on Dial-Up

The Man-Cub is officially a teenager, another Homecoming is finally over, and I kept my sanity through both events. Go me.

As I mentioned previously, the Man-Cub requested a simple sleepover with four of his buddies for his birthday celebration. Since all five boys are football fanatics, an evening at the Homecoming football game provided more than enough entertainment. Combine that with pizza, cupcakes and a late night of movies and games on the Wii and on the Cub's new iPod Touch and; the party was more than successful. Indeed, it was super-successful. Of course, we are talking about five thirteen-year-old boys here and, perpetual motion kept me from getting any decent pictures so, you'll just have to take my word for it.

I did manage to get pictures of the last of the Homecoming festivities, however and, you are about to be inundated. Consider yourselves warned. 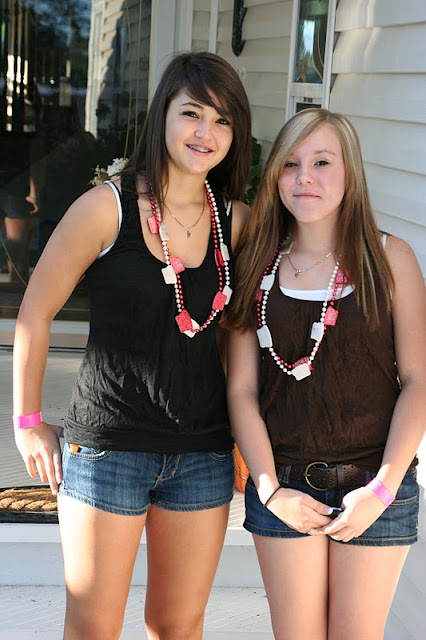 Wow! You girls look...absolutely nothing alike.
...Blue and Gold Day and the entire Sophomore class getting into the spirit by decorating a float for the annual parade... 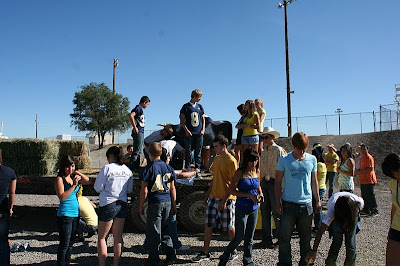 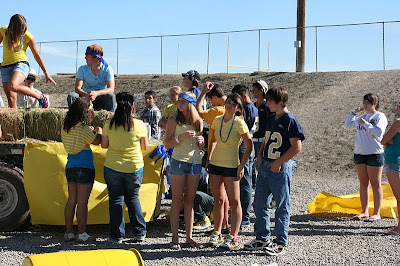 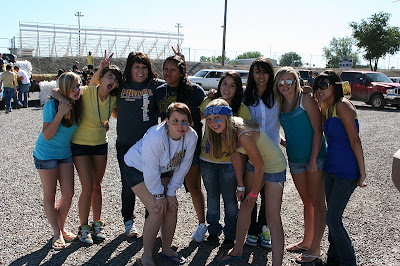 The theme for Homecoming was Stomp the Steers (we played the Longhorns in the football game) and the kids made a valiant effort to create a large football cleat out of half a barrel, some chicken wire, a package of napkins and some spray paint. The cleat was then poised over a large roping dummy generously provided by one of the local ranching families. The plan was great, in theory. 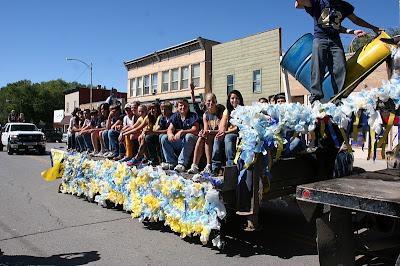 In practice? Yeah, not so much.
That's ok, the kids still had a great time and, since the fix is in (Junior class always wins for Best Float pretty much the way that the Sophomore/Senior Powderpuff team always wins the game: Righteous Cheating), and they didn't expect to win, anyway; they were free to enjoy the ride... 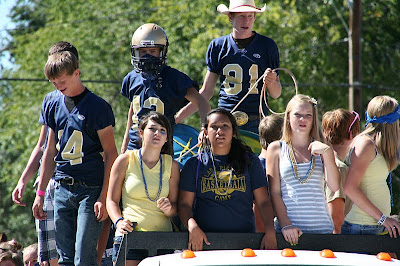 Isn't that your mom? With the camera? 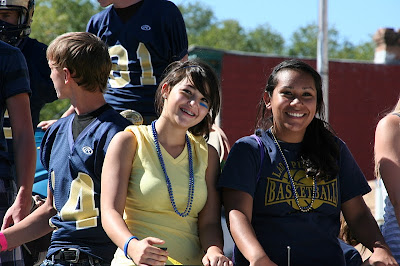 
The week's theme was carried out nicely later in the evening, when our football team neatly disposed of the Longhorns and the kids had the next day to relax a bit before the big dance.

And, by relax, I mean; run around like crazy people, curling hair, painting nails, picking up boutonnieres and generally making their parents insane with the Homecoming Nerves. Or, maybe that was just at my house. 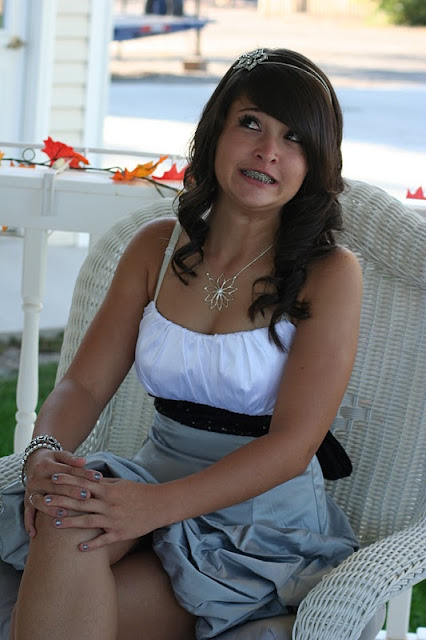 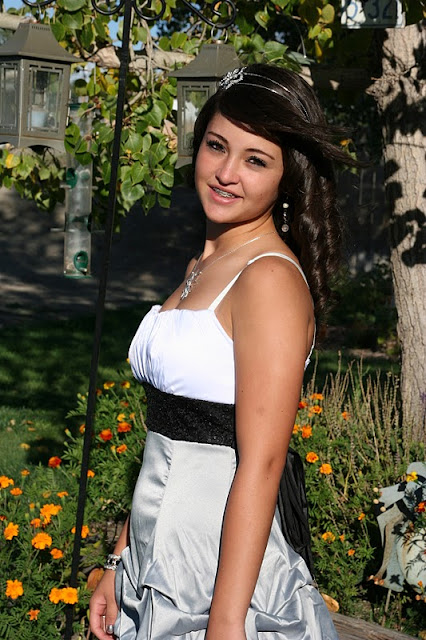 Despite her nerves, The Teenager managed to get her date's boutonniere pinned on with a minimum of fuss (I'm lying). 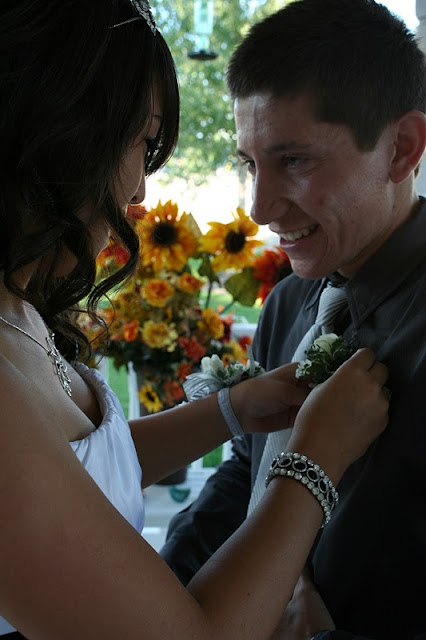 Boutonniere pinning is hard, y'all.
Then, after the requisite three million photos... 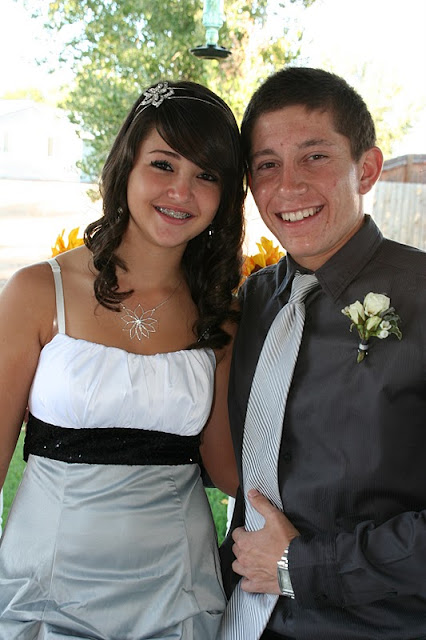 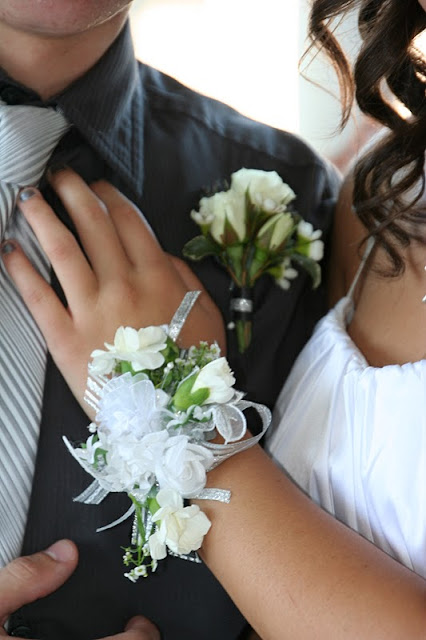 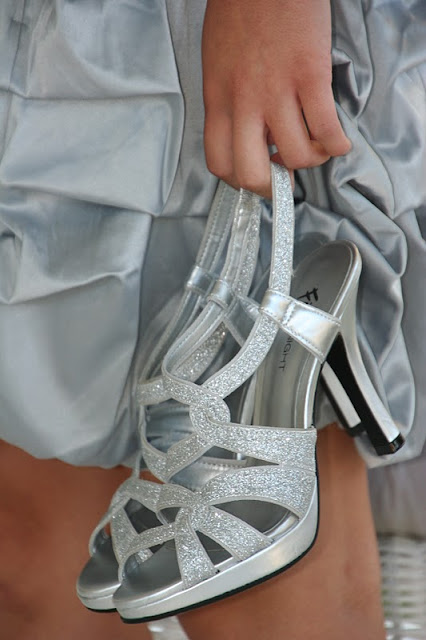 ... the two jetted off the porch and out of the driveway like they had just committed a crime. And I was barely even chasing them, I swear. 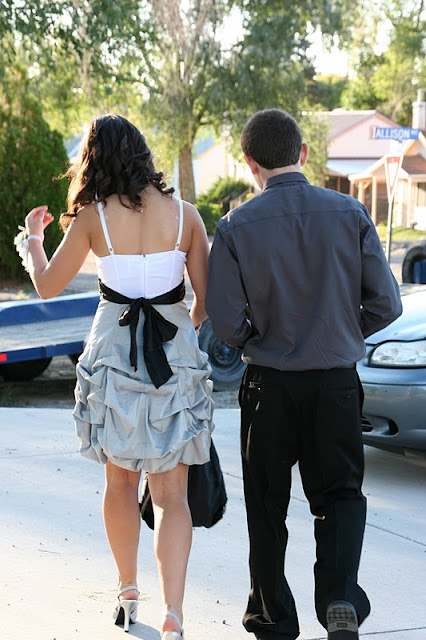 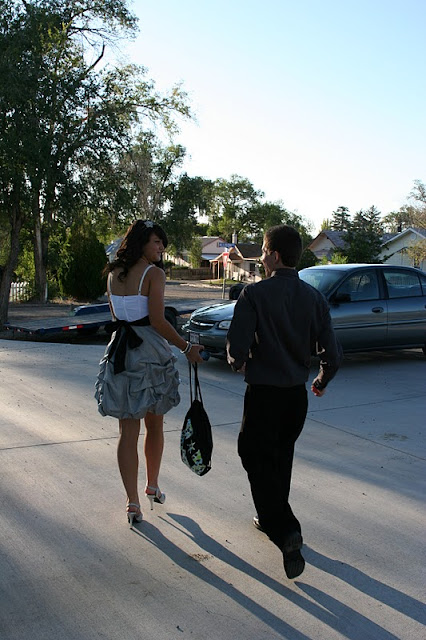 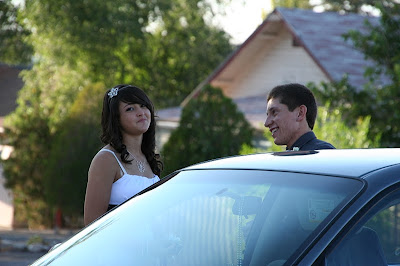 Don't lie, you were totally chasing us.
In my defense, I might be annoying her with the camera now but, someday she'll thank me for preserving these preshus High School memories. Someday. 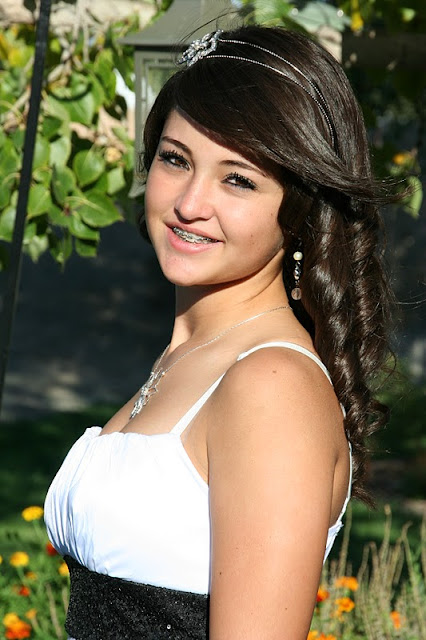 Now, if you'll excuse me, I need to lie down. This has been a really taxing week for me; that camera isn't exactly light, you know.
Posted by Chelle at 10:33 AM