It's All Fun and Games Until Someone Dislocates an Elbow 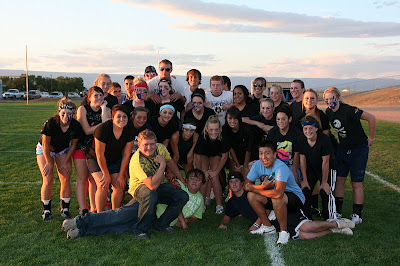 The annual Homecoming Powderpuff Football game pitting the Senior/Sophomore team against the Junior/Freshman team took place under the lights of the High School football field this evening. 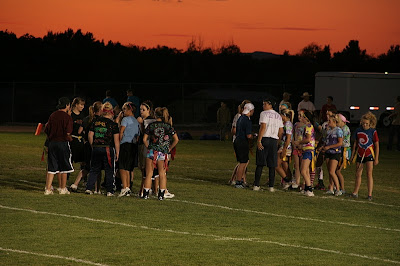 Despite getting a late start due to the misplacement of some vital equipment (flags and the football), it was a helluva game; with the Senior/Sophomore team taking an early lead, a lead they would retain until the game was abruptly ended by an injury to one of the players on the Junior/Freshman team. For the record, dislocated elbows are nasty to look at. I'm guessing one is no picnic to feel, either. 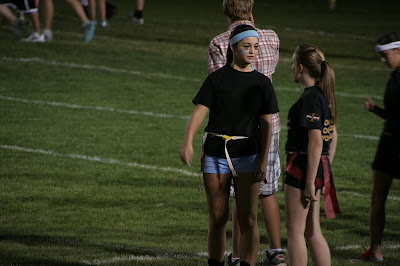 Did you see that? That shit's gnarly!
Anyway, The Teenager and her team emerged victorious, the injury to their competitor is likely easily-treatable and a good time was had by all. Except for the girl who had her elbow dislocated, I mean, obviously. 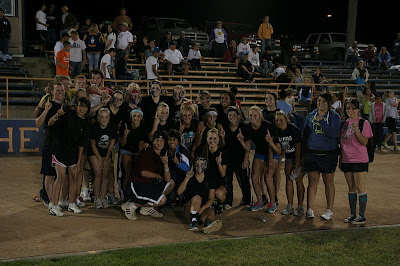 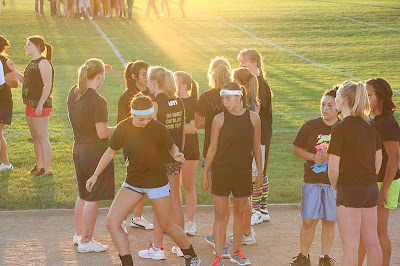 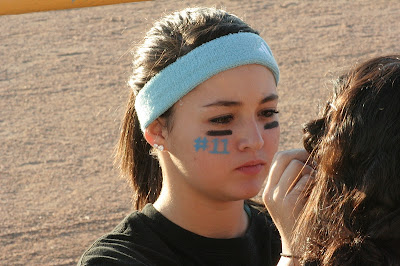 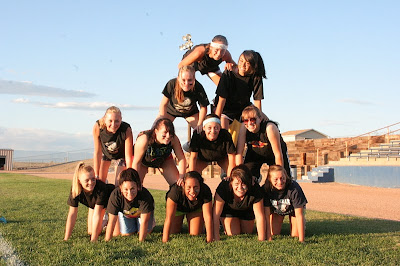 No Powderpuff players were injured in the making of this pyramid