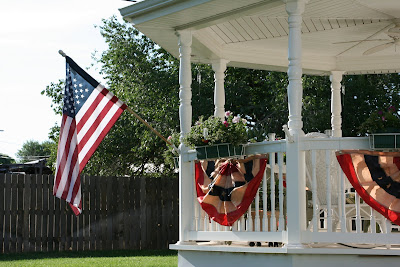 10 years ago today, I was conducting my first Board meeting as the Executive Director of the Hooterville Tourism Bureau. I had been promoted from Assistant to the Director to Executive Director when the prior Director lost her shit and went crazy on the Board. It was not an ideal way to obtain a position and I don't recommend it but; there it was.

The job was slightly intimidating, the Board members even more so and, I was a bit nervous that morning.

The meeting started at 7:30, Mountain Time, 10:30, Eastern Standard Time and the attacks on the World Trade Center were well underway.

We didn't know that, of course; we were thirteen people in a small Board room, people with a genuine interest in the economic future of our small city. People oblivious, for the moment, of the changes that were about to take place in the airline industry, an industry vital to that economic future.

Shortly after 8:00, a secretary came into the room with coffee and scones; she delivered the first news of the attacks; a plane had flown into the World Trade Center.

Someone, I thought, is going to get so sued.

I wish it had been that simple.

We finished our business that morning and the Board members departed. I joined several people in the adjoining office suite to watch as news of the Towers' collapse went round the world. We watched as The Pentagon burned and stared in gape-mouthed horror at a scorched Pennsylvania field and something became readily apparent; no one would be getting sued.

Instead, our world was about to change, irrevocably.

At home that day, I had a five-year-old and a two-year-old; children far too young to understand the importance of the events that were unfolding.

Today, I have a fifteen-year-old and a twelve-year-old, children who have grown up with the knowledge of the loss sustained in The Towers that day and, of the tragedy of lives cut short in the Pentagon and on that Pennsylvania field. They are completely unaware of what it is like to live in a world were every plane that passes overhead doesn't trigger an emotional response, where shoes have nothing to do with getting on an airplane or where news coverage of the war doesn't feature prominently on the television and on the Internet. The saddest part is; they didn't lose that innocence, they never got to have it; which is yet another blow delivered by the terrorists that September day.

But, the terrorists didn't win that day. Our country was not defeated. It was damaged, yes. Changes happened because of those events but, basic humanity overcame. People from totally different walks of life came together to pick up the pieces, to offer comfort to the families of the victims, to rebuild.

That day, we were strengthened. The steel of our nation was tempered in the flames of the terrorists' hatred and the nation came out stronger.

That strength is the legacy of 9/11, a beautiful autumn day during which the world was changed, forever.

And I was in a Board room with twelve strangers who, ten years later, I call friends.
Posted by Chelle at 11:41 AM