I'm Not Running a Charity Kitchen for Rodents Here

Remember all those sunflowers that I didn't plant this year? 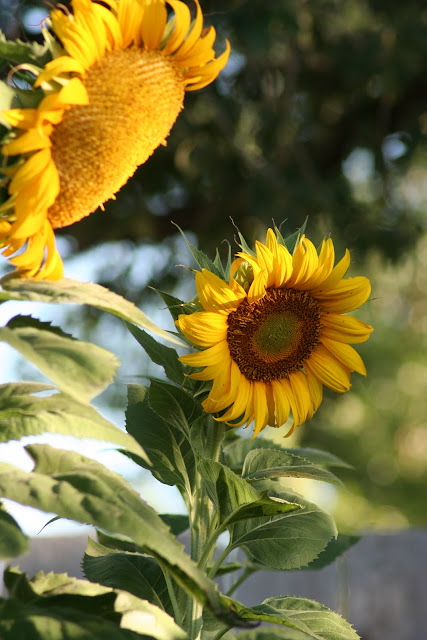 Well, those sunflowers are now heavy with seeds, seeds that cause the sunflowers to hang their heads low and seeds that I fully intend to brine and roast for next year's baseball season because; I may not have planted them but I am not above enjoying the bounty of their crop.

Unfortunately, I am not the only creature interested in enjoying that bounty and, yesterday, I discovered irrefutable evidence of mice in the garden, specifically on the sunflowers.

So, I did the reasonable thing; I Googled "Mice on my sunflowers". The results were...not very helpful (Watch yourself, Google; I may have to quit you) so, I did the next reasonable thing and I started asking customers at the hardware store how to deal with the problem and, God bless those old farmers because they were a wealth of information and advice which is why my sunflowers are now sporting cheesecloth turbans over their heads. 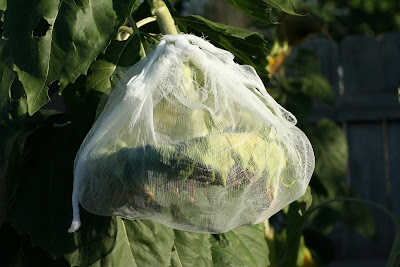 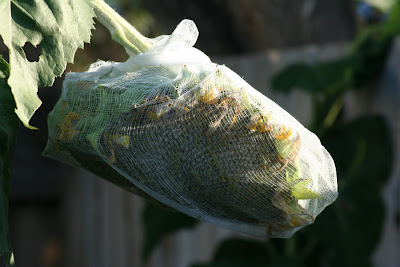 Theoretically, the turbans will keep the mice from getting at the seeds before I harvest the heads, sometime within the next two weeks. I must admit, I'm not totally convinced; I've seen mice chew through Rubbermaid containers just to get at a Payday bar, I'm not sure a thin sheet of cotton fiber is going to deter them but; the old farmers were pretty certain so....we'll see.

On a completely different topic, The Teenager has her first weekday home volleyball game today which means that she was required to dress up for school (back when I was in school, we dressed up to travel for games; things have certainly changed. Also, where is my Metamucil because that sentence just made me sound about a million years old, damn) and she wore the cutest outfit, evah, see: 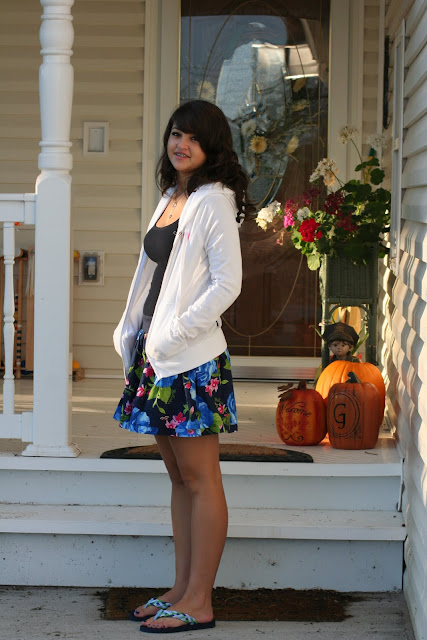 The Man-Cub has an "away" game, today. He wasn't required to wear a dress. 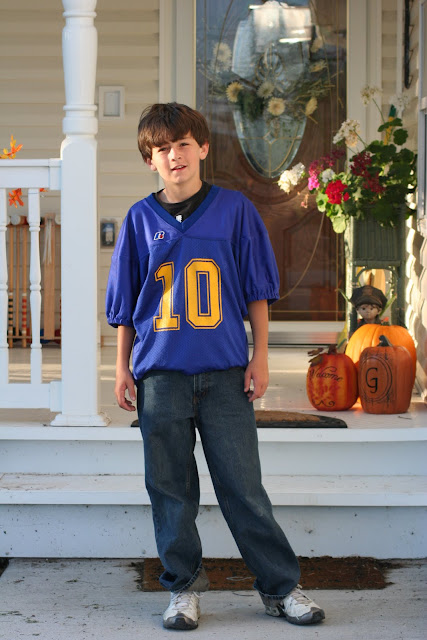 But I could have whipped him up a sweet little cheesecloth turban, had he wanted to wear one, which, for the record; he did not.